design indaba 2016: helen isibor-epega is a nigerian-born, london-raised, singer-songwriter, composer, performance artist, and fashion designer; and the only constant member of the creative collective the venus bushfires. her work explores the ethereal sounds of the hang, the power of the talking drum, and the quirks of children’s toys cross-fertilizing multiple visual and musical styles.

drawing influences from avant-garde, psychedelic, tribal and meditative arts, as well as 70’s musical pioneers, including fela kuti and can, helen isibor-epega composes music and writes stories that explore the sensual and the spiritual. 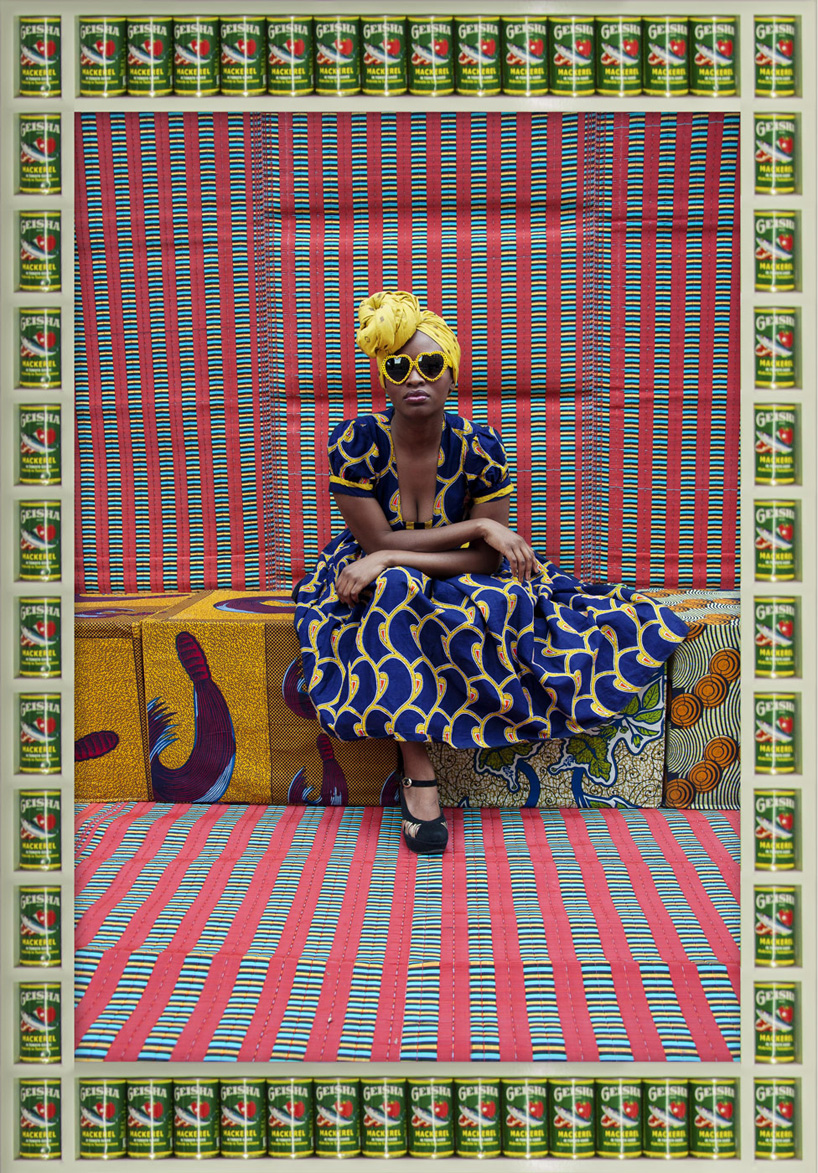 her music is described as being neo afro folk, with her collaborations including music creation for disney, christian dior, oxfam, sony playstation, the british asian trust (one of prince charles’ personal charities); with her her scores having also been featured on french television and in documentary films. isibor-epega has also played percussion for sir paul mccartney, and in 2015 wrote the world’s first pidgin (broken english) opera ‘song queen: a pidgen opera’. she is also the founder of just a day, an intiative that creates and facilitates world class expressive arts workshops through art, dance, drama, music, poetry and storytelling to engage, educate, empower and inspire.

designboom sat down with the leading lady of the venus bushfires to discuss the role of music in her life, what feeds into her creativity, and what she would like to see improved in the african music scene. 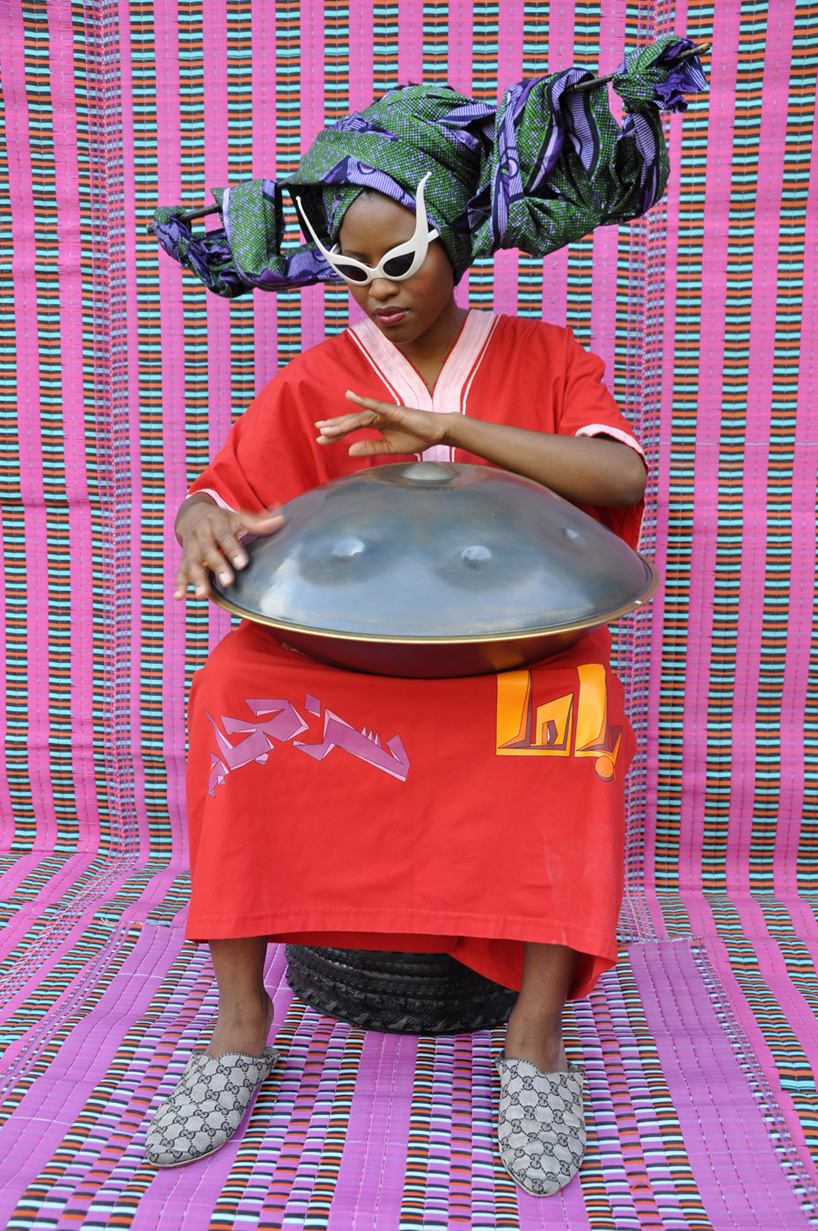 designboom: why did you use pidgin english for your operatic work ‘song queen: a pigdin opera’?

helen isibor-epega: pidgin to most of the public seems to be just a colloquial language, but for me I think it’s something to celebrate, something to be proud of—to celebrate language that brings people together. the reason why I am so passionate about this opera is because it’s democratizing the concept of opera itself, which to many people appears distant and inaccessible. I think that’s why people are interested in my art, because it’s a bit unusual… something that hasn’t been done before. 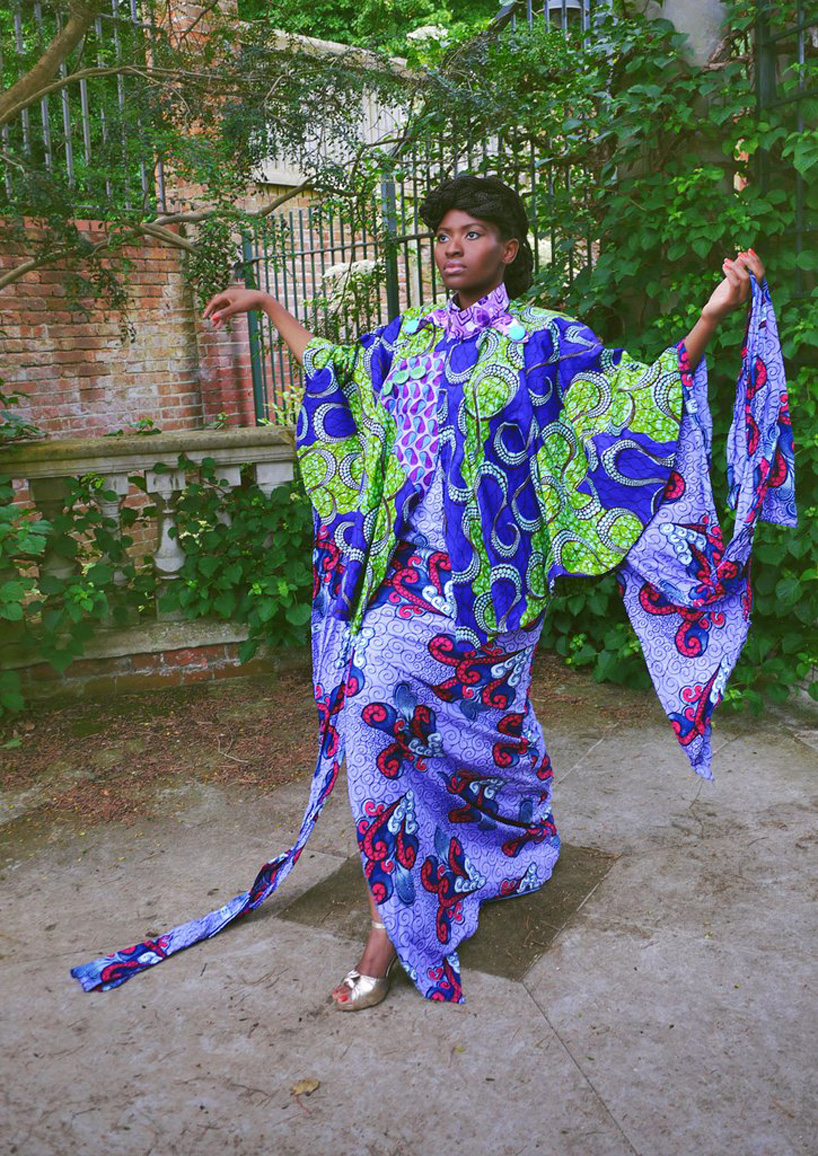 ‘queen idia gallactic’ meaning: celebration of the first queen mother of the ancient kingdom of benin
each cape is one-of-a-kind and part of the venus bushfires collection

DB: what is the aspect that you would like to see improved in the african music scene?

HI: we have a very long musical tradition in africa, but it’s not very much supported. if you have a good idea in europe, you can get funding, this does not happen here: it’s harder to get training and other kinds of help from the community. however, we have a lot of artists doing great work, but what we are not doing is creating hubs of support for them, so what happens is that when old musicians pass away, as people do in life, their knowledge and skills go with them, because there is no opportunity in which to pass them on to the next generation. 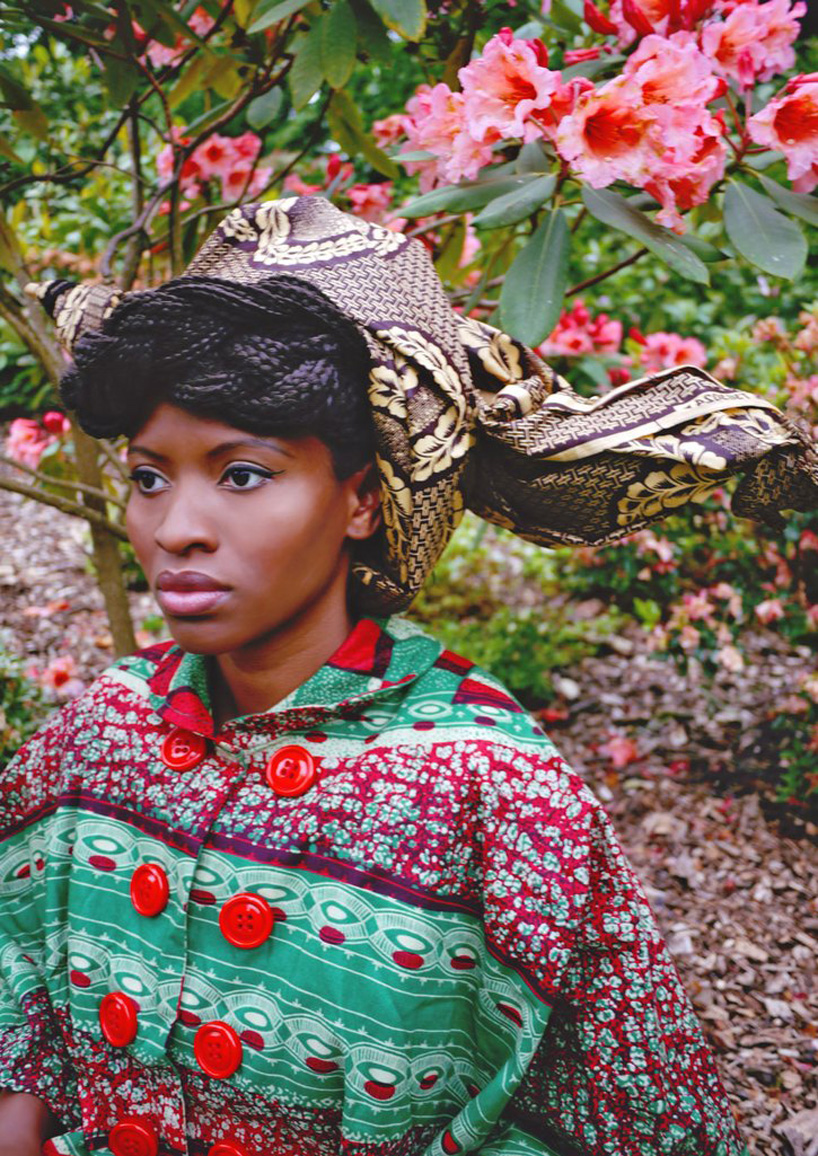 ‘osasuki antares’ meaning: the goddess of moon and of hunting who dances in the night sky
each cape is one-of-a-kind and part of the venus bushfires collection

DB: what is the role of music in your life?

HI: it is what I want to spend my life doing. I didn’t choose to be born where I was born, when I was born. I am glad I was, but I didn’t choose any of these. I hope I will leave this earth many, many years from now, but, also in this case, I don’t have a choice, other than trying to be healthy. the bit I have a choice about is the middle part of my life, which to me is also the most important part— not where you started or where you will go, it is the journey in between. I am curating my life through sound and music. you can inspire people to do better and create a kind of surrounding that is nicer for everyone. I know it seems like a fairy tale, but I think it can be done. 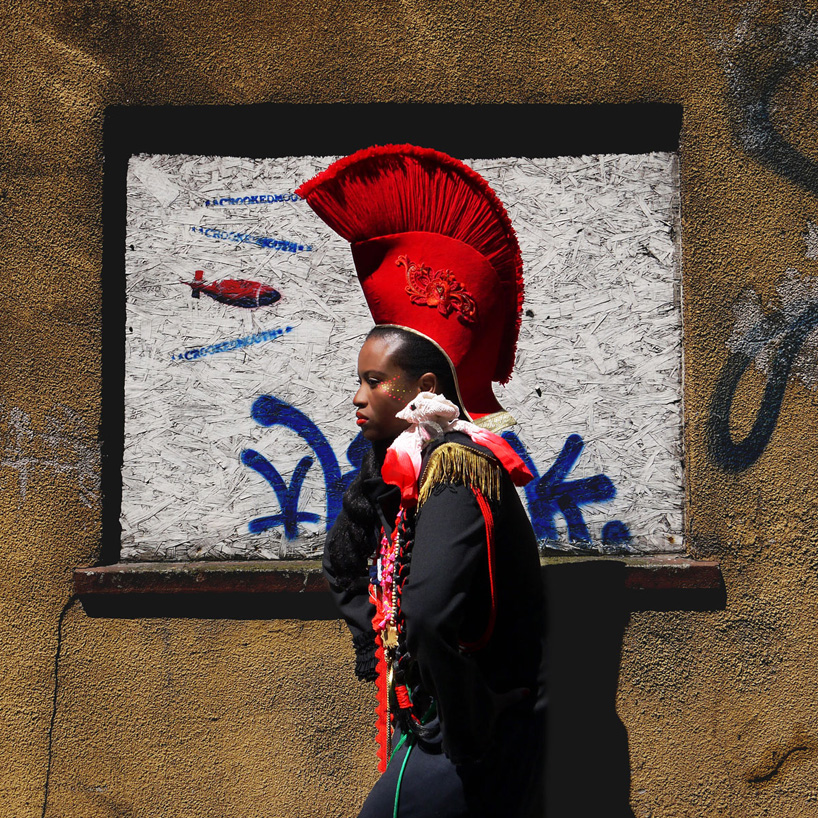 DB: what currently feeds your creativity?

HI: I am pregnant at the moment, so this is something that is inspiring me a lot. not only to create for me, but also for my child. as a musician I really believe that the world can be made a better place through music and art. 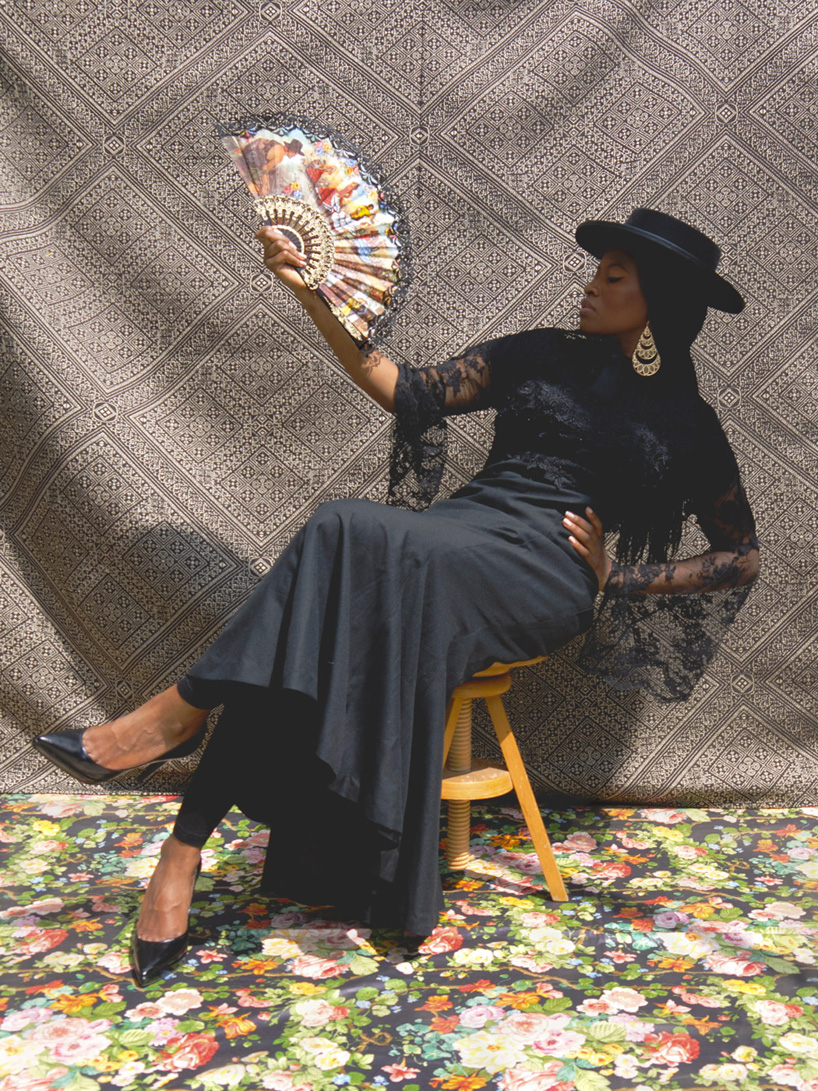 DB: do you have a motto? 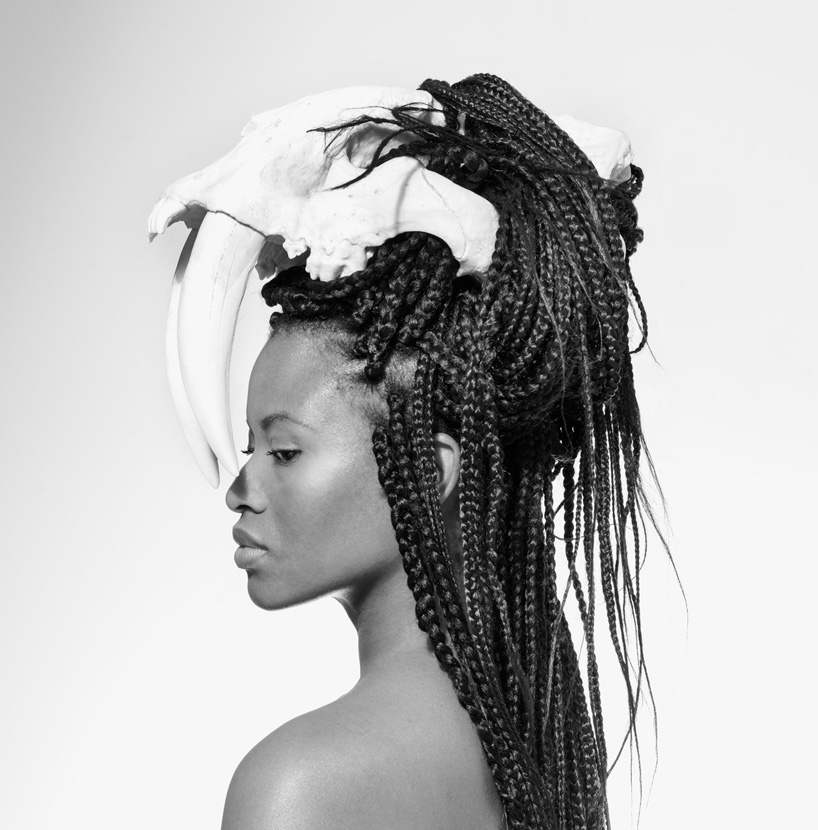 helen isibor-epega was a speaker at the 2016 design indaba conference in cape town, where she discussed being an optimist, dreamer and musical storyteller who uses her art to build bridges across cultures. watch her talk below: