a snapshot at some of the shortlisted entries

a compilation of the shortlisted entries from the BREIL design time competition, the video showcases submissions from all over the world. overall, 3037 designers from 96 different countries participated in the challenge of developing the ‘next icon in watch culture and design’. organized by designboom in collaboration with BINDA ITALIA, the jury was composed of:

an introduction to the shortlisted entries video © designboom

BREIL and designboom kick-off milan design week 2012 by celebrating the next icon in watch culture and design.  on tuesday, april 17th, you’re invited to join us for the DESIGN TIME BREIL AWARD CEREMONY in the evening, followed by a party later that night to celebrate the BREIL award winners and designboom’s 13th birthday!  click here to find out more about the party and the exhibition. 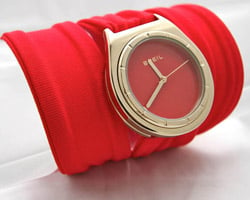