since 2005, designboom has been organizing the designboom mart — a cultural show that hosts a curated selection of emerging designers from around globe, offering them the opportunity to present their self-produced wares in a larger trade fair setting. this unique exhibition platform gives young creatives a stage in which to share their ideas with like-minded individuals, showcase their work to potential producers and network with people of the design industry. the designboom mart has become widely recognized as the ORIGINAL, and first ever design bazaar. since our first presentation at the ICFF in new york, we have successfully curated more than 30 editions to date in major cities across the globe — from valencia to stockholm, sydney to tokyo.

we’ve just returned from our fourth designboom mart in toronto, a programme of the interior design show (IDS). we presented 21 creative professionals from around the world — from melbourne to bogotá — who introduced their self-produced and limited edition objects to the canadian market. 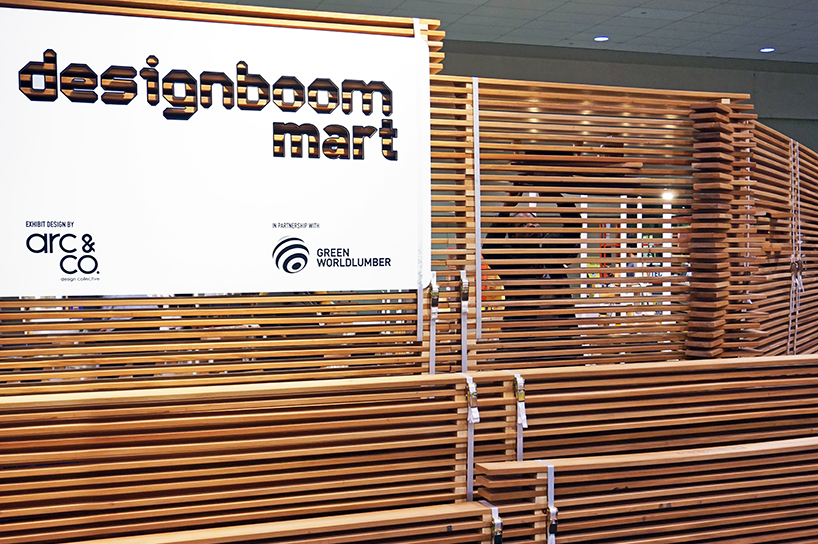 once again, annie chou and robert joel cortez of local studio arc & co design collective created the exhibition design for the designboom mart booth. working in partnership with green world lumber, arc & co was challenged to design the mart space using plantation-grown fijian mahogany without damaging or cutting the wood. in doing so, the concept of sustainability took center stage. every single piece of lumber in the space will be reused, and all other components will be donated to habitat for humanity. ‘as designers and global citizens, the space reminds us that it is our responsibility to judge good design not by how much it takes from nature, but by how much we give back to her,’ the designers describe. see images of the build-up in the gallery at the bottom of the page. 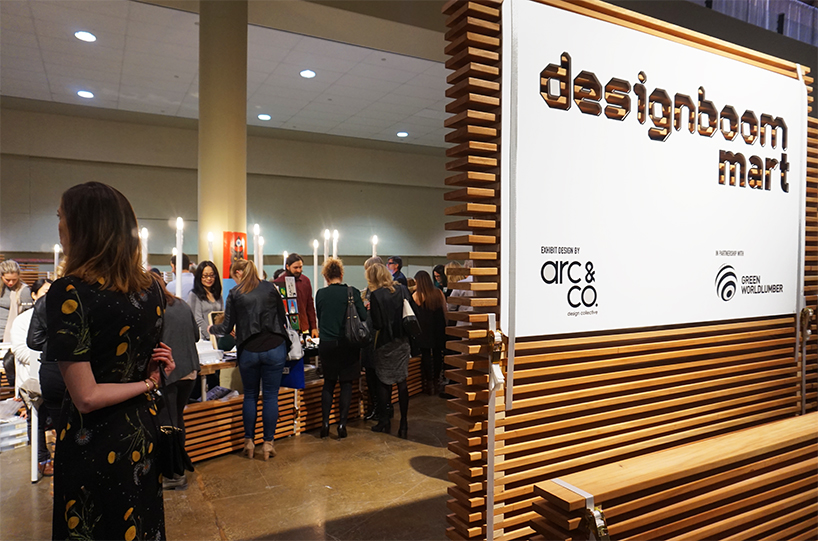 our talented group of 2016 designboom mart toronto participants include: 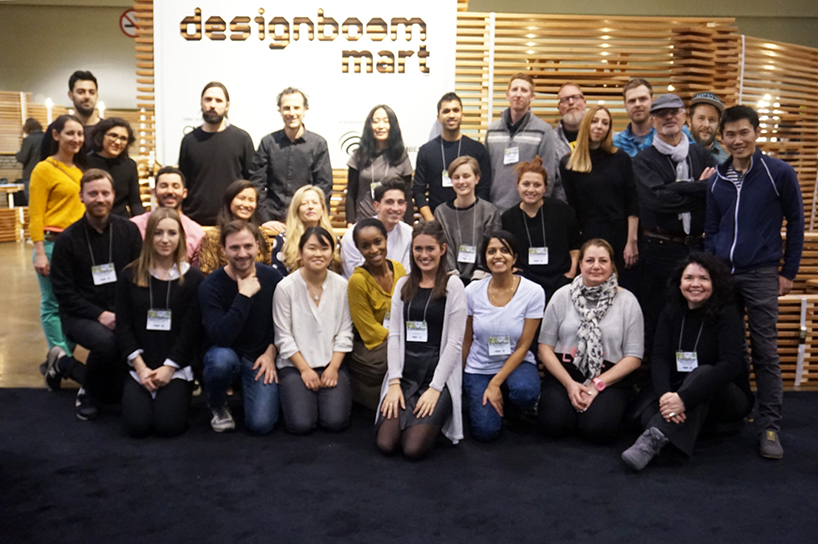 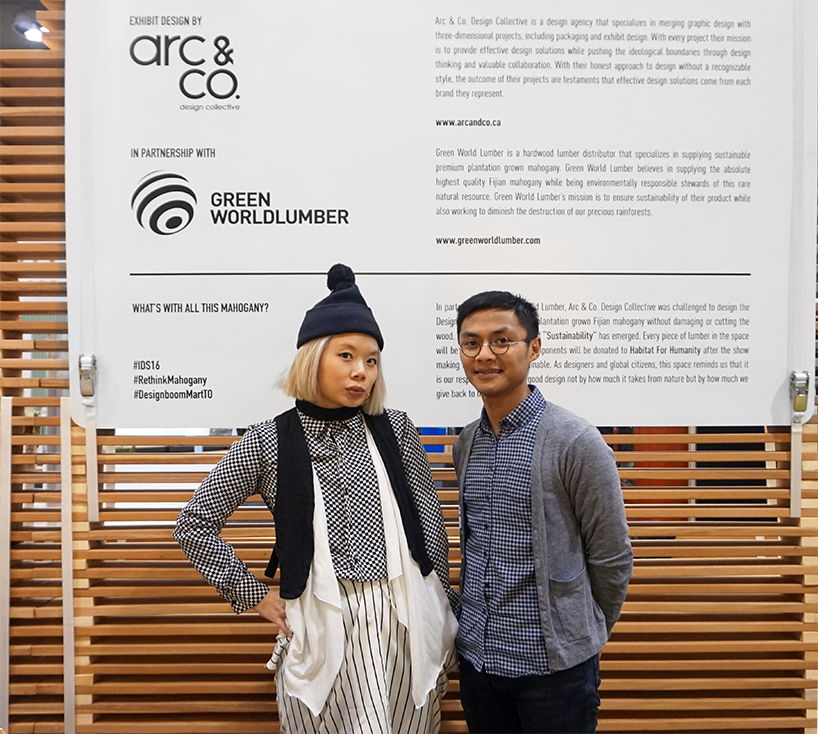 Another busy day in @designboom mart. Stop by to see all the creative designers and artisans who are participating this year and take in the amazing space designed by the crazy talented @arcandco_imagines in partnership with @greenworldlumber #IDS16 #toronto #design #designchangeseverything #event 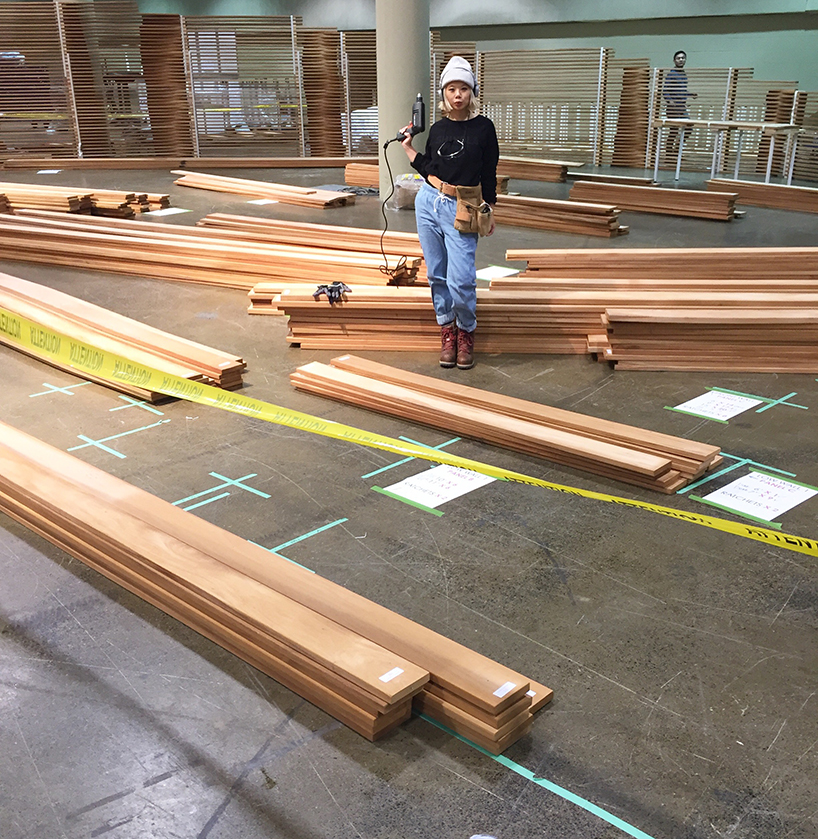 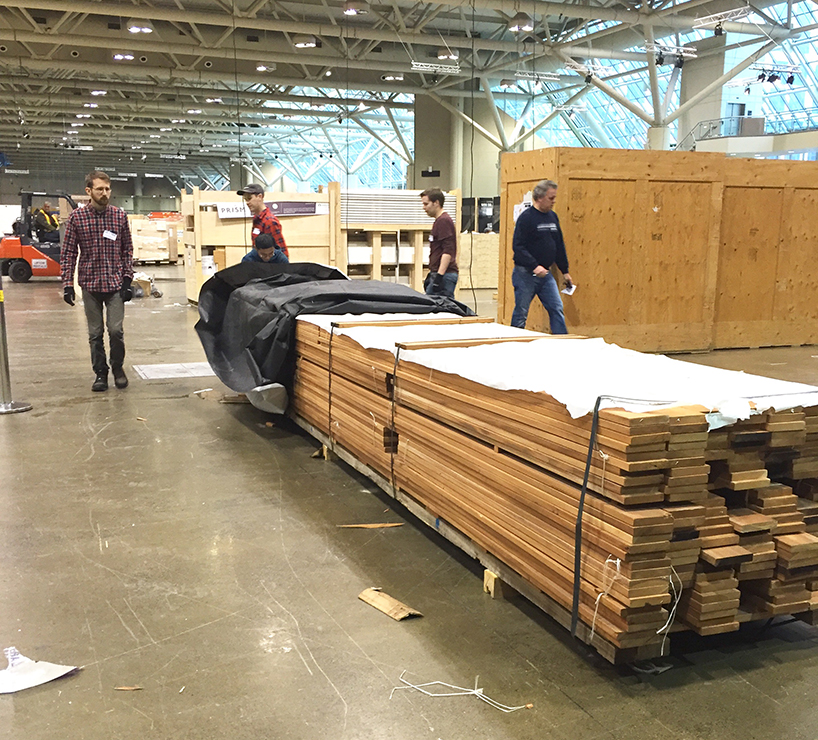 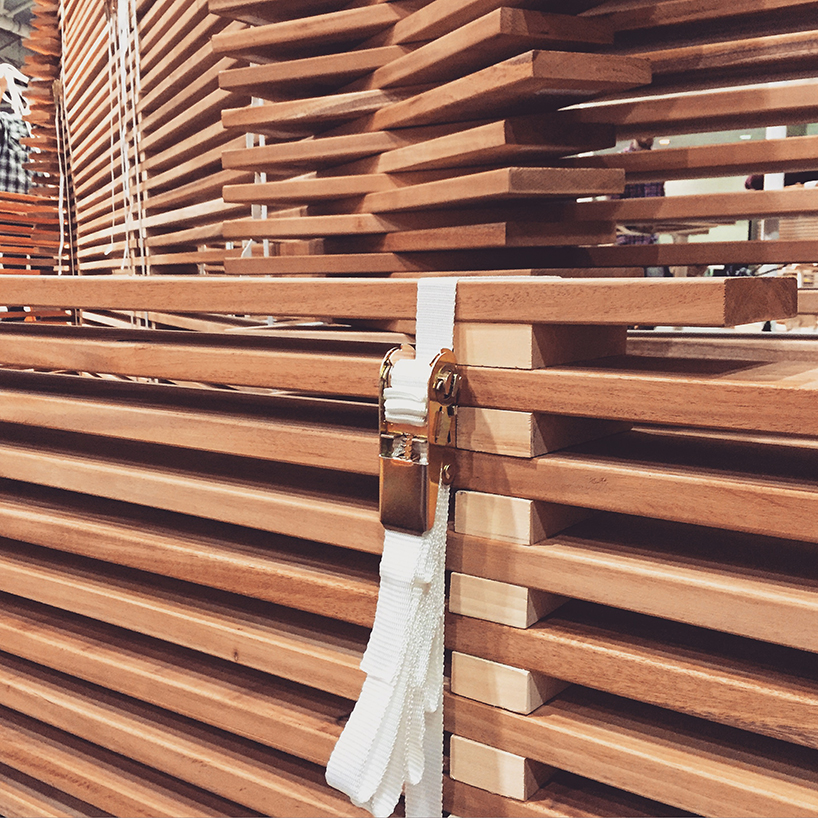 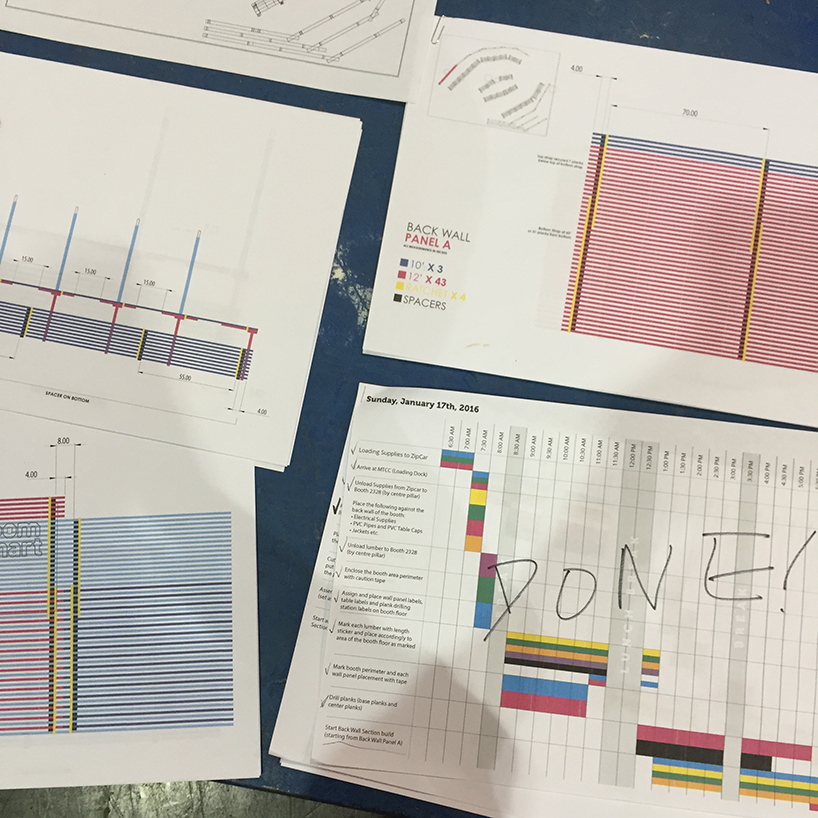 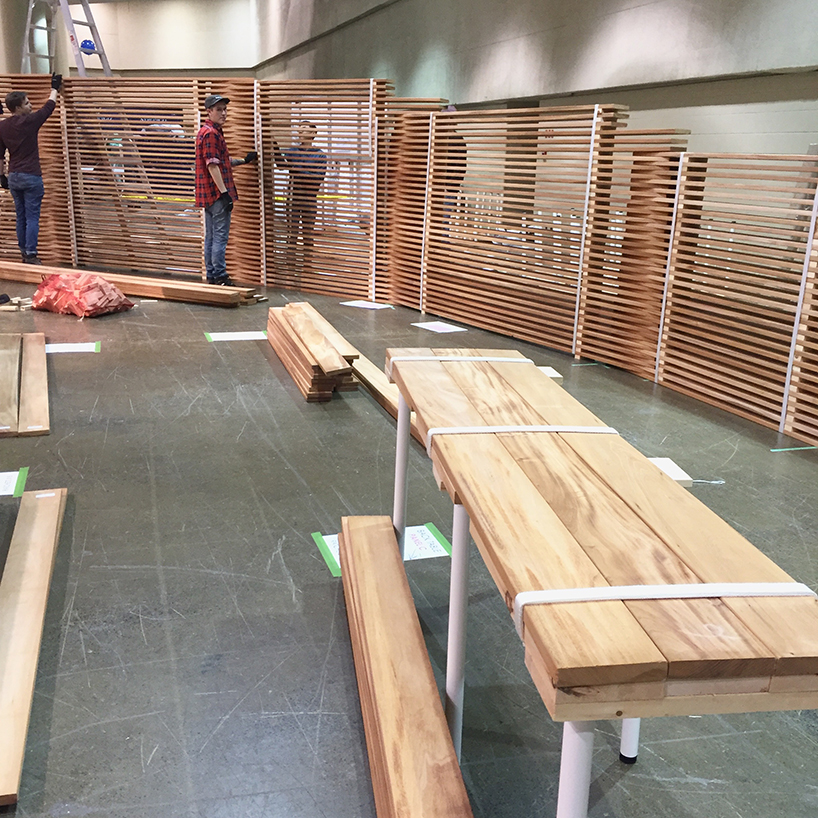 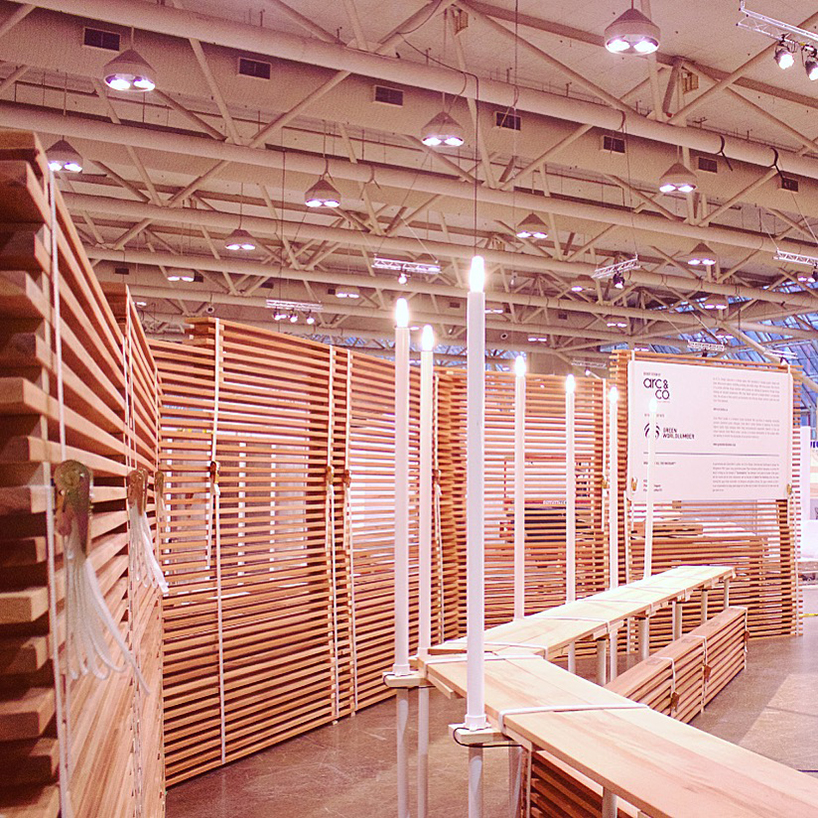 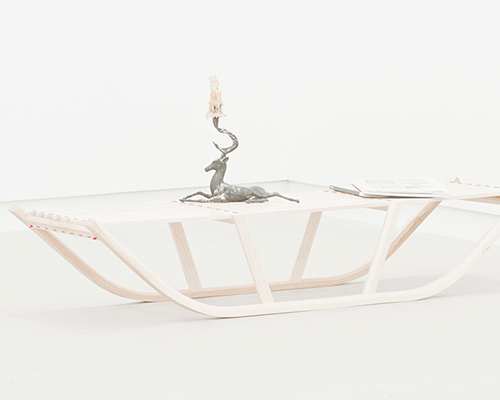 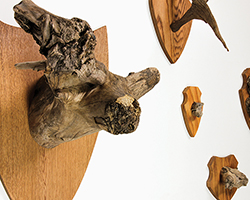 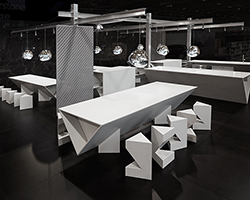