the designboom mart celebrated its 30th edition!
in 2013, designboom reached a celebratory milestone by putting together its 30th edition since the first mart at the ICFF international contemporary furniture fair in new york in 2005. since the introductory concept of design-led marts, we have given new life to pop-up exhibition culture – which is inherently now seen through-out the largest cities around the world, helping young designers transition from start-ups to professionals. 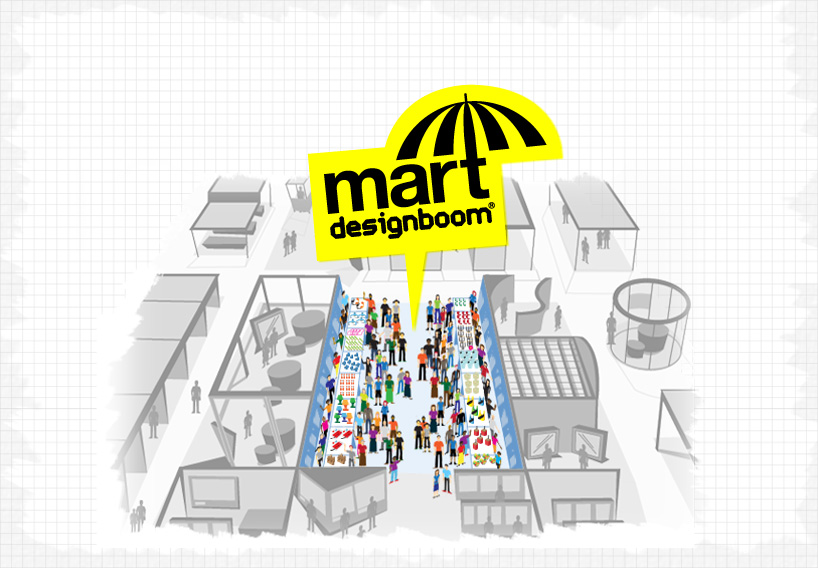 designboom is doing trade shows right.
design fairs are a fantastic occasion to reach like-minded people (curators, press, general public) as well as industry professionals. they are all in love with design and want to know the stories behind the ‘products’, they like to shop and the designboom mart is the place to do it. the designboom mart is widely recognized as the ORIGINAL, the first ever design bazaar. in early 2005 designboom created a completely new formula of exhibition and since then we have organized over 20 international marts worldwide, that combine high-profile design with a popular street market setting, making up the cultural program of trade fairs.

designboom marts act as a commercial fair’s palate cleanser. when the glossier offerings on the show floor start feeling like too slick a pitch, it can be refreshing to see a group of mostly young designers selling their own inexpensive wares in a PR-free marketplace. and if their products are more fun than clever, there’s usually something even more unexpected at the next table. thirty to forty-odd designers, from almost as many countries introduce their particularly inventive products to the marketplace for the first time, exposed to many potential business contacts.

designboom marts serve as a unique interactive platform for emerging and established designers to test their new ideas at a very low exhibition cost, prior to investing large sums into solo shows. many designers went on to achieve notoriety in the design business following their participation in designboom marts.

designboom marts are an unprecedented opportunity to meet the young designers and become familiar with their work. the group exhibitions see international design professionals personally presenting their wares. (prototypes and/or limited edition pieces) along with, various-samples. the designers have the opportunity to meet and discuss with customers, manufacturers, distributors, press and museum curators – verifying their designs and their packaging credentials. mart visitors can purchase intelligent, useful and quirky items for a symbolic price, anywhere between 10-100 USD (or the equivalent in the currency of where the mart is held, YEN, EUROs etc.). the designboom marts are truly international – designers come from over 30 countries, and partially cover the travel costs through the sales that they make. over the intense days of exhibiting and socializing designers have the chance to discuss their work with other professionals from different cultural backgrounds.

check out the video from our tokyo mart in november 2012.

video © john briscella of aminimal, a participant of the tokyo designboom mart 2012

previous mart exhibitions:
(click on a logo to see a report from the event)

PLEASE NOTE,
after launching the new designboom site, there might be some pages that are still not working properly, we are working on it! please understand, and thanks for your patience!

design biennial in saint etienne
international creative festival
produced and managed by
the city of saint-etienne.

state of design festival
is the public face of the victorian government design victoria strategy.

near parma, italy, the path is over 3 kilometres long and entirely made of 200.000 bamboo plants belonging to many species. it is a maze for losing oneself in, »

near parma, italy, the path is over 3 kilometres long and entirely made of 200.000 bamboo plants belonging to many species. it is a maze for losing oneself in, for fantasising and reflecting. 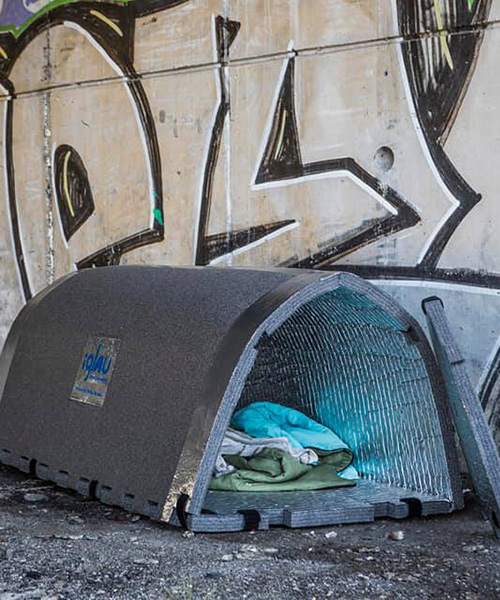 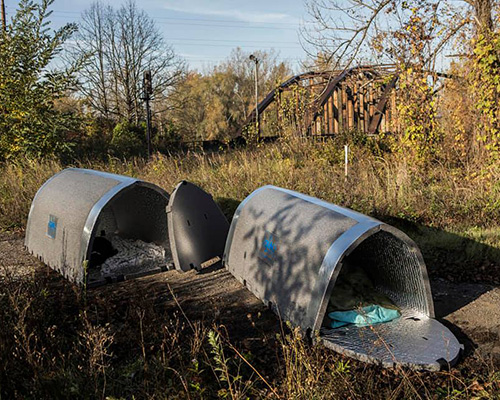 iglou is an insulated, waterproof shelter for homeless people

iglou is both compact and foldable, allowing it to be built without any loose parts in just seconds.

iglou is both compact and foldable, allowing it to be built without any loose parts in just seconds.

×
keep up with our daily and weekly stories
504,061 subscribers

keep up with our daily and weekly stories
504,061 recipients