german designer and architect stephan henrich’s work intersects the realms of architecture, narration, design, and robotics. he runs his design studio and robot laboratory in stuttgart and is developing robotic processes automatizing the production of architectonic structures. when he collaborated with sintratec, a swiss provider of selective laser sintering (SLS) solutions, he asked himself where their collaboration would head and how to result would look like. the answer lies in ‘the cryptide’, a 3D-printed shoe specifically designed to be laser sintered on the sintratec S2 system with flexible TPE material.

the creature-like footwear consists of a sole with an open design, combined and printed together with an upper shoe that is not much more than a sock. as its name suggests, the sneaker is inspired by so-called cryptids – mythical creatures such as bigfoot or loch ness monster that may or may not exist. ‘if you wear this shoe, you will leave traces as a cryptid would do,’ henrich explains. specifically made to be 3D printed

henrich’s design is specifically made to be 3D printed on the sintratec S2 system with a single material: the rubber-like sintratec TPE elastomer. ingeniously, by varying the wall thickness, specific parts of the footwear become stiffer, while others remain flexible and soft. this makes the cryptide not only ergonomic but also comfortable to wear. ‘I think TPE is a great material for designing shoes,’ henrich summarizes. ‘‘I wanted to have first and foremost the sole that is only doable in SLS production, so you have this open design where you have four trajectories that come to the ground in a specific place and then an upper shoe that is printed in one shot with it. overall, this is not so much more than just a sock and this was the idea that led to this design.’ 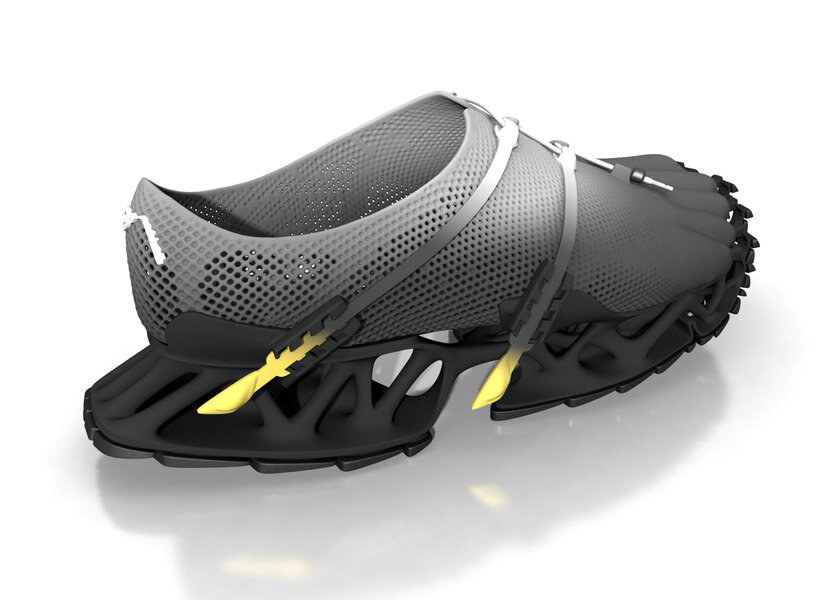 from comfort to flexibility, the cryptide sneaker offers the users an opportunity to shape it based on their size. ‘so, is it possible to wear this in real life?’ henrich asks. ‘yes, I would say you can wear it in real life. the whole shoe is one material, so this is, all as well the TPE, a nice thing. also that you can adapt its shape to the personal foot, so you can really scan your foot and have the upper shoe be adapted to your autonomy.’ 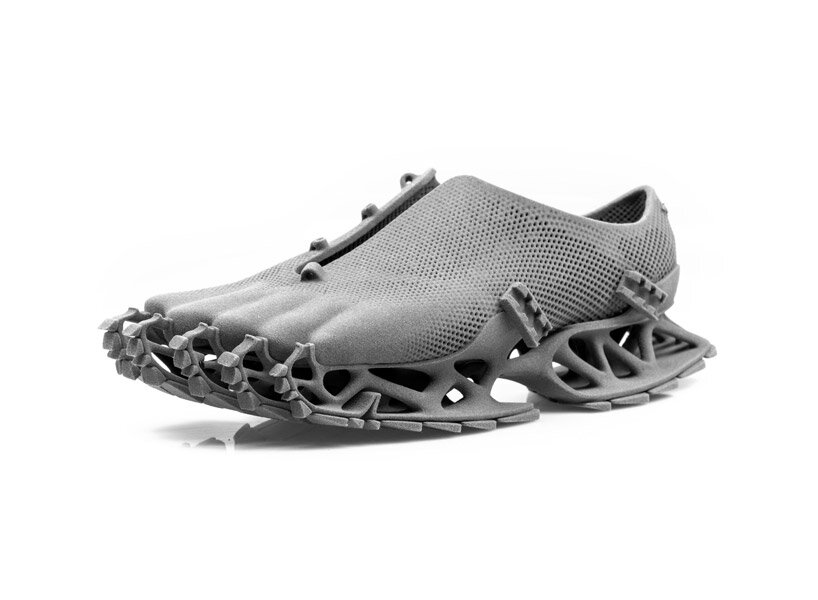 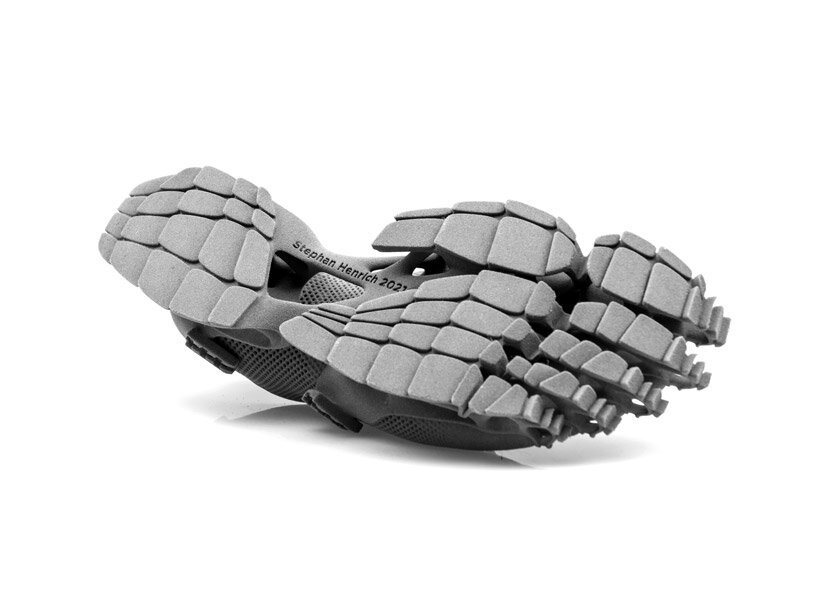 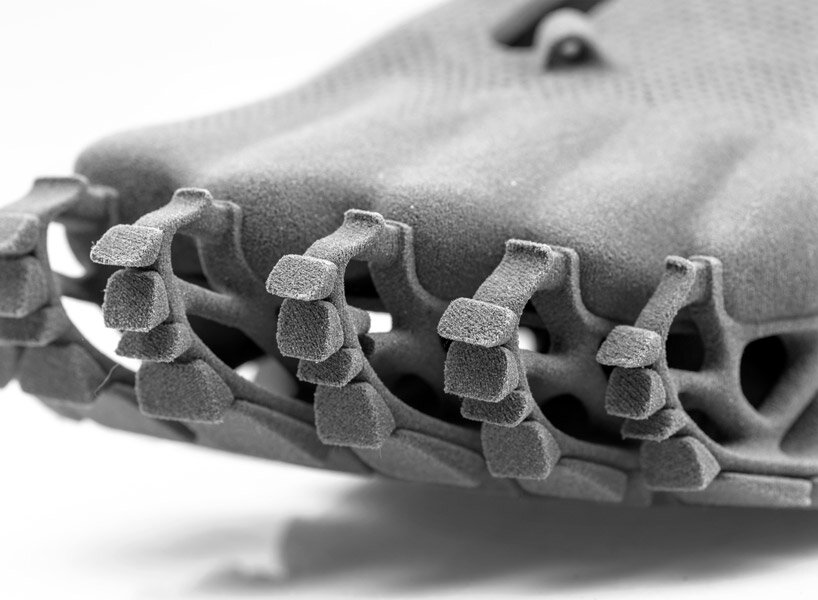 a closed-up view of the footwear 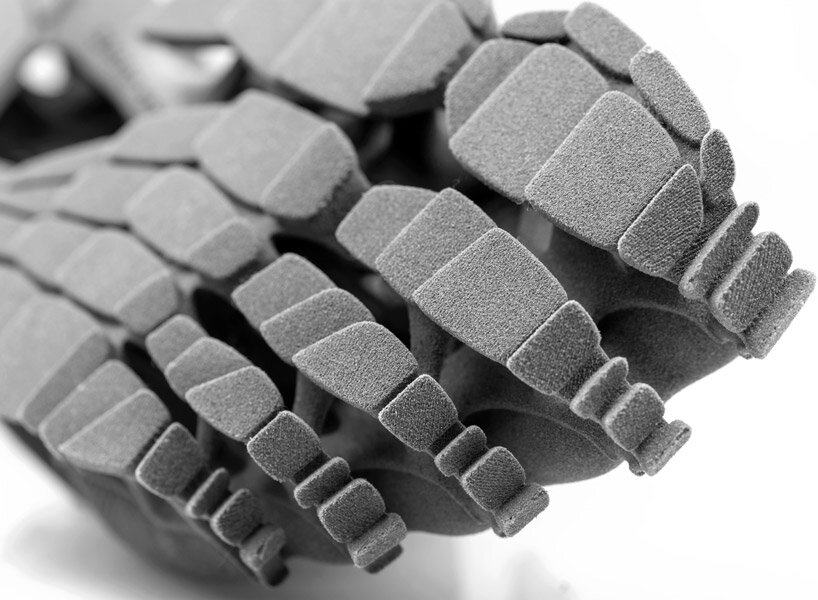 a closed-up back view of the shoe 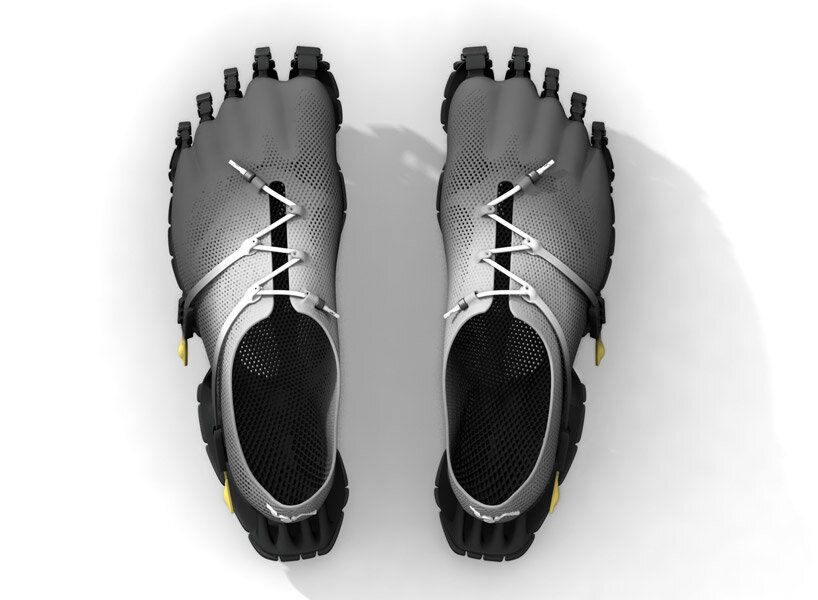 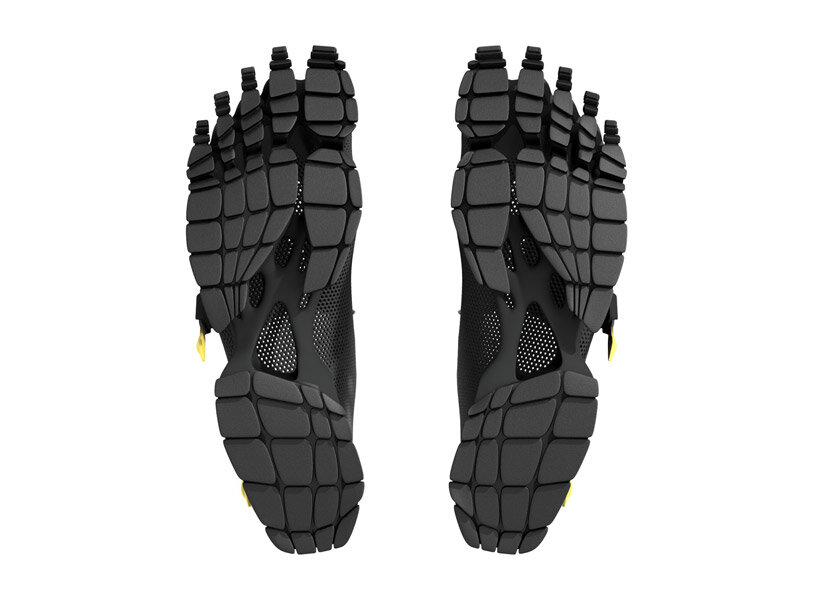 the soles of the cryptide 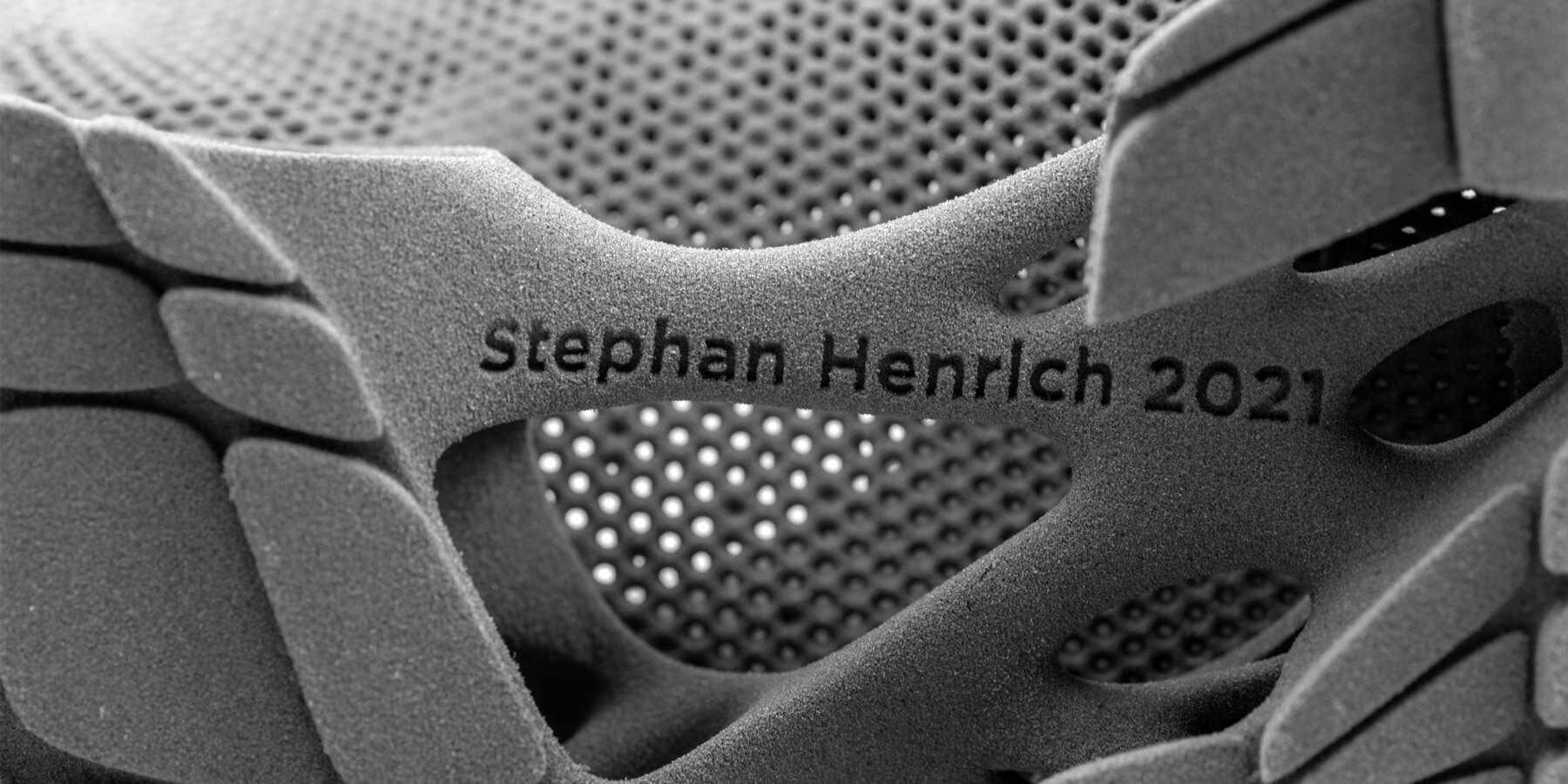 the designer’s name on the sole