native is a new design producer founded by designers robert young and dhiren bhagwandas to fuse craft and technology. the company recently debuted their first collection – ‘collection one’ – designed by the melbourne, australia based bhagwandas. native formed from conversations between dhiren bhagwandas and native’s director robert young, a designer with with over 15 years experience in producing furniture for the global market, with two large manufacturing facilities in melbourne.

designboom was on hand for the debut presentation during last month’s state of design festival in melbourne. the collection aims to explore ‘the relationships between objects, people and contemporary culture to develop practical furniture and objects for living and working’. bhagwandas explains the concept behind the collection, ‘native objects carry strong narratives that reflect a global perspective – exploring themes including natural phenomena, ecology and cultural identity’. the collection utilizes ethical material sourcing and production in all the goods they produce. while this first collection is reflective of contemporary australian culture, the designers hope to extend their reach to other cultures in future collections. 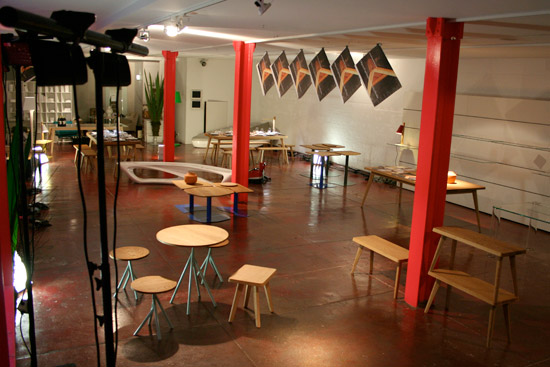 native collection one during state of design festival 2009 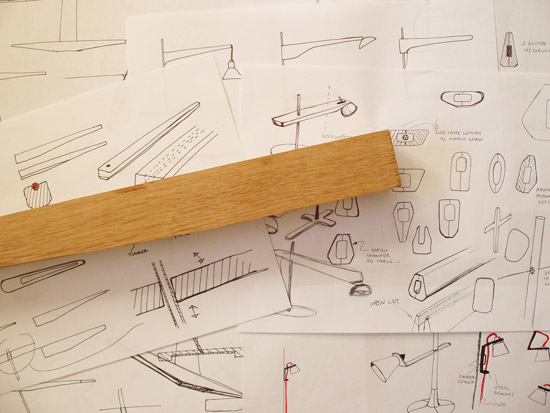 the making of native collection one 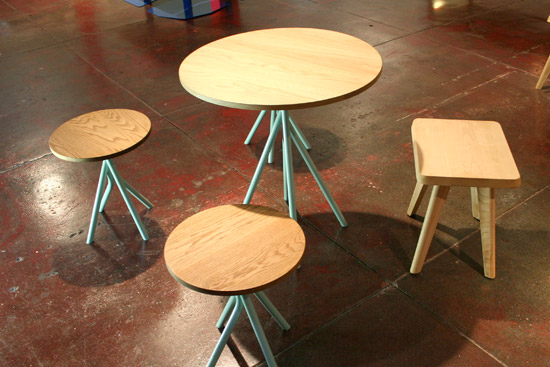 inspired by the mangrove swamps of western port bay, victoria, this table draws on both the structure and visual character of root formations. the weld beads have been retained to emulate the naturally occurring joins, while remaining true to the skill of the metalworker. 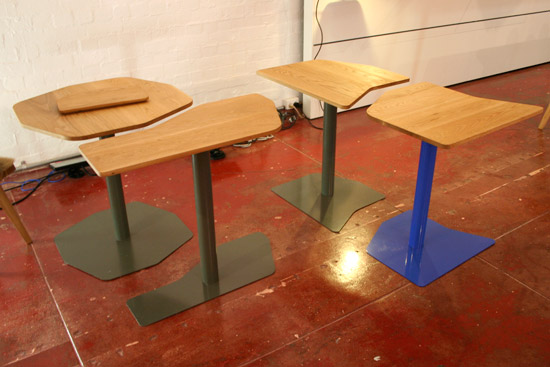 the rift tables and storage units trace the forms and movement of icebergs and the shapes found in cracked earth, both indicators of our changing climate. the tables and storage modules can be grouped together to form a continuous ‘land mass’ – separating to create random yet functional surfaces. 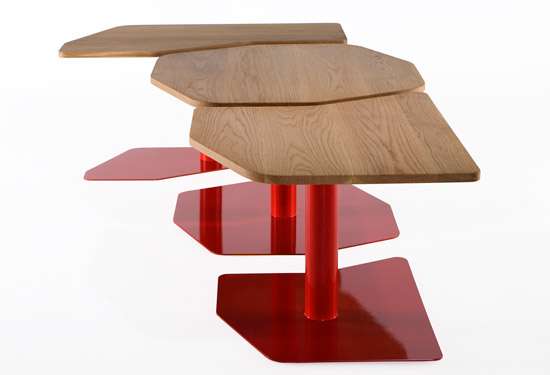 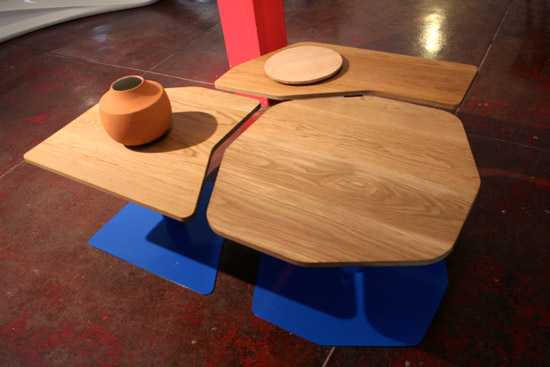 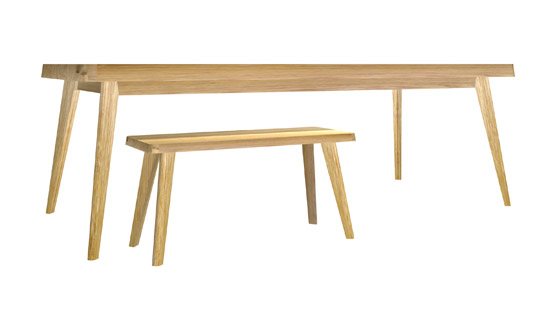 inspired by melbourne (the home of native) and its diverse cultural mix, the port of call table takes the idea of the ship as a cultural vessel, also observing the change from the physical migration of people and information to the electronic. ship building techniques are reflected in the ribbed timber structure, with legs and rails designed to accommodate electrical cables 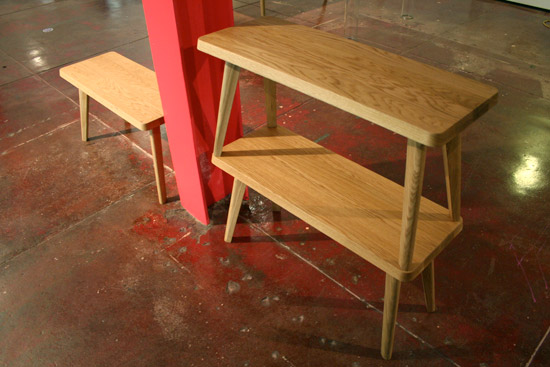 the worker stool is influenced by australia’s origins as a nation built on commodities and raw materials, an economy originally supported by migrant workers that is being forced to adapt to new global conditions. the seat accessory in kangaroo fur plays with the stereotypes of australian culture viewed through foreign eyes; also touching on the impact that imported species have had on the land. 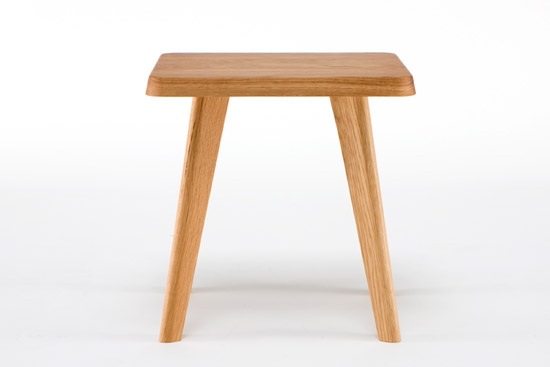 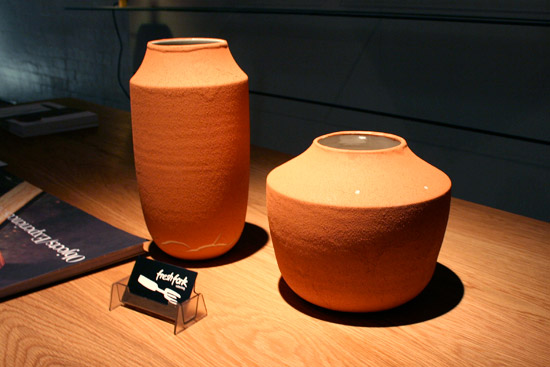 exploring the link between pottery and ancient civilisations, the artefact vessels place traditional forms within a contemporary context. the original form studies were hand thrown in clay and dipped in terracotta slip before firing, resulting in a cracked ‘historical’ outer layer over a glossy white form. 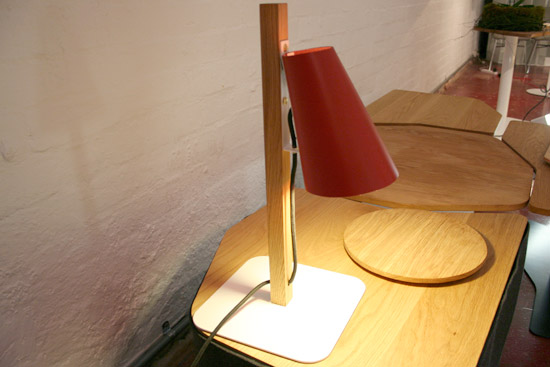 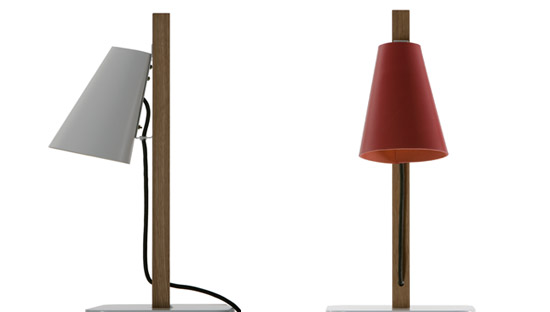 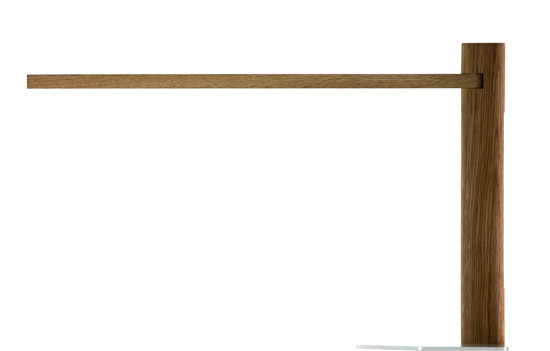 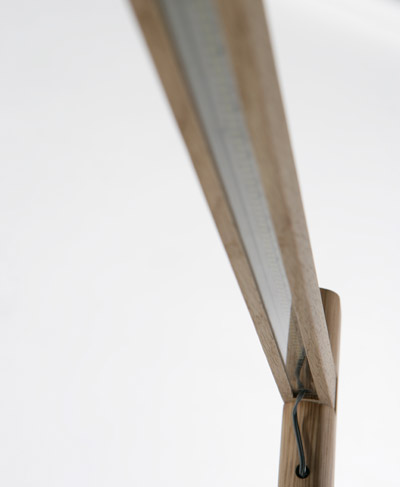 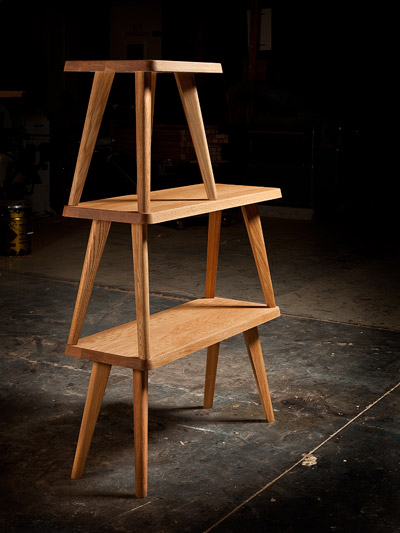 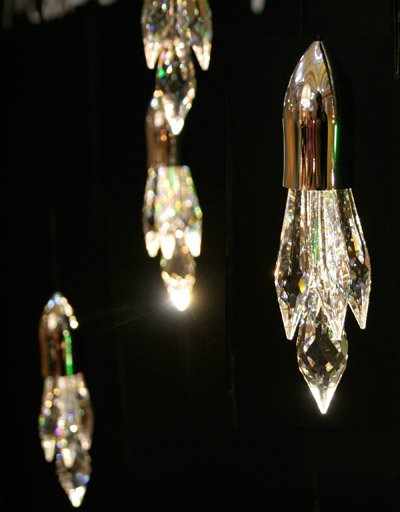 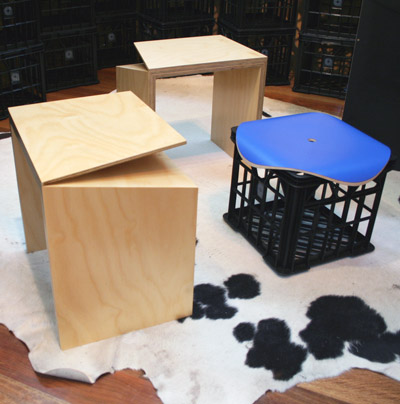 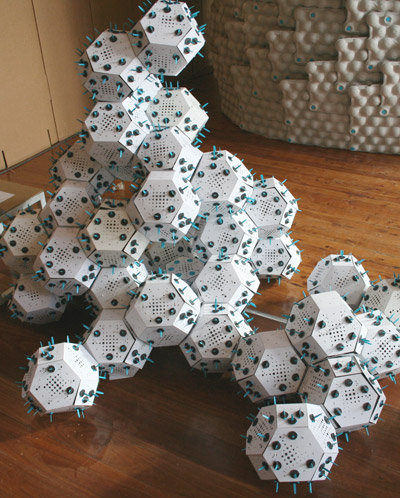 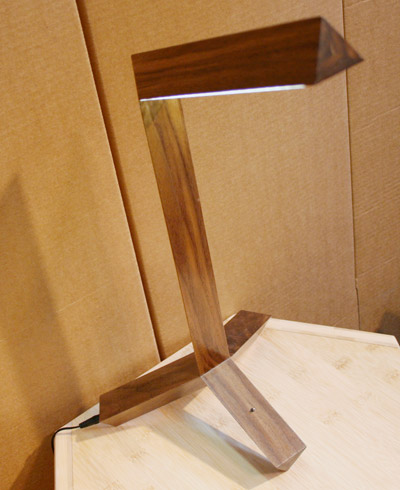 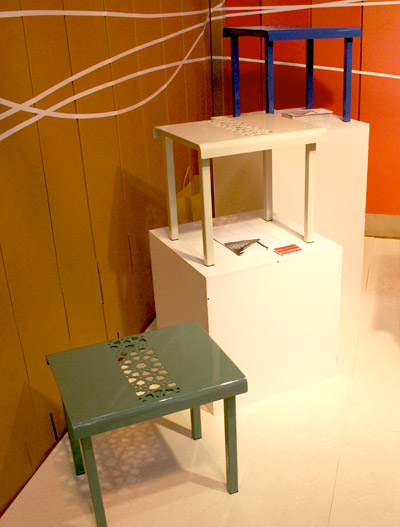