its slogan is ‘be stupid’.

how stupid is that?!? let’s look at the image, where the diesel jeans wearer is killed by an elephant. gee, that’s aspirational. this guy made an ill-fated investment in a garment.

diesel chairman renzo rosso chose a new artistic director bruno collin, founder and former publisher of the french fashion mag WAD, to oversee the creative. the shots for the campaign were taken by photographers kristin vicari, melodie mcdaniel and chris buck and the advertising agency responsible for the campaign is anomaly london.

‘the global jeans manufacturer is assuring that there is nothing dumb about being stupid. it is sure that the brightest ideas appear in the heads of those who are not afraid to express themselves. at first, these ideas may seem stupid, but over decades they start to rule the world.’

so here’s my stupid question: so stupid it’s smart perhaps? 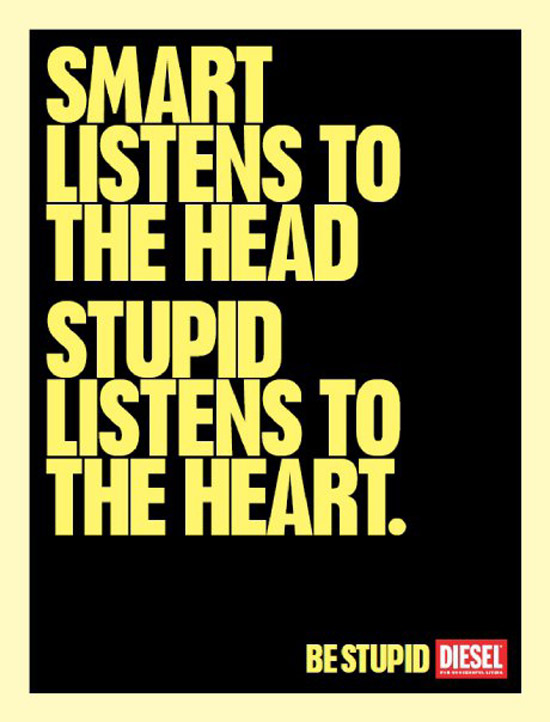 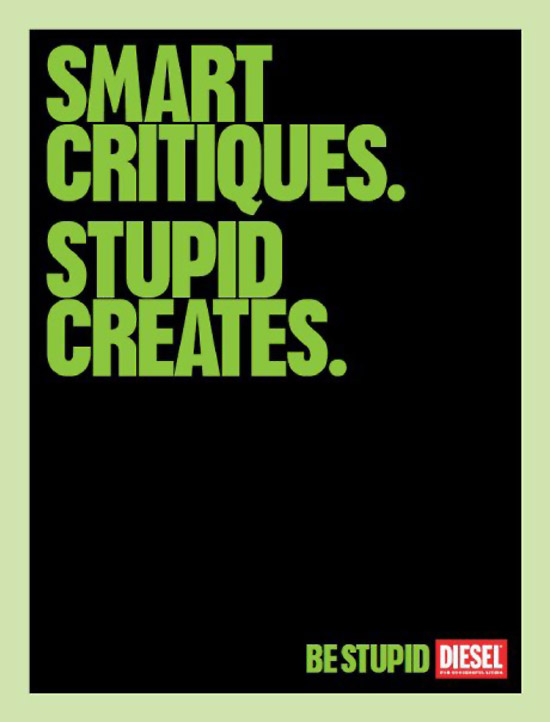 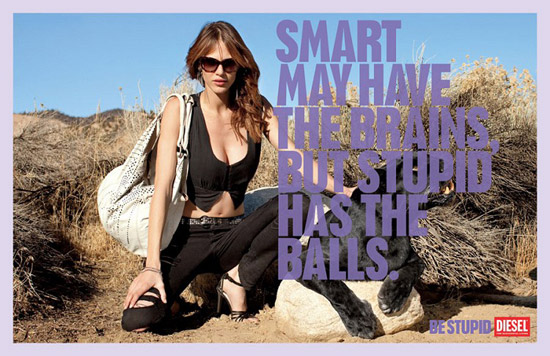 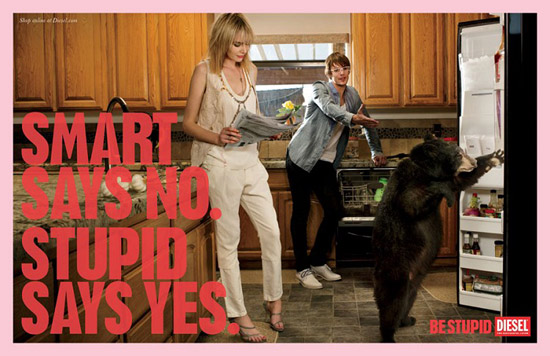 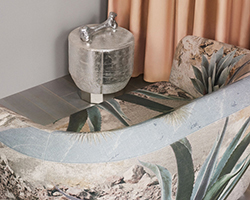 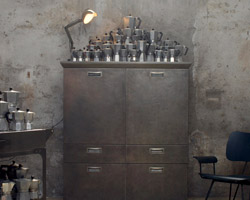 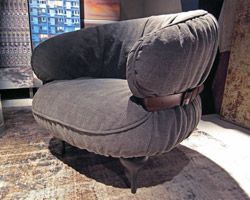 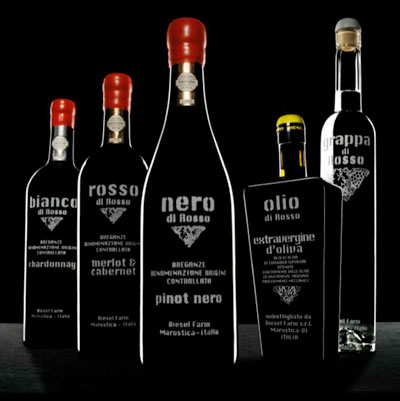