ECAL student dimitri nassisi has reimagined the fire hydrant as a multifunctional drinking fountain. styled in blue, the drinking hydrant‘s revision is meant to attract the attention of the community whilst signifying its new uses which include quenching people’s thirst, filling water bottles and hydrating pets. 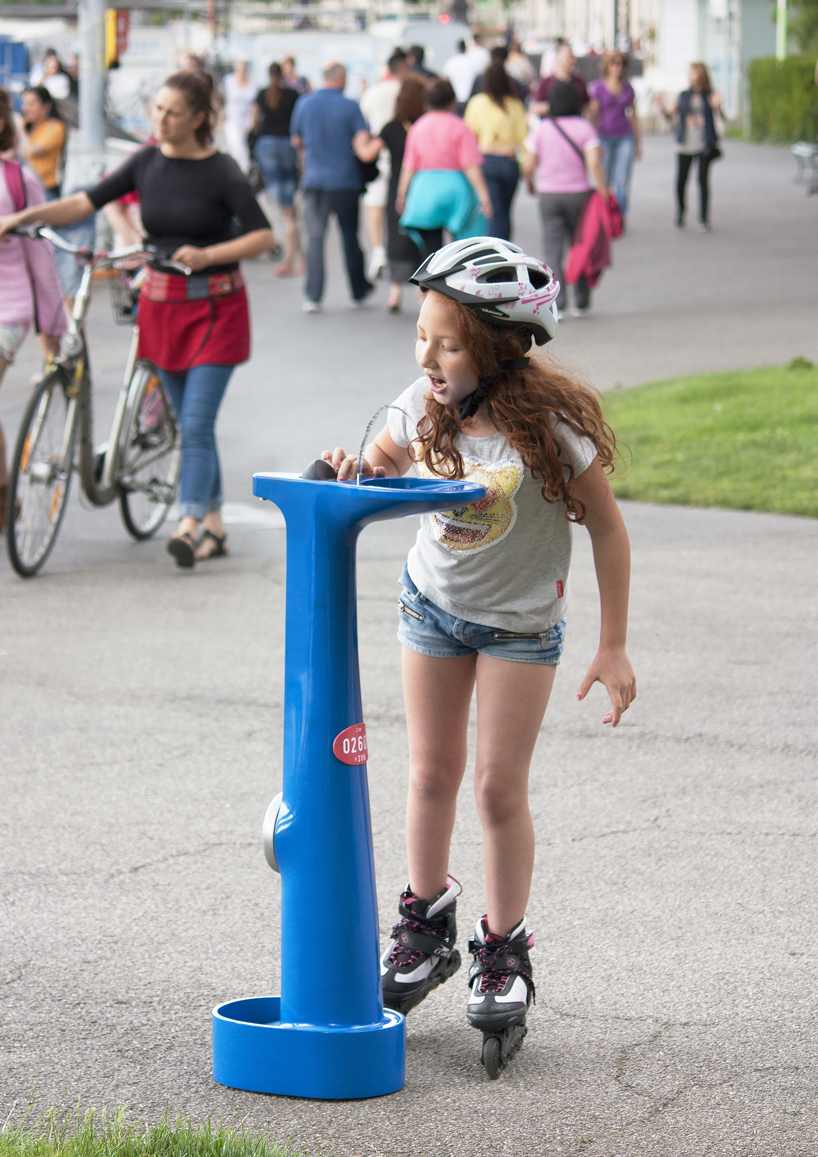 nassisi, who studied industrial design at ecole cantonale d’art de lausanne (ÉCAL) in renens, switzerland, wanted to create a new drinking fountain that was both intuitive, attractive and used existing infrastructure in the city. nassisi was motivated to use the necessary fire hydrants as an opportunity to offer the community a service. 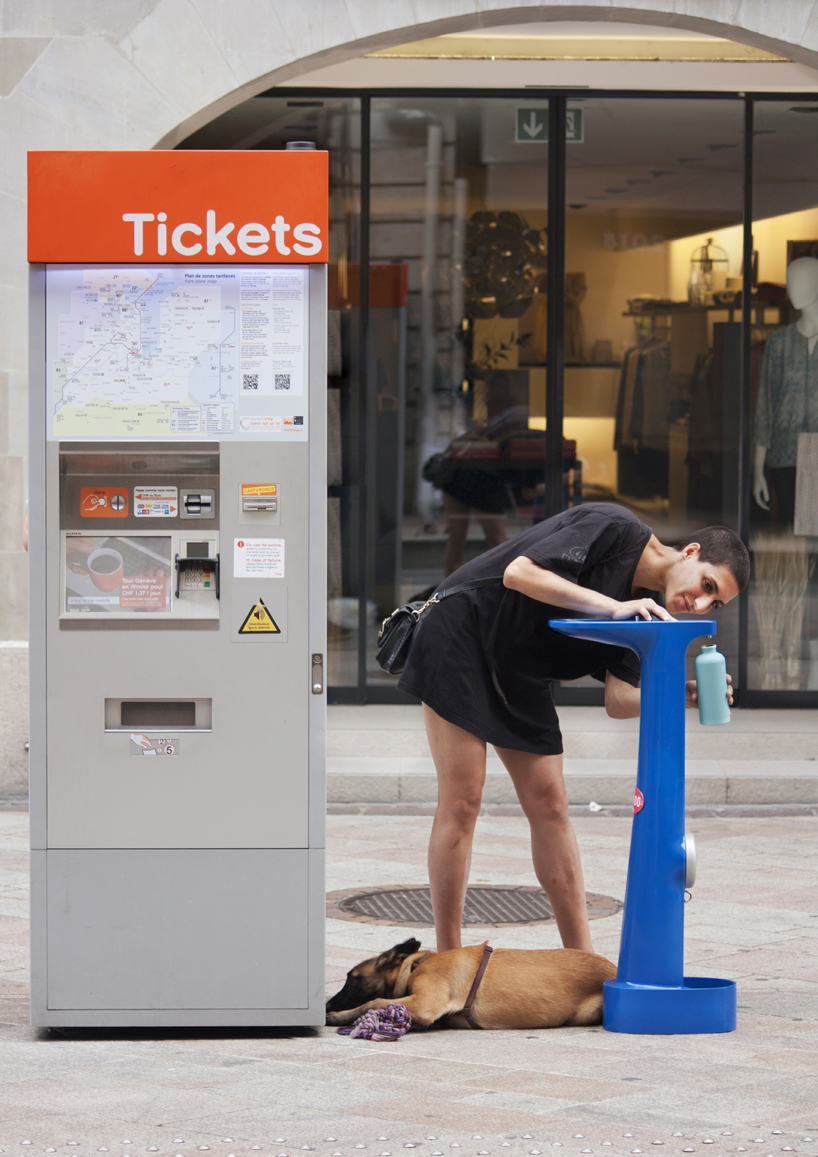 ‘throughout my research I found that in switzerland the hydrants are related to the clear water pipings’, nassisi explains. ‘all the infrastructure has an inner treatment to ensure that the water stays potable and we can find fire hydrants at every street corner. in this i saw a lot of potential.’ 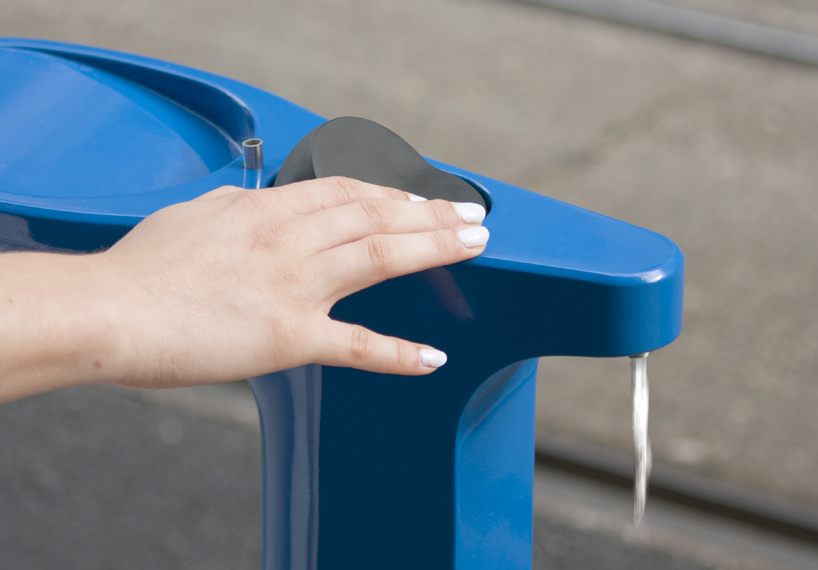 during the prototyping process nassisi then discovered that hydrants could easily be removed and replaced without causing any roadworks. the hydrant structure is bolted down whilst the complex plumping is concealed under street level. 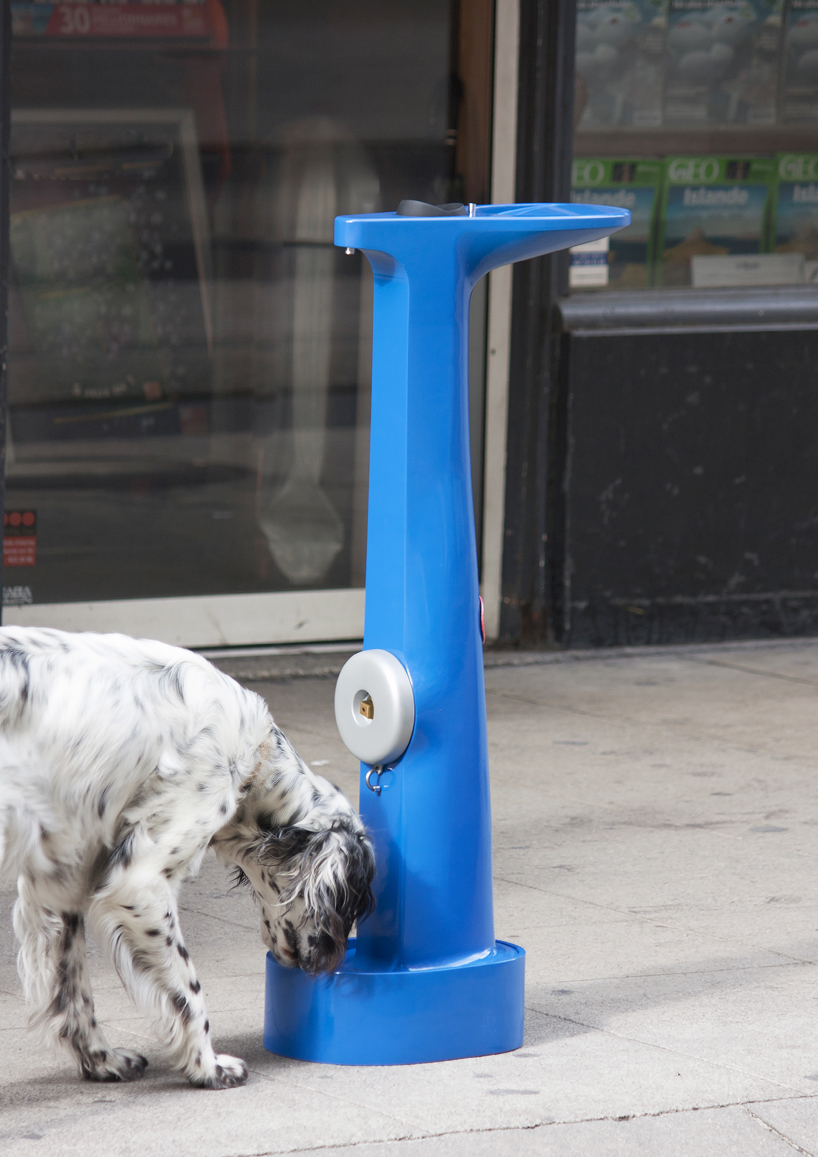 the drinking hydrant comes with a lengthened design compared to that of the iconic red fire hydrant. it has two spouts and a two-way switch that allows you to either trigger the water-fountain spout for human consumption, or the spout at the other end, which pours water into a dog bowl located at the foot of the hydrant. in order to fulfill its original role as a fire hydrant too, it has a standardized firefighting water-hose outlet that firemen can use when necessary. nassisi also included a dog bowl into the foot of the hydrant. the drinking hydrant is only a prototype at the moment but nassisi hopes it could replace some existing fire hydrants at strategic intervals around the city. 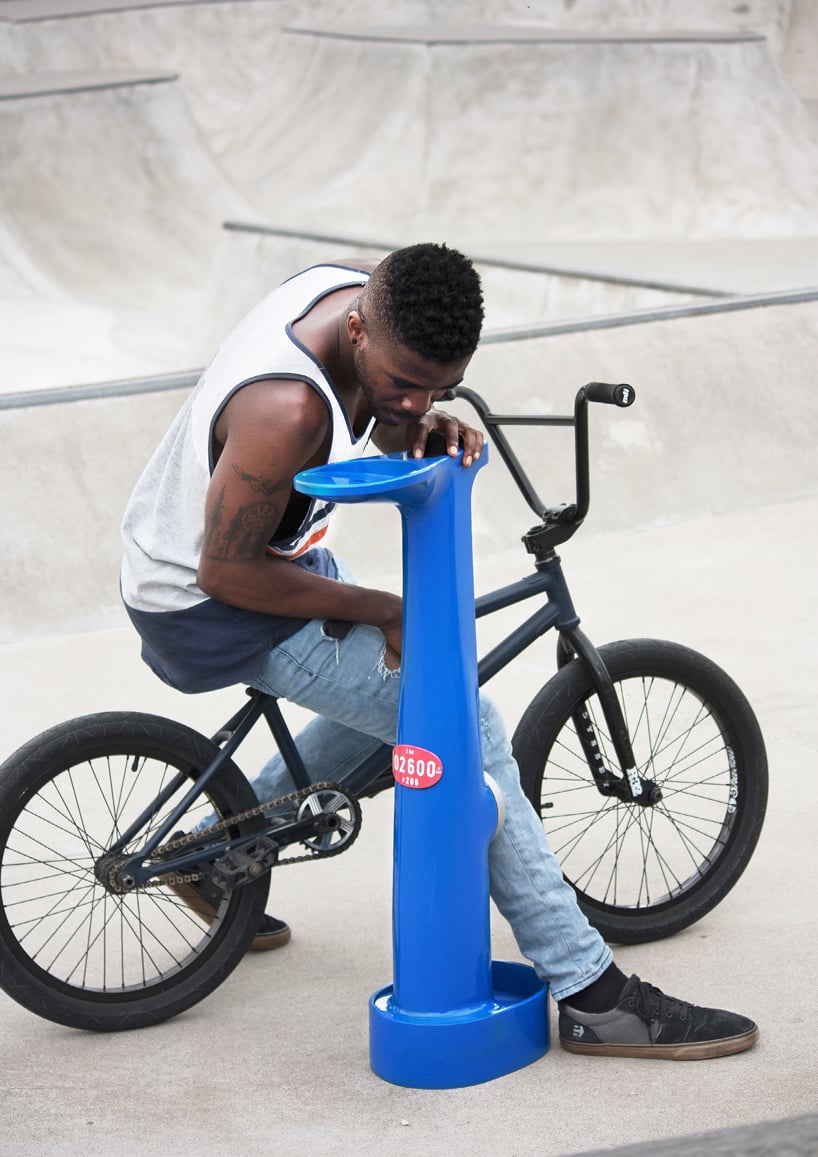 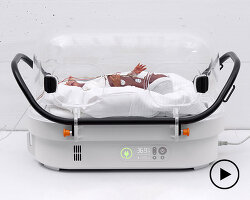 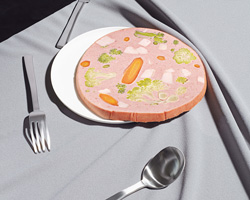 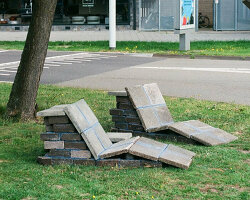 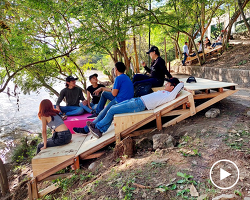