for his project ‘endless chair’, dutch designer dirk vander kooij gave fanuc, a heavyset, yellow and dilapidated robot – though still quite speedy – new software, giving him a new future as a prototyping machine. normally, rapid prototyping machines are not suitable for large-scale production: constructing 3D-models in high resolutions is too time-consuming and costly. however, fanuc, who was pensioned off after a 140, 000 hour non-stop career in a chinese production line, has a much lower resolution, allowing him to produce robust models at a steady pace. the coarse structure reveals how the product has been constructed layer by layer. vander kooij’s ‘endless’ combines the flexibility of traditional workmanship with the speed of industrial production. 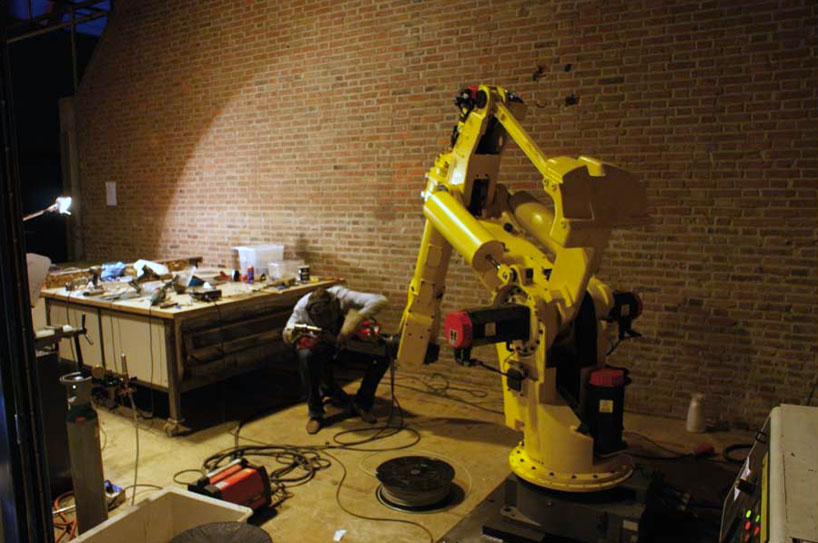 the ‘endless chairs’ are made from one endless piece of plastic string, made of old refrigerators that are crafted by fanuc, forming the string into a chair of any size, form, color, gradient or stripe pattern. 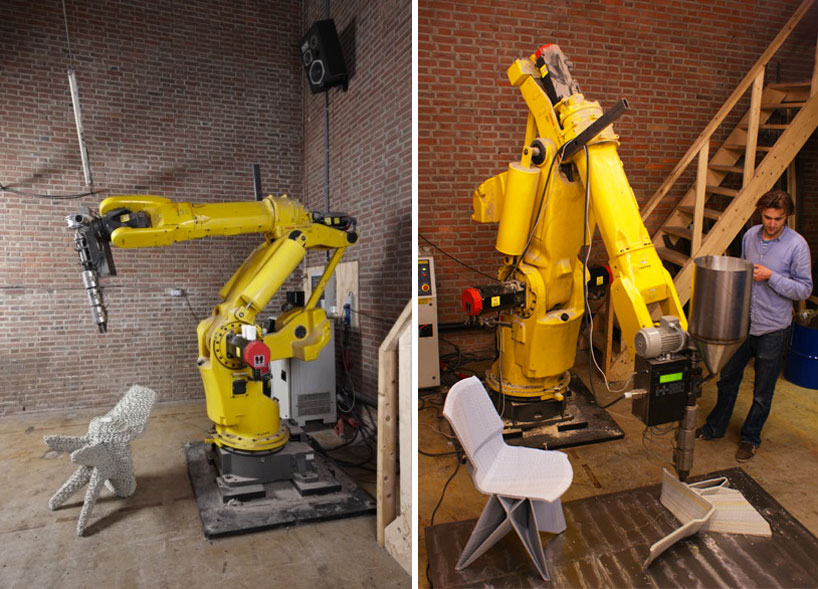 ‘when the first plastic chairs were made, they began with fairly simple tools and moulds to form the plastic. the simple tools were easy to alter and this gave the designer the chance to evaluate the final product and adjust the tools almost endlessly. as labour grew more and more expensive, it was filtered out of the process with automated and complicated tools. these automated processes have been very inflexible until now. high investments in complicated moulds made it almost impossible for a designer to evaluate and refine his final object. the designer is no longer involved in the production process and the design stage is completely shifted to a pre production phase. 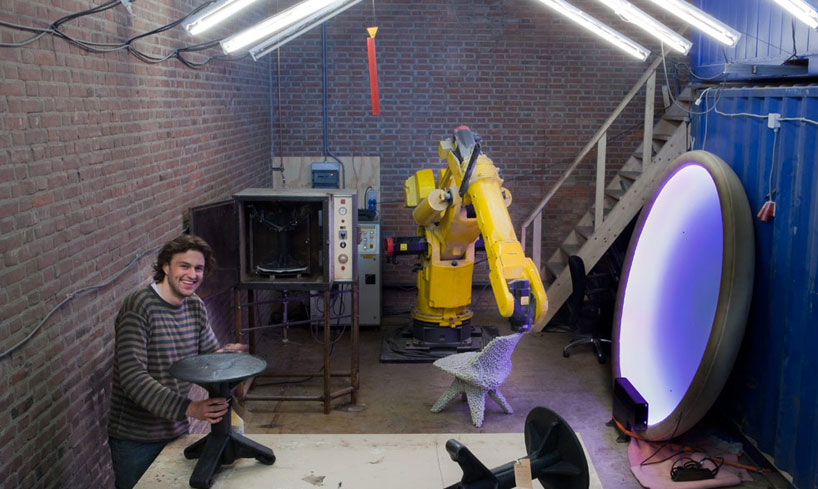 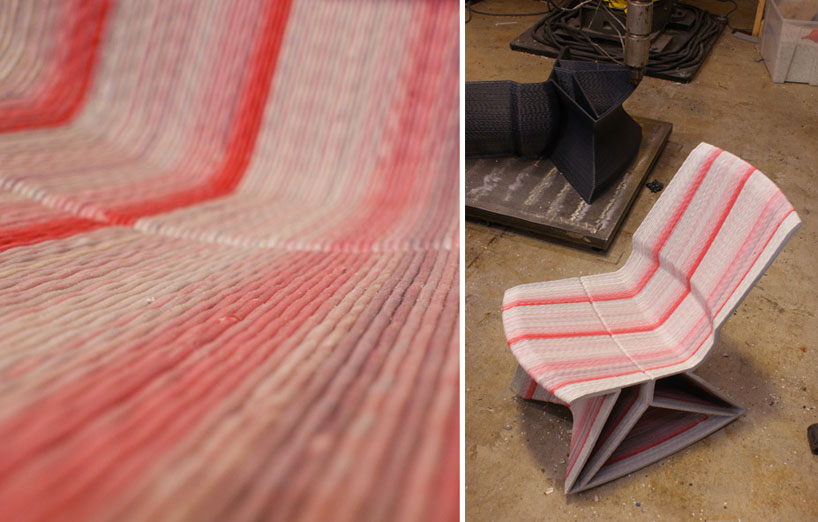 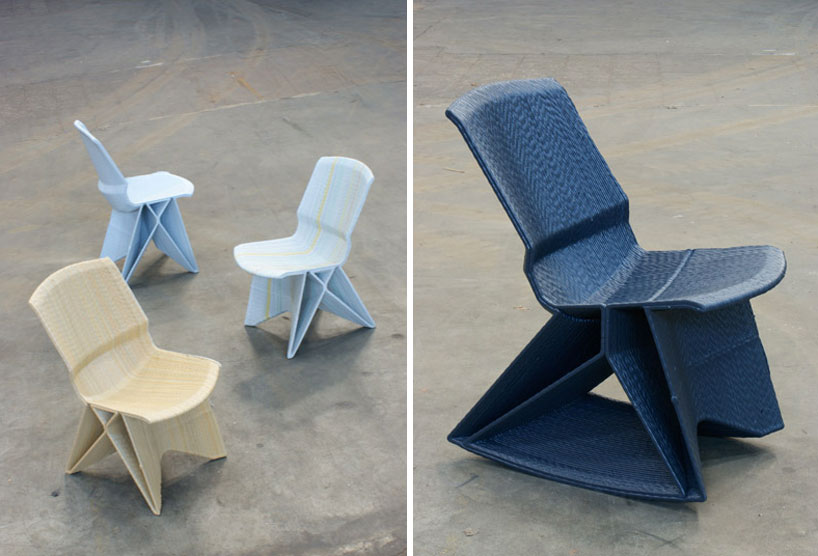 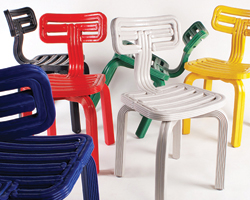 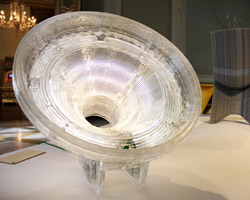