dominic wilcox is known for intervening with the function of everyday objects. with ‘sound bulb’, he has re-appropriated old technology, by taking edison screw connectors, and integrating them with vintage music players in which sound boxes can now be fasteneddirectly into a ceiling or table fixture just like a light bulb.

wilcox has presented his revised lighting and sound system at clerkenwell design week in the design exquis exhibition at the museum of the order of st john, st. john’s gate. he has created two iterations of his concept: one is a 1950s radio screwed into a ceiling light socket, and the other is a lamp base featuringgolden cherub-like figurines mounted atop, and a ghetto blaster twisted into it, offering a mix of 1880s meets 1980s. 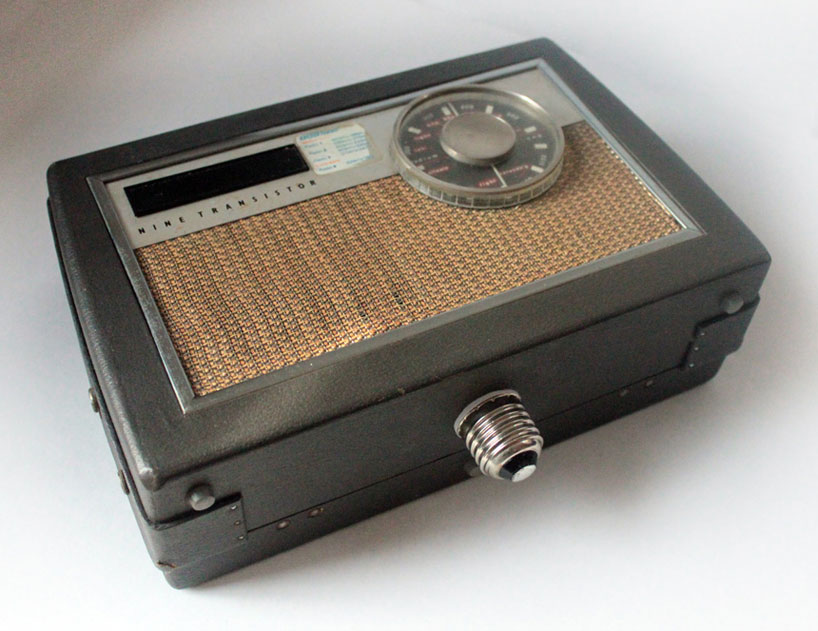 sound boxes can now be combined with lighting fixtures

‘(…) I started to ask myself the question of ‘why do we only screw light bulbs in a ceiling light bulb socket?’ the light bulb connector is simply a way of connecting electricity so in theory we could screw any electrical device into the socket. since I don’t really use ceiling lamps so much and prefer to use table lamps for lighting I decided to create a music player that could be screwed into the ceiling light socket.

in the exhibition I decided to do the opposite of minimal design by mixing 1880’s with 1980’s and converting a ghetto blaster to be able to screw itinto an ornate golden table lamp. I don’t think those two things have ever met before but i like the contrast. it has a pull cord switch that now turns the music player on and off instead of a light bulb. I’ve also got a 50’s vintage radio screwed into a ceiling light socket.‘ – dominic wilcox 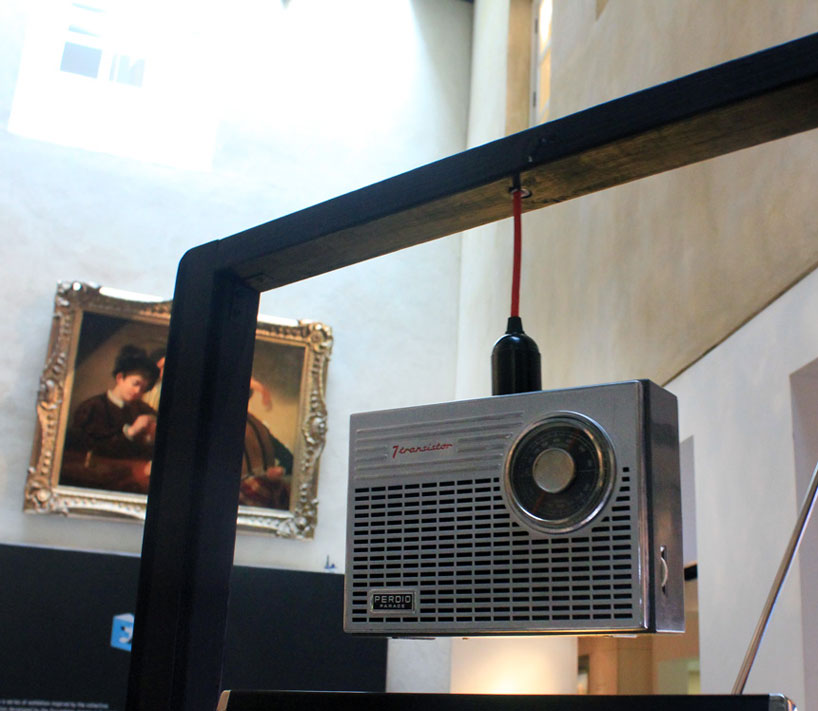 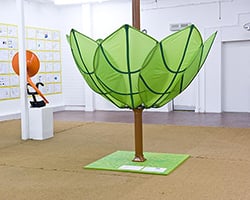 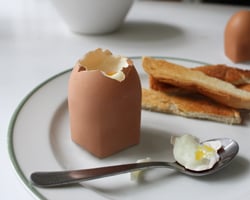