inside the iconic general assembly hall — a space rendered famous for its history-making speeches — the dinosaur tells an audience of shocked diplomats that ‘it’s time humans stop making excuses and start making changes’ to address the climate crisis. ‘at least we had an asteroid, what’s your excuse?’ 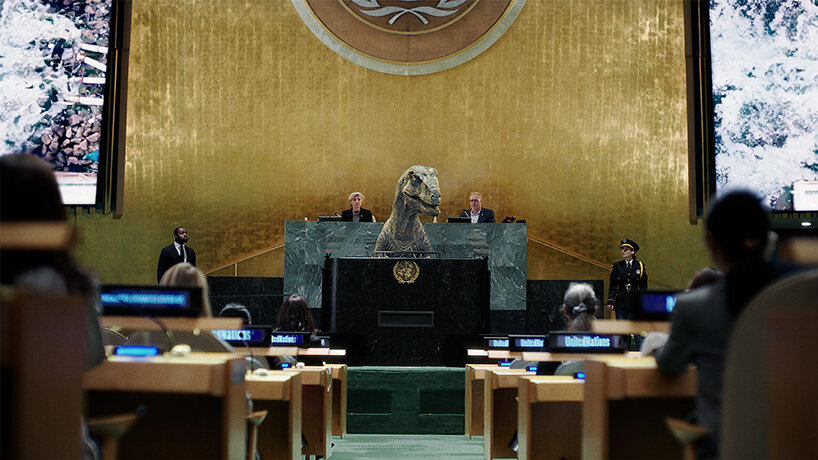 the UNDP’s don’t choose extinction campaign and video aim to shine a spotlight on fossil fuel subsidies and how they are canceling out significant progress towards ending climate change and are driving inequality by benefitting the rich. the film, which is the first-ever to be made inside the UN general assembly using CGI, shows the dinosaur highlight how financial support for fossil fuels through subsidies — taxpayer’s money that helps keep the cost of coal, oil and gas low for consumers — is irrational and illogical in the face of a changing climate.

‘think of all the other things you could do with that money,’ the dinosaur says. ‘around the world people are living in poverty. don’t you think that helping them would make more sense than… paying for the demise of your entire species?’ 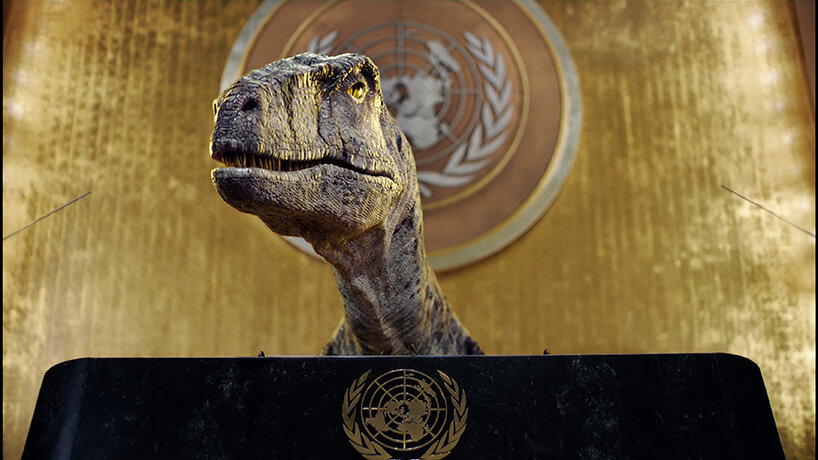 as part of the campaign, the UNDP released a research that shows the world spends US$423 billion annually to subsidize fossil fuels for consumers — oil, electricity that is generated by burning of other fossil fuels, gas and coal. to put it in perspective, this amount could cover the cost of COVID-19 vaccinations for every person in the world, or pay three times the annual amount needed to eradicate global extreme poverty.

‘the film is fun and engaging, but the issues it speaks to could not be more serious,’ said ulrika modéer, head of UNDP’s bureau for external relations and advocacy. ‘the UN secretary-general has called the climate crisis a ‘code red for humanity.’ we want the film to entertain, but we also want to raise awareness of just how critical the situation is. the world must step up on climate action if we are to succeed in keeping our planet safe for future generations.’

the film was created in partnership with activists los angeles, david litt, and framestore. wunderman thompson built the digital ecosystem for the initiative, while mind pool produced a collective intelligence engagement tool for the campaign’s platform.