‘birds in the air’ by dorothea prühl, stainless steel and gold, 2007 image © helga schulze-brinkop‘neck jewelry is to me jewelry par excellence.’ dorothea prühl

jewelry designer dorothea prühl’s work will be shown at the international design museum, munich. the exhibition entiltled ‘necklaces’ features prül’s very early pieces to her most recent objects. it will open this saturday and be on view until may 17, 09. here is preview of the exhibition.

her aesthetic stance is formed by abstract impressions from nature, a concentration on the essential, eminentsensitivity and sculptural power. she makes fundamental statements in gold and silver, but also in wood, aluminium, titanium and stainless steel – impressions manifest in generously proportioned, clear entities. starting with what is there, she tracks it down to its inmost core, applying to its quintessence a new aesthetic idiom – it might be a flower, the wind, a house, birds in flight … 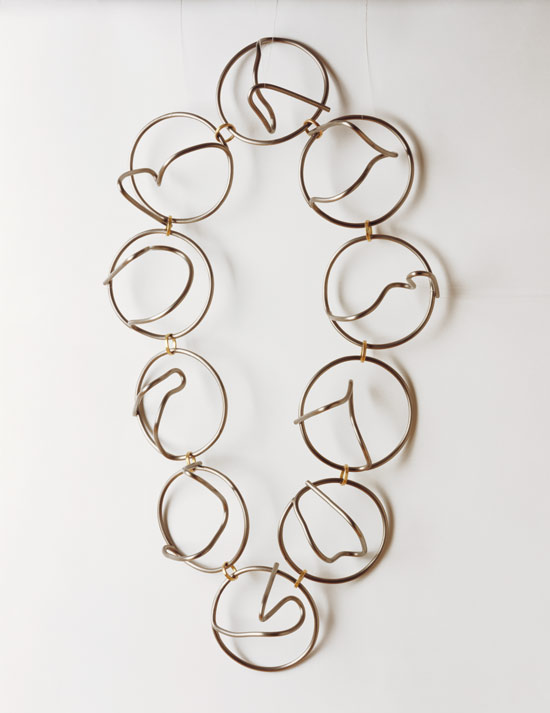 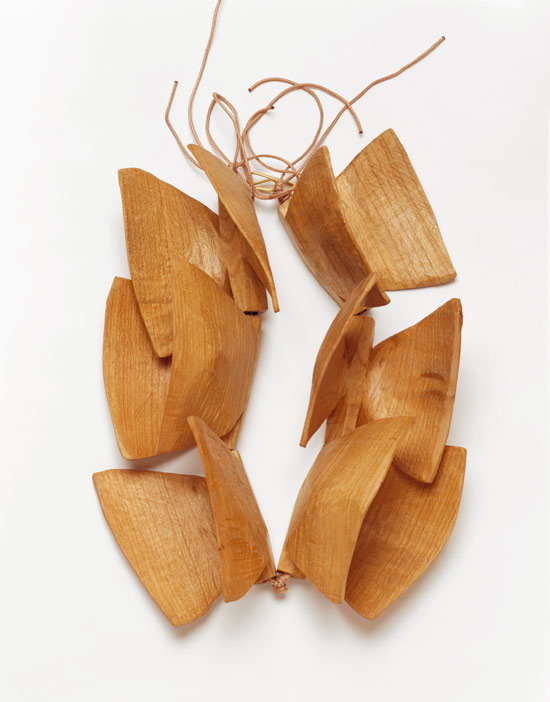 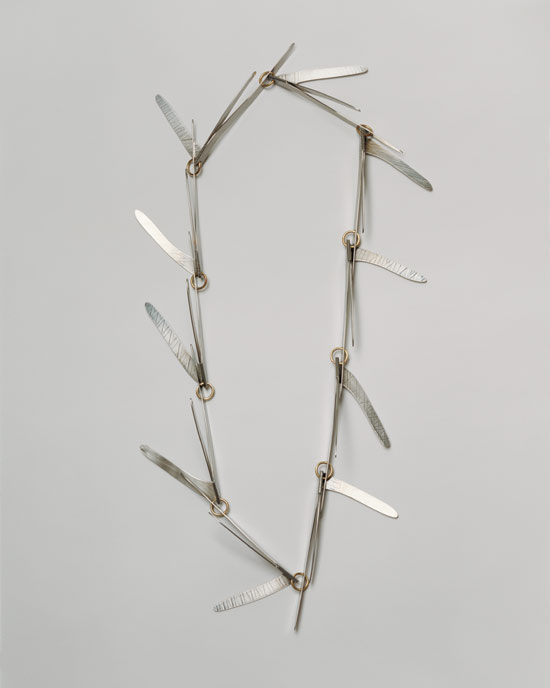 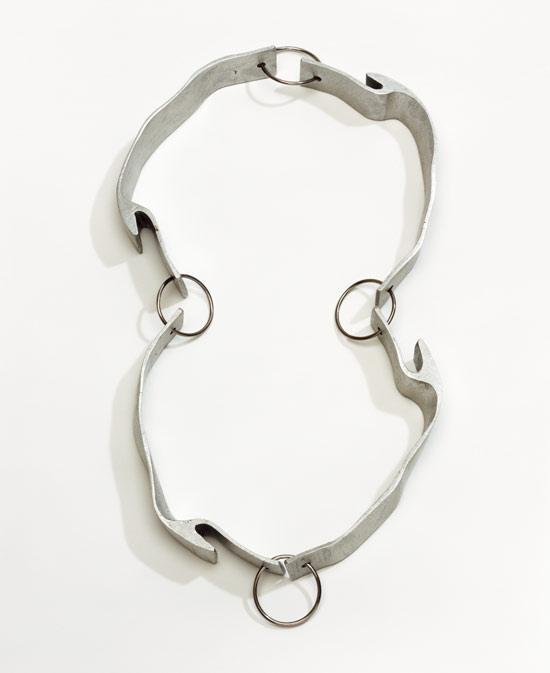 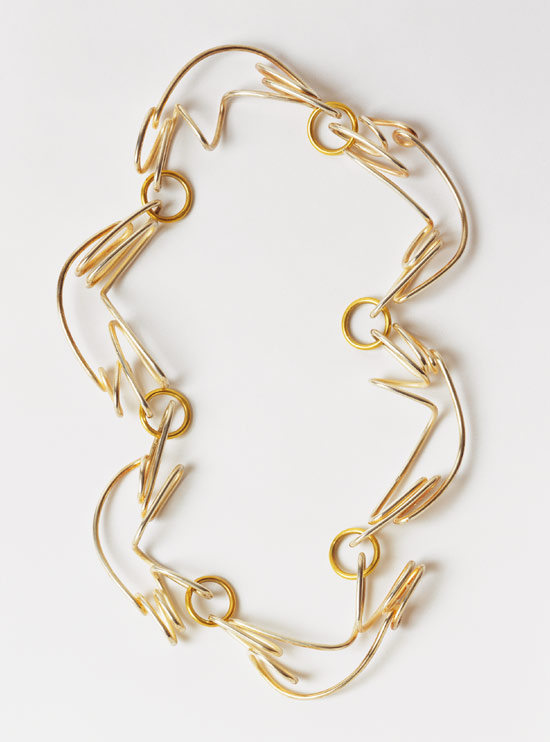 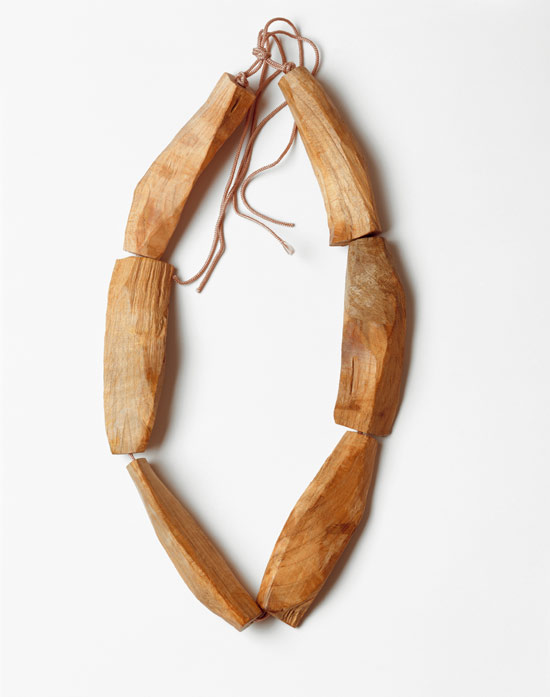 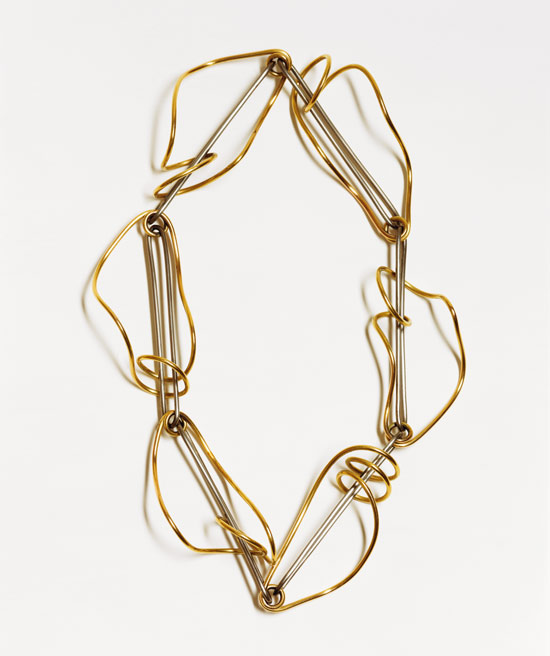 dorothea prühl was born in breslau (now wroclaw, poland) in 1937. after the upheavals of war, which she experienced as a refugee, she spent her later childhood and adolescence in a small brandenburg village. dorothea prühl studied art at burg giebichenstein in halle before working in industry as a designer of manufactured jewelry. In 1966 she returned to the burg as an instructor in jewellery-making. from 1991 until she retired in 2002 she was head of the jewellery class at burg giebichenstein university of art and design halle. hence she has exerted a formative influence on the german jewellery scene both through her work and her teaching.