‘kali’ is a bathroom collection consisting of a mirror cabinet and twelve accessories, designed by london-based doshi levien (nipa doshi and jonathan levien) for german company authentics. the series was presented at maison et objet in paris. 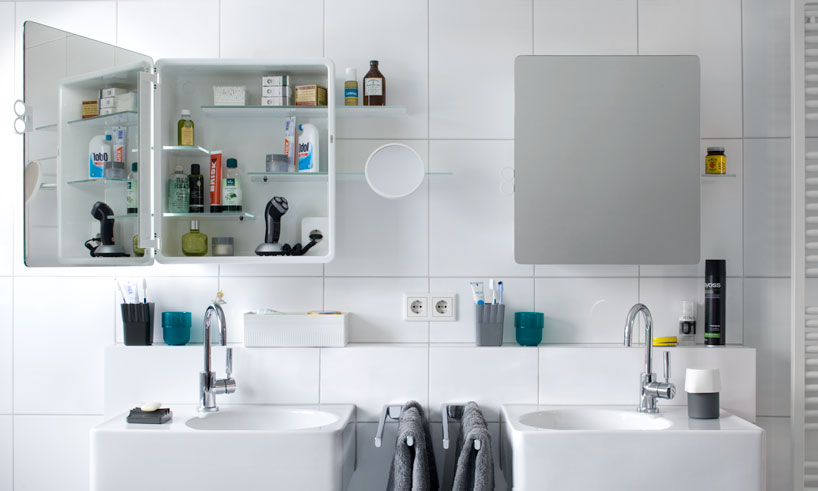 the body of the ‘mirror cabinet’ is made from a white, ASA-plastic. included in the design are four glass shelves of varying lengths, that can be slid into the unit either from the left or right. the door is mirrored from both sides and features a handle also made from ASA plastic that snaps securely into its frame. depending on your preference, the door can open from either the left or right side. simply mount the mirror cabinet turned by 180 degrees. an electrical socket can easily be installed within for small bathroom appliances such as hair dryers or electric toothbrushes.

‘kali’ mirror cabinet with door attached on the left 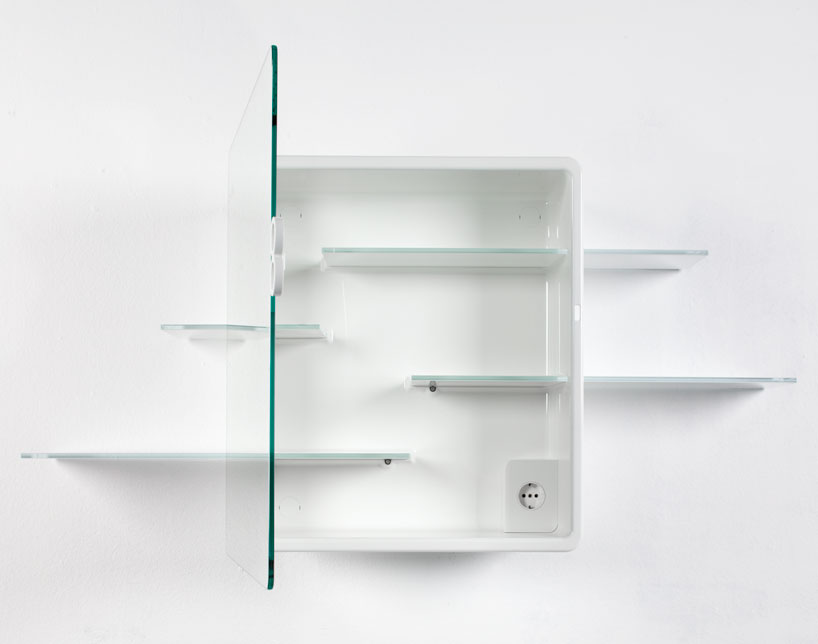 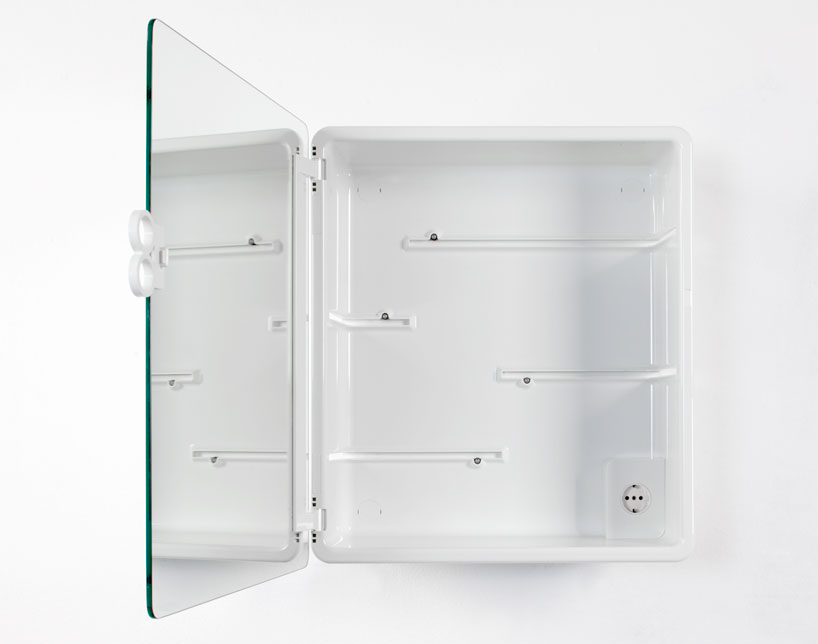 the cabinet without shelves 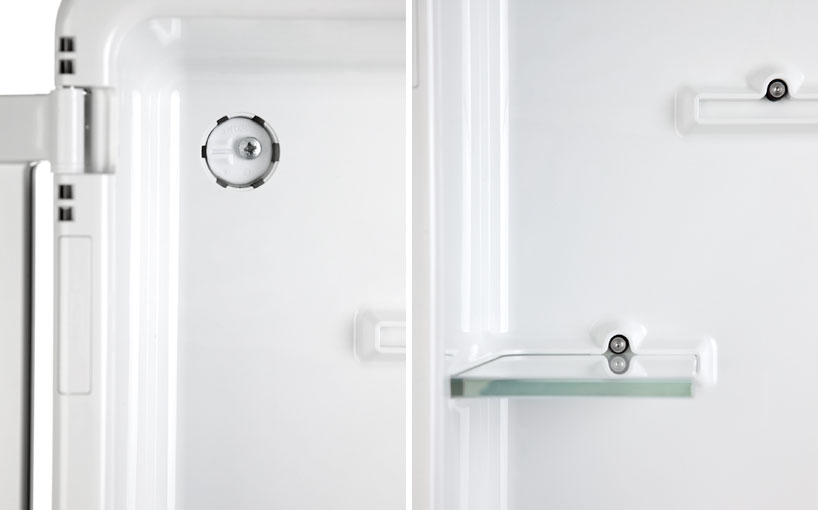 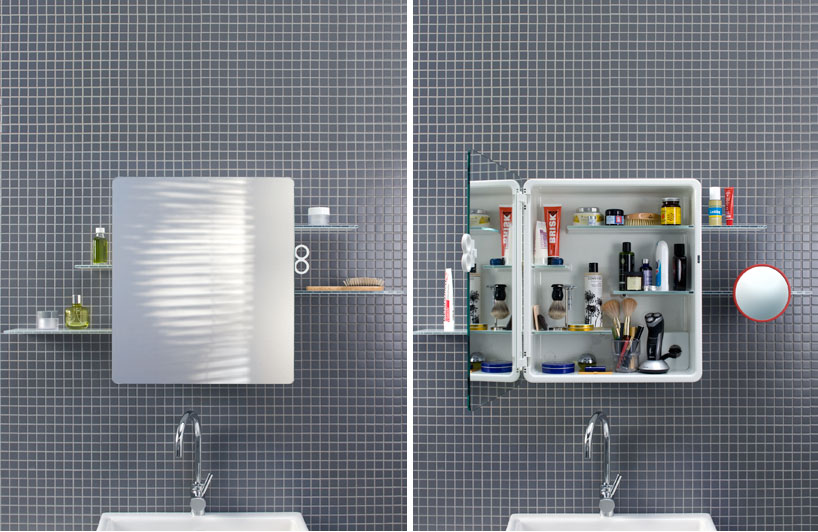 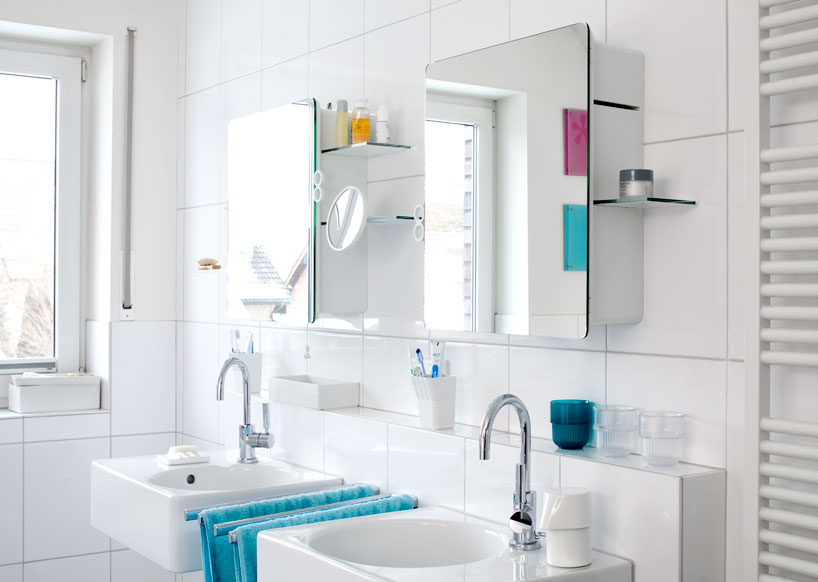 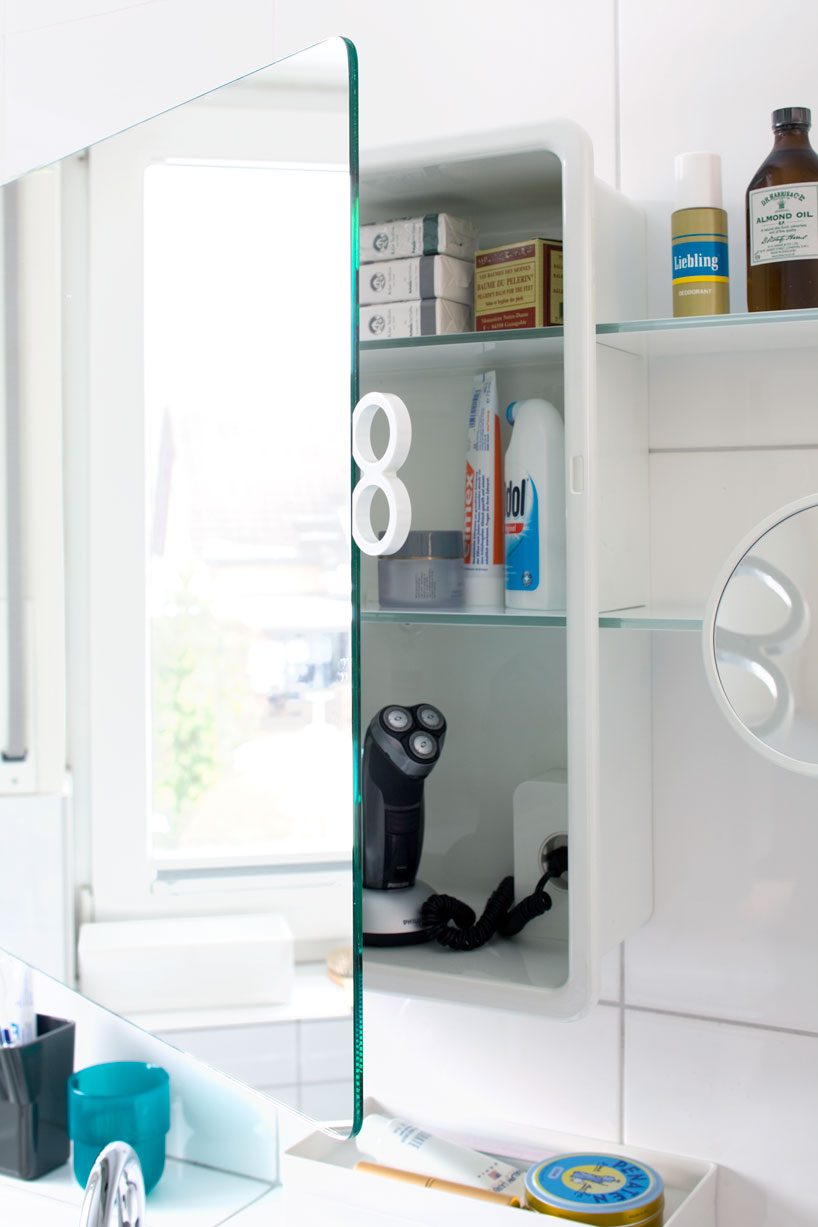 the ‘kali’ magnifying mirror can be effortlessly clipped into place on one of the shelves. a magnetic catch ensures secure clamping. its frame contains a break-proof, concave mirror. 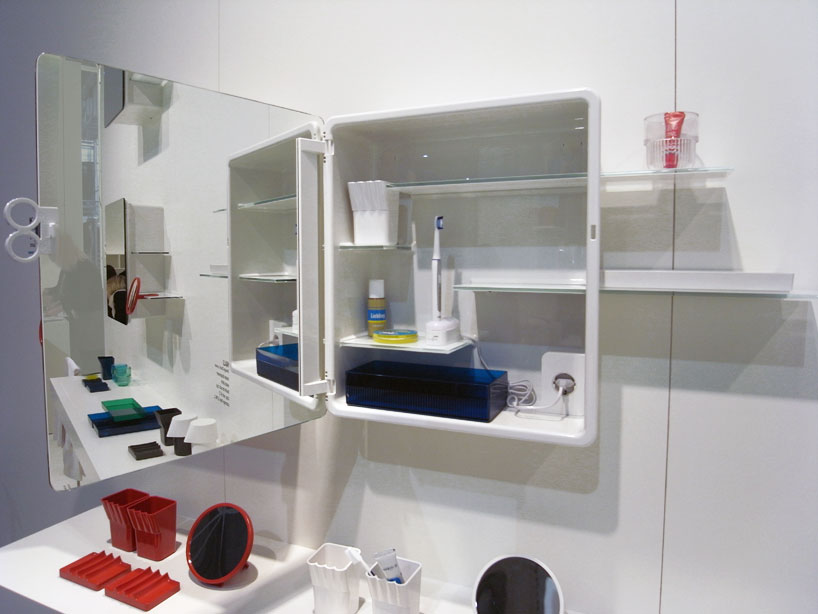 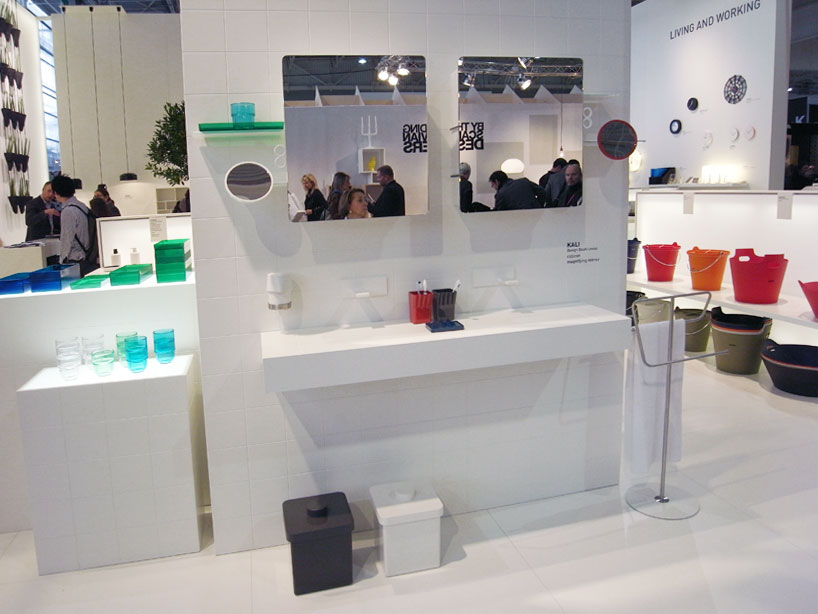 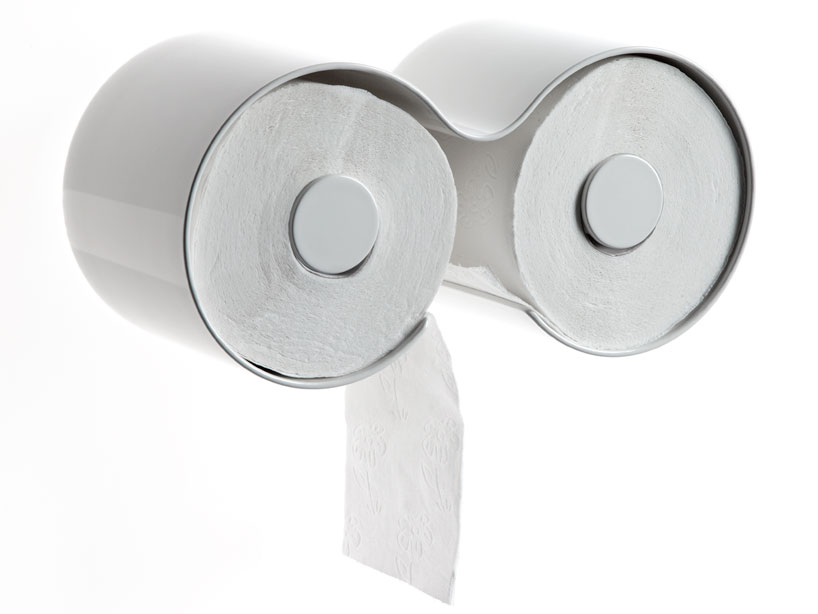 the ‘kali’ toilet paper dispenser takes on the shape of the number eight, allowing two rolls to be either placed vertically or horizontally with one another. 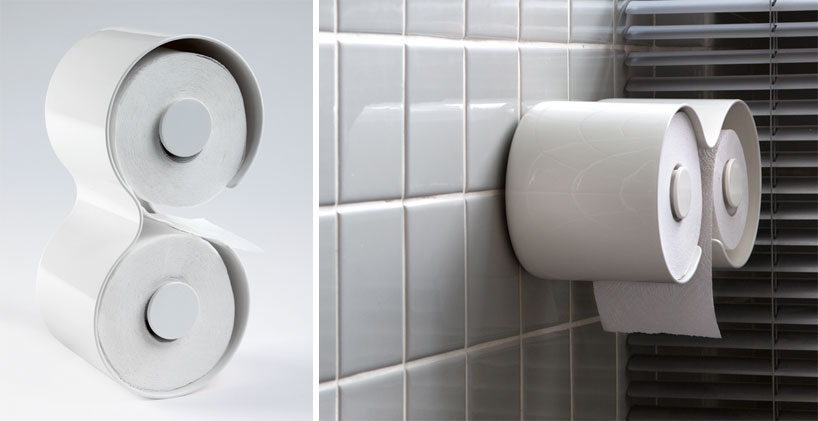 the dispenser can be mounted vertically or horizontally 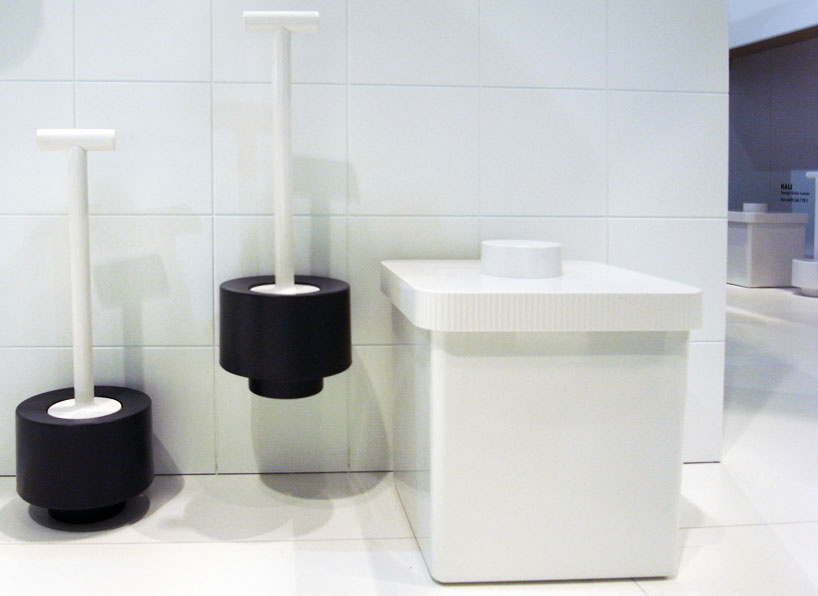 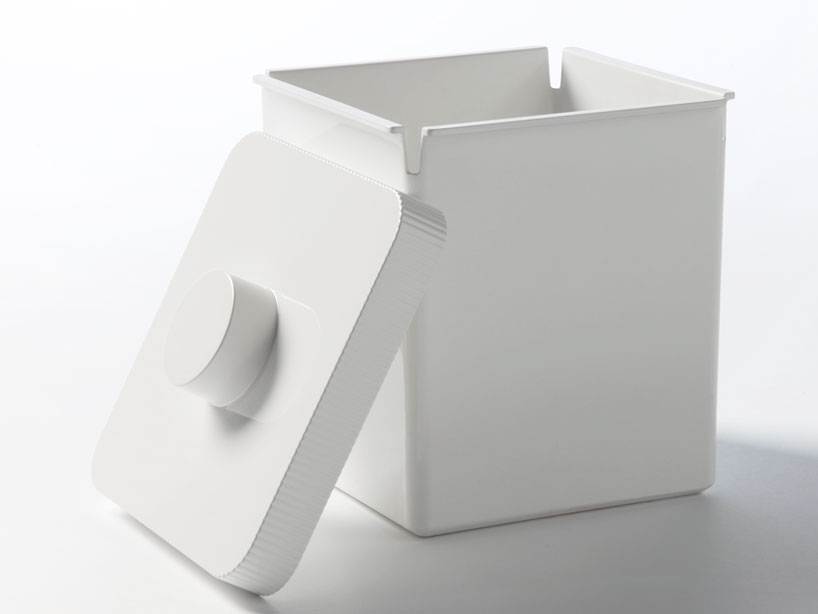 the squared ‘kali’ waste bin requires no inner container, as it features a clamping technology to hold bags in place. the lid’s wide edge conceals the bag within.

lift the lid, put the bag in place and pull it over the edges. pull the bag over one corner and roll it up. pull the cord through the tap at the corner and place inside. the bag holds itself in place. 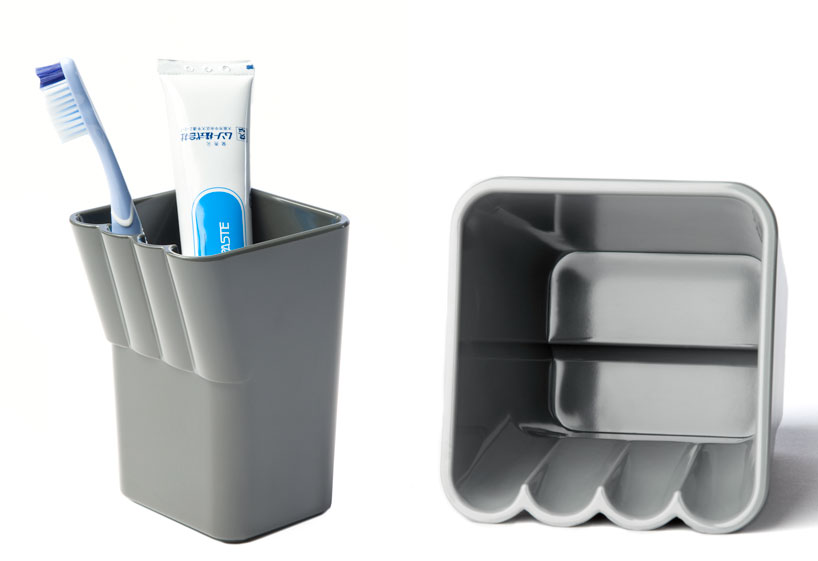 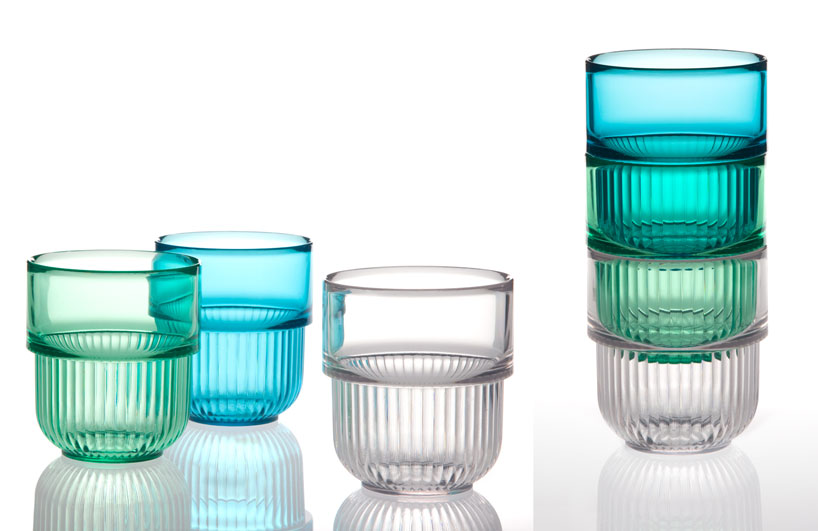 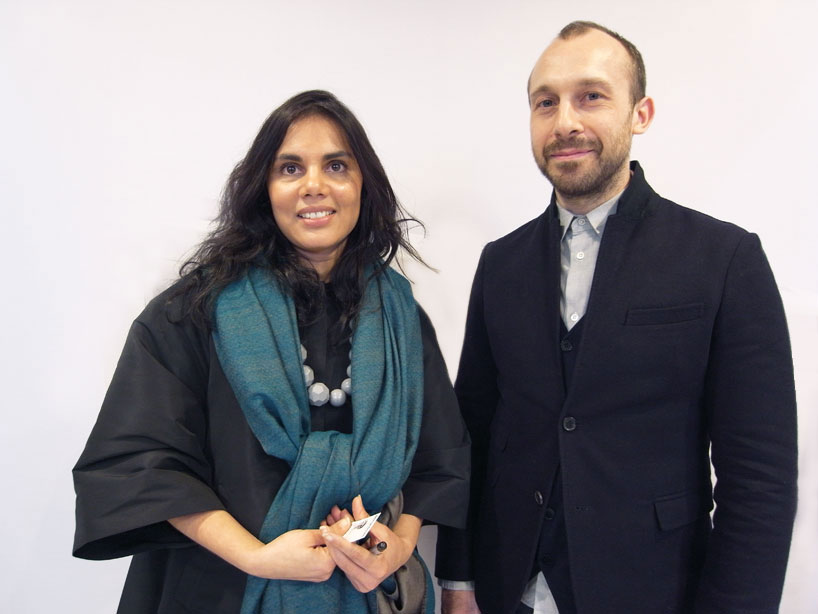