a wild pair of double-faced cowboy boots strutted down the runway as part of the spring 2017 ready-to-wear collection of hood by air. presented during new york fashion week, the leather shoes feature two pointed toes — one at the front, and the other facing the opposite direction, mirrored in the back. 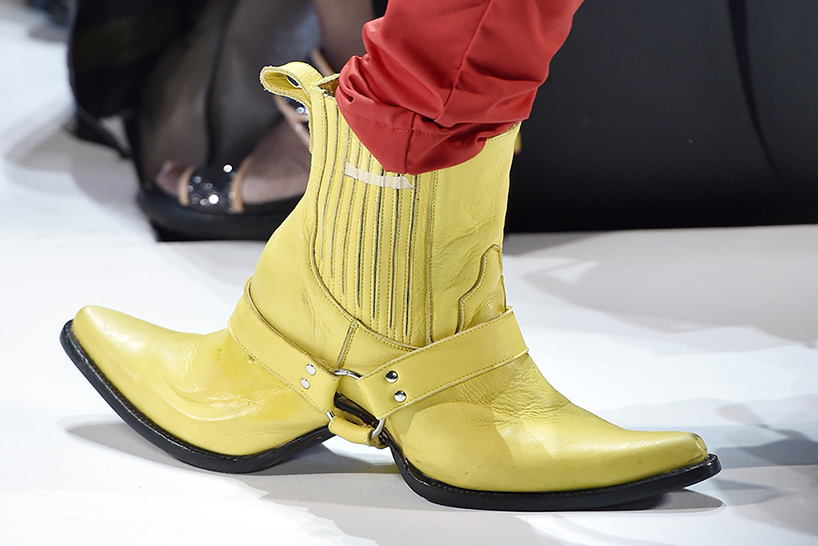 (above and main) image by giovanni giannoni/fairchild via footwear news

shown in a variety of colors including yellow, red, green, and grey, the western boots formed part of the brand’s eccentric, pornhub-sponsored ‘handkerchief’ collection. hood by air — the brainchild of designer shayne oliver — has a history of presenting unconventional styles and ‘un-wearable’ wearables. footwear news reports that the double-sided boots are further imbued in social symbolism — a concept present throughout the collection, which aims to subvert gender roles and challenge the norms of the fashion industry. 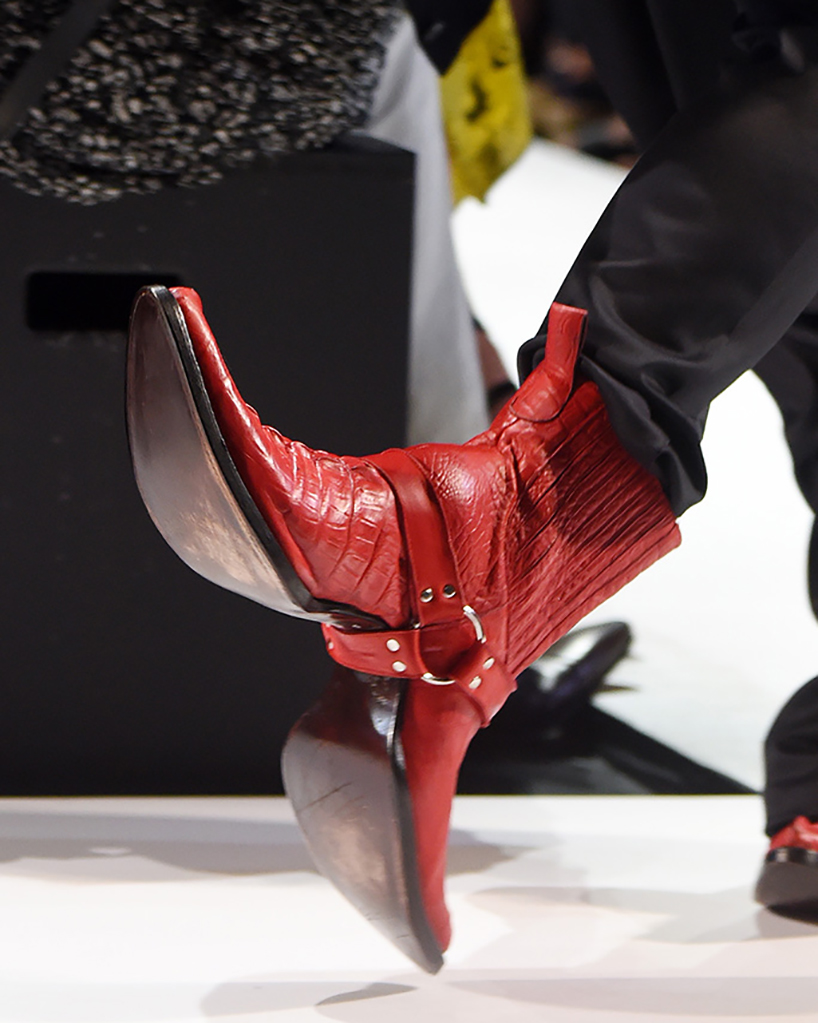 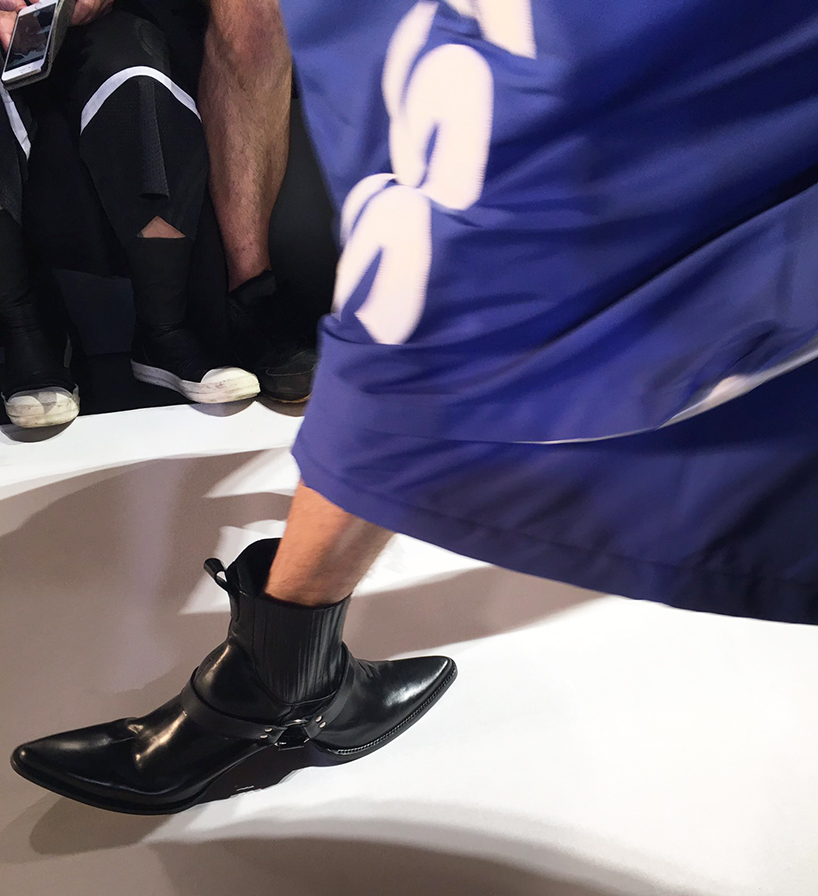