american designer doug johnston explores the craft of coiling – a process that is based on an ancient technique used to create ceramic vessels as well as woven baskets – which he has adapted using stitching rope (100 percent sash cord) instead of clay to create three-dimensional forms such as bags, vessels, and now stools. his newest furniture pieces have been developed for new york-based furniture manufacturer matter and continue his exploration of transforming flexible linear materials into sculptural forms and spaces. johnston’s designs use rope and stitching as their only mediums which serve both as the objects and the decorative aspects of the works.

each of the two stool styles are made from 100% cotton cord which is coiled according to johnston’s desired size and shape – generally a basket model – stitched together using an industrial sewing machine. he uses a high strength and abrasion resistant thread, typically used for handbags or luggage to add extra structural stability. one of the seating objects has a zippered top that can be folded down to form a saddle shape, while the other orients the basket upside-down. 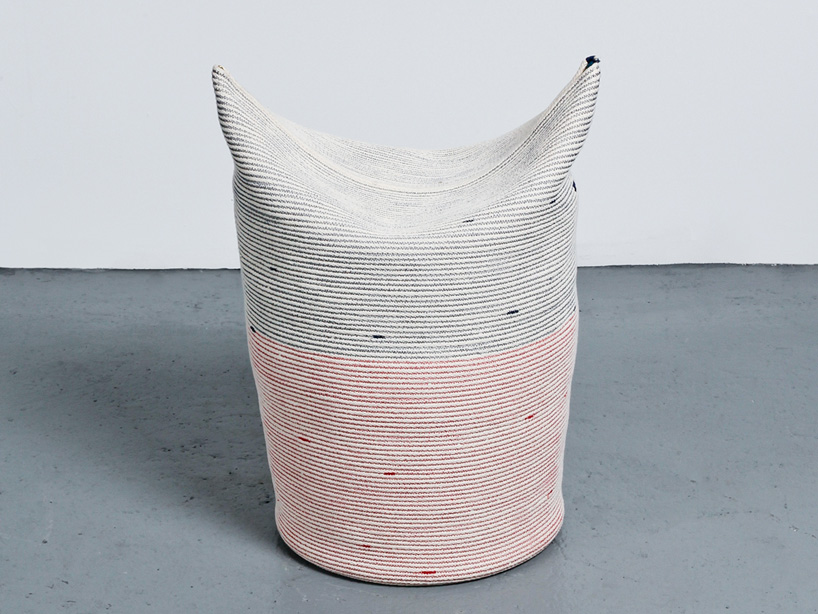 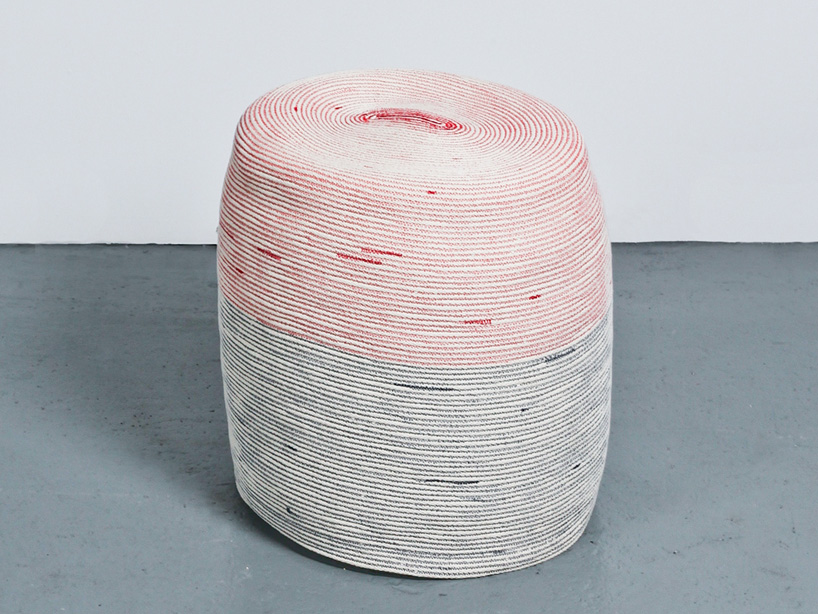 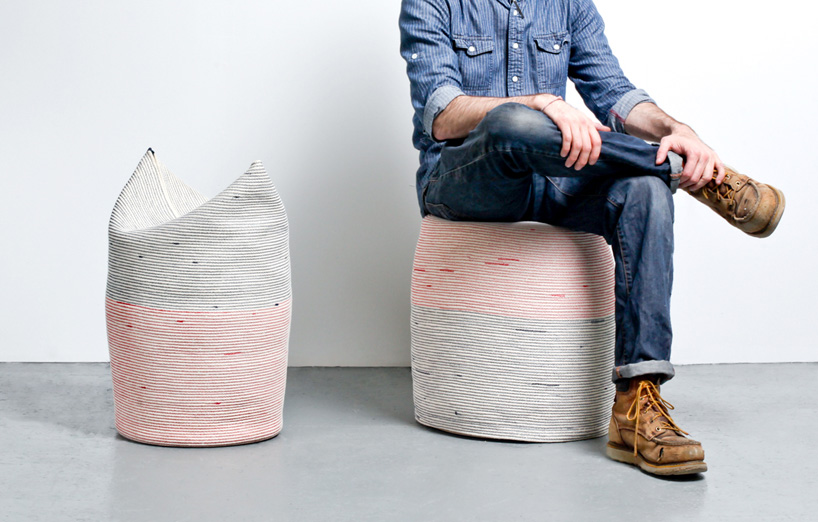 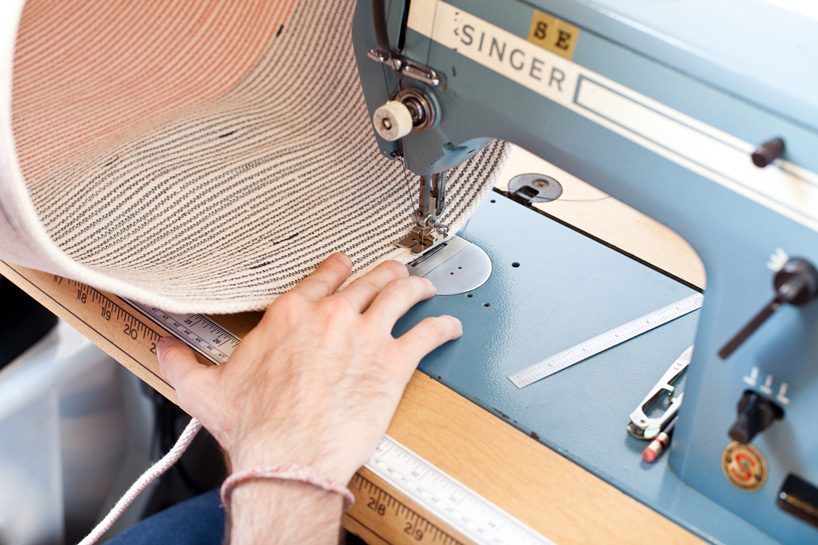 each piece is stitched together using an industrial sewing machine 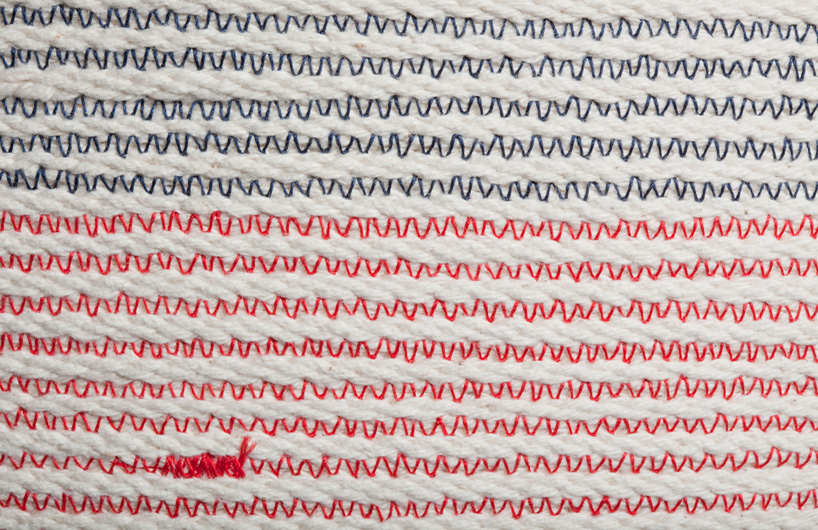 detail of the stitching