french startup drawn was created by sylvain charpiot to put a face to galatéa, a large scale 3D printer adapted from an industrial automobile factory robot. the unit was showcased for the first time in june of last year, and has been seducing consumers and designers alike ever since. 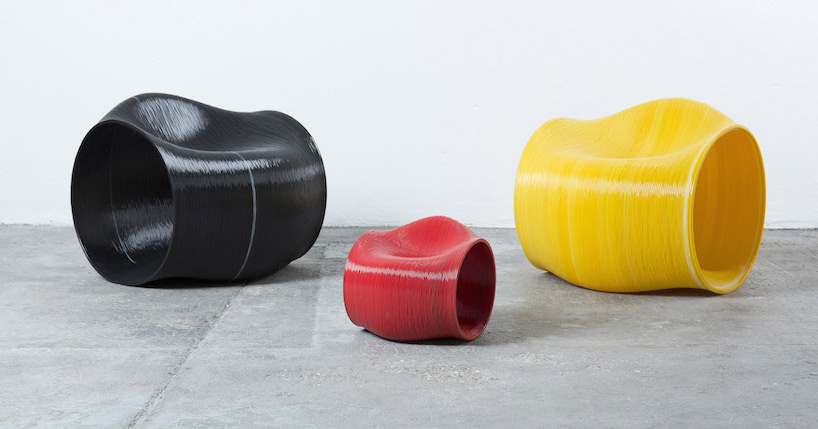 the concept behind drawn is to offer an intimately involved client-producer relationship in order to deliver customizable designs created on demand, before their eyes. a full-size organically shaped chair, thanks to the extremely adept robot, can be produced in as little as two hours. with typical small-scale additive machines taking at least that amount of time to produce something smaller than a coconut, galatéa is unbelievably fast.

currently, the company is offering the public a chance to personally aid in their advancement. with funds gained through kickstarter (click here to view campaign), drawn will be able to finance participation in trade shows around the world. at shows, the drawn team can entice investors, and convince designers to launch innovative products using galatéa’s technology. charpiot sees a bright future for the business, and has plans on introducing creations infused with wood, linen, miscanthus, and more. 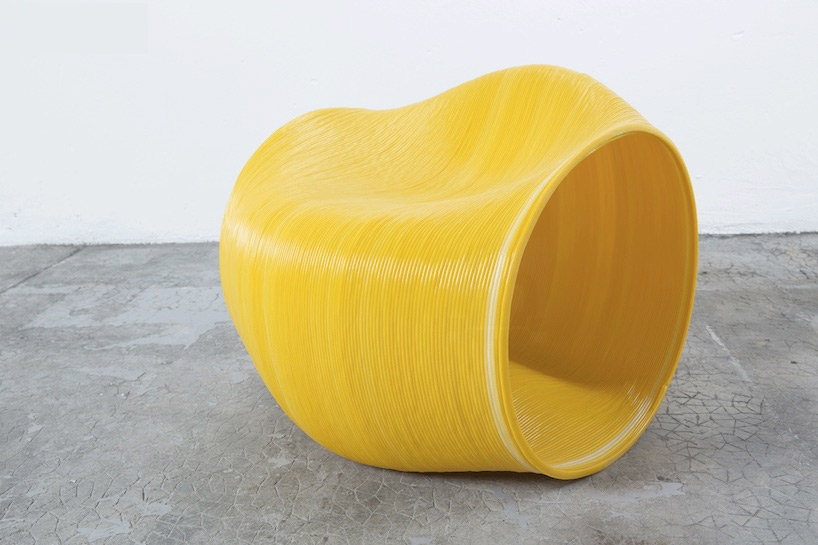 like conventional additive-printers, objects are built vertically one layer at a time

organic shapes can be created without need of expensive tooling 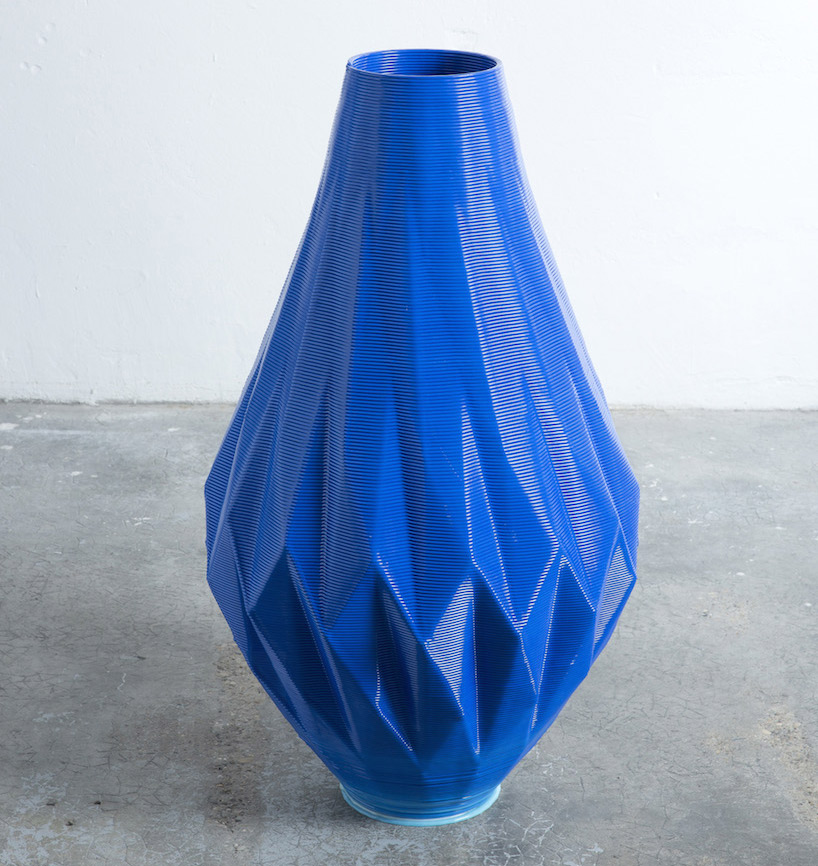 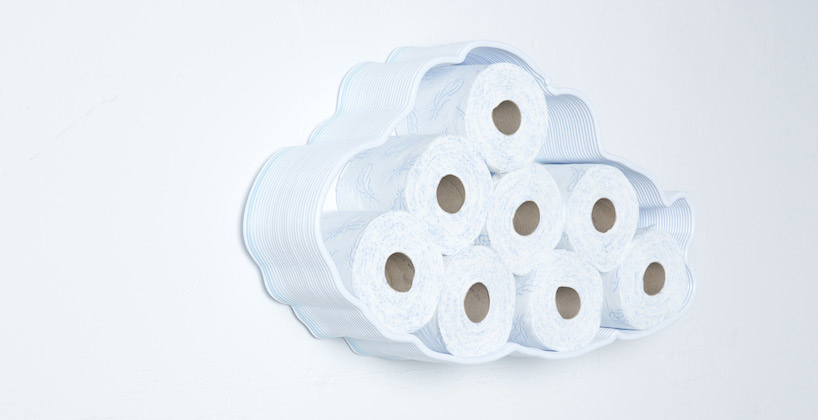 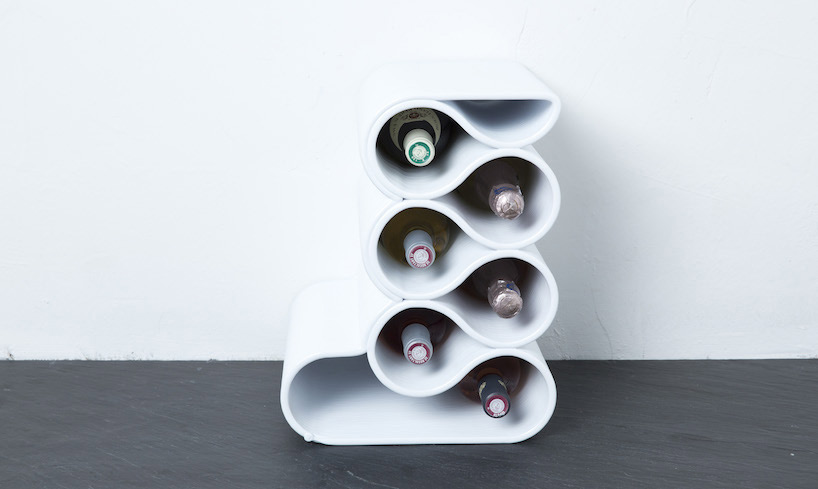 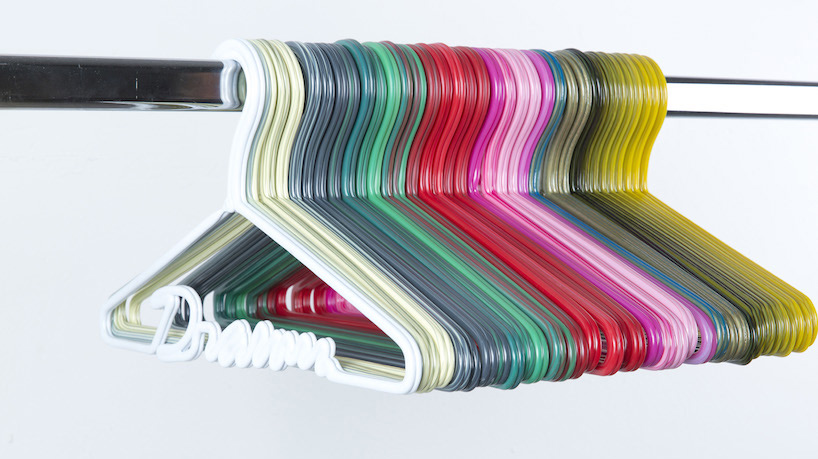 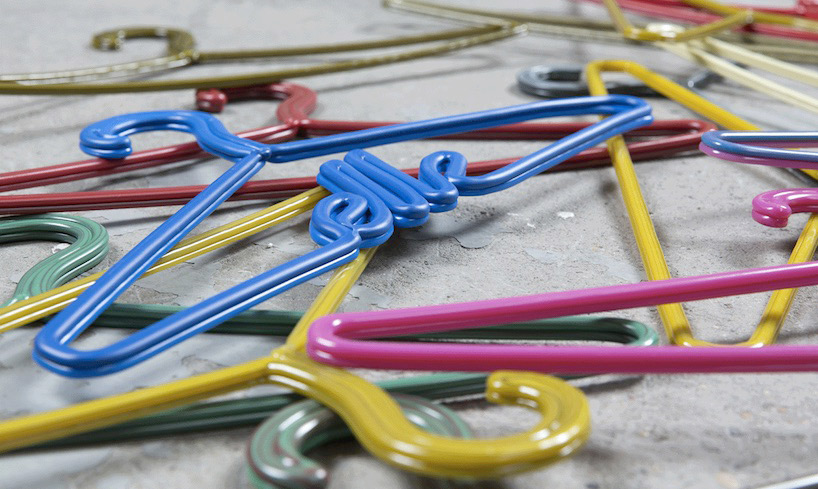 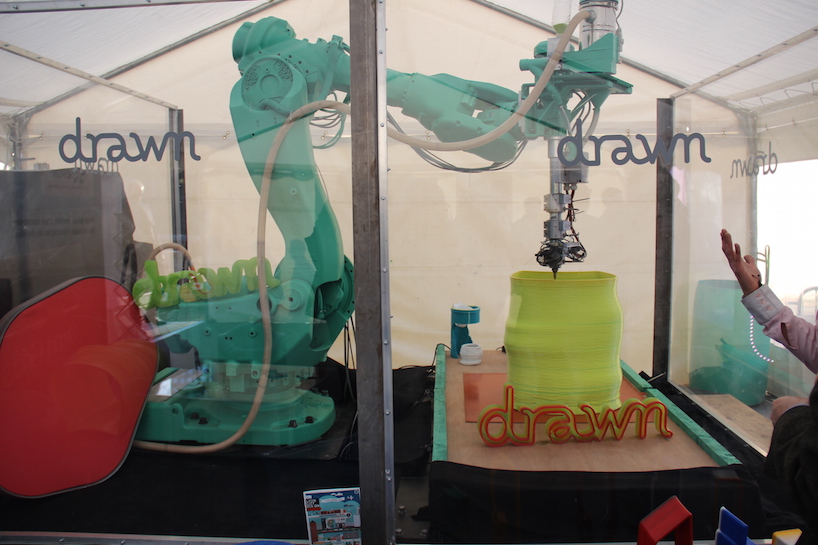 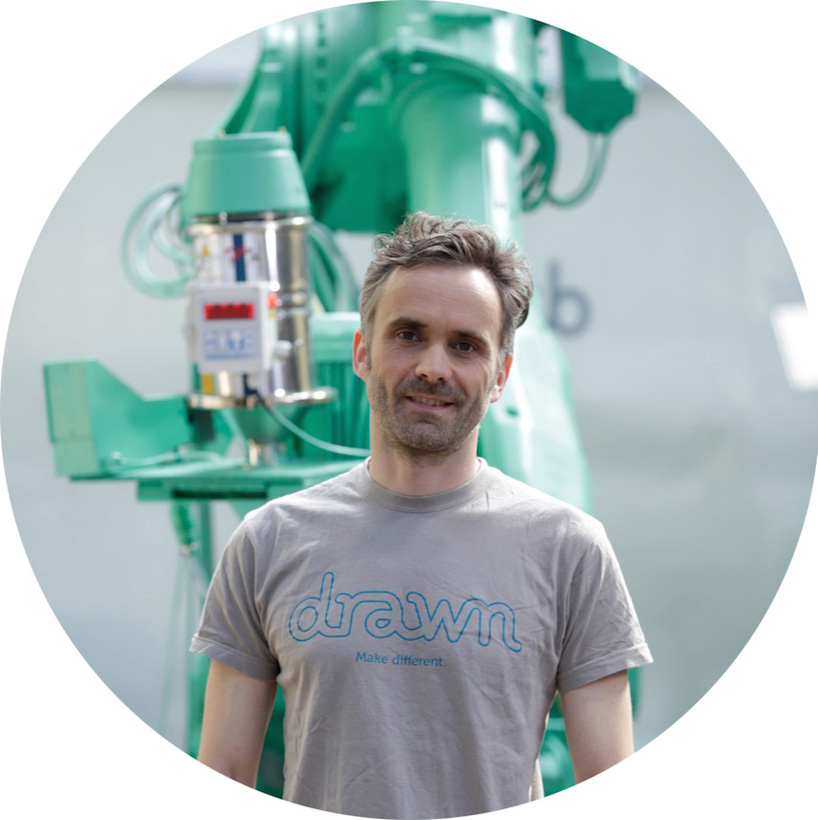