presented during milan design week 2012, the collection was formed from fjetland’s experience visiting the norwegian coast, gaining in a walk along the water’s edge an awareness of the various objects which had floated ashore. the designer imagines that the cork and ash wood which comprise his collection have had a similar reincarnation to the same materials having been roughed up by the nordic waves– in both instances their shapes and textures now unrecognizable from the state in which they entered the water or touched the designer’s hands. fjetland constructed the leg from ash wood, which stand in stark juxtaposition to the soft seat of cork which the sturdy frame cradles. 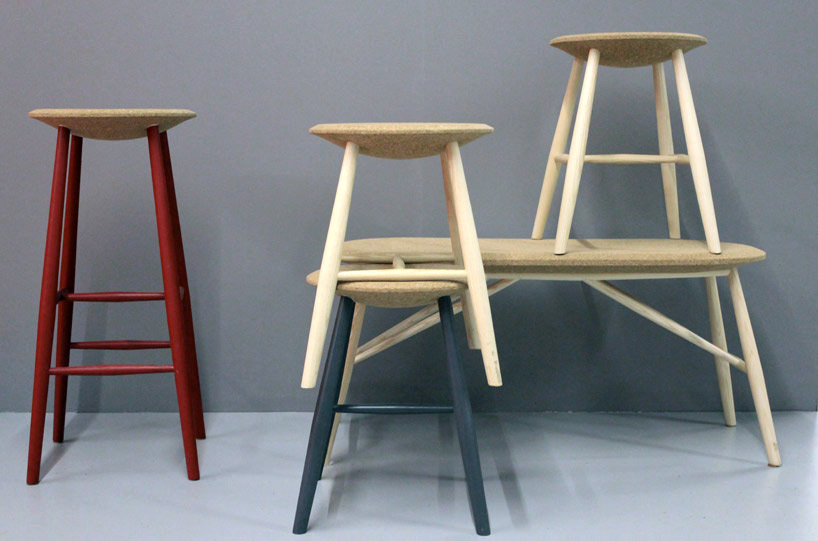 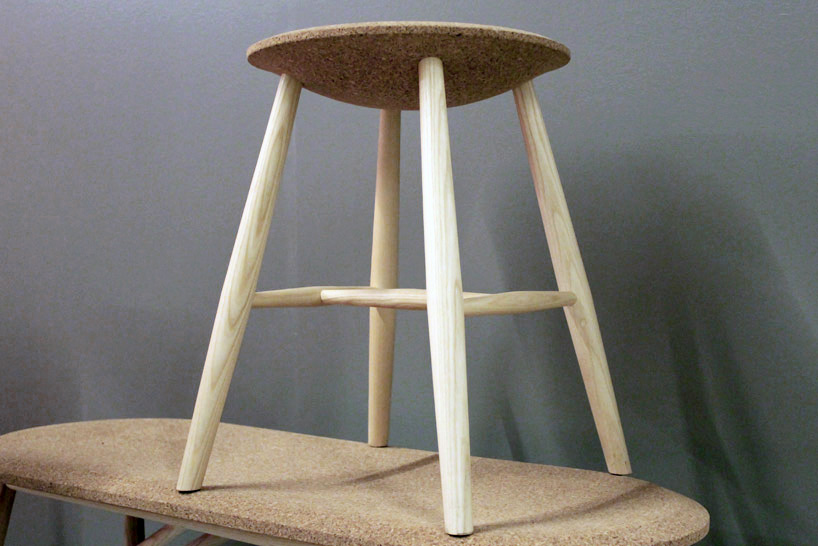 ‘these textures, shapes and material set the basis for the stool ”drifted”. the name plays off the materials ability to drift with the current‘. -lars beller fjetland 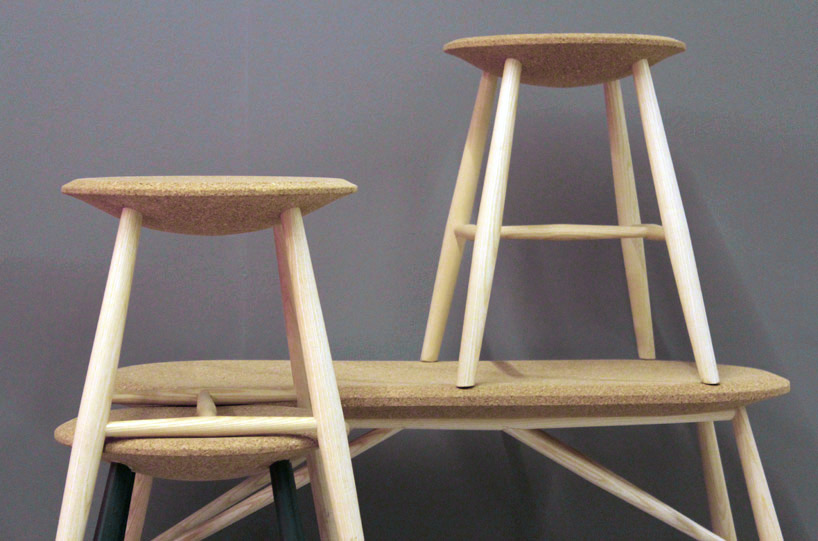 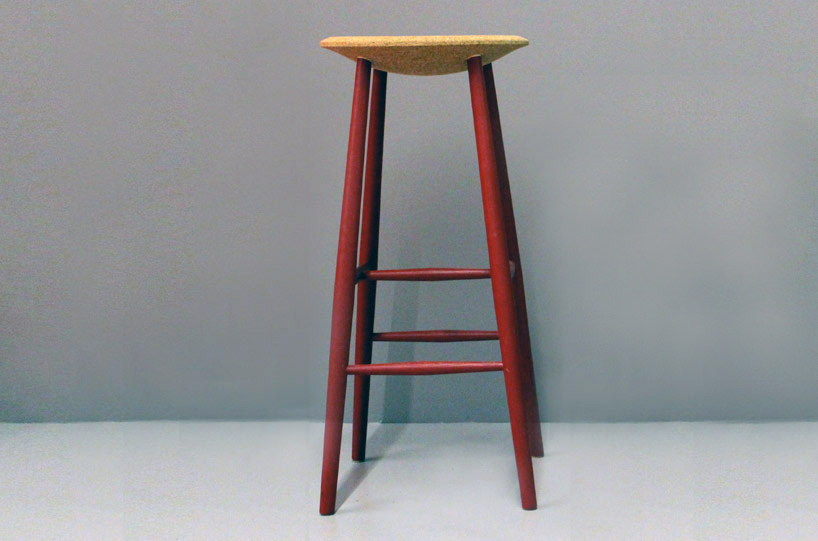 the taller seating component of the series has the same cork seat, while it’s long legs are painted a vibrant red image © designboom