roso is a london based 3-d studio which works in the boundries betweena art, architecture and design. one of their latest projects is a large installation at the clark shoe headquarters in sommerset, england. the artwork is located in the atrium of the building, which was painted white and re-paved to show off the piece. the form is based on beams of light as the reflect dust particles. two imaginary beams are visible in the piece, each made from a series of strung together shiny discs. these discs reflect the light giving the illusion that they are dust particles being illuminated by the beam of light. 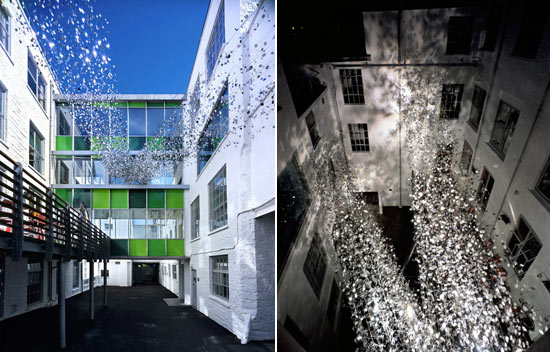 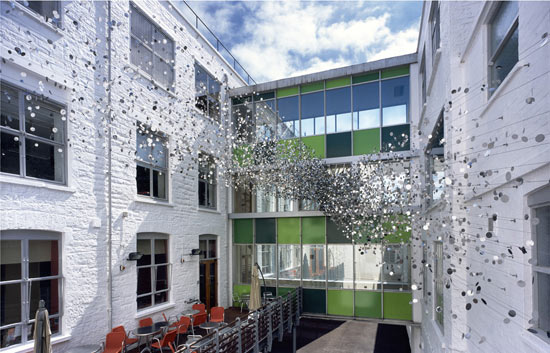