maaike roozenburg’s tile collection ‘for the love of the polypropylene crate’, whose design is based on the common plastic cartons

the work of dutch designer maaike roozenburg, ‘for the love of the polypropylene crate: a tile collection’ is a tile series that effects a crossroads of the industrial and the traditional, as the form of the pieces is modeled after that of polypropylene crates. the project is part of the exhibition ‘#krak’ by the european ceramic work centre at projectspace onomatopee in eindhoven, on october 23rd through 30th during dutch design week 2011. in addition to roozenburg, the ‘#krak’ group show features the work of designers tilmann meyer-faje, irene kopelman, and tim breukers in an exploration of innovation in the realm of traditional crafts. 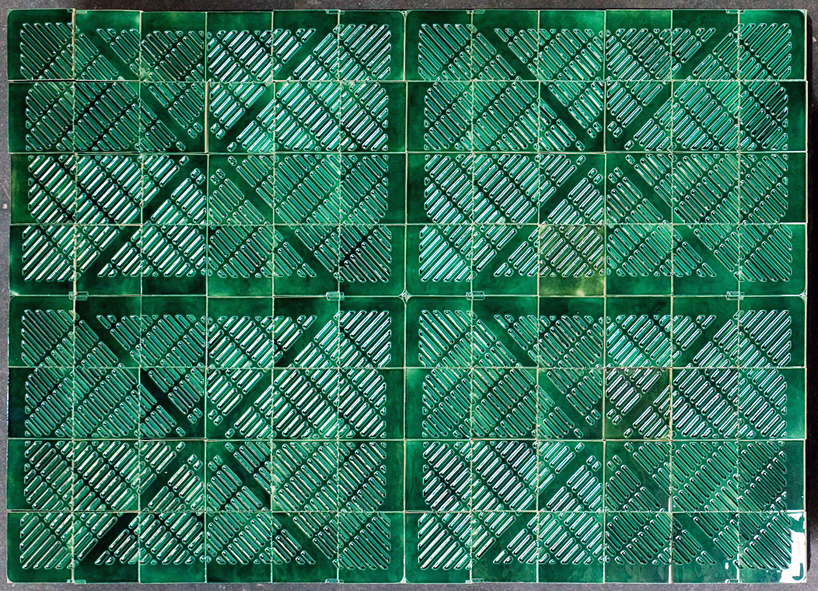 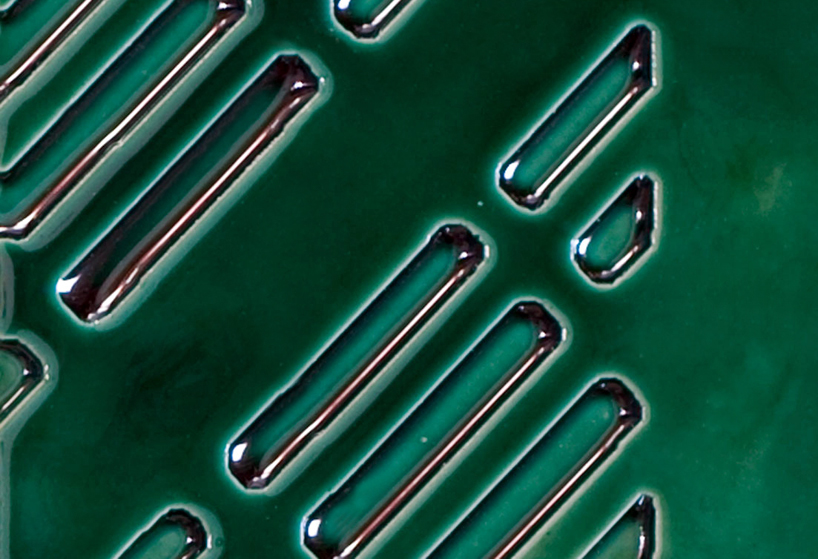 maaike roozenburg describes the concept behind the project, created while in residency at the european ceramic work centre:

‘I want to show the clear and distinct aesthetics of mass-production by enhancing it with ‘classical’ ceramic techniques and materials. the behavior and ‘running’ of the glazes function as a dissonant on the crates’ structures and grids. instead of putting industrial mass-production and ‘traditional’ crafts opposite each other I want to combine them and let them amplify and enrich each other, thus creating a parallel between used techniques and the design theme.‘

the pieces make use of the classical technique of ‘intaglio motif’, in which the relief of the tiles determines the opacity of the glaze across different sections, creating a decorative pattern. capable of being carried out to high precision, the tiles can adopt a ‘modern’, clean appearance, despite retaining a sense of the handmade realized through the natural movements of the ink. roozenburg utilized computer 3D modeling to design and mill the tile forms. full view of another arrangement of tiles 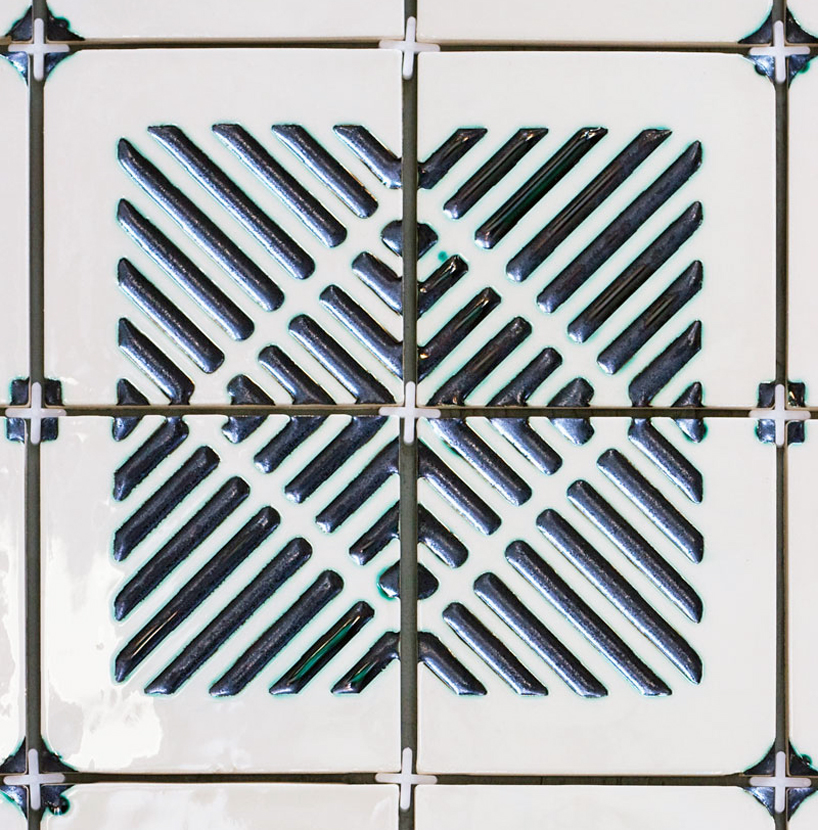 view of module, itself formed from four tiles

it is not the first time roozenburg has worked with polypropylene crates to investigate questions of design and aesthetics; see also her ‘crate’ series of lamps, covered by designboom here. concomitant to dutch design week, ‘for the love of the polypropylene crate’ is on exhibition at the british ceramics biennial through november 13th and korea’s international ceramix biennale through november 22nd. 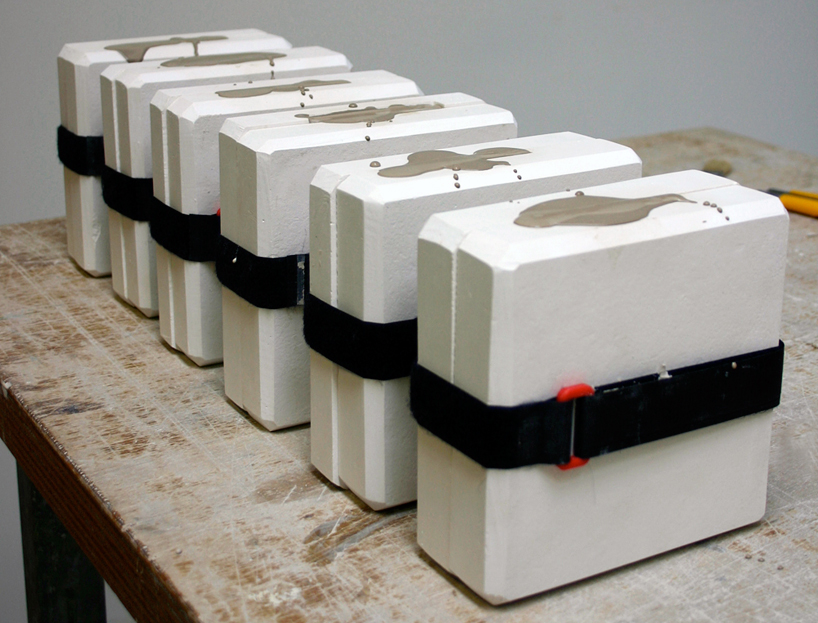 production process – pressing the ceramic in the molds 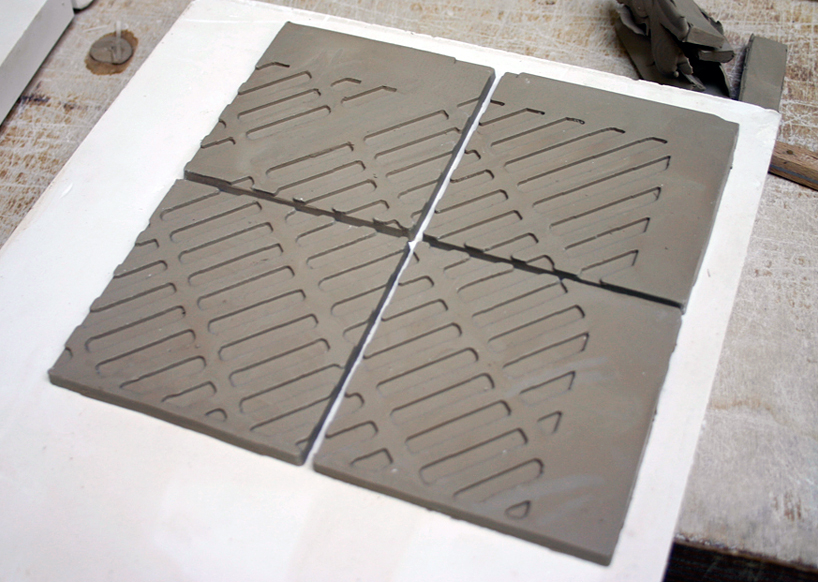 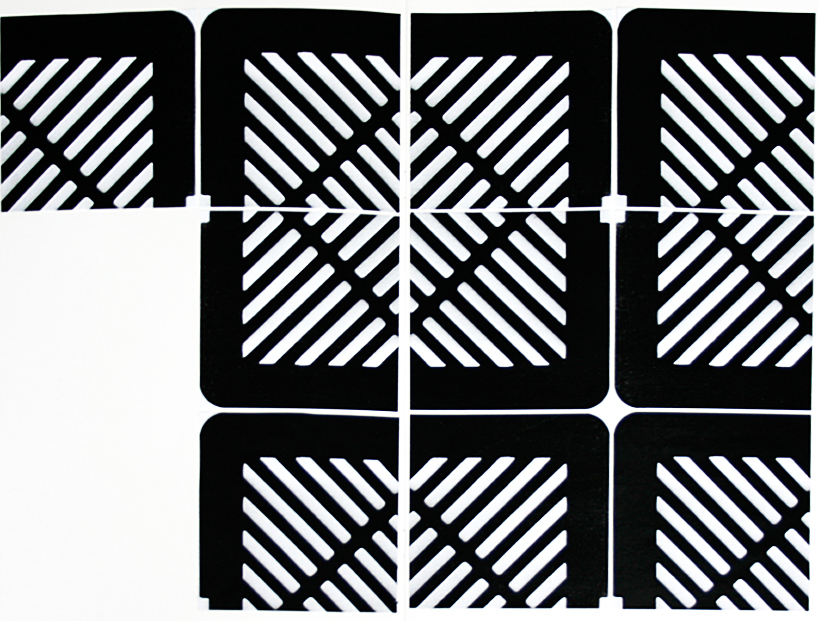 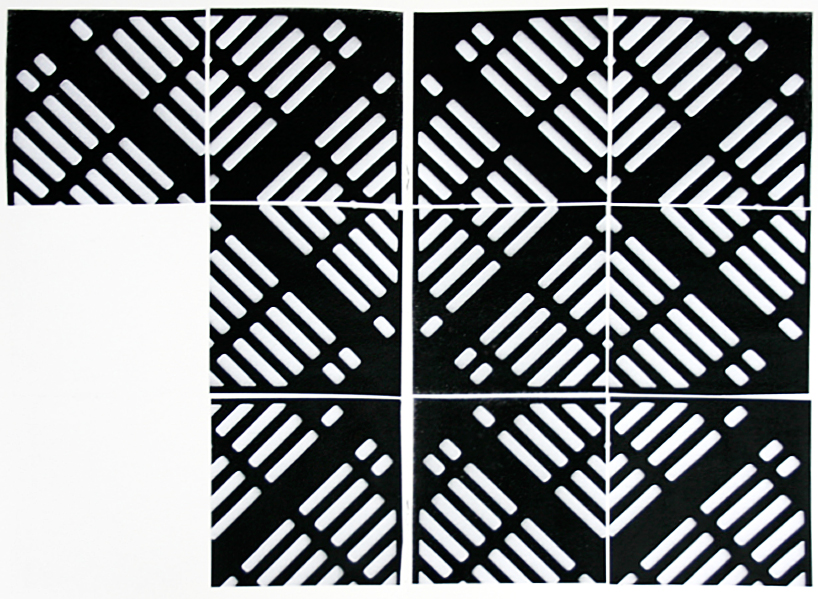 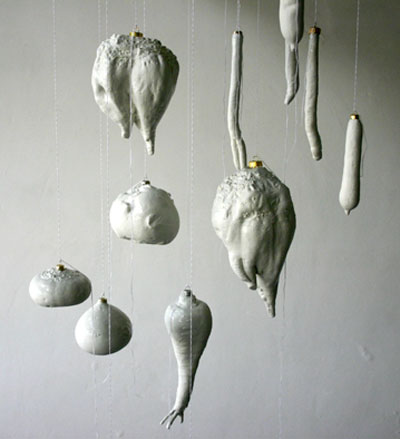 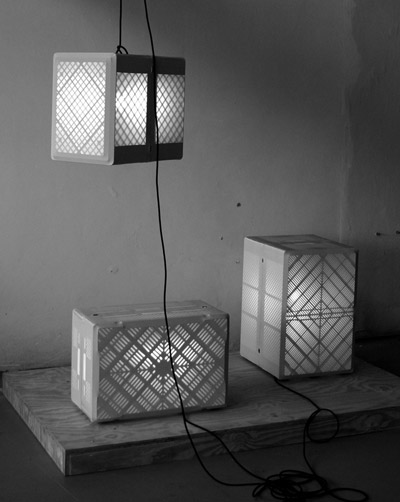