dutch lab‘s ‘gothicism’ is an aesthetically intricate device that uses the cold drip method to produce cups of coffee. the project follows the steampunk theme seen throughout the studio’s previous creations, such as the original ‘steampunk’ and ‘eiffel’. each construct is built in korea from anodized aluminum components that have been laser cut to accommodate brass needle valves, borosilicate glass tubes, and 150-gram tanks. their development is led by a collection of industrial designers alongside a professional barista by the name of jae wong kwak. 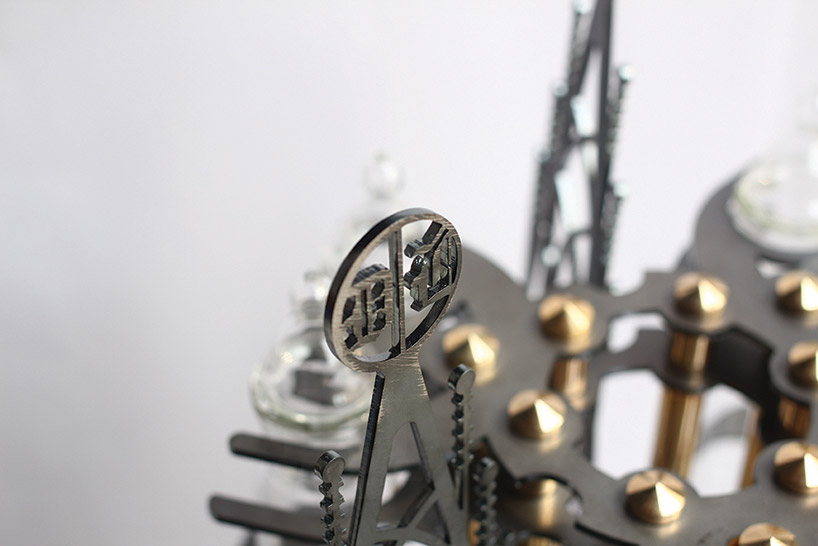 the featured characteristic of this particular machine is its perpendicularity to the ground, which lets the warm brew naturally drop into canisters placed below. with the intent to exhibit this mechanism, the studio took action to convert the concept into a beautiful form of architecture. the resulting conglomeration of geometries share similar characteristics with gothic monuments seen throughout time. simplified representations of rose windows, medieval crockets, and pointed arcades are articulated by a layering of black surfaces linked by silver, golden, and translucent connections. when viewed from the top, the combined contours stand at a 120-degree angle and are secured on top of a triangular base. compared with 4-leg designs, its three supports provide a perfectly stabilized structure from which the flask of prepared coffee can be removed. the shape also maximizes its overall appearance when lined up next to its relatives with an elevated amount of ornamentation that has the ability to be disassembled into six pieces. this allows the patented tool to be easily carried, put away in storage, and sent out for shipping.

update: ‘gothicism’ was presented during dutch design week 2014, and is on show in the ‘sense/nonsense’ exhibition at van abbemuseum until november 9th, 2014. 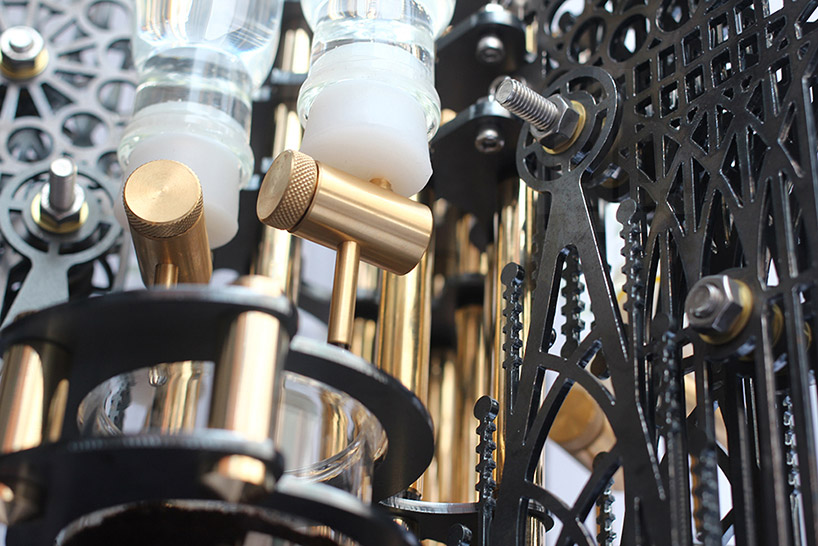 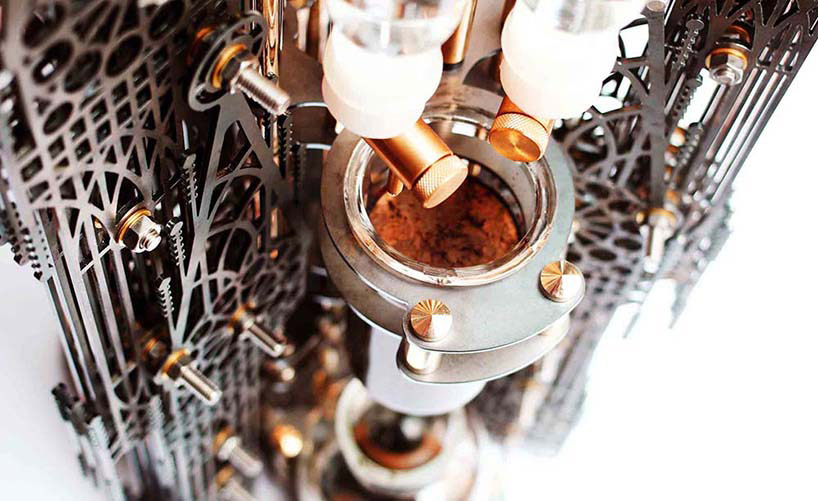 ground coffee is placed under the water dripper 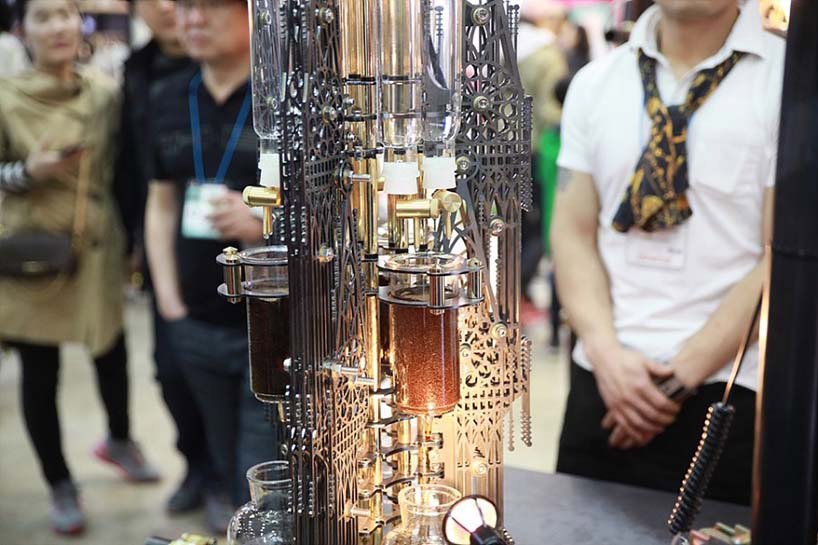 the design has been displayed in many national and international exhibitions 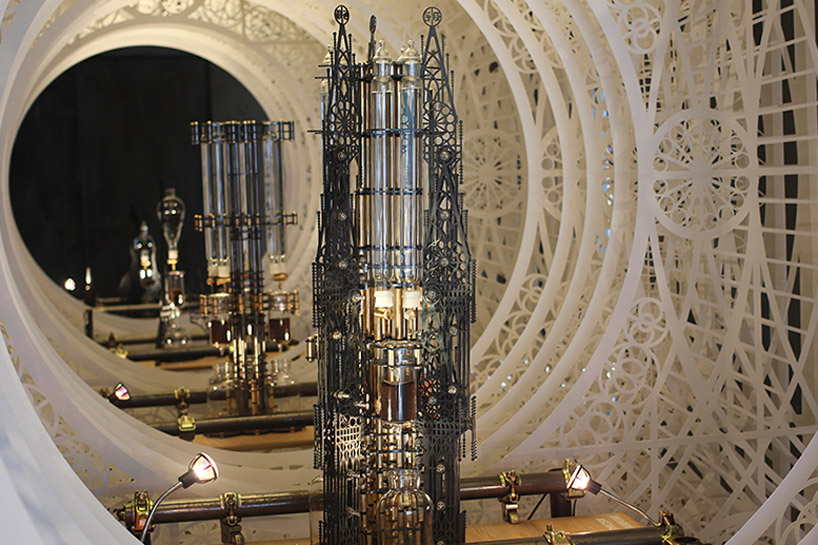 ‘gothicism’ within an exhibition for dutch labs

the family of creations 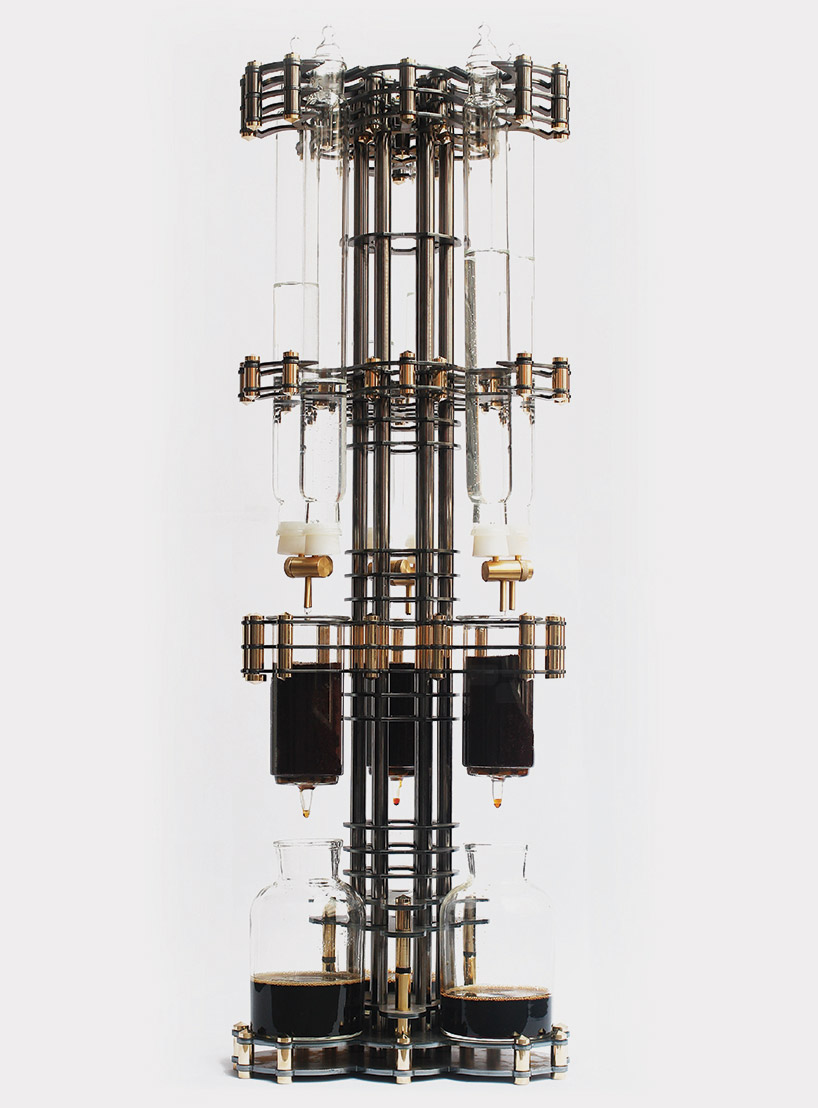 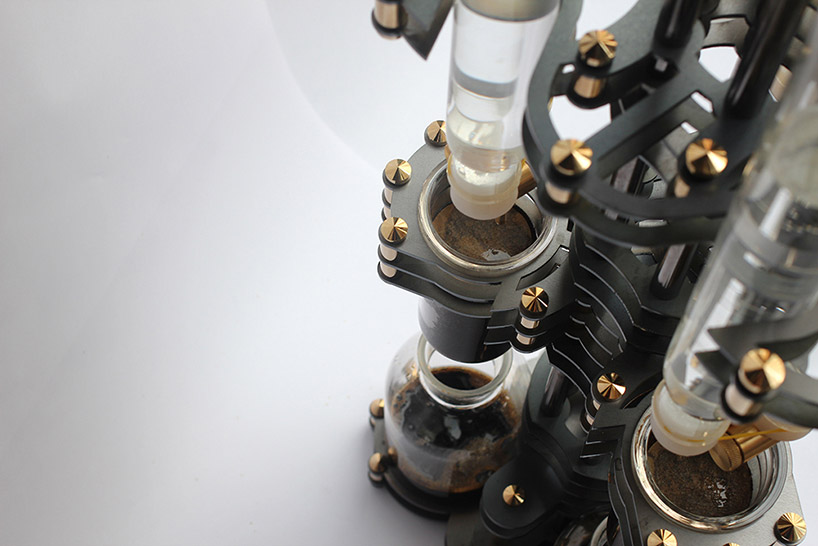 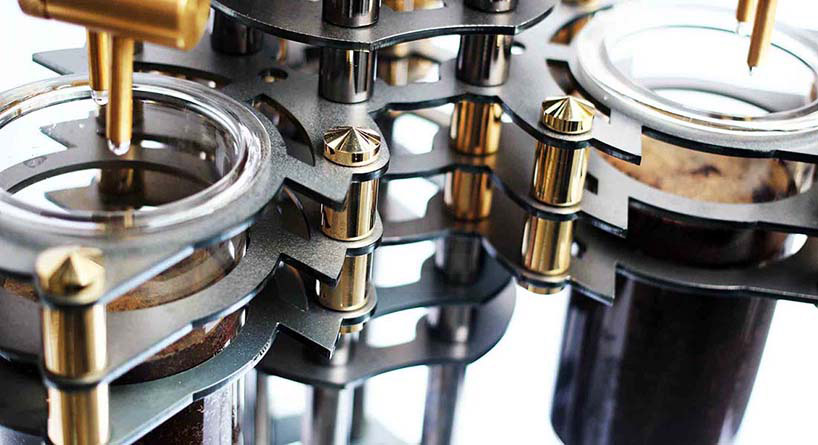 the coffee slowly dripping into the empty bottom flask 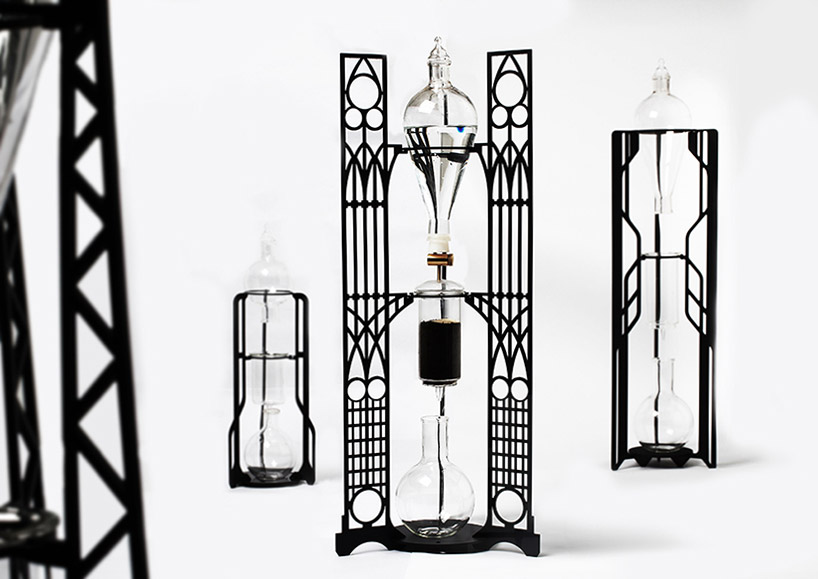 the designs makes them not only coffee machines, but also luxurious decorations 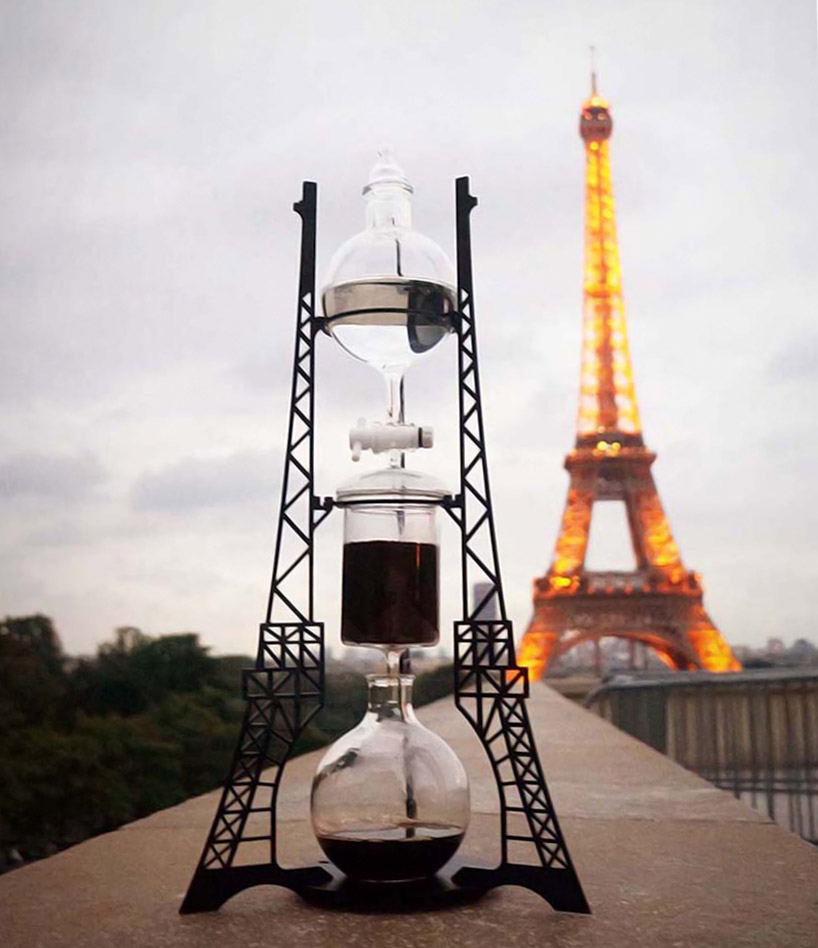 dutch lab’s ‘eiffel’ in front of its ancestor 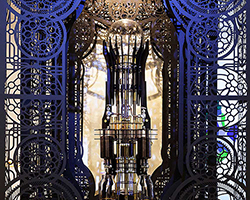