in a workshop led by designer pierre charpin, students from the masters program in luxury at ECAL / university of art and design lausanne have created decorative porcelain products for the french manufacturer bernardaud. four of the resulting objects are being produced in a limited edition and are displayed in the exhibition ‘le decor est planté,’ on view at the bernardaud foundation in limoges until october 24.

one project is the plate collection ‘france’ by albert schrurs. at an exposition in 1900, french tire manufacturer michelin gave away guides recommending good restaurants and hotels, both as a service but also as a marketing strategy, subtly encouraging use the company’s tires when exploring these gastronomic destinations. drawing from this birth story of the famous red restaurant guides, schrurs has created 30 unique plates which render a giant map of france and its starred restaurants. 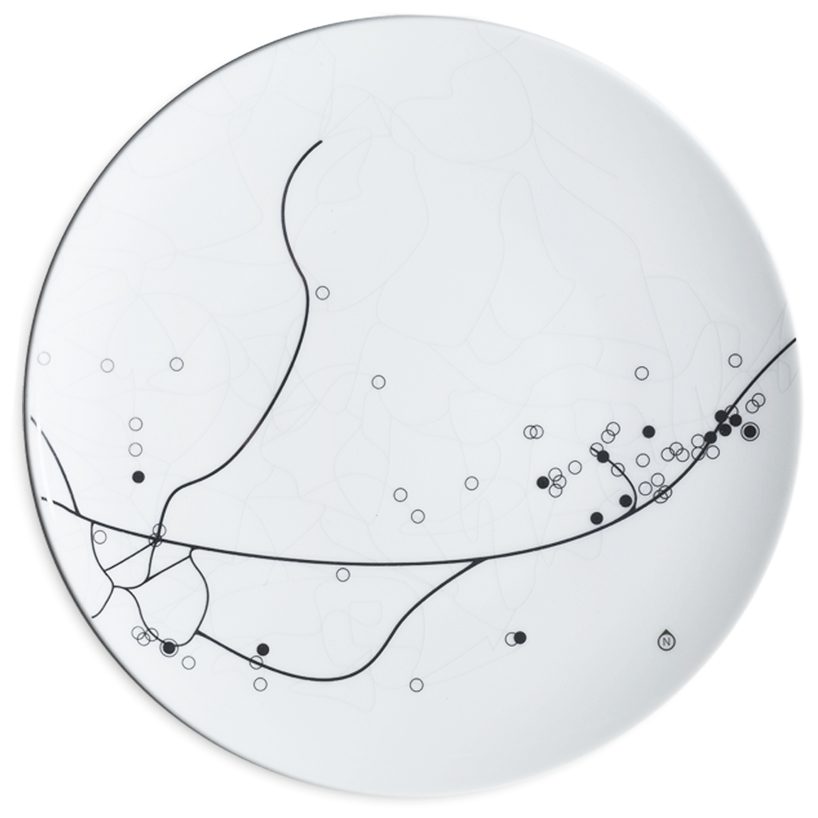 the series includes five plate sizes and the establishments are marked by different types of dots to note their number of stars received. each plate’s position in the series can be identified by a cardinal arrow which indicates north or by a full diagram on the reverse side. 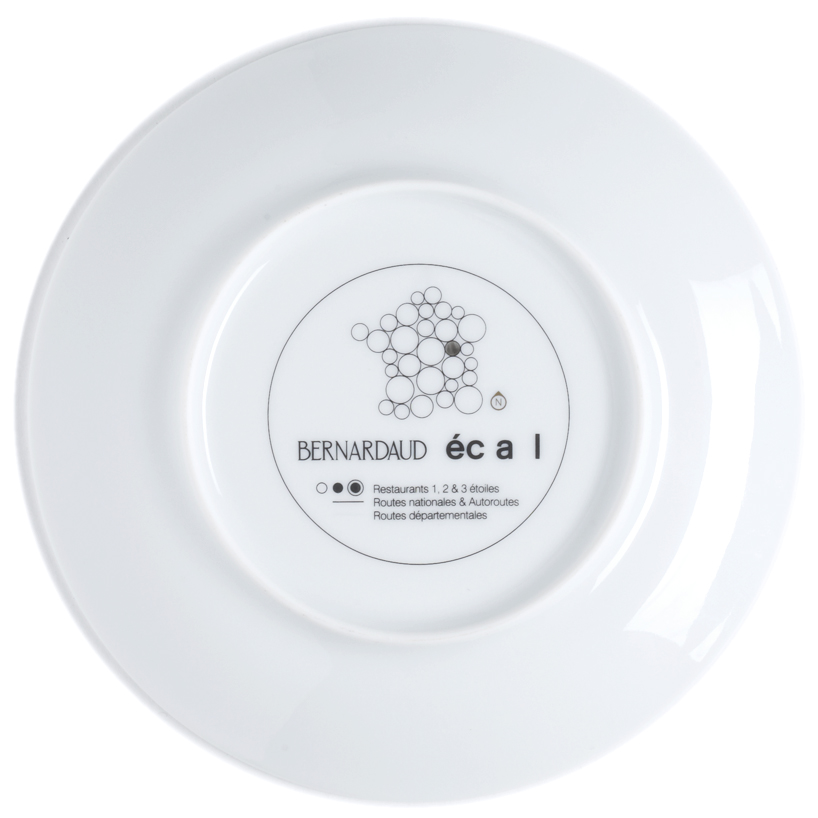 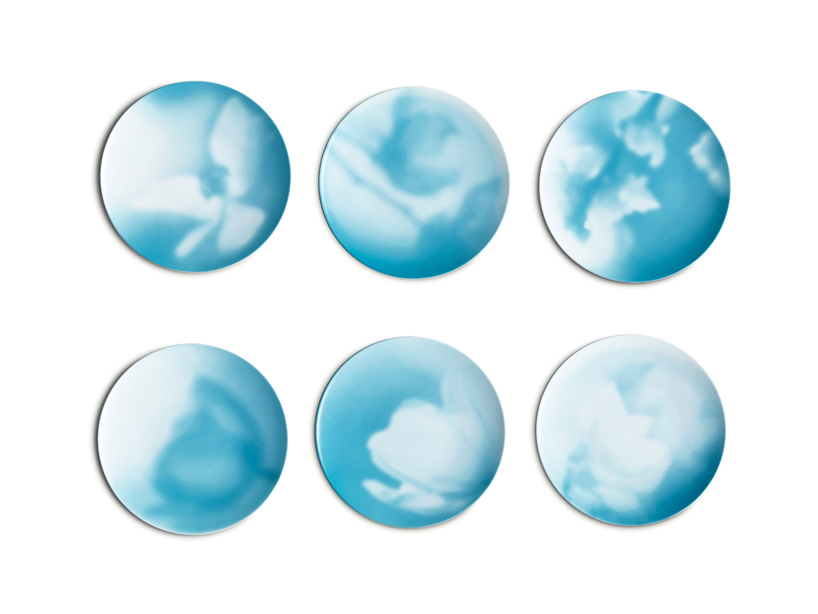 reinterpreting the flower patterns of traditional plates, jessica terrapon used contemporary photographic methods to create the collection ‘blur,’ instilling a sense of curiosity and allowing formations be defined by the user’s imagination. 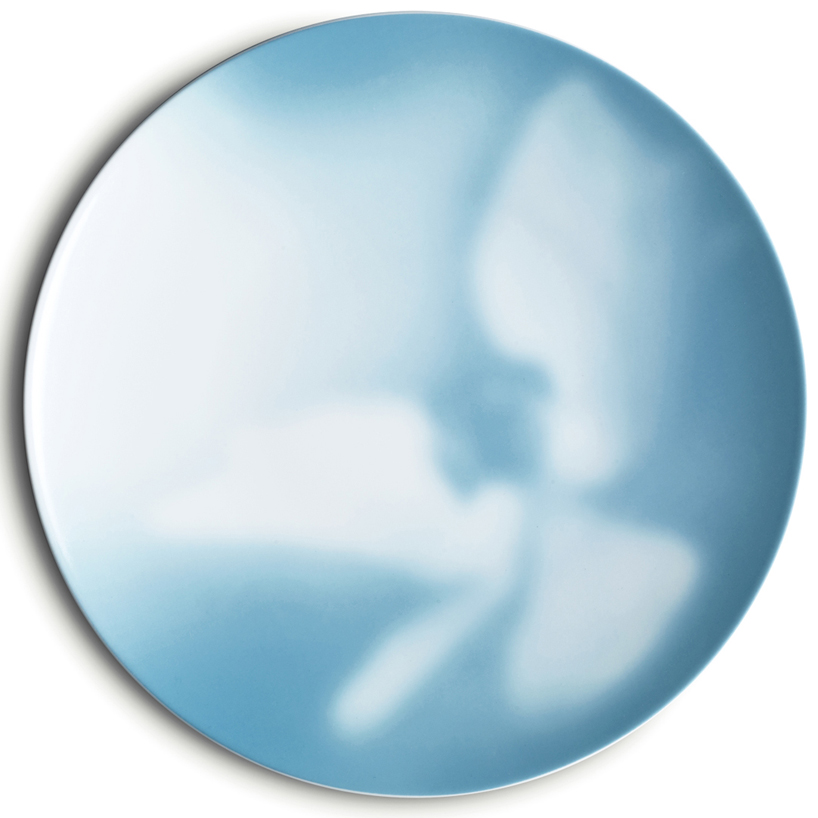 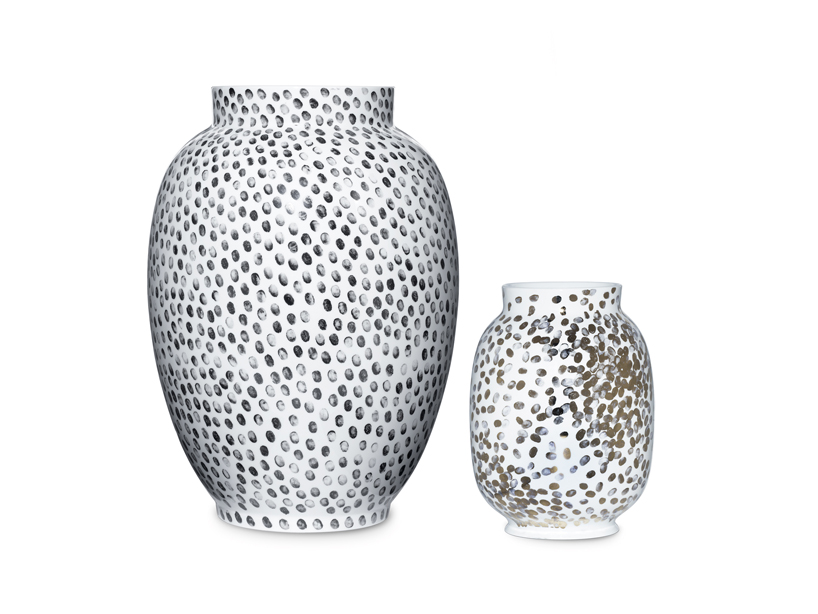 responding to bernardaud’s history of manufacturing porcelain, doris zaiser has marked the passage of time with human fingerprint patterns on vases in her series ‘traces.’ guillaume noiseaux, by contrast, looked to the future instead of the past, transforming the iconic vases into space capsules. 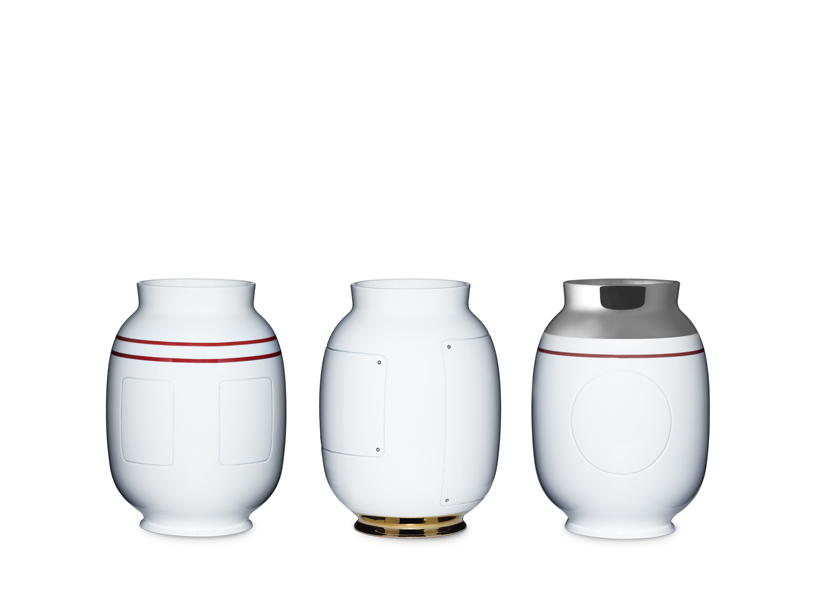 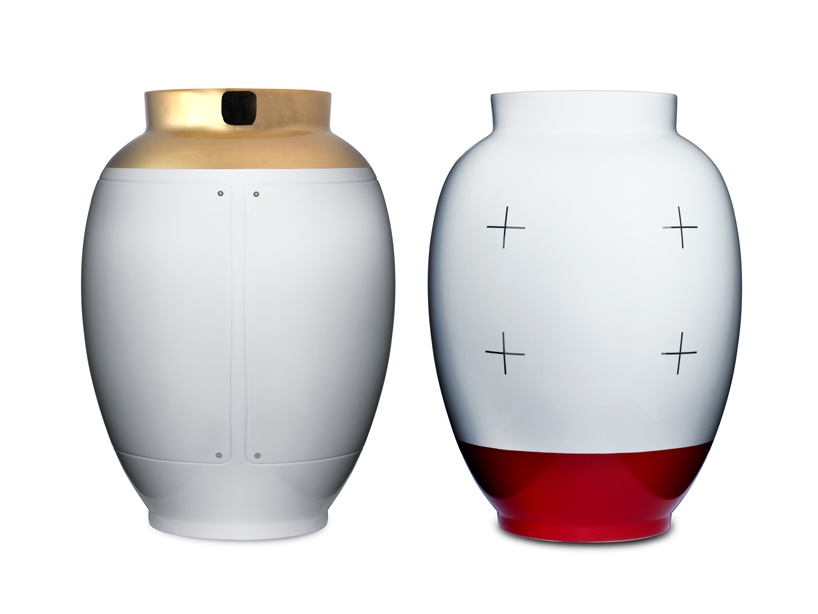 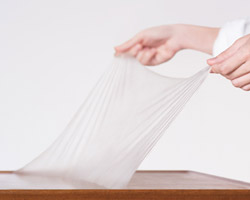 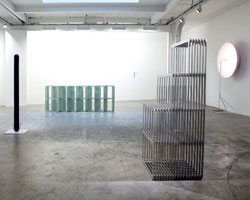