‘ecooler’ by mey kahn and boaz kahn from israel is one of the third prize winners of ‘iida awards 2010‘, organized by designboom in collaboration with incheon metropolitan city.

using passive and natural cooling methods, the ‘ecooler’ screen is a system of hollow ceramic tiles that cools a room by running water through its channels.

designer’s own words: the ‘ecooler’ tile screen offers an alternative for cooling internal spaces without the use of electricity it is based on a hollow ceramic tile that can carry and transfer water. using a designated connector, it can be connected to other tiles, creating a natural cooling screen. ‘ecooler’ is a combination between two traditional middle-eastern elements: the mashrabiya and the jara. the mashrabiya is an architectural element that bears social values as a mediator between the inside and the outside. it is designed to allow air and light into internal spaces. the jara is an ancient jug used for cooling water by seepage and evaporation through the clay. unlike today’s air conditioner that creates separation between the user and the environment while exaggerating climate conditions, the ‘ecooler’ system takes responsibility and allows you to live in harmony with the environment. 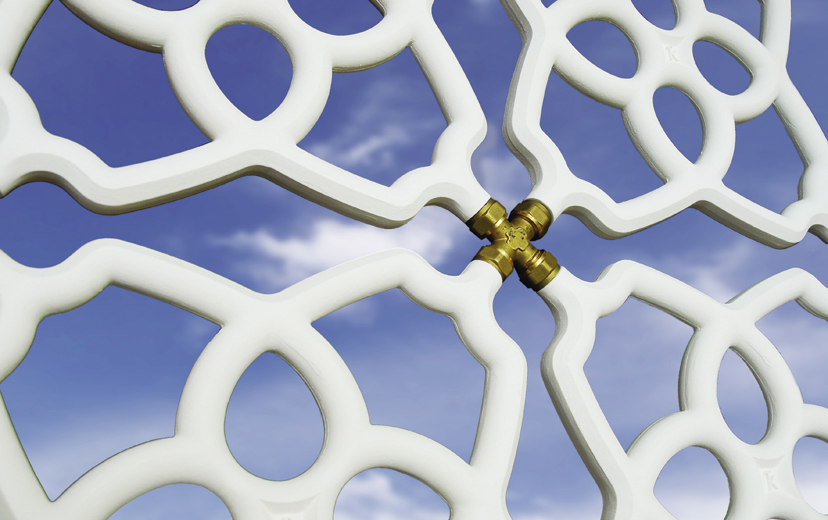 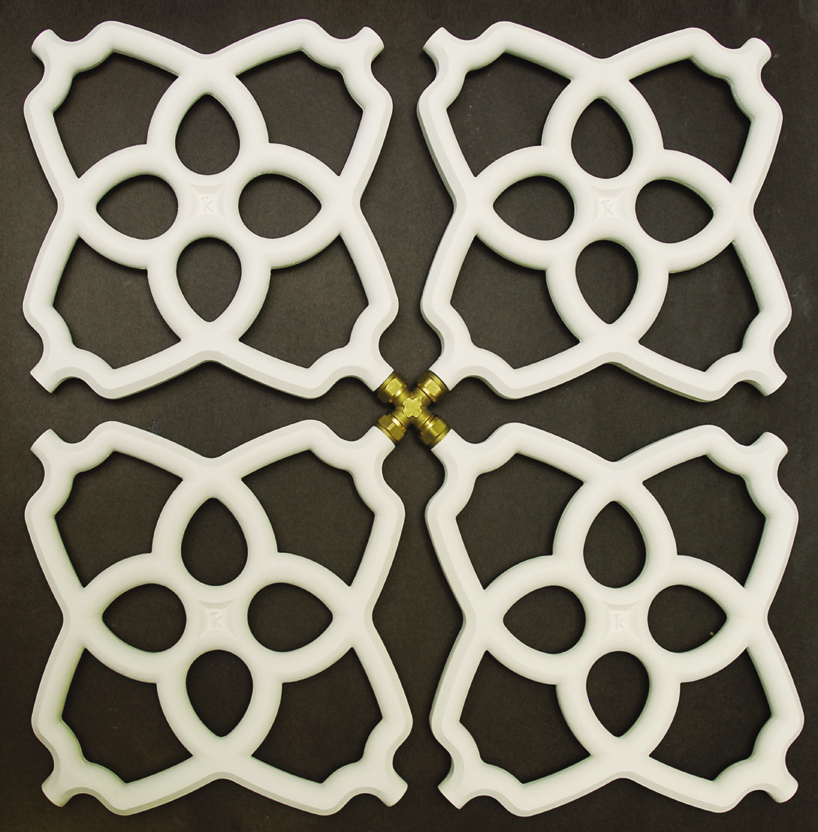 the two traditional middle-eastern elements: the jara (to the left) and the mashrabiya (to the right) 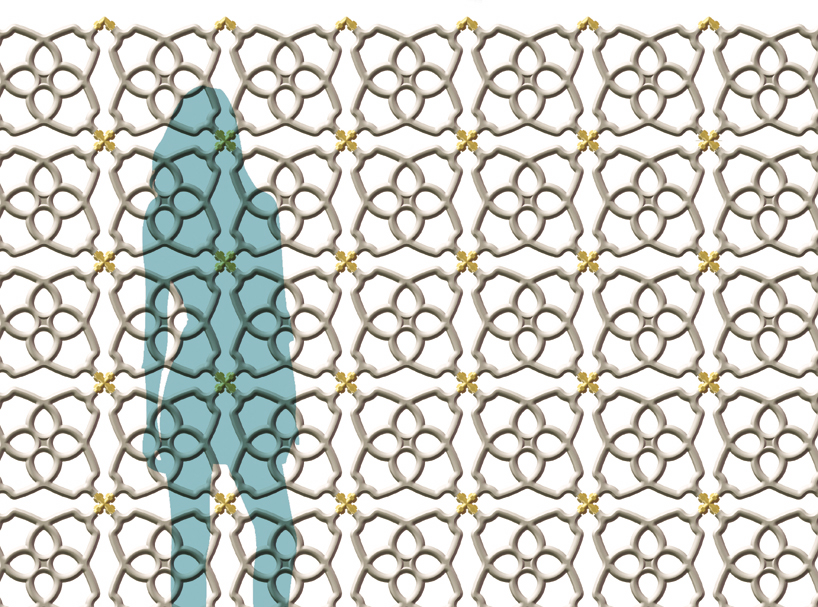 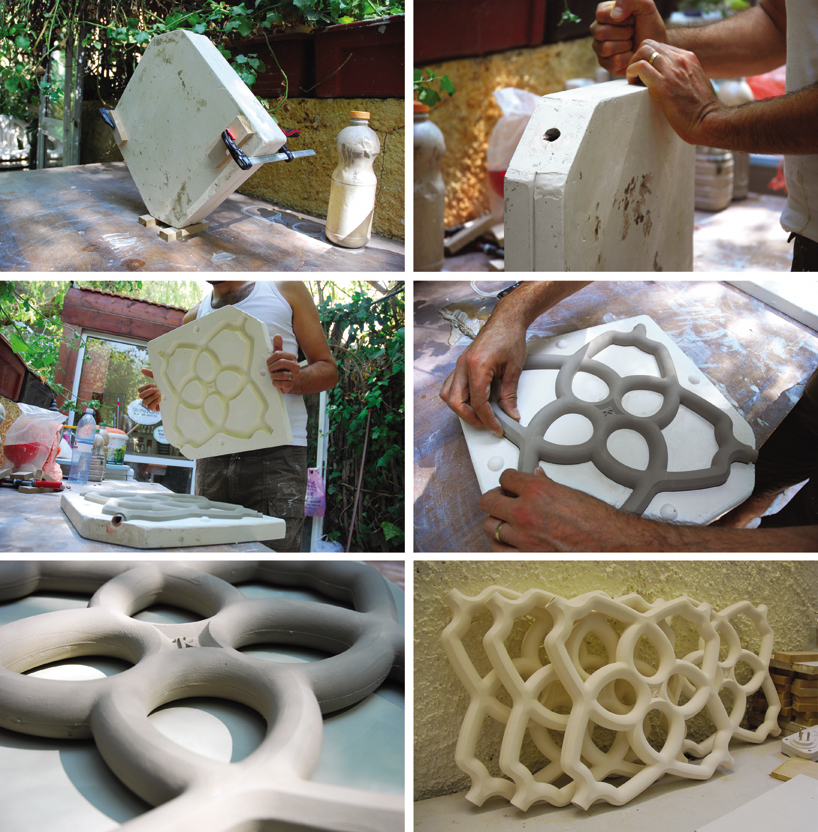