‘debug’ chair designed by dutch studio edhv was created using the trail patterns of insects. each of these species has its own behavior which is influenced by its environment, including factors such as light conditions and obstacles along that come along its path. using a self-built experimental machine consisting of a tracking software and mapping scripts, edhv was able to record the unique travelling behaviour of various creatures such as house crickets, wood lice and ants. the data was then translated into creating this three dimensional model. 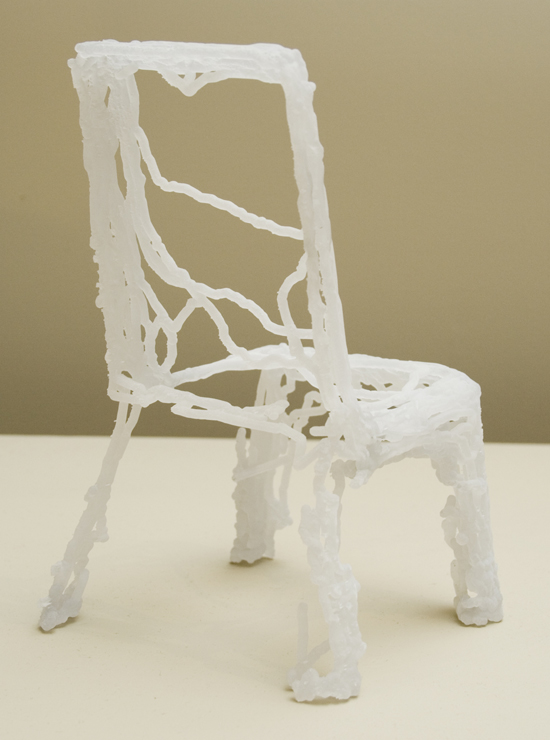 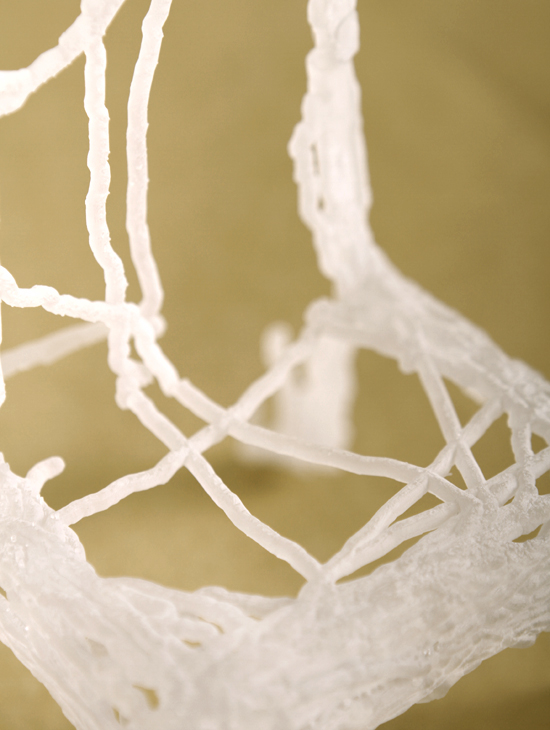 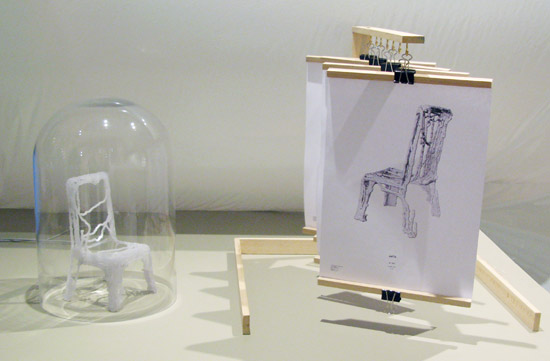 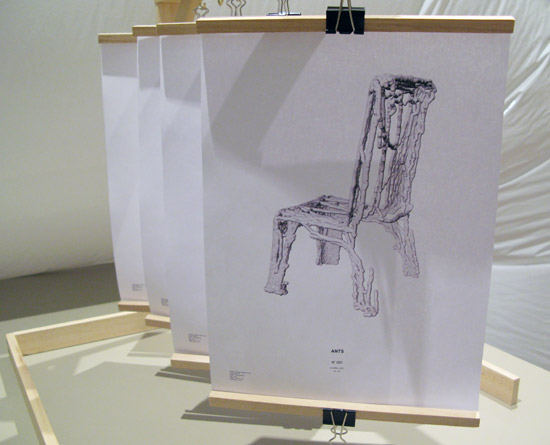 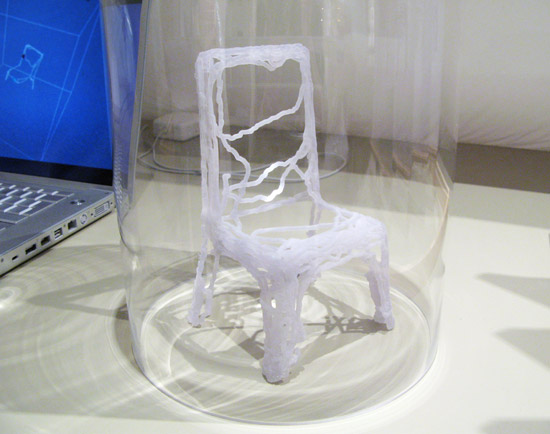 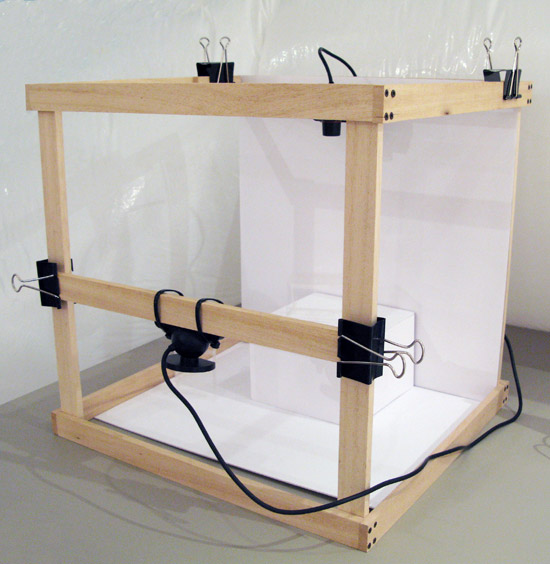 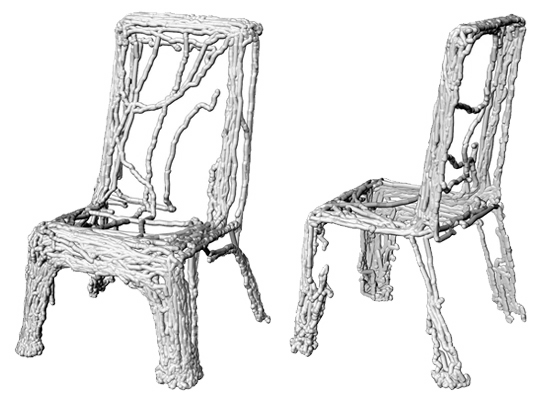 ‘debug’ chair was presented at the dutch invertuals exhibition during milan design week 2010.