edouard françois is known for his multidisciplinary work and contribution towards ‘green architecture’. his work is strongly focused on contemporary topics of recycling, human use, fair trade, the economy, health and welfare, the seasons, the organic etc., dealing with principles of context, usage, economics and ecology related to sustainable development within his architectural work. at maison et objet 2011, the french architect presents one of his most recent works from this year, ‘älg jakt’ (which in swedish means ‘moose hunt’), a chair skin which he developed for nordic design.

each year, maison et objet in paris runs two editions of their fair – one in january and another in september. as part of their annual winter program, they select and announce ‘creators of the year’, acknowledging the work of protagonists from the french creative scene from the past year. chosen based on three categories: architecture, product / industrial design, and interior architecture and design, the maison et objet creators of the year selected for 2011 are interior architects gilles & boissier (patrick gilles and dorothée boissier); industrial designers the bouroullec brothers (ronan and erwan bouroullec); and architect edouard françois. 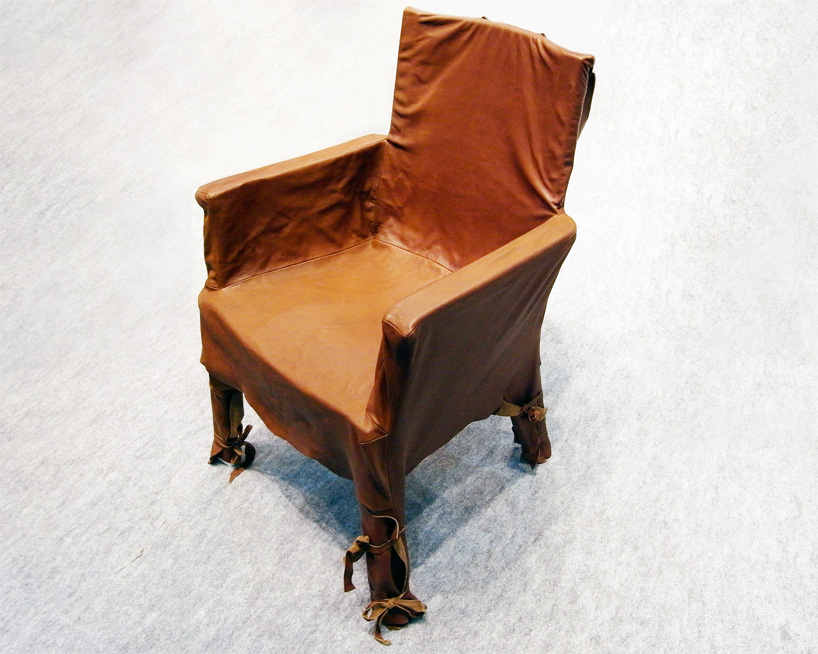 in sweden, moose no longer have any natural enemies, as their population is regulated by the state which decides the quota of the forest animal, that can be shot annually. hunting groups are given permission to shoot a specific number of moose in their area. this control is a means of maintaining balance within the swedish forests and ecosystems. 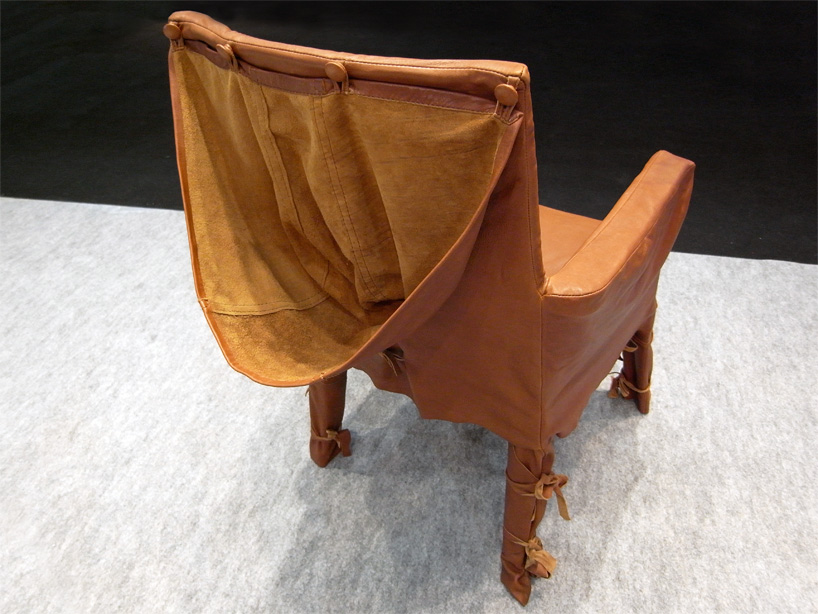 until recently, moose skin was not traditionally used for furniture. however, a few years ago, lars, a man who works in a local furniture factory in northern sweden, went out hunting with his team on a foggy morning in early october – usually, men in the northern part of the scandinavian country go hunting in the last two weeks of the month. however, lars luckily shot a moose. typically, the animal is then skinned on the spot and the pelt is left in the forest, while the meat is taken home.

on this particular fall day, lars turned to his team and said: ‘is it not strange that we throw the skin in the forest, and that the factory then has to order skins for the furniture we make? why don’t we take the skin with us and use it for our furniture?‘ 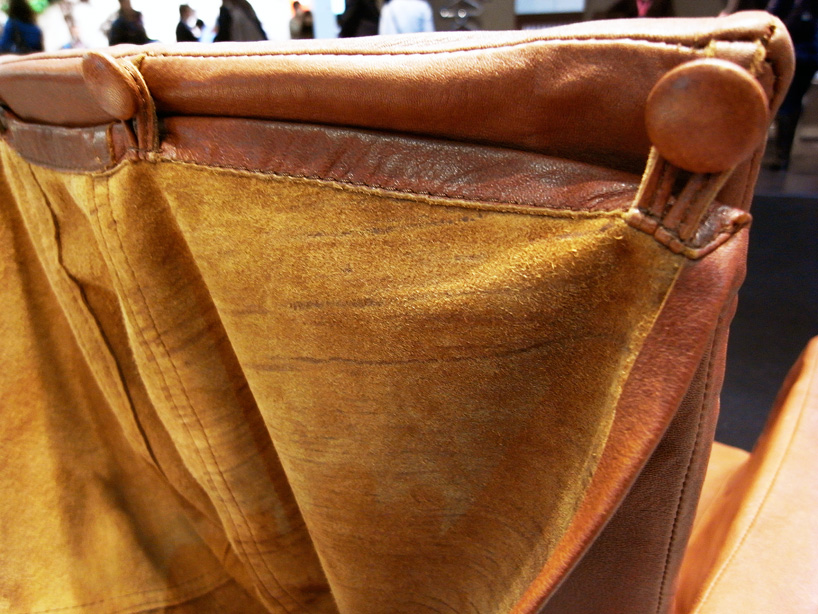 françois’ design utilizes these skins which are constructed to act as a loosely tailored cover for a plastic chair. the design features a large pocket / hood that can be connected to the skin via buttons sewn into the top edge of the seat cover hangs down the back of the providing a place for storing small objects. 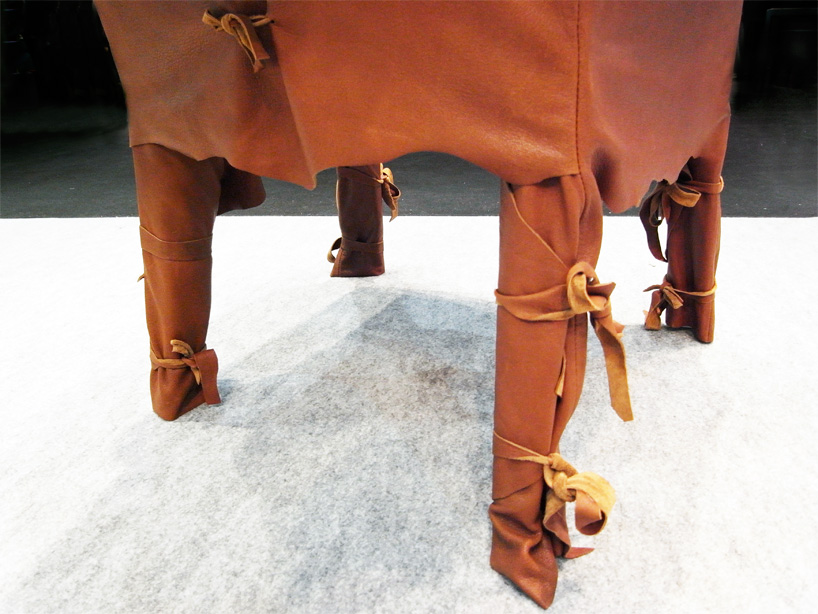 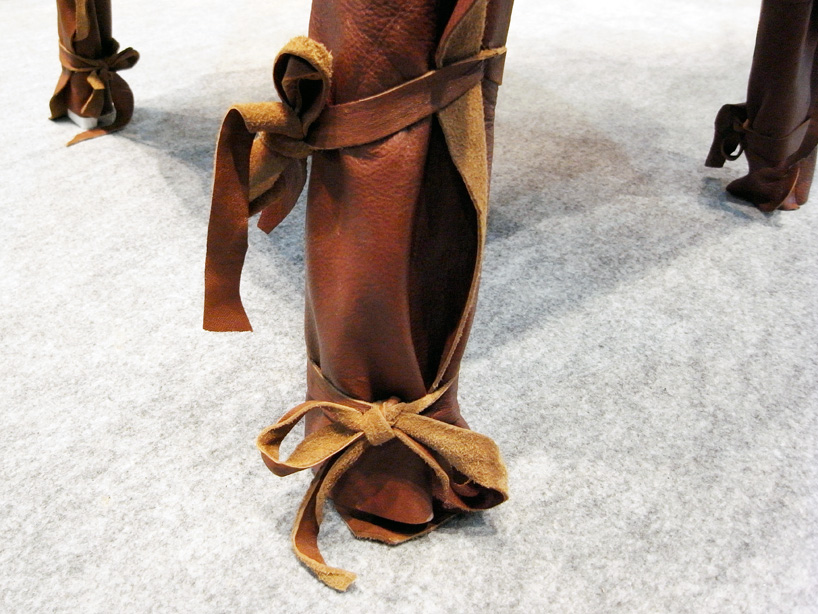 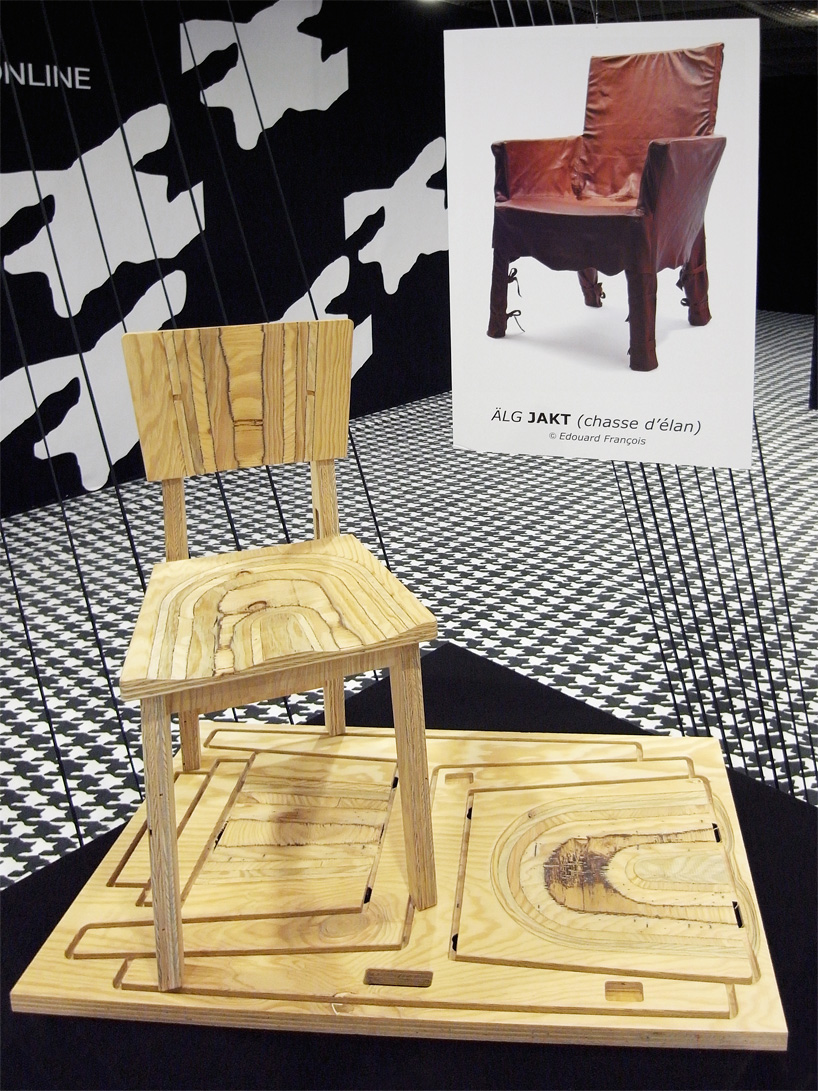 also on show is françois’s project from 2004, ‘98% chair’, a seating design that utilizes 98% recycled materials, with only 2% waste. the do-it-yourself chair is a maximal environmental gesture (or minimal depending on how you view it), and has been produced in the most ecological and economical way possible. 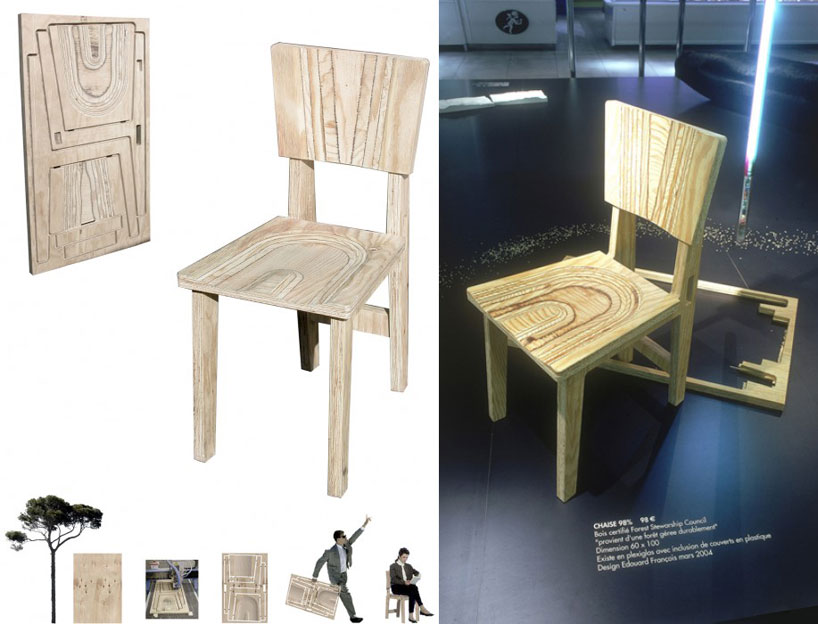 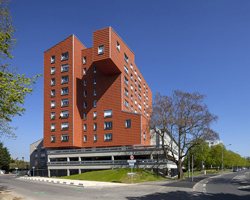 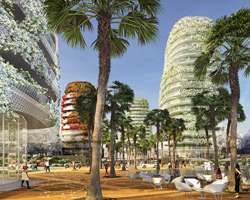 Mar 18, 2014
edouard francois plants the gardens of anfa in morocco 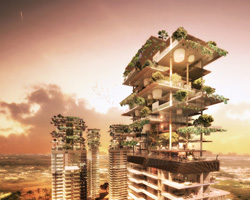 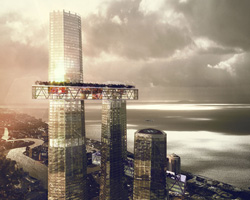