‘ascent’ is the title the solo exhibition of british design studio barberosgerby (edward barber and jay osgerby) on show at haunch of venison in london.

eight new pieces on show, which are the outcome of a collaboration between the design duo and the gallery, investigate the structures and engineered forms of moving craft, such as the fine-like shape of wall-mounted brass structure ‘foil V’. 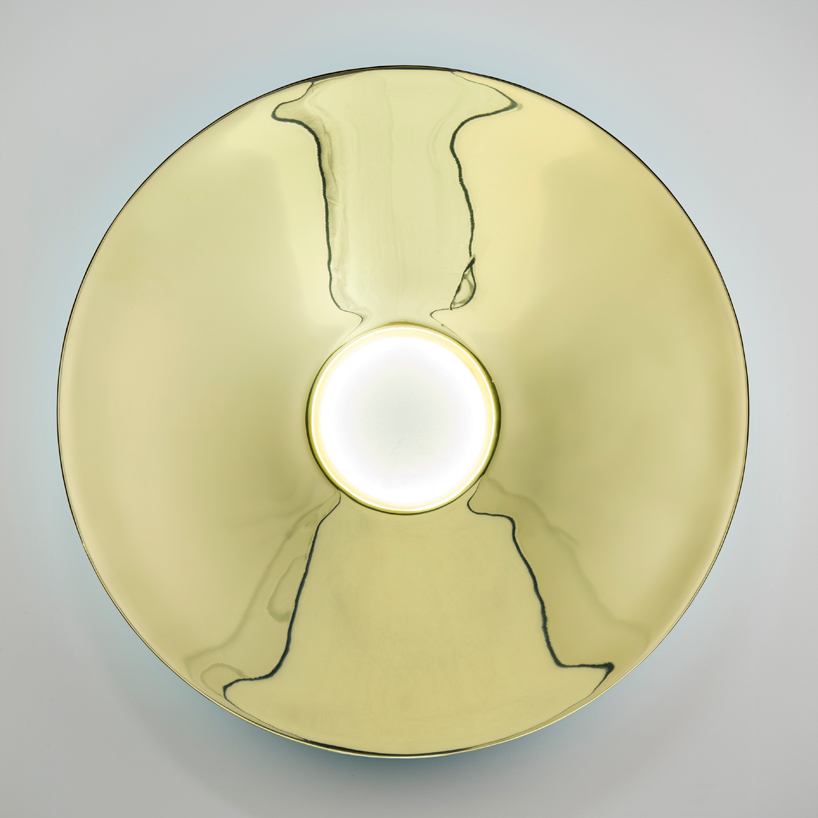 ‘corona 800’ and ‘corona 1100’ are two large discs which emit light. one is made from mirror-polished brass, while the other is a brilliantly colored red one, each appearing is if they are hovering just off the wall. these are displayed with a vertical wall-mounted, mirror-polished brass panel. 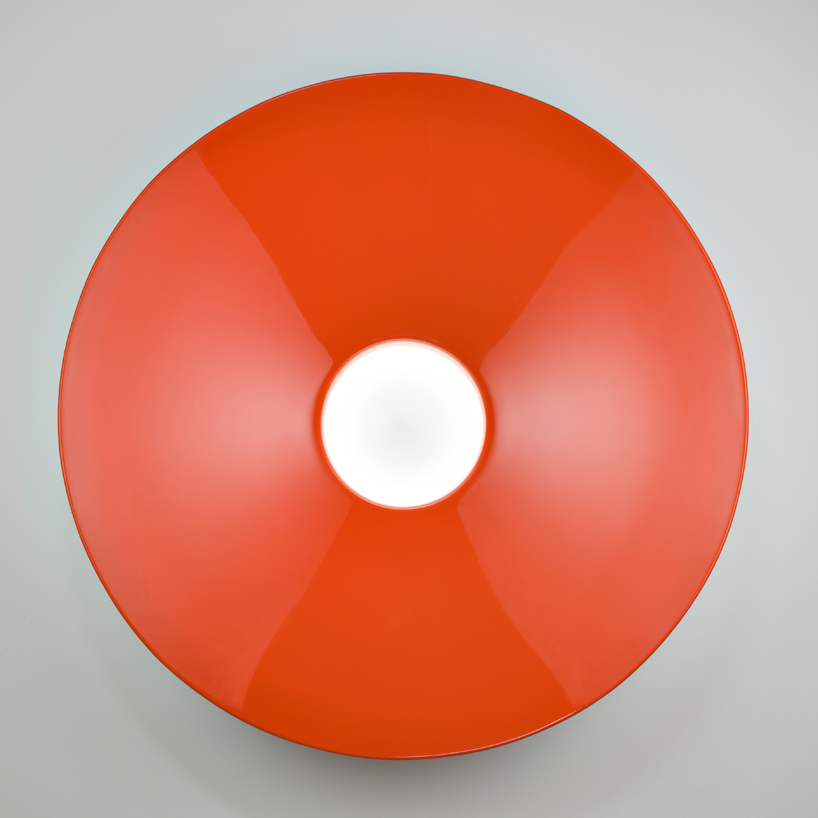 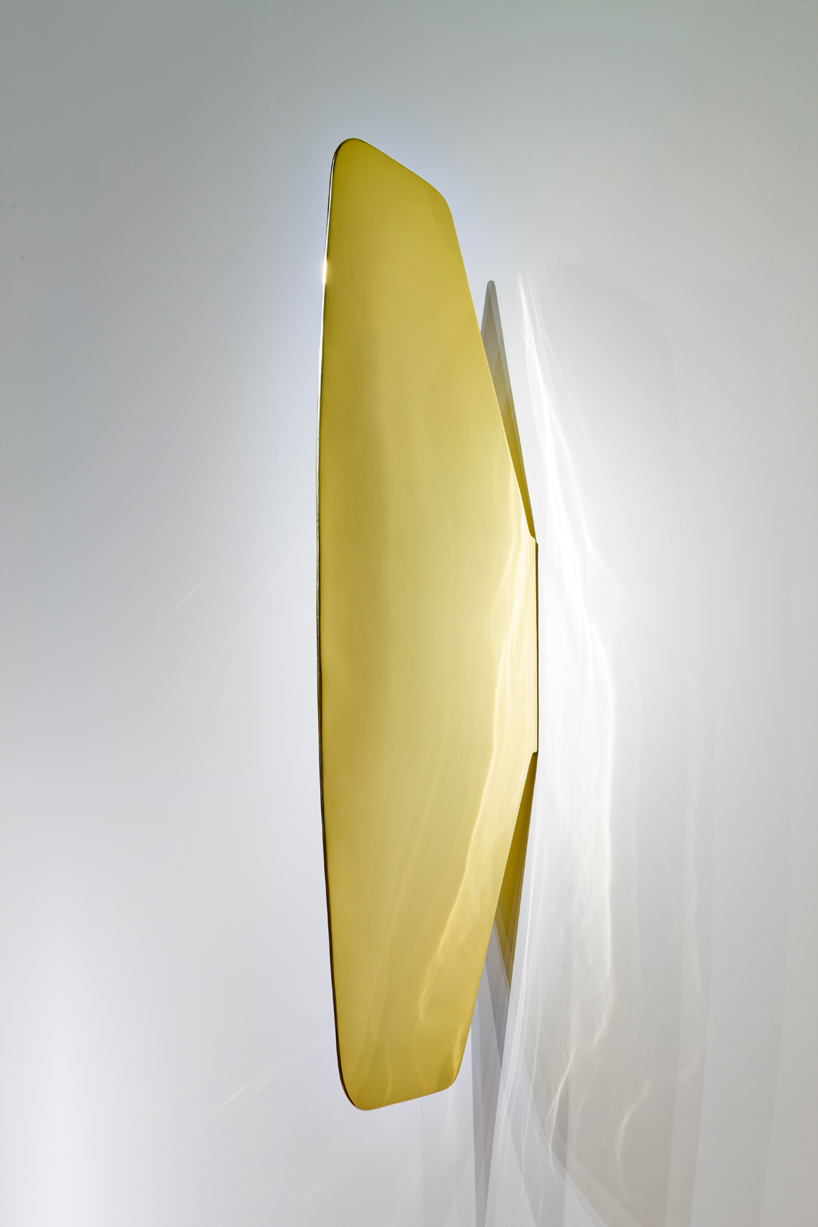 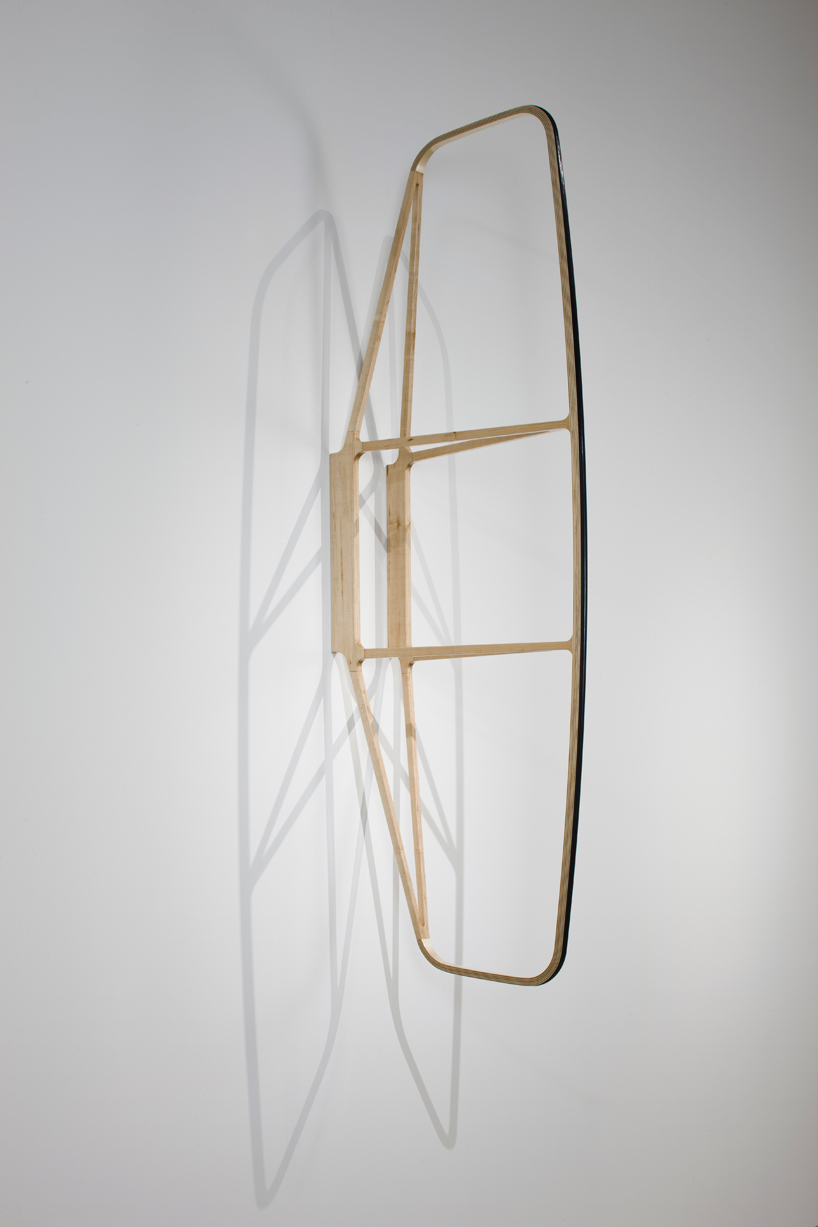 their exploration and use of transportation structures is very apparent in ‘frame 1’, a large, wall-mounted structure for which barberosgerby sought out a british boat builder to make. 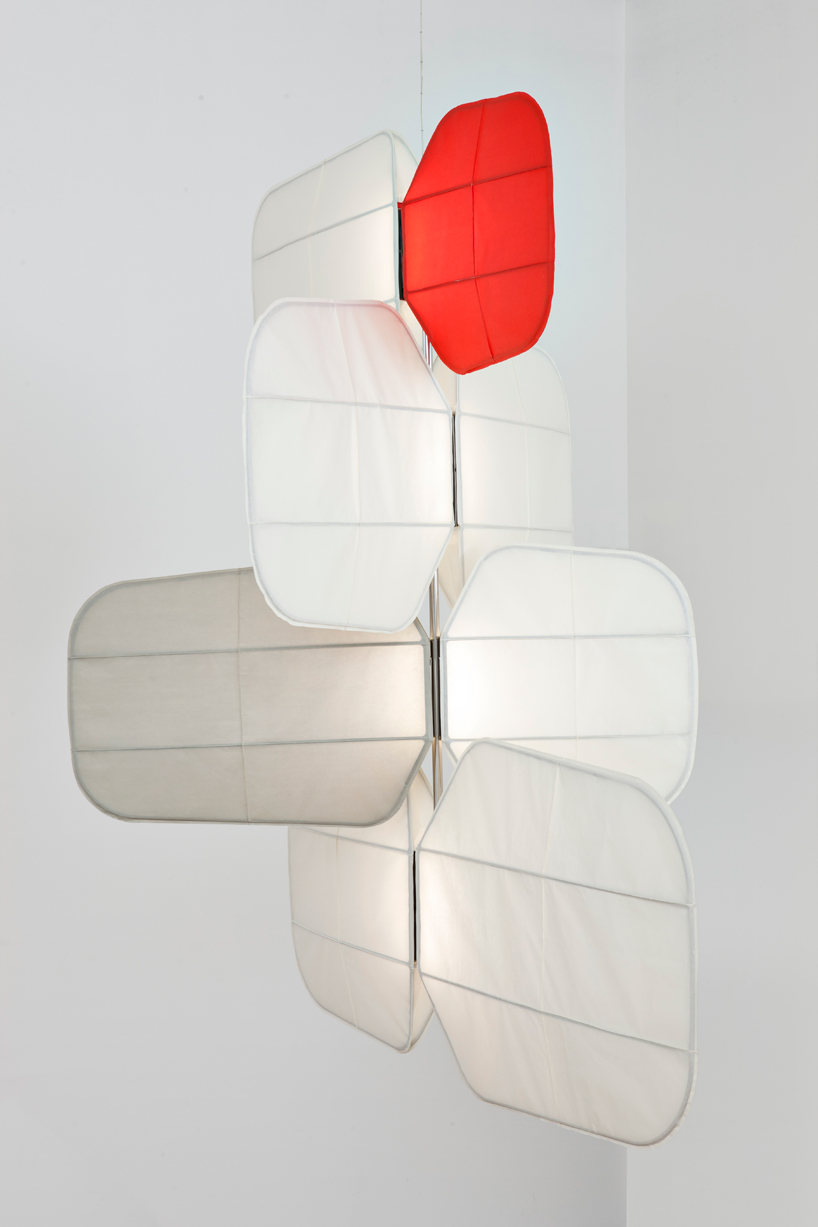 the british designers’ love of craftsmanship and attention to detail are evident with ‘planform array V’ and ‘planform array H’, two chandeliers with 8 and 14 segments respectively. the frame-like portions are covered with handmade japanese paper that has been hand-stitched into each part. 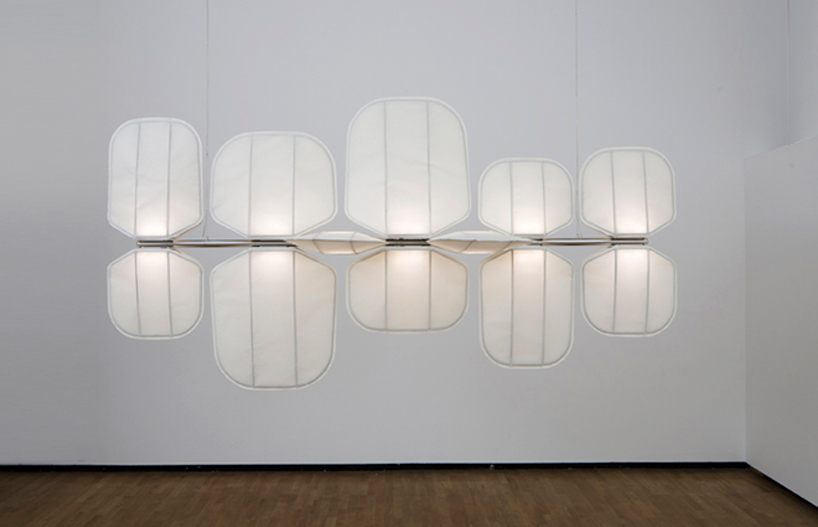 barber osgerby’s restrained and refined approach to design is made evident in ‘ascent’. their formal investigations become eminent through design pieces which illustrate the architectural and industrial quality of their aesthetic and practice. these limited edition works on show at haunch of venison, have allowed them to experiment with craft skills, new materials and processes that would be too prohibitive to use when designing for mass production. 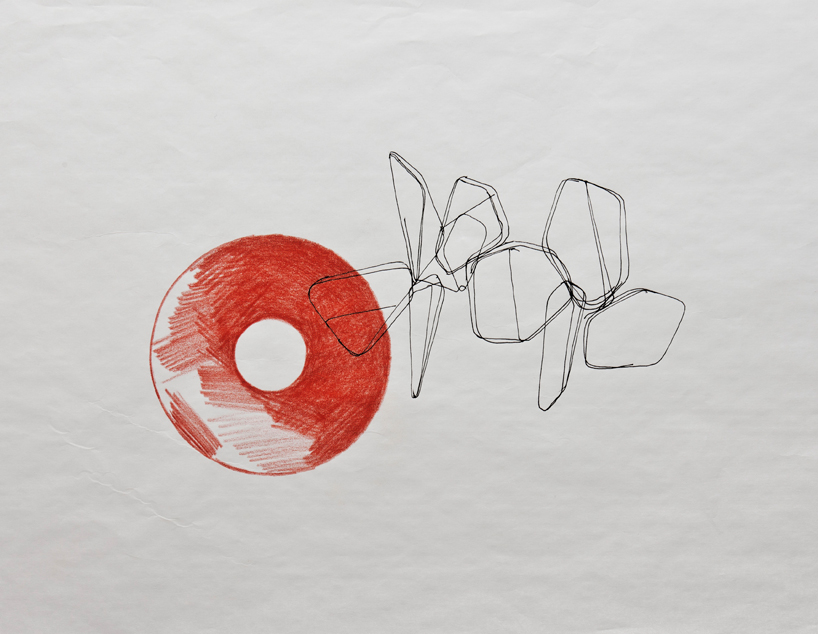 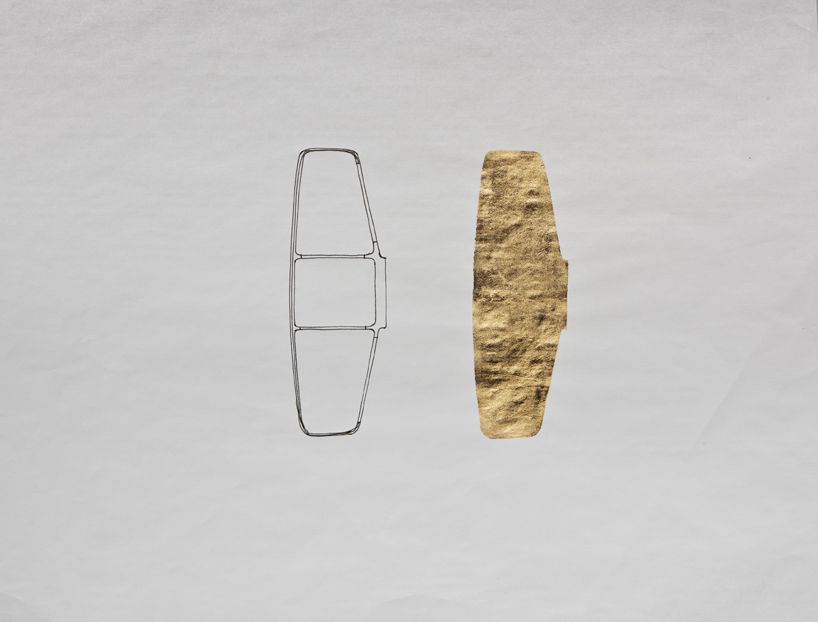 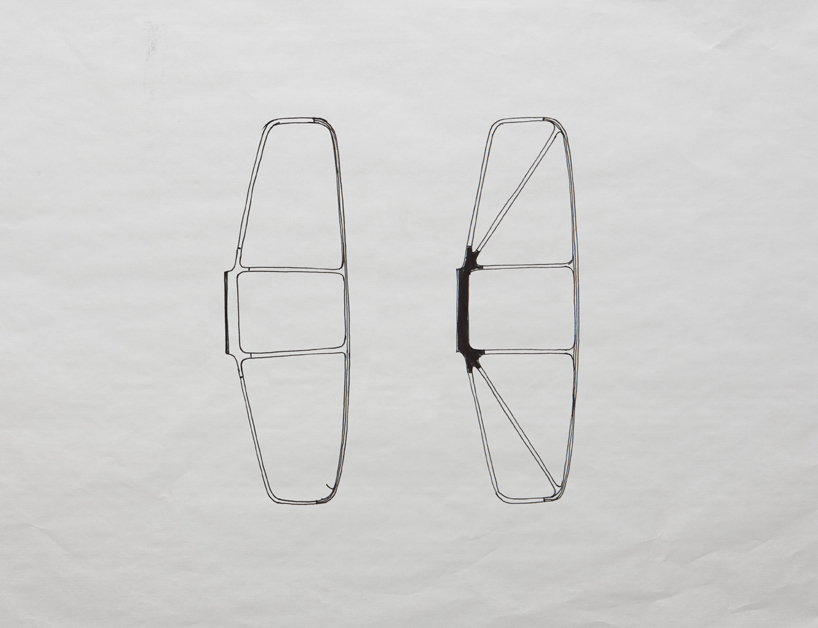 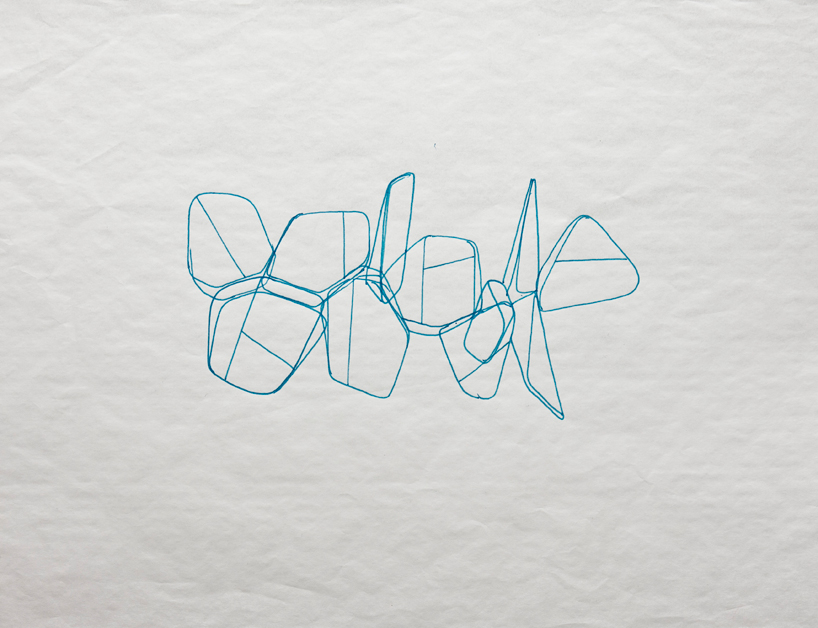 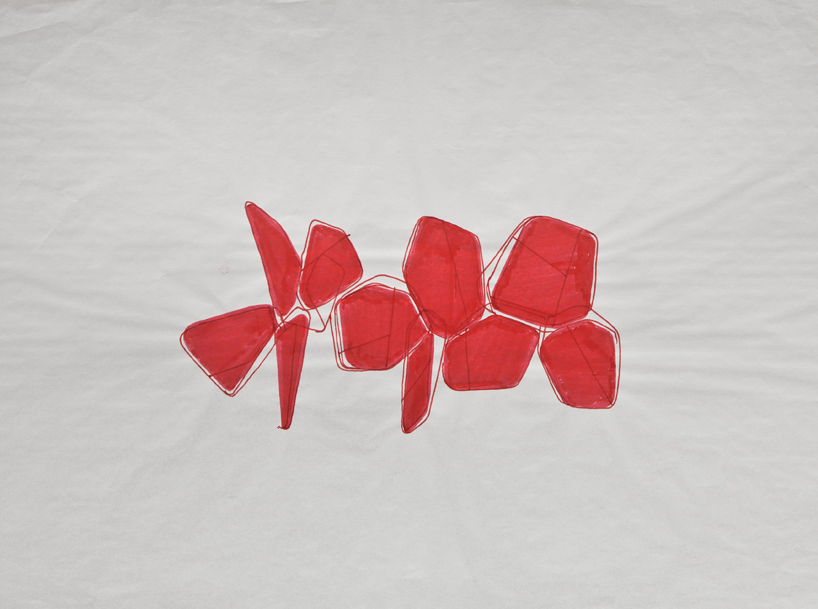