artist-designer eliana lorena has dressed 500 black barbies according to different cultures of women from around the world, with clothes that she has designed and made ad hoc. lorena’s goal was to make barbie become a real woman, not the woman becoming the barbie.

‘I chose barbie, because she is a strong icon, which has approval by definition, giving her another identity.‘ – EL

titled unico.world, the collection of dolls were sold in an auction by sotheby’s at palazzo vecchio in florence in november to support the ‘save the children’ organization. now unico.world has arrived in milan and the 500 barbies – divided into groups of ten, packed in paper boxes craft, stamped and numbered and on sale to the public – are being exhibited at the italian stone showroom (si02 lab) on via degli arcimboldi. 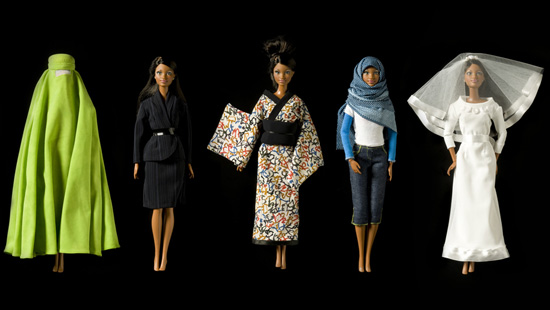 barbies in different cultural dress including a kimono and burqa 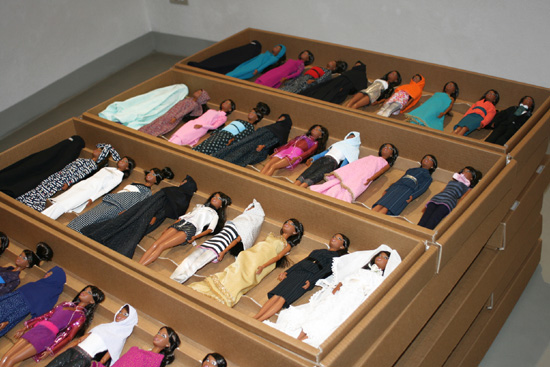 the dolls are packaged in tens 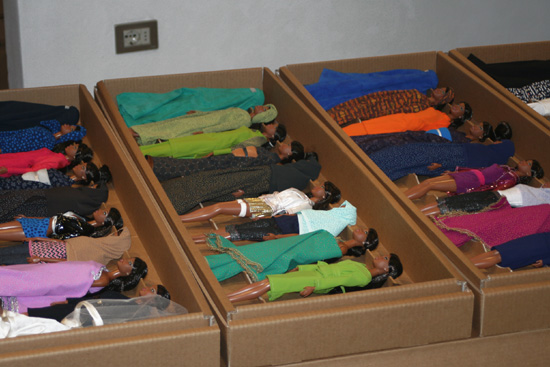 illustrations of the different cultural clothing