ellen macarthur has just sent us a new short animated video entitled ‘re-thinking progress’ envisioning the future with a circular economy. the ellen macarthur foundation works with education and business, driving people to re-think, re-design and build a more positive future. the organization was founded by ellen macarthur who first made headlines as a champion sailor in 2005, when she broke the world record for her solo circumnavigation of the globe. after this achievement, she began focusing on issues of sustainability and resource use which lead her to begin the initiative.

ellen macarthur foundation and DARE digital have produced this short animated video to show the outline of the foundation’s philosophy and how it sees the future within a circular economy.

and from the archive — read designboom’s interview with ellen macarthur here. 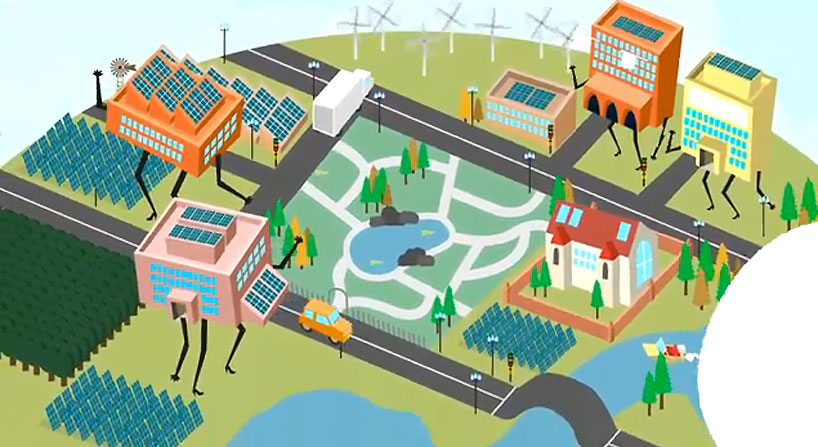 french car manufacturer RENAULT. of her participation on the judging panel, macarthur stated, ‘I just wanted to say what a great initiative it was, and how much I enjoyed looking through the entries. it really was impressive, and I’m pleased to have been a part of it.’

the competition generated 3273 designers from 92 different countries to participate, of which three overall winners were chosen. entrants envisioned a revolutionary concept for

the renowned RENAULT 4 vehicle, producing an iconic model with a contemporary and futuristic styling. you can the results of the ‘RENAULT 4 ever competition’ here.

May 26, 2011
ellen macarthur on designing for the circular economy