having originally made headlines as a champion sailer, where she broke in 2005 the world record for solo circumnavigation of the globe,
ellen macarthur turned her sights in the following years towards the issues of sustainability and resource use, founding the ellen macarthur
foundation in 2010. through educational programs and business and media outreach, the organization aims to equip young people for work
in a world of increasingly limited resources and encourage people to re-think and re-design the future through the vision of a circular economy.

macarthur spoke with designboom about the various aspects of her foundation’s approach and the circular economy concept that relies on reconceptualizing business and consumerism at a systems level to focus on preventing waste, rather than minimizing or reducing the pollutive effects of disposed materials. integral to its mission is the development and use of renewable energy and materials, to which end the foundation sponsors not only student workshops and outreach efforts but also partners with business stakeholders to encourage positive change. macarthur elaborates:

‘we [at the foundation] don’t shy away from the fact that the solutions we try and promote
will not solve everything overnight: the move towards a circular economy, where materials
are either biological or technical and energy comes from renewable sources, involves big scale changes.
it’s a model that eliminates the notion of waste, so biological nutrients return to the soil safely
and help restore natural capital, whilst technical nutrients– precious materials– are kept
at their highest level of quality, and treated as assets. we need to design and create
management systems and cycles that will guarantee that the precious raw materials
we’ve only been given once will be safeguarded: used, but not used up.’ 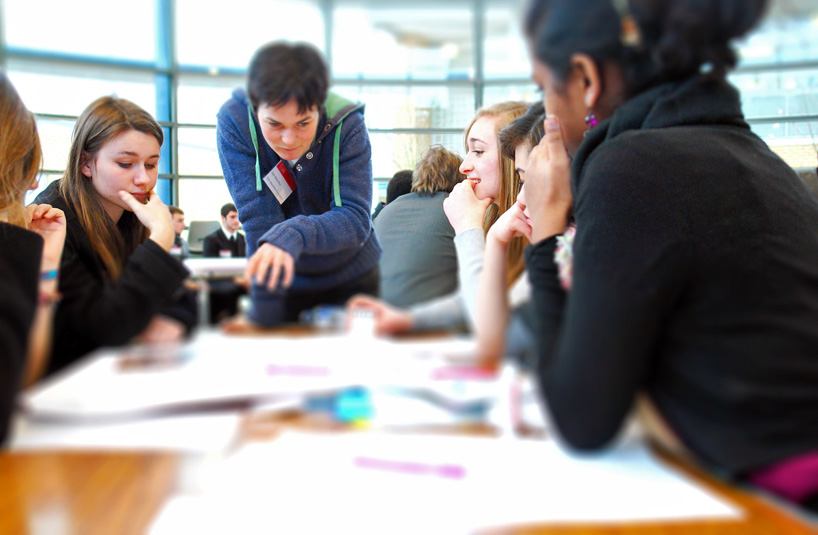 while changes in consumer habits are important, macarthur notes that one of the most important ways people can begin the shift
towards a sustainable economy is in questioning the very concept of ownership. ‘why buy the object,’ she asks, ‘when all you need
is the service it provides?’–  a mindset regarding the use of most technical goods, from refrigerators to cars to lawnmowers.
in a circular system, manufacturers would own their products, and lease them to consumers for a specific period of time,
putting the incentive on the companies to offer well-designed objects that they could then reuse, refurbish, or break into component parts
and remake into the next model. in this system, consumer needs are satisfied and manufacturers retain possession of their materials,
an important concern in the context of resource depletion.
macarthur credits her sailing career as instrumental in her
interest in environmental issues, as she realized the critical
importance
of managing a finite resource. the complex scenarios that she needed to
consider when sailing also inform her approach to ‘the big picture’,
with the understanding that isolated actions often have only a correspondingly localized effect:

‘a sailing boat is always at the interface of two elements– air and water– in an environment where the chain of causes and consequences is an incredibly complex and intricate one. as a solo sailor I had to learn how to process multiple sources of information and consider feedback, look at every piece of the puzzle. it certainly helps me to have a much better grasp of ‘the big picture, and understand that isolated actions or initiatives often only have a limited effect.’ 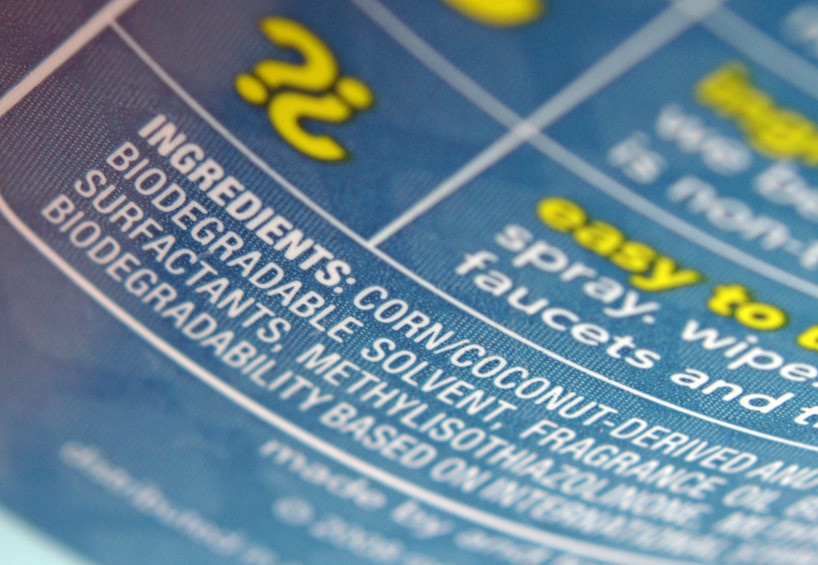 in a circular system, bio-based products like the cleaner shown here are designed from the outset to eliminate toxic chemicals and contribute to a waste-free cycle image © joss blériot / ellen macarthur foundation

DB: what has been the most interesting project your foundation has worked on? EM: we have many projects running which are exciting in their own right – but I’ll pick on one! this march we organised a series of 5 day-long workshops around the country, which saw over 600 students take part in a challenge. the task they were given was not an easy or straightforward one: in a world of finite resources and rising energy costs how would they re-design the way we do things, at a systems level, to address our current waste problems, whilst at the same time create a materials opportunity? during each regional workshop I’ve been amazed by the young people’s creativity, their ability to take a different point of view and challenge the way things are done. a lot of teams did not even bother thinking about reducing waste, they went straight to the root of the problem and asked why we should operate within a model that creates it in the first place. in other words, they were starting to re-design the system rather than trying to fix its unwanted consequences: examining the model as a whole is a key part of the message we’re trying to get across, and seeing how quickly these students got that really impressed me.

DB: what kind of work do you hope to focus on in the future? EM: it’s a long-term effort, and we know there is a lot of educating to be done… both in terms of school children and business stakeholders. so I do not see the foundation’s work being very different from what it is today: I certainly hope to see some progress along the way, notably when it comes to the notion of a circular economy becoming more and more mainstream. but I know we’re in for a long-distance run here, which really pleases me because it’s a fascinating adventure.

readers can learn a little more about ellen macarthur in our jury announcement profile. 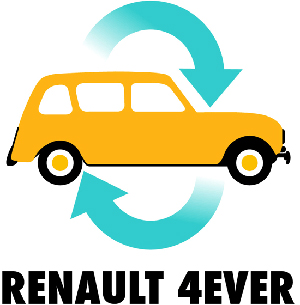 ellen macarthur is one of the jury members of designboom’s RENAULT 4 EVER
competition, which asks participants to re-design the RENAULT 4 in a contemporary
and sustainable way. free registration is accepted through june 16th, 2011.
jenny filippetti I designboom