elliott erwitt is known for capturing some of the most absurd and unpredictable situations through his black and white photographs.the irony depicted in his imagery now translated into the form of physical object–a walking stick which he has designed in collaboration with carlotta de bevilacqua for danese.

something he has created for his own personal use, the assisting device–named after himself–is outfitted with a vintage bicycle horn which is put to good use in heavy crowds, attracting the attention of people to clear the way and let him make his way through.

clear influences are derived from the art of duchamp and the idea of the ready-made object–here, employing two mundane commodities, unexpectedly combining them to create an entity that offers new functional possibilities, whose use can be further heightened with the addition of a bike light. 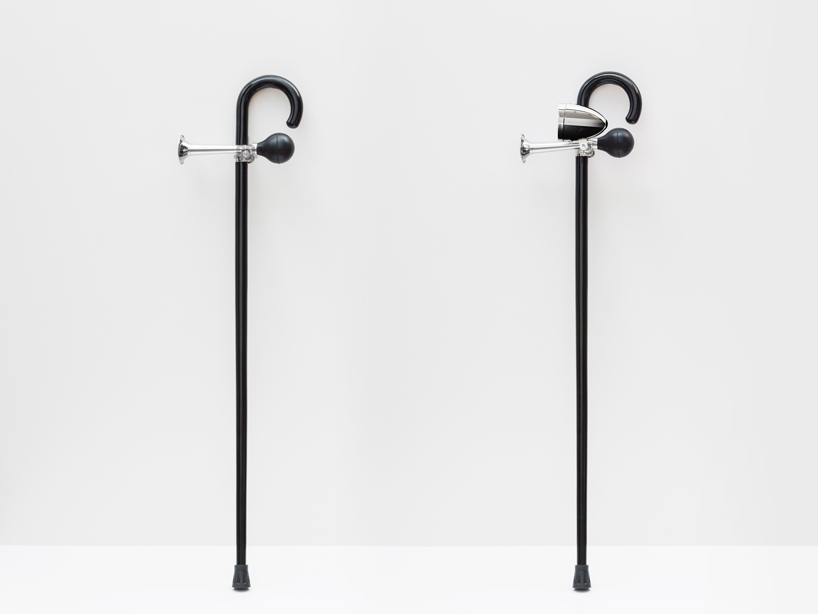 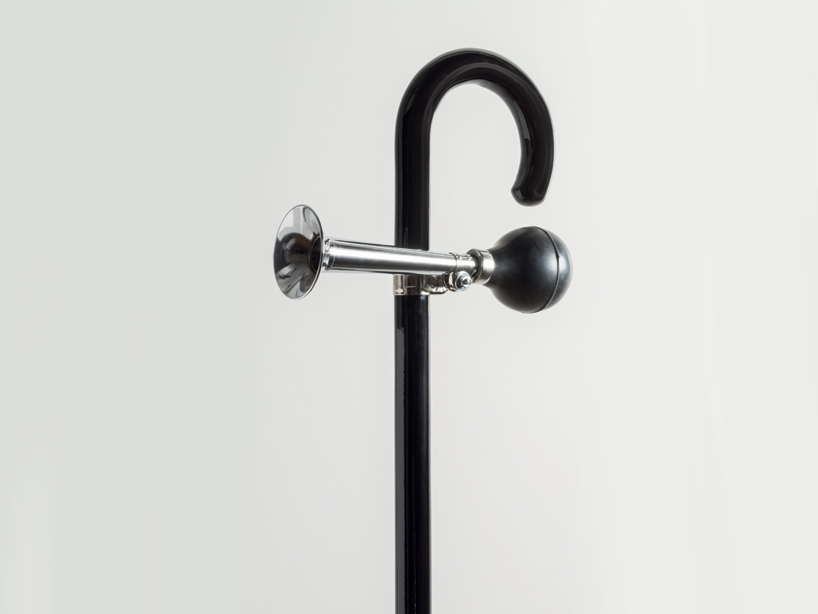 the classic walking stick is outfitted with a bicycle horn… 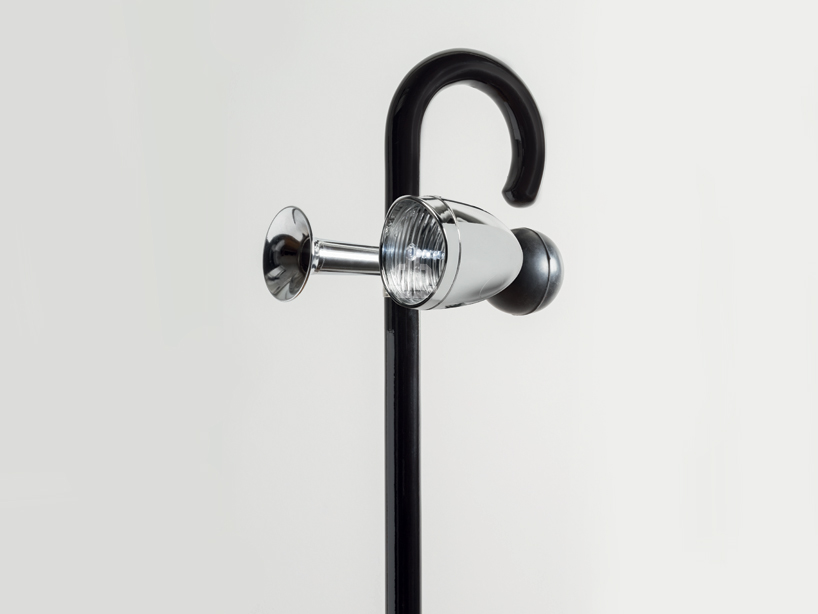 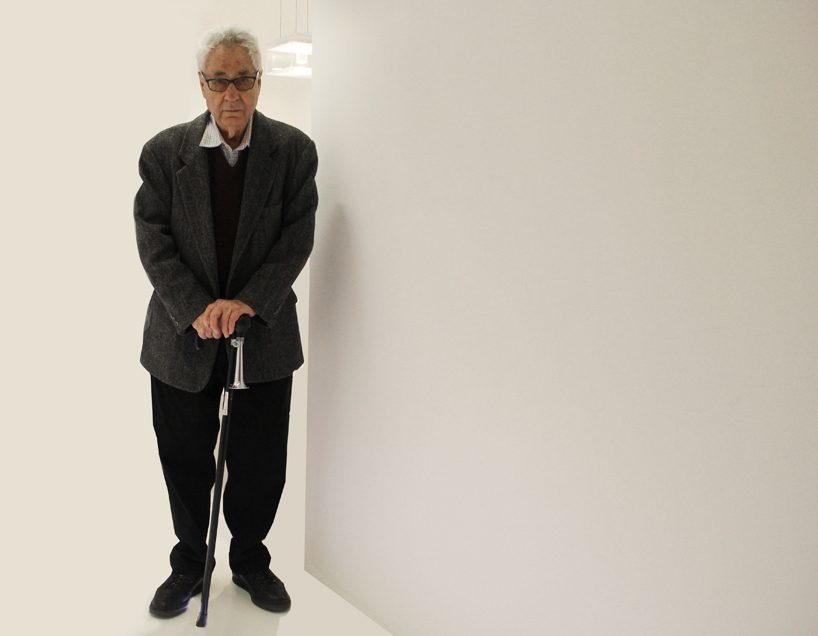