milan-based designer emanuele pizzolorusso has sent us images of his ‘crumpled city’ maps. developed for italian company palomar, the maps are now available on market this week. 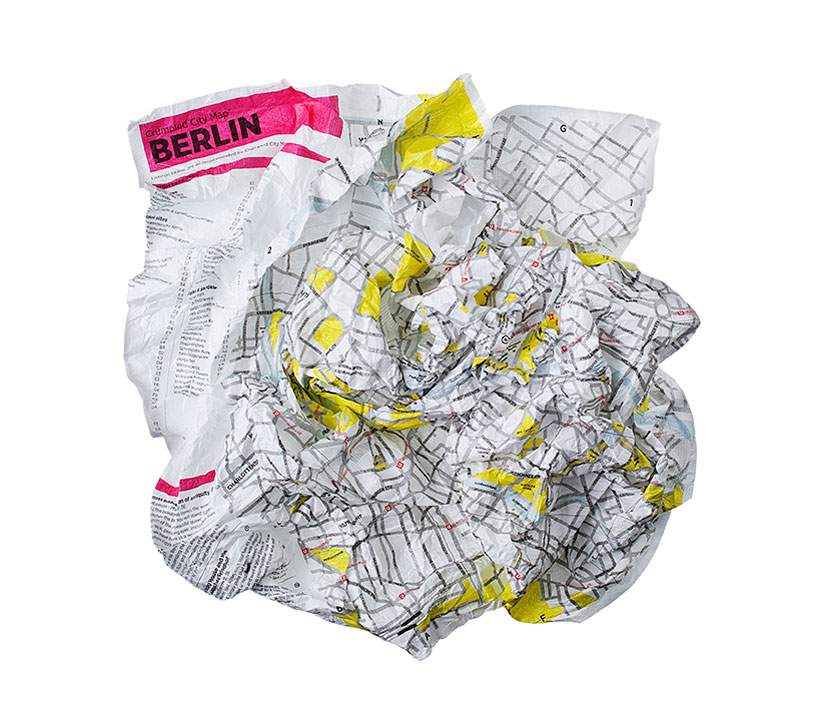 for centuries, maps have acted as important learning tools when it comes to traveling, discovery and adventure. the ‘crumpled city’ map reinterprets this object, which has historically been synonymous with exacting precision and manual skills. typically maps must be opened in order for us to find what we are interested in. then, when we are done using them, they are folded away, preferably along the original folds of the paper. but sometimes this task becomes tedious and we end up folding up maps in the most convenient way, stuffing them back into our bags until needed again. looking at our behavior with maps – especially when we are lost and have to pull a map out of our pockets or bag, and then the repeated folding and use turns the map into a mass of wet, swollen paper – pizzolorusso explores this impossible exercise in the art of ‘origami’ to consult a map and finally get one’s bearings. 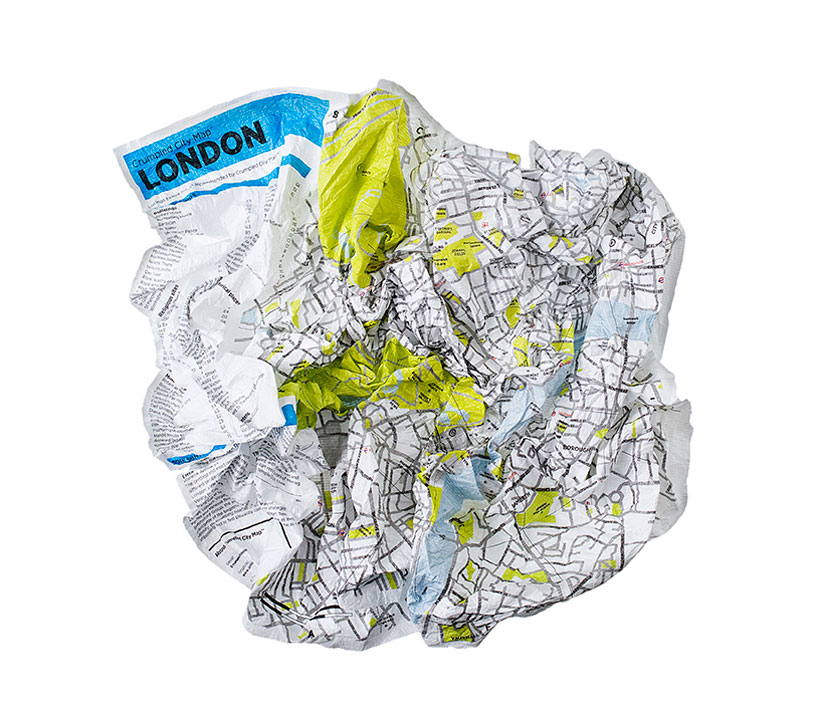 the ‘crumpled city’ maps have been designed as soft, light, but strong, waterproof objects, which can be quickly ‘crumpled’, rolled into a ball, and thrown into one’s bag, without having to be folded – literally, a ‘crumpled city’. the design plays with people’s behaviors and gestures, allowing them to do something that is usually ‘forbidden’, which is to scrunch up a crisp document. it is a liberating, fun act, particularly since the map is not something you are going to throw away, but which is made to be kept and reused.  the collection of maps includes: berlin, london, new york, paris and rome. each one comes with its own carrying pouch. 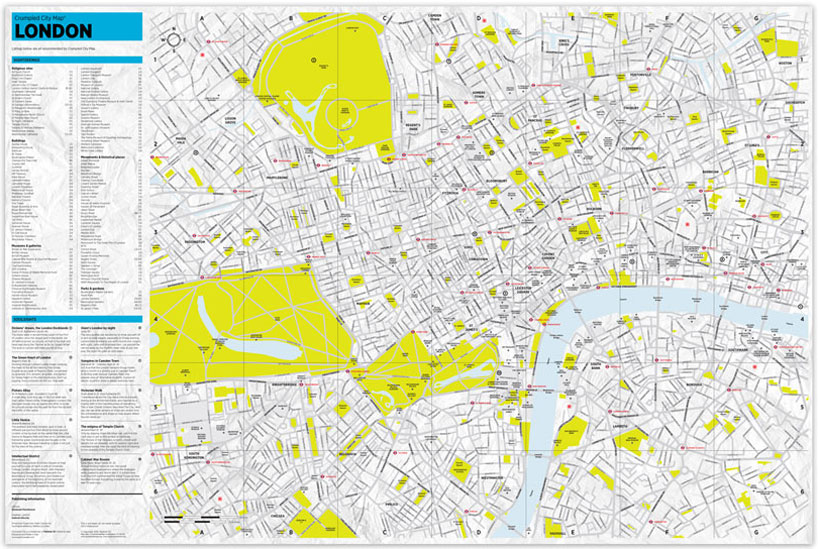 emanuele pizzolorusso, in collaboration with riccardo nannini, also participated in the designboom / macef ‘beyond silver’ competition with ‘silver hour’. 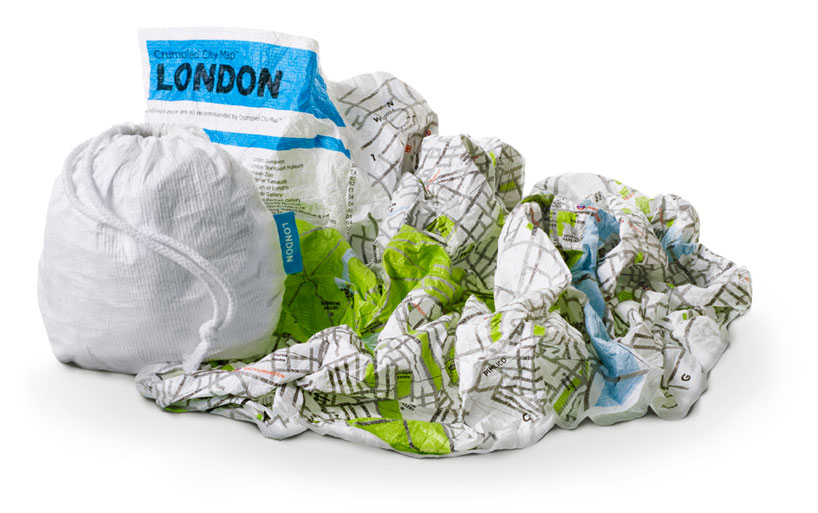 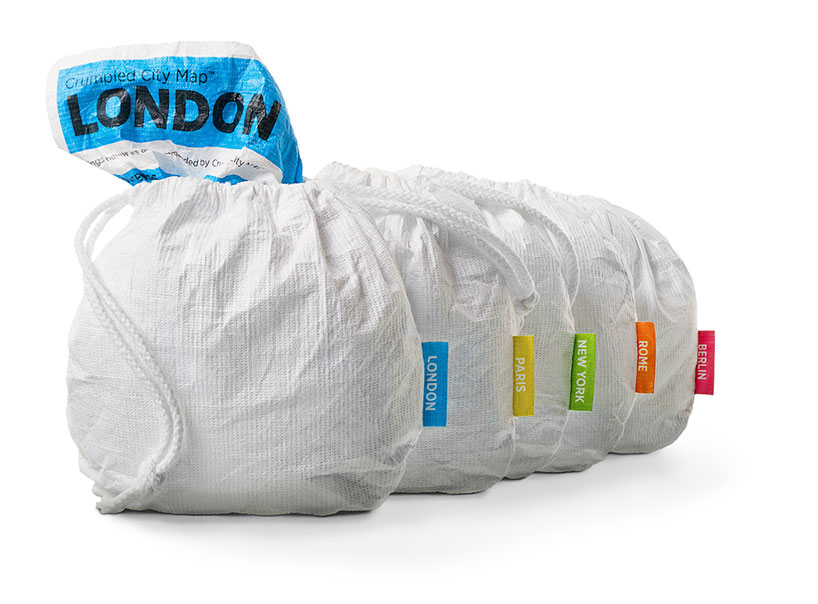 each map comes with its own carrying pouch 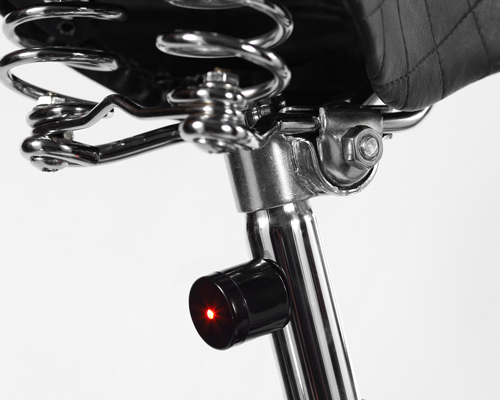