the embassy of aliens helps humans develop a reimagining of extraterrestrials

without any scientifically confirmed discoveries to go on, what aliens look like, and the often violent and exploitative behavior and intentions that pop culture ascribes to them, are entirely products of our own imagination. it seems like aliens come from inside ourselves. with this in mind, designer and researcher hung lu chan introduces ‘the embassy of aliens’, a diplomacy initiative to develop and promote intragalactic tools through which to develop a reimagining of aliens.

the first tool to be launched is a musical instrument that facilitates communication between humans and their inner alien. the project hopes to challenge the way we think about the stereotypes, stigmas, and borders we project onto others, societies and worlds. 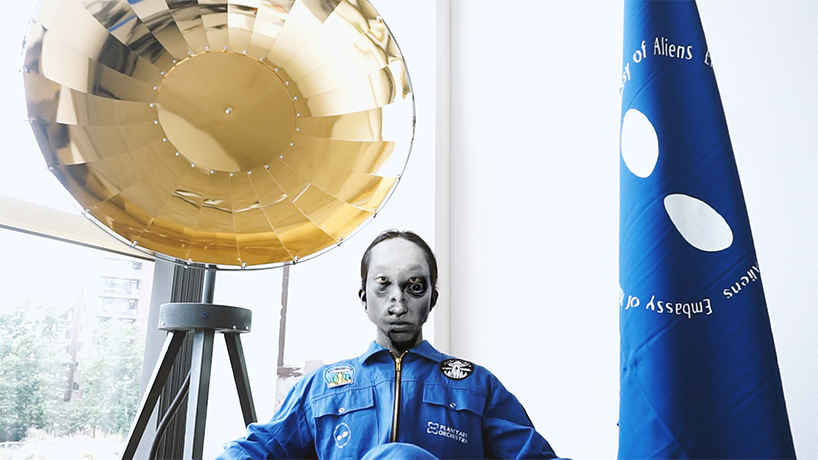 the ambassador of the embassy of aliens gives a speech

for centuries, humans have been imagining what aliens might be like, and scientists have even started actively searching for extraterrestrial intelligence (SETI) since the 1960s. with the radio telescope, scientists seek to detect strange signals in deep space as a proxy for extraterrestrial intelligence. based on the limit of the light speed, american physicist philip morrison stated that SETI is the archaeology of the future – which is the study of what we have a chance to become. however, how scientists formulate the criteria for interpreting strange signals is largely based on human technology.

this paradox implies two insights about aliens: first, since the search for extraterrestrial intelligence is based on human technology, we are also one of the alien futures for which we ourselves are excavating. secondly, since the technology we use is based on human speculation about alien life, our imagination of aliens is also the chance for us to become. however, without any scientifically confirmed discoveries to go on, what aliens look like, and the often violent and exploitative behavior and intentions that pop culture ascribes to them, are mostly based on projecting our own unrealized hopes and fears. in other words, the alien begins inside ourselves, not outside of ourselves. 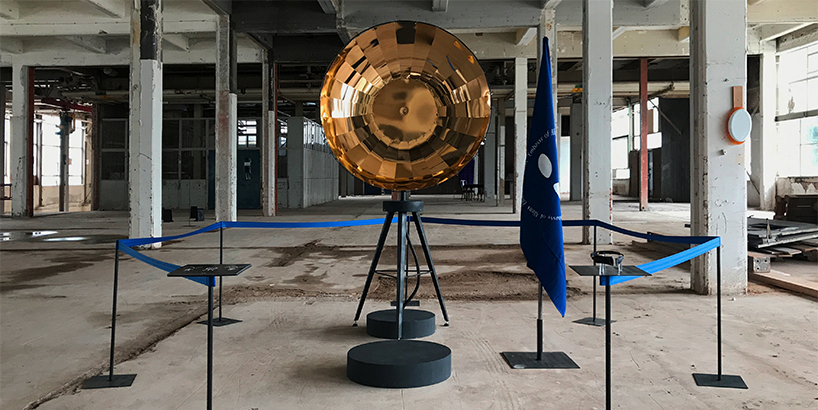 the whole view of the sounds of aliens, one of the diplomatic tools launched by the embassy of aliens

establishing a musical communication with our inner alien

the embassy of aliens seeks to set aside the violent and exploitative themes and narrative devices and create diplomatic tools that develop a reimagining of aliens. the aim of the embassy is to challenge the stereotypes that humans projected on aliens for centuries and explore an alternative way to reimagine aliens from the intraterrestrial inside the human mind.

‘sounds of aliens’, which is one of the first outcomes of this initiative, is an interactive musical instrument to facilitate communication between humans and their inner aliens. the inner aliens can represent the projection of one’s life experience and wild imaginations or stereotypes about aliens. every inner alien will be unique and one of the possibilities of diverse futures. with the brainwave detecting headset, the instrument translates the human imagination of aliens into real-time musical signals, allowing humans to engage without visual stigma. this musical communication is similar to an imagination meditation. the ambassador of the embassy of aliens will give an audio guide to the experiencers and guide them to imagine their inner alien universe, alien planet, to becoming an alien. without figuratively showing aliens, their ‘otherness’ perspective is given agency and the hidden connotations behind them are revealed. through this intra-planetary collaboration, this project hopes to challenge the way we think about the stereotypes, stigmas, and borders we project onto others, societies and worlds. 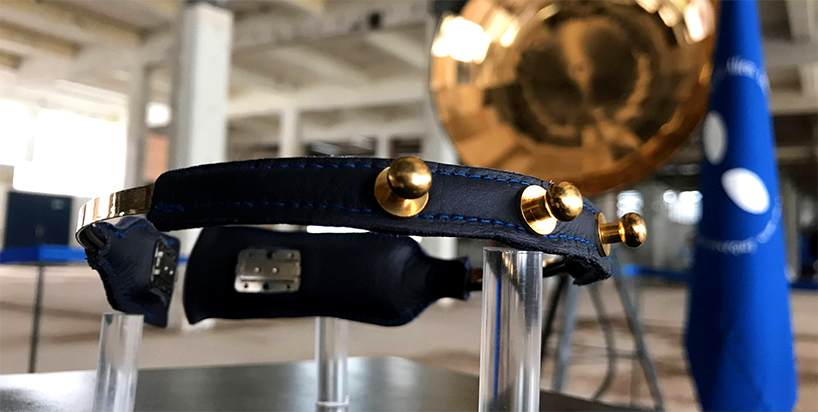 the close view of the headset for detecting the human brainwave 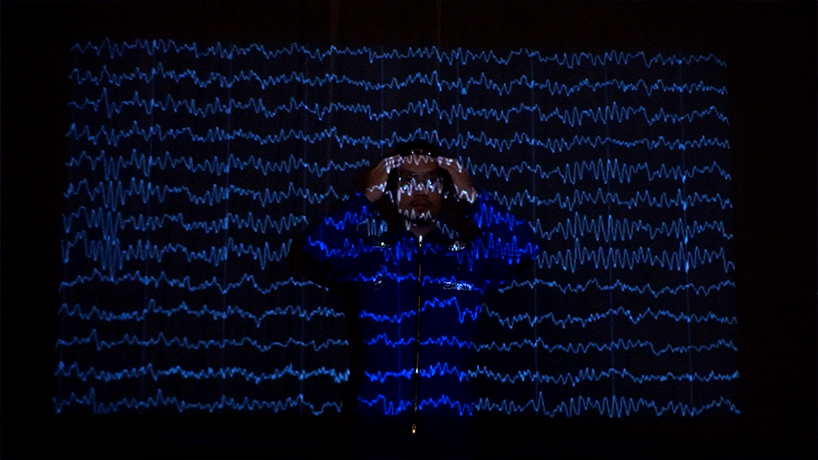 image of the brainwave signals detected by the headset 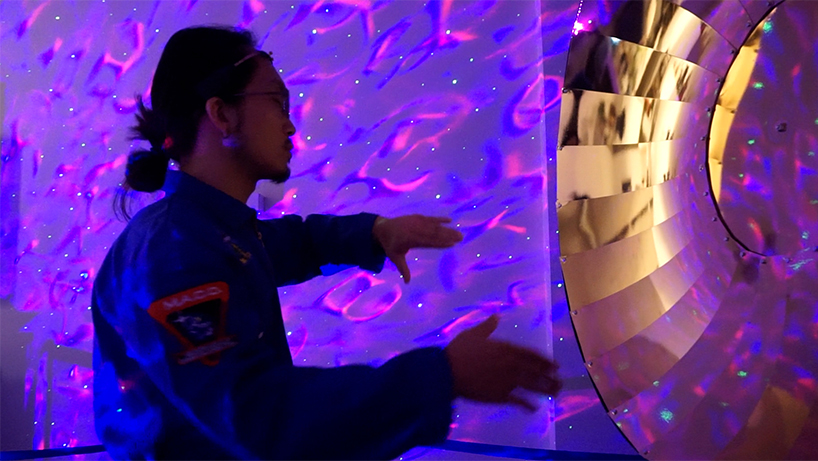 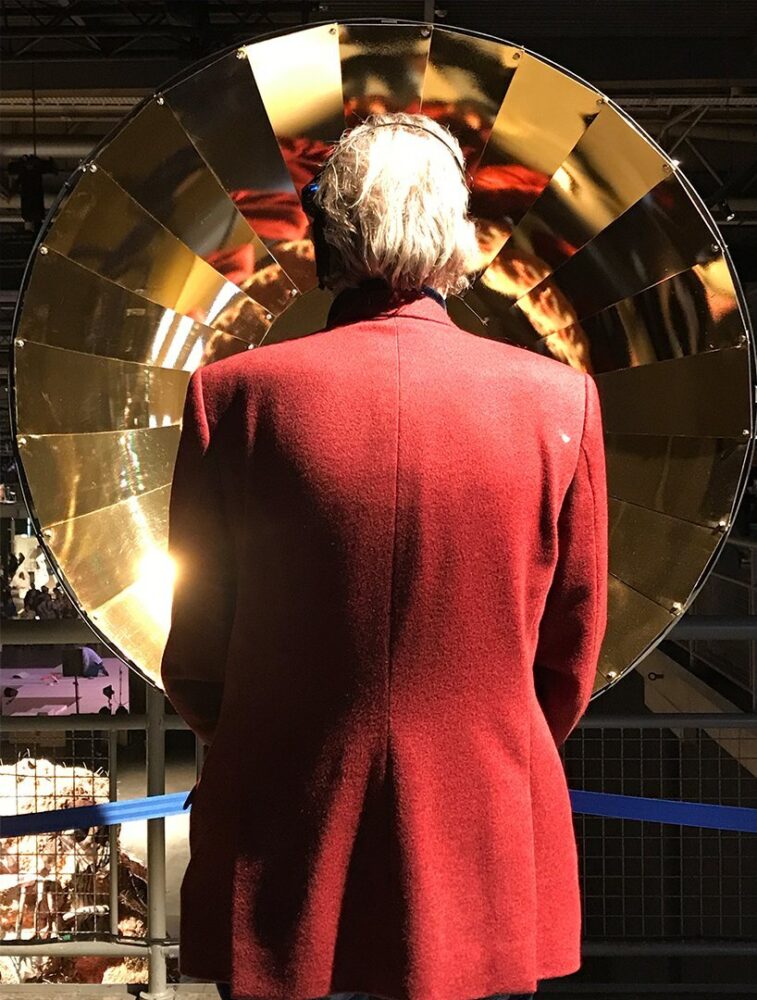 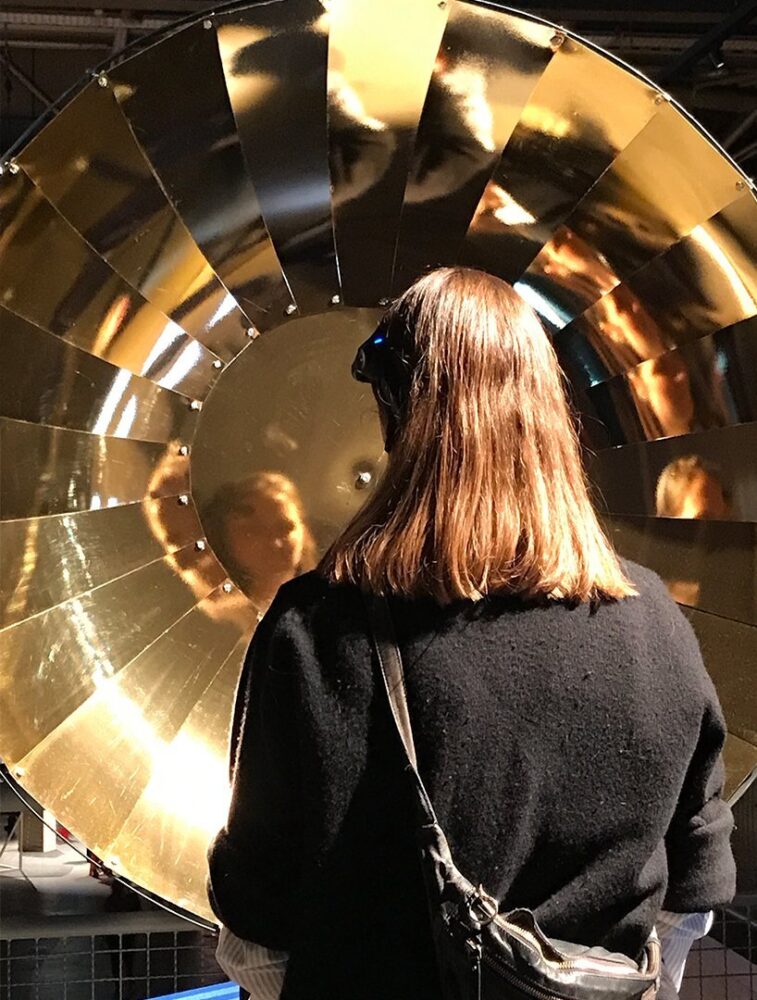 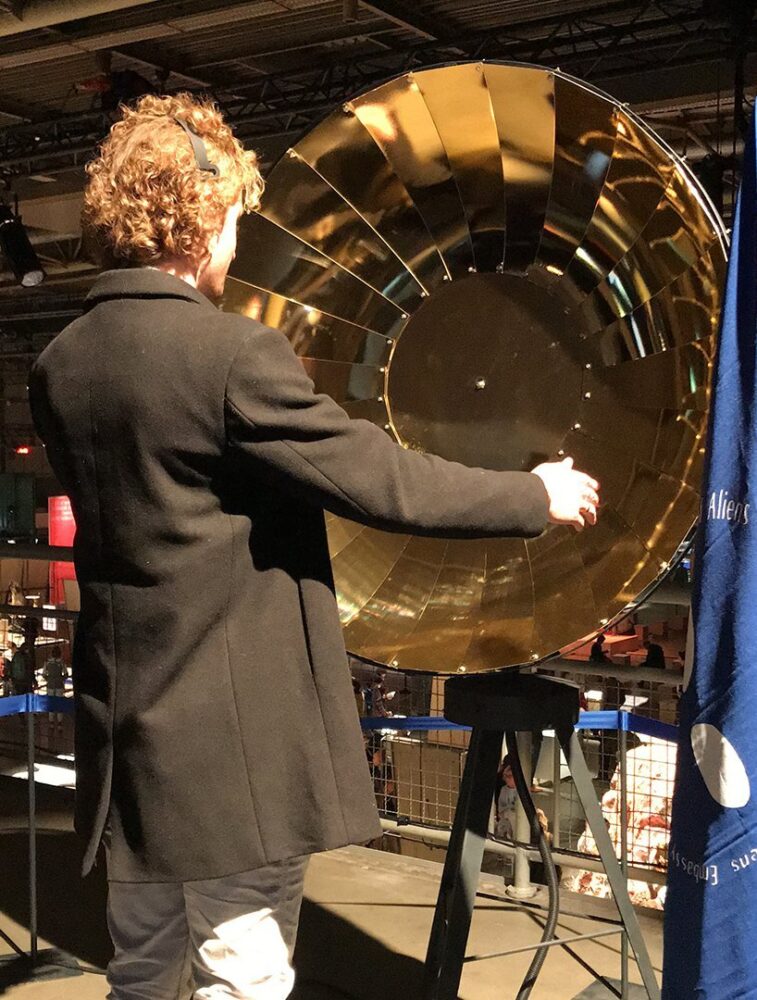 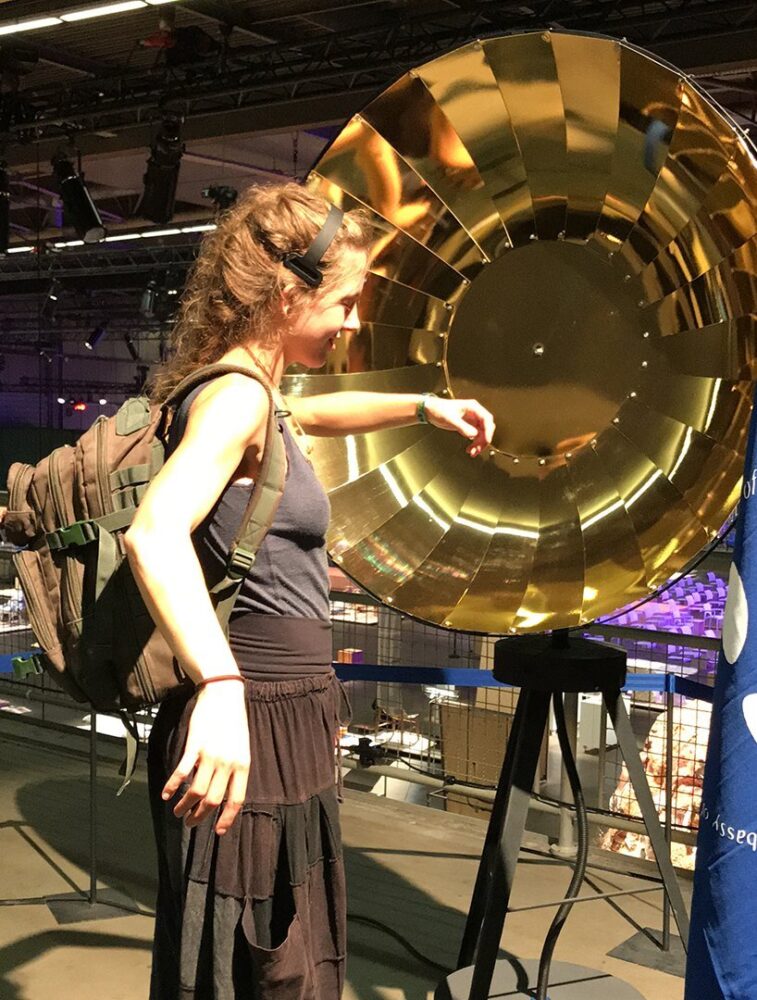 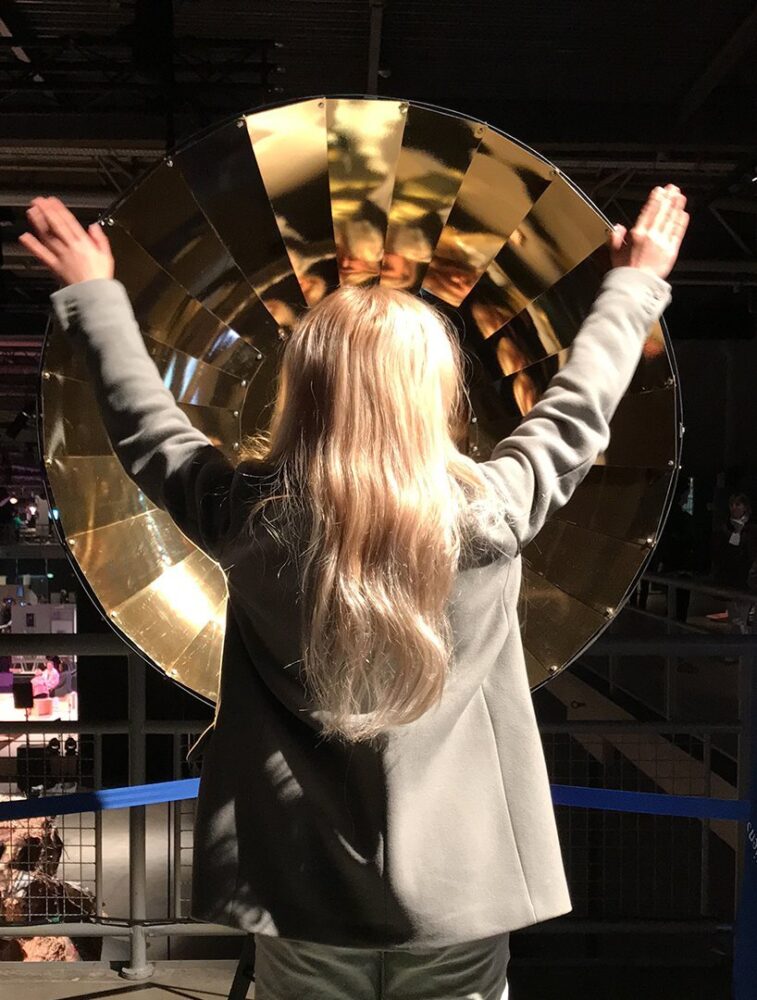 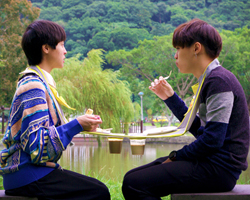 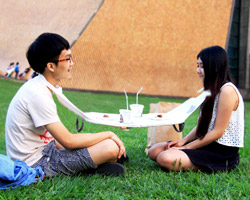 May 23, 2014
napkin portable dining table for two encourages friends to eat together