emily barletta is an artist based in brooklyn, new york. barletta studied fibre arts at the maryland institute college of art, graduating in 2003. her work is primarily fibre based but also incorporates a variety of other materials. many of barletta’s works take inspiration from nature, using organic forms and structures which resemble sea creatures of strange plants. however, her works also have a surreal quality that comes from the strange combination of materials and imaginary forms. this collection of new works displays her mixture of yarn, clay and stuffing in its many forms. 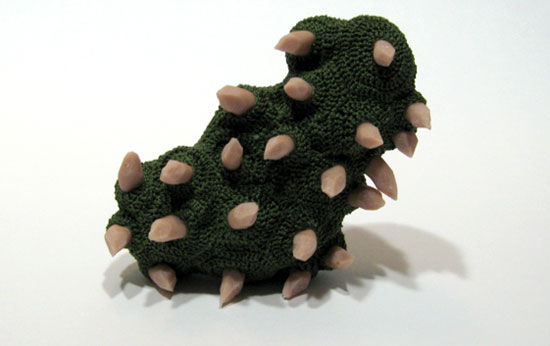 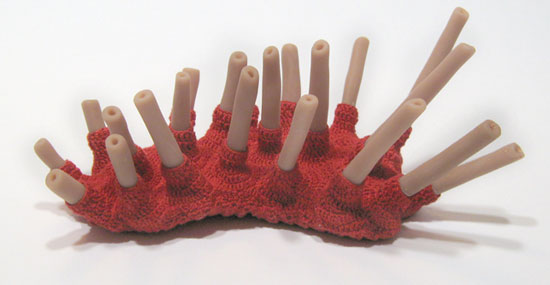 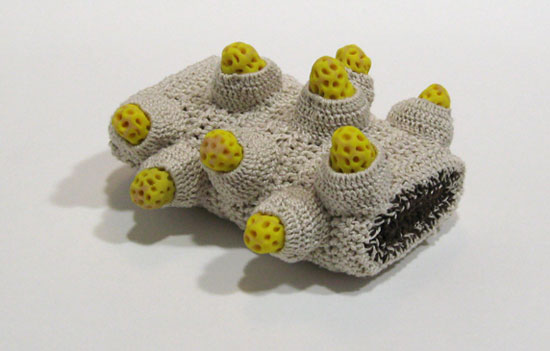 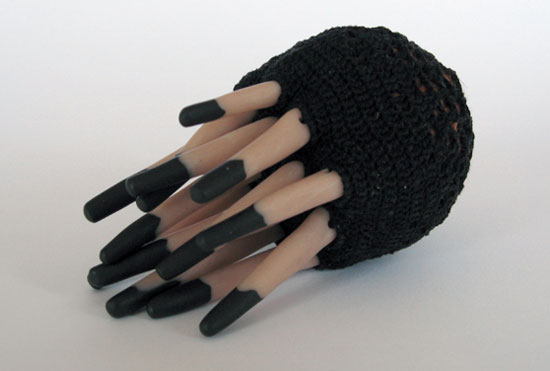 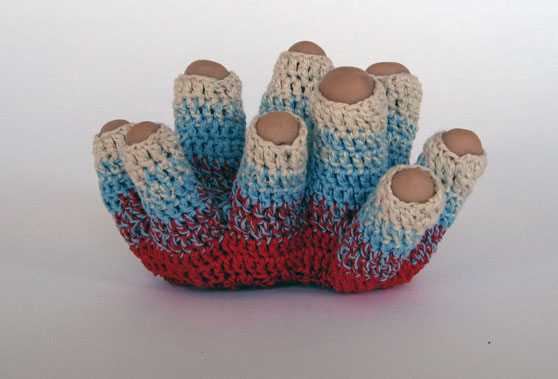 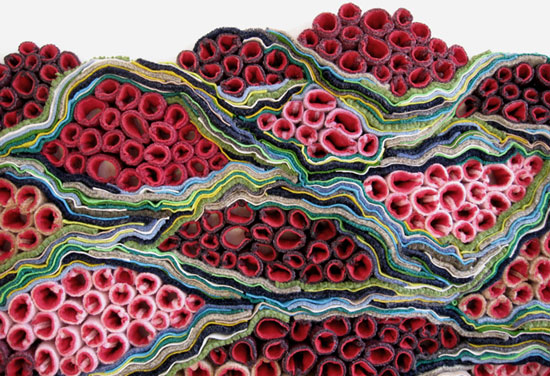