while the tower of babel has over time manifested itself in many architectural variations, this simple cardboard structure made by encore heureux for cité de l’architecture et du patrimoine is aimed at children. it is a part of the micro architecture ‘minimousse 4’ competition whereby 13 architects were invited to create a cardboard hut for a child’s room ‘babel kit’ is currently being shown at carton plein exibition and has also been featured at maison & object 2010.

the structure consists of one door with an array of seventy-seven windows, arranged in a staircase fashion and which can optionally be opened and closed. in order to assemble the building together, one is instructed to first fold large strips of cardboard to create the four bases which will eventually be stacked on to each other. once the precut openings have been pierced, the pieces can be put together starting with the largest to the smallest notches. 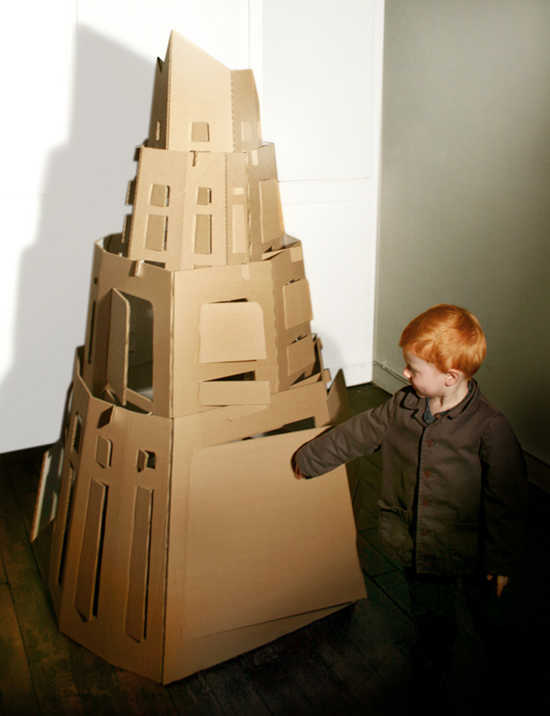 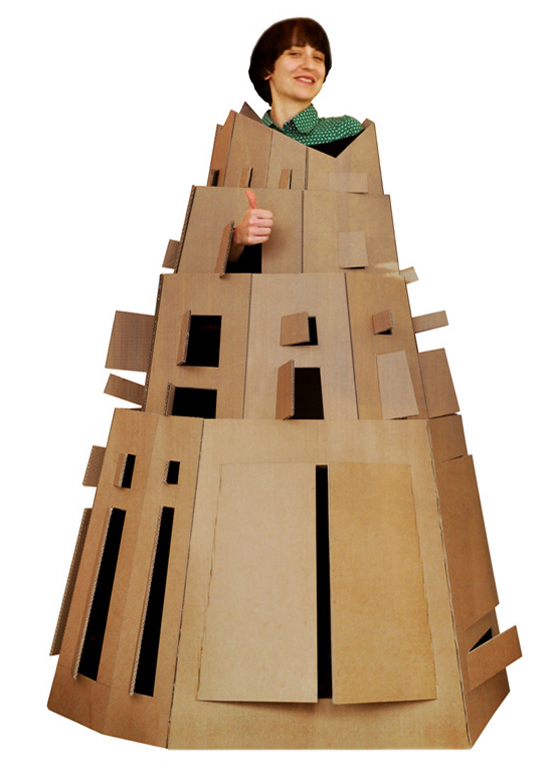 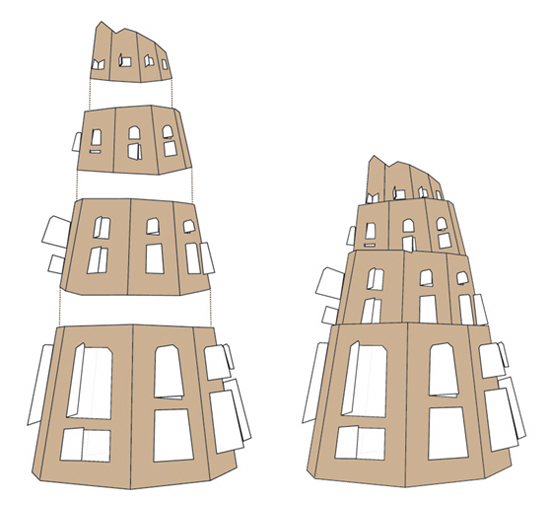 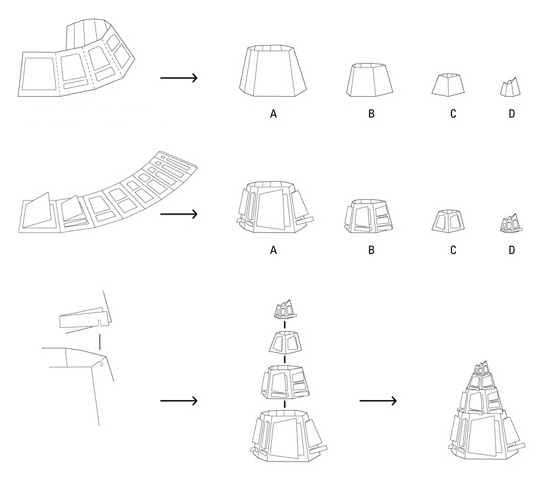 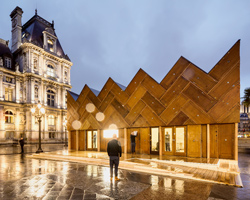 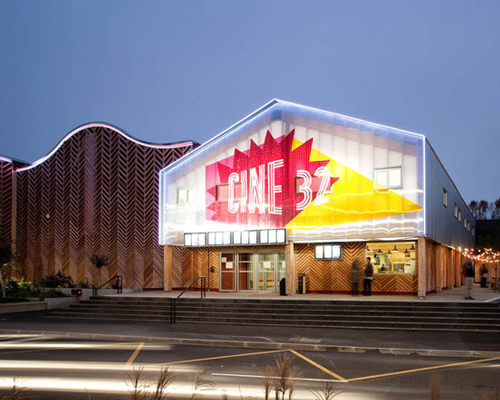 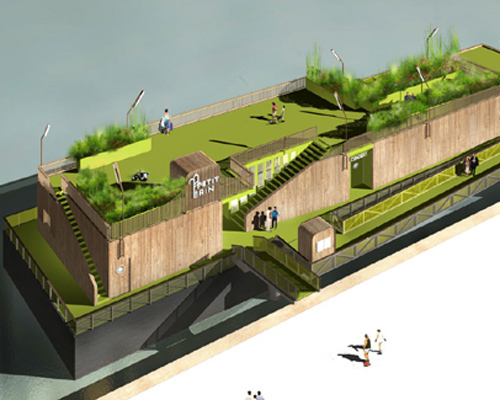 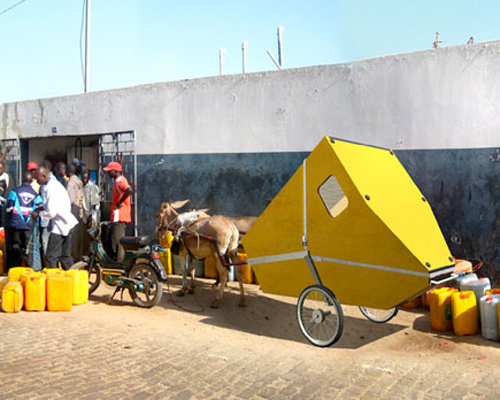 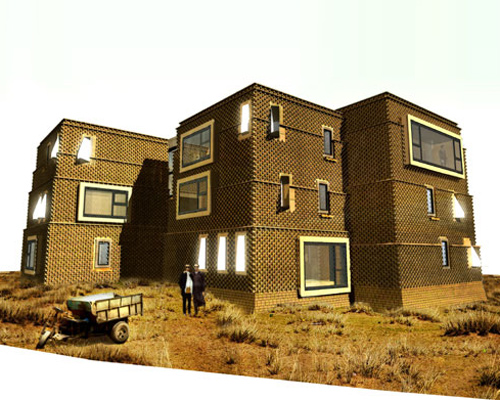