the ‘ramses life‘ concept by designer philippe starck is a series of eating venues and events located within the spanish capital of madrid. each of these restaurants is devoted to providing a distinct and immersive gastronomic experience for its guests.

erretres, a local consulting firm focused on branding and design, has recently completed the graphic identity of ‘natsuki’. this newly opened venues features a bold culinary fusion that blends japan with flavors from across the world. the brief called for the design team to create, develop, and implement a concept that united the qualities associated with both traditional and contemporary japanese culture. after a trip to toyko, the team at erretres identified three factors that would be the most significant parts of the the design: value, art, and experience. these key themes span motifs and visual elements such as modern geishas, cutting-edge technology, kawaii, and neon lights. 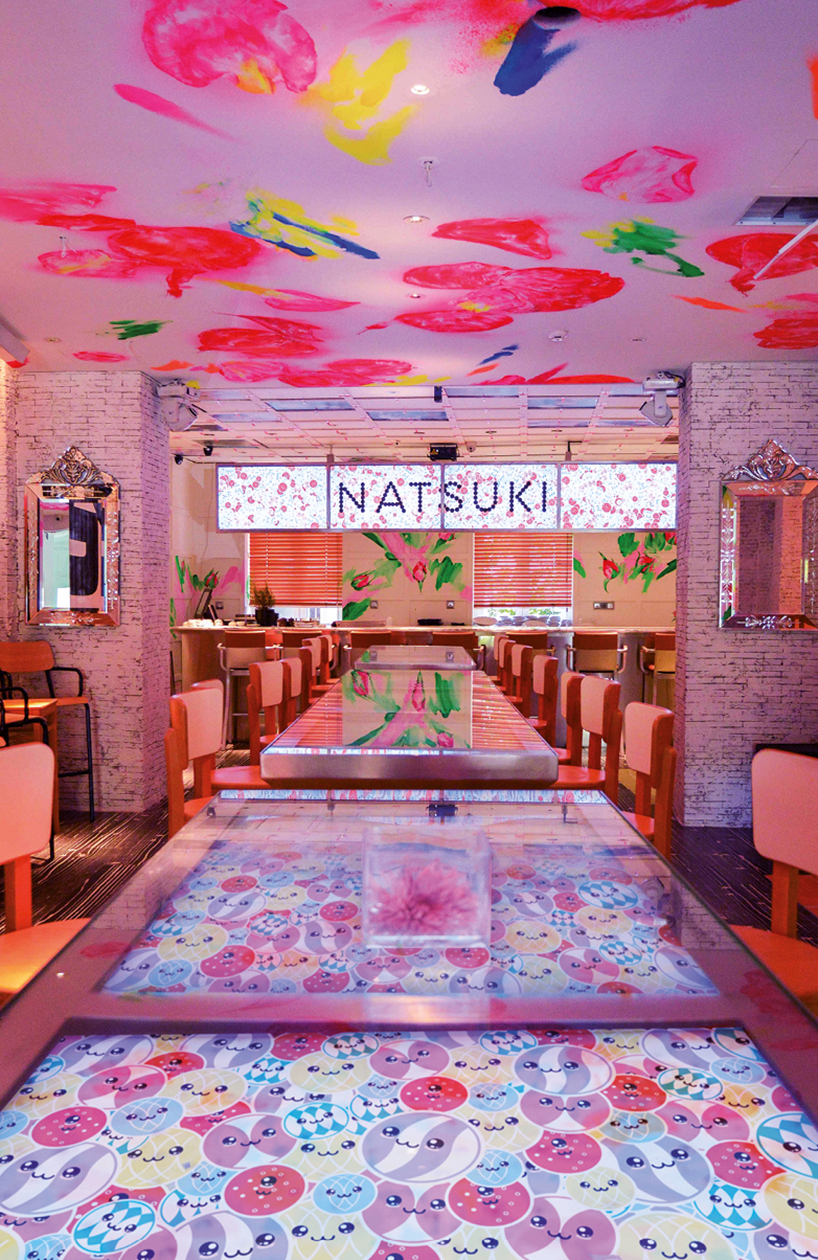 the interiors of ‘natsuki’ reflect the identity designed by erretres

as part of the branding project, a grid influenced by the neon lights of tokyo and the phases of the moon resulted in a symbolic design proposal. this also helped inform the typeface and the related animations and cartoon personalities, which are shown on numerous interactive screens throughout the restaurant. a series of applications share the same concept, such as coasters, business cards, chopsticks, tableware — as well as the publicity and communication campaign in general.

for the store’s interiors, the team collaborated with japanese artist houxo que who brought the venue to life with fluorescent paint. the room was transformed into a panoramic viewing experience intended to make diners feel as if they were in a japanese metropolis. 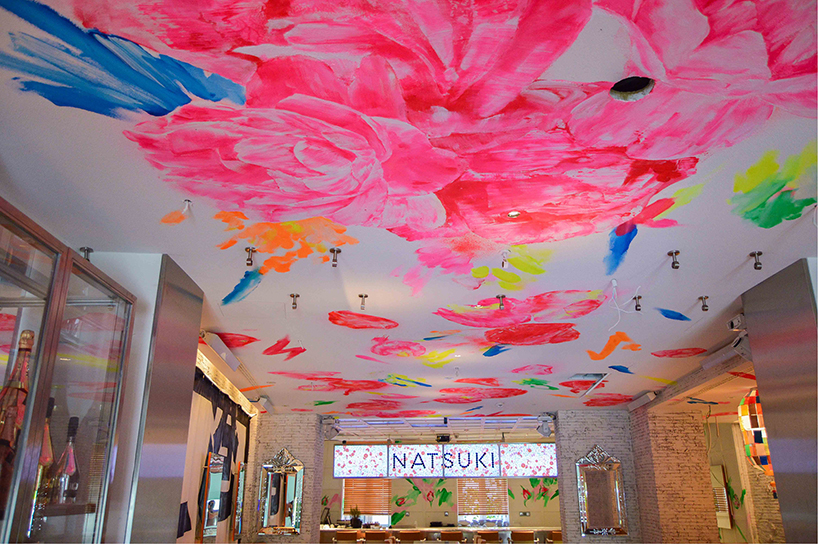 the room was transformed into a panoramic viewing experience 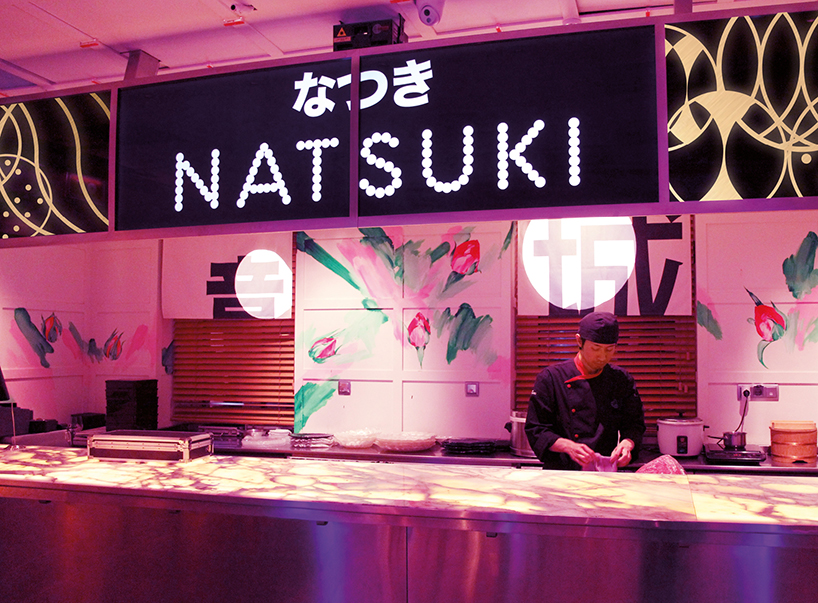 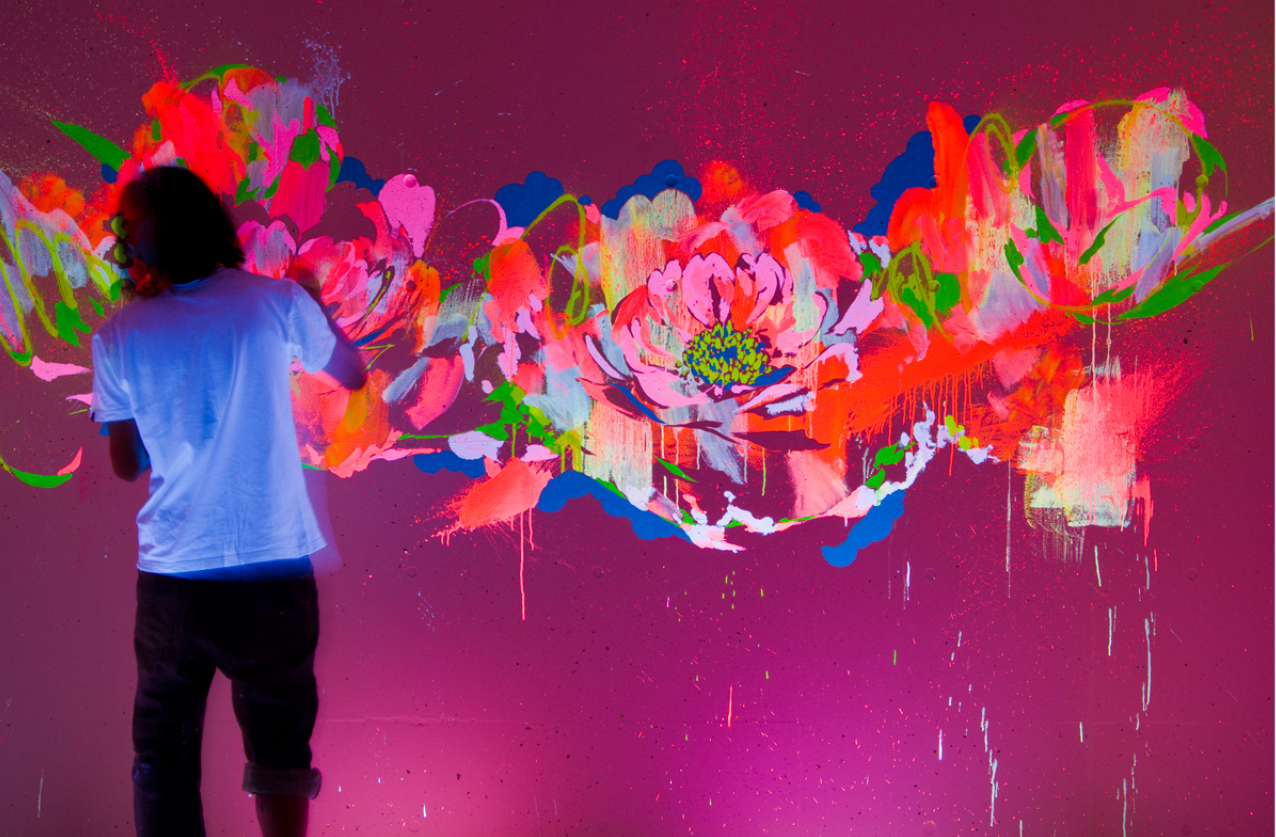 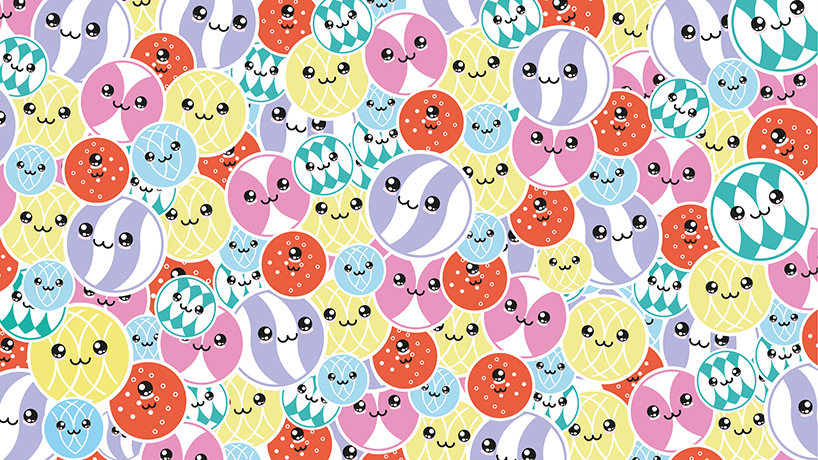 coasters are treated with faces of characters and graphic elements 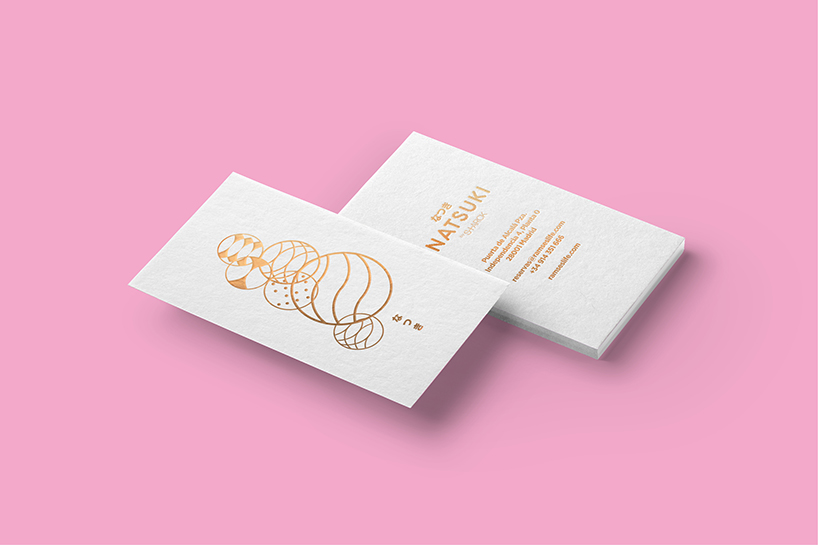 bottles receive the branding colors and characters designed by erretres 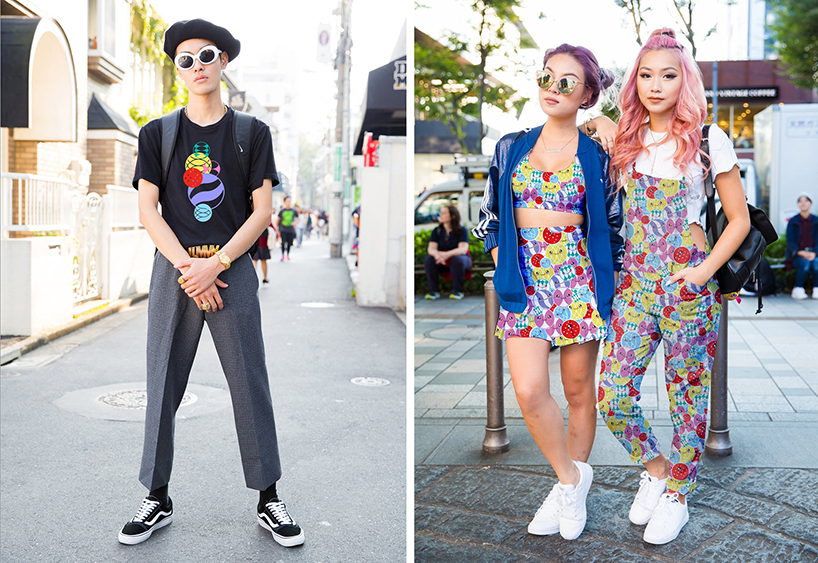 the animated moon character applied to a tote bag the publicity and communication campaign 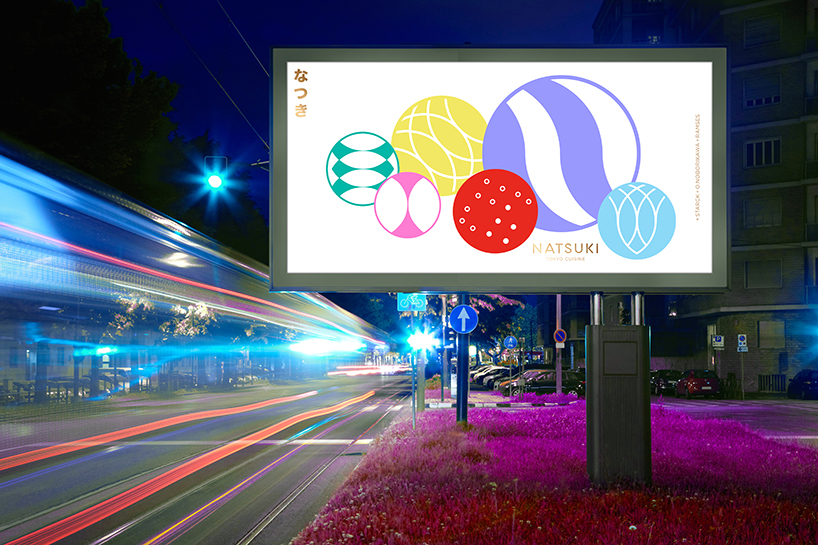 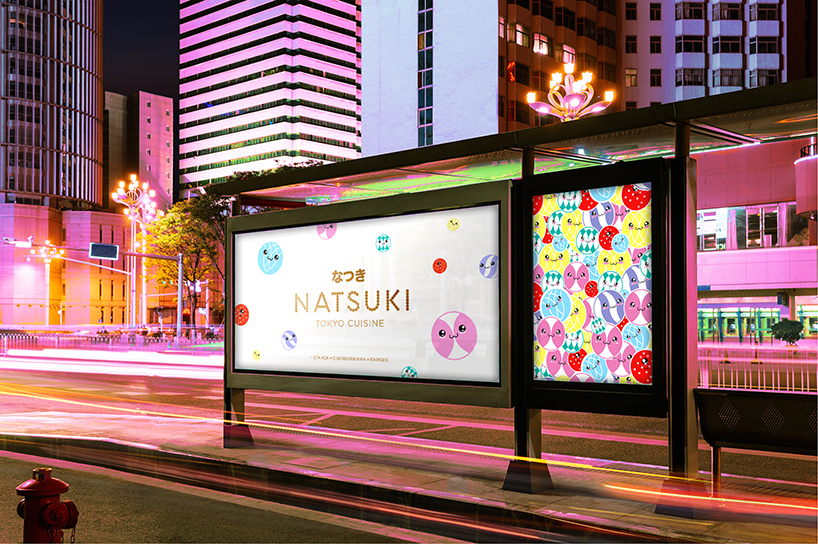 the ‘cute’ kawaii culture has influenced the design of the emblem 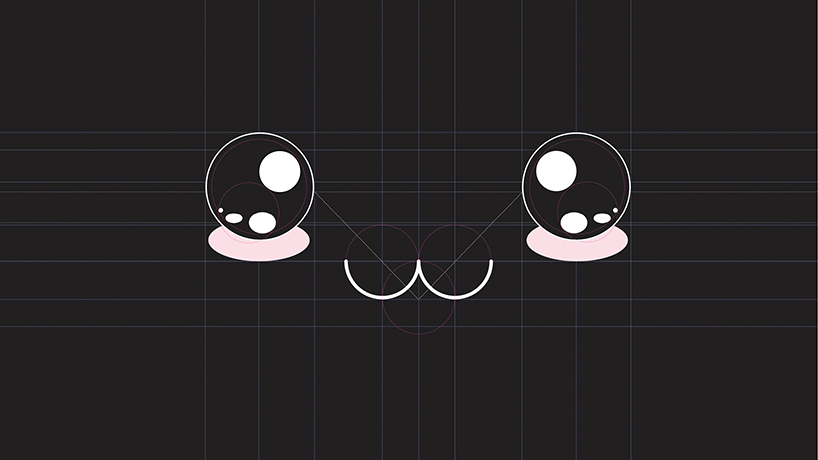 the character design as applied to a grid