fernando and humberto campana delight in the aesthetics of roman classicism, translating the techniques and details used during this period into a contemporary collection of furniture for london’s david gill gallery. ‘brazilian baroque’ — a continued exploration of the brother’s series which first began in 2010 — sees the são paulo duo employing luxurious materials such as marble and gilded bronze. the family of sculptural, but functional pieces express a certain imperfection, a kind of seduction, that relates back to the element of recycling that is signature of estudio campana’s work; thus, referring not only to the mediums used, but also the processes which they have revived and reconfigured, while working alongside roman artisans. the realization of  ‘brazilian barqoue’ sees the campana’s articulating the traditional skills learned into their own style and artistic language. 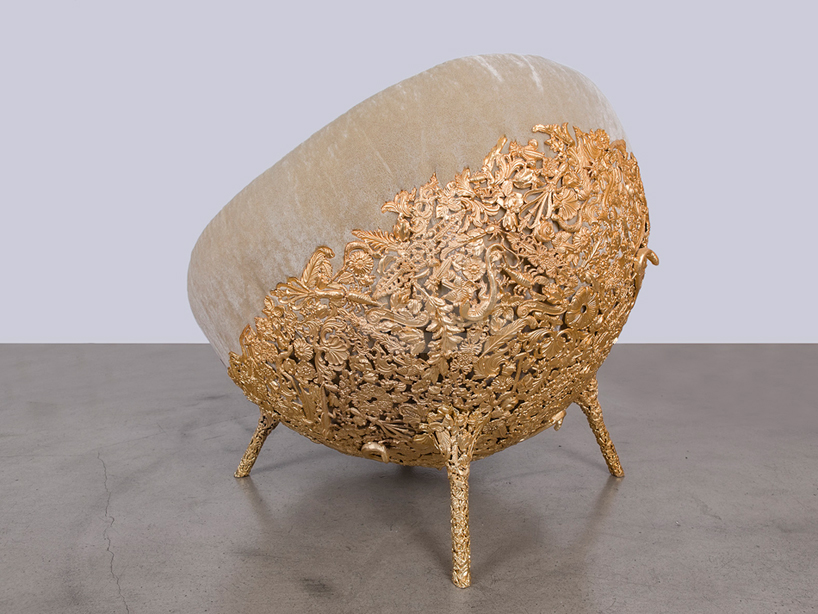 ‘we have managed to put the classical and the modern into a situation of communication,’ says fernando campana.

‘the modernity of our work also lies in demonstrating that with the scraps of the past you can construct not only the present but also the future. I believe the freshness of our work lies here, in constructing a new vision,’ adds humberto campana.

‘brazilian barque’ is on display at david gill gallery, shown in collaboration with galleria o. 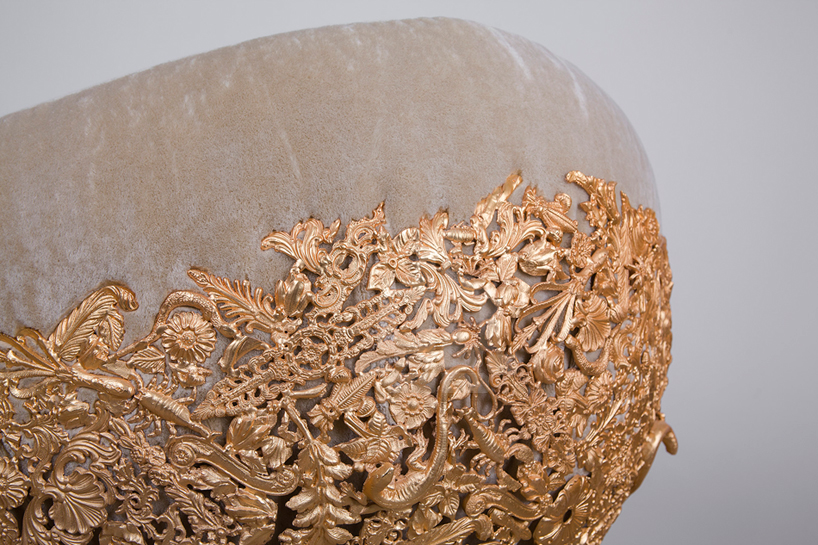 detail of the bronze gilded frame of the ‘lina’ armchair 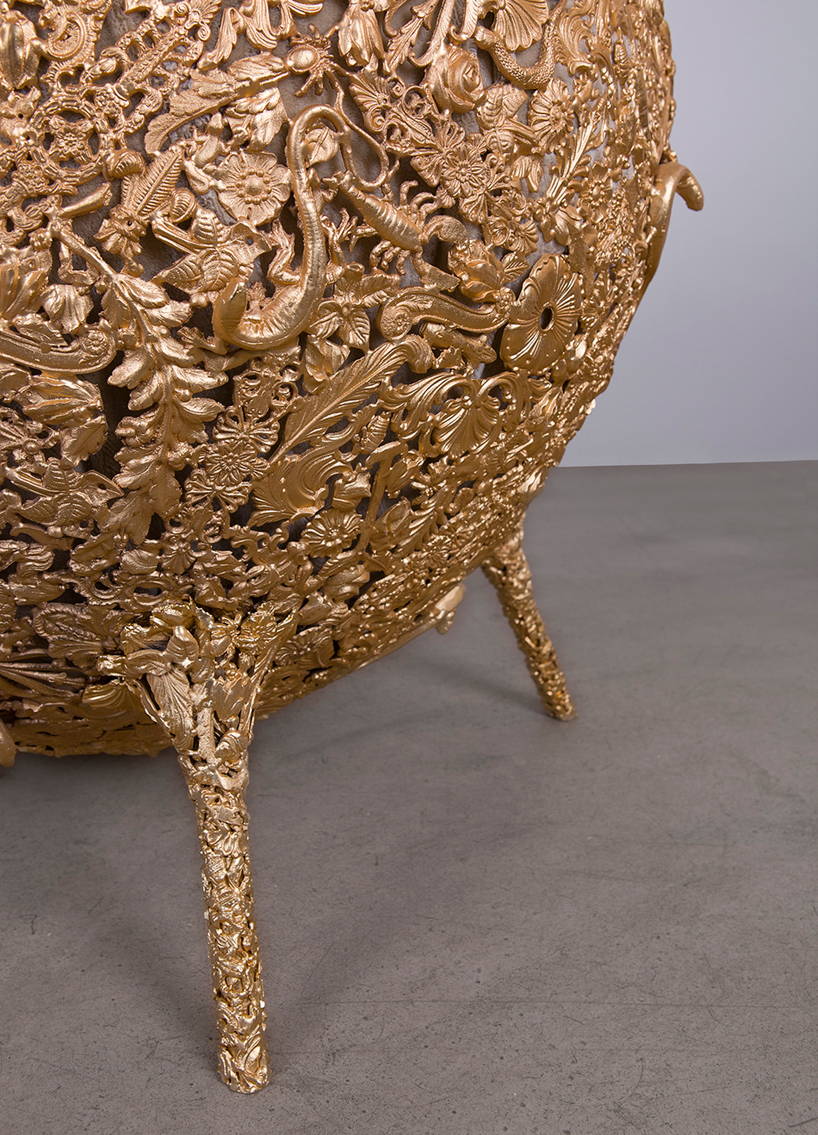 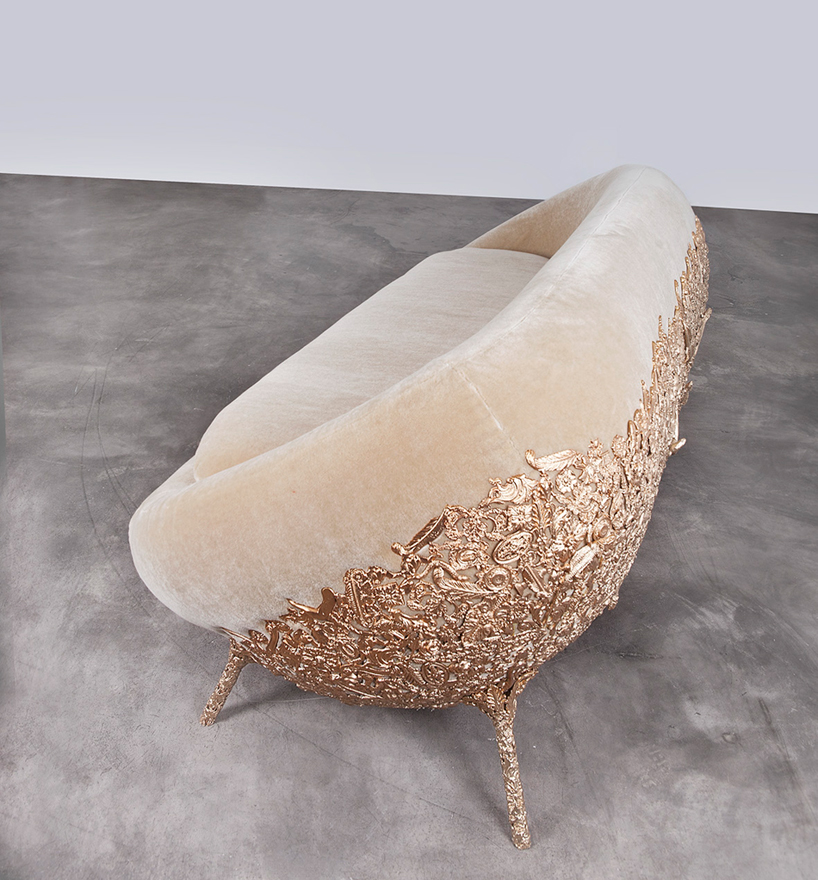 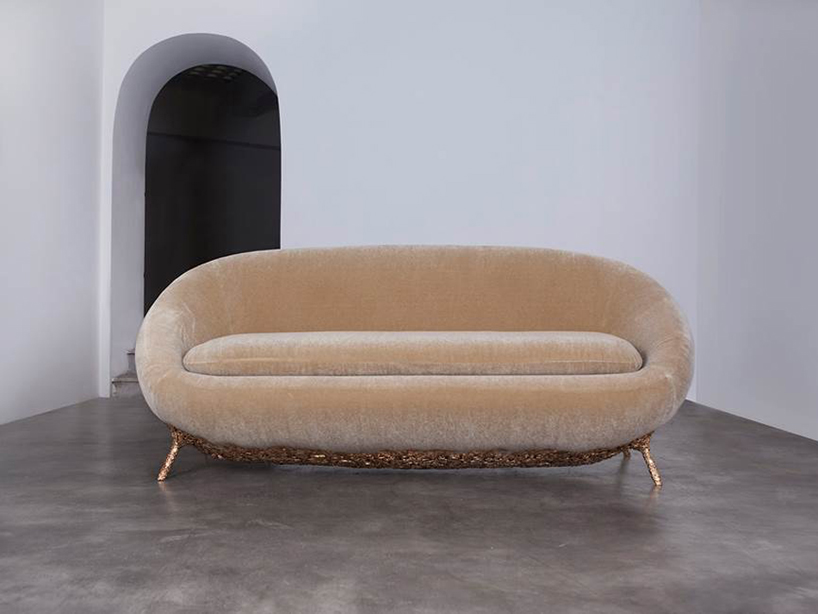 front view of the ‘lina’ sofa 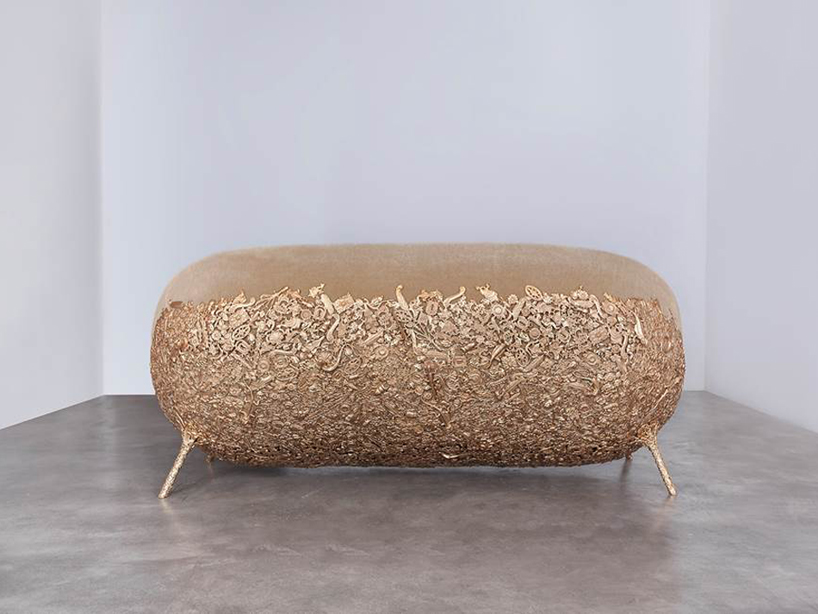 back view of the ‘lina’ sofa 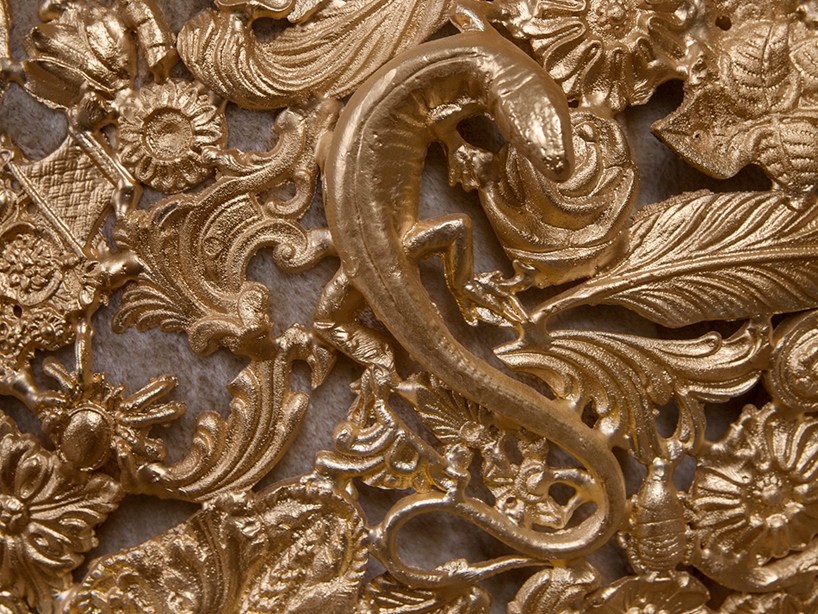 florals, insects and lizards adorn the sofa’s back bronze shell 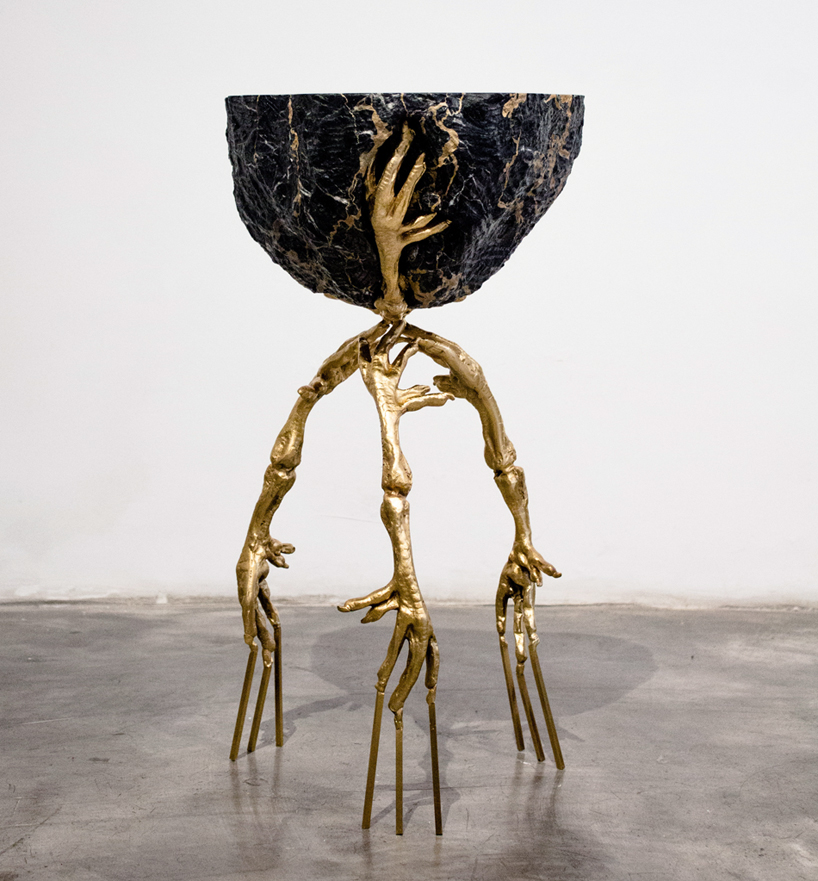 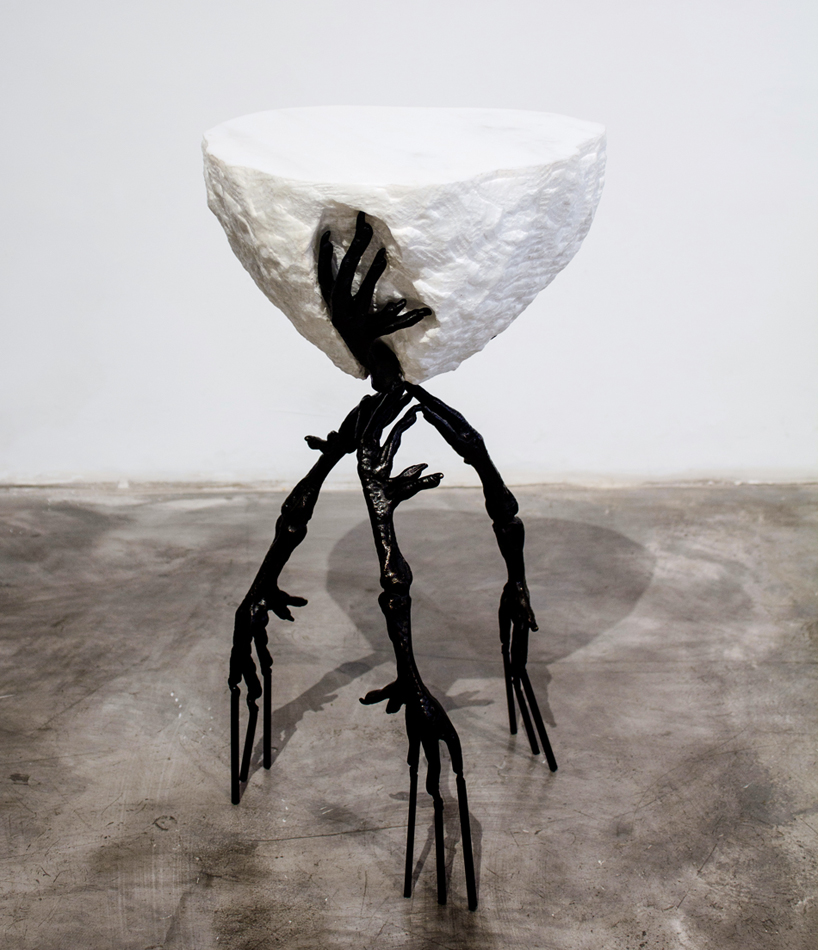 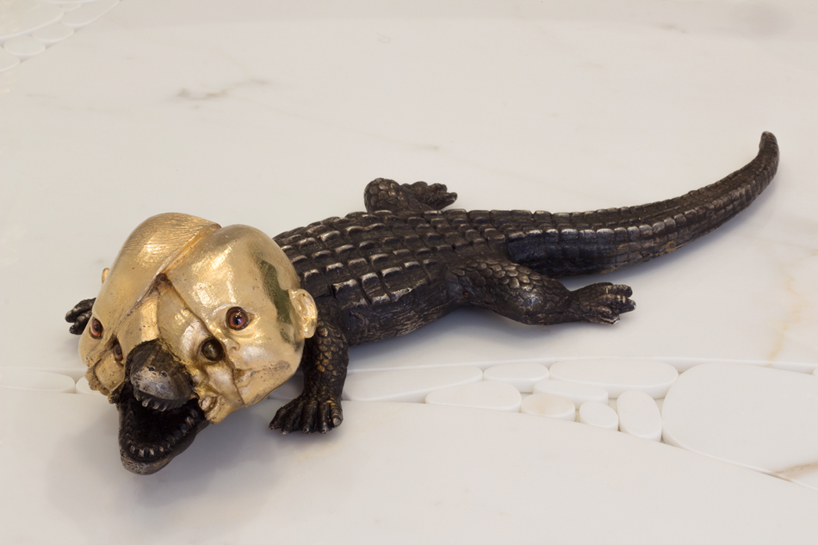 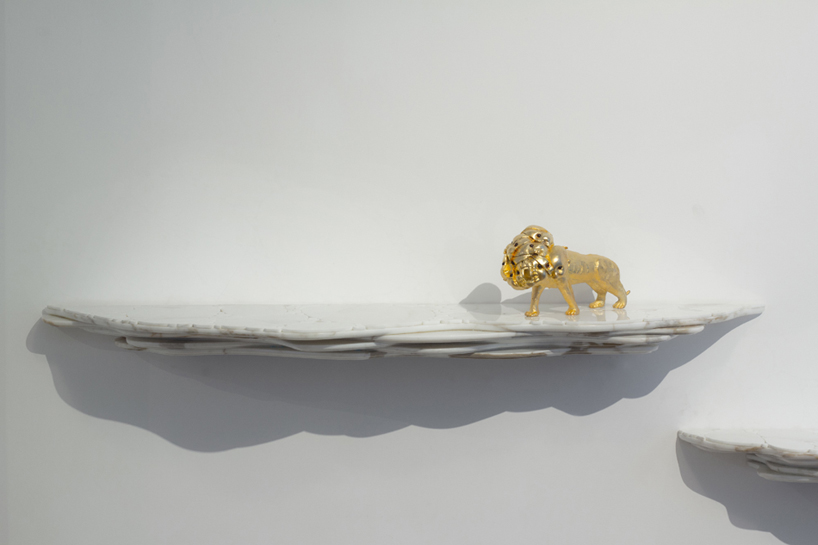 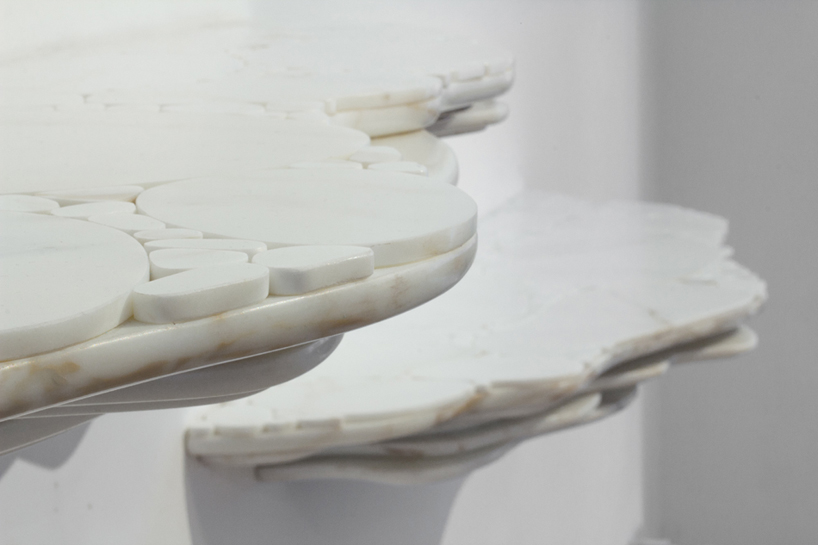 side profile of the ‘basoli’ consoles and their layered marble 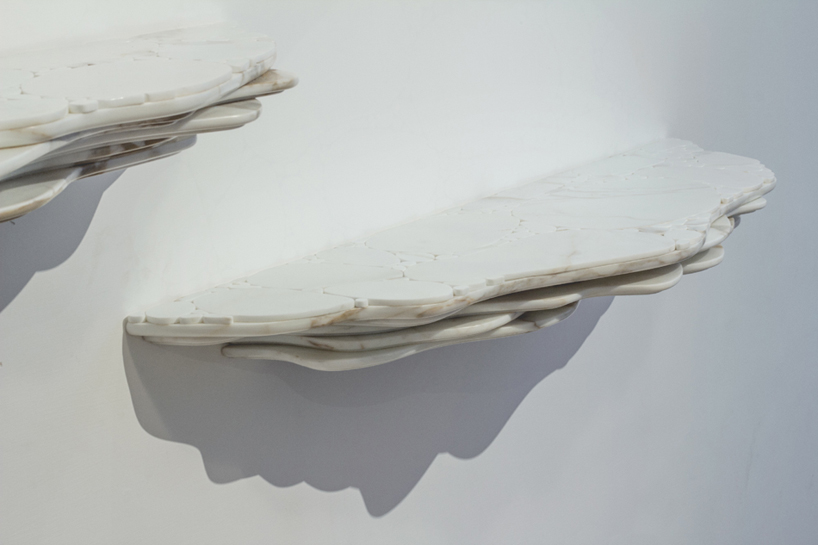