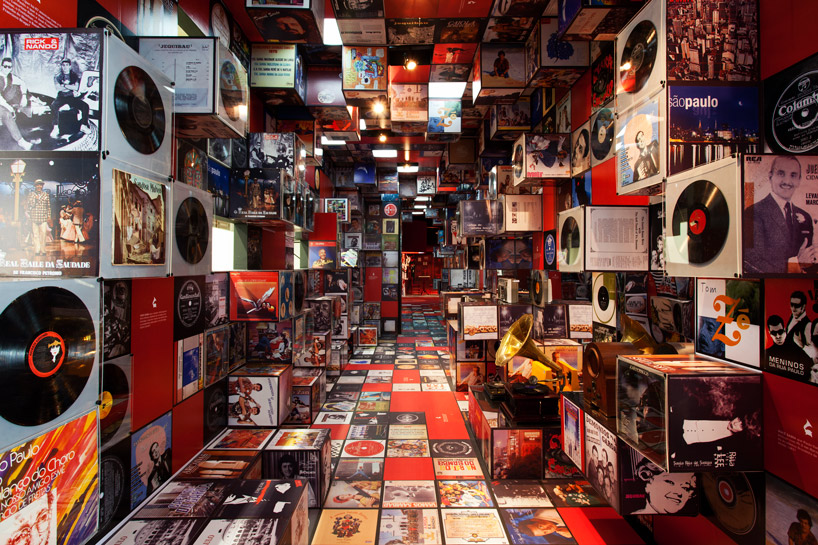 ‘musical tour of the city of são paulo’ (‘roteiro musical da cidade de são paulo’) is an exhibition that introduces one hundred years of the
brazilian metropolis’ history from the point of view of songs which were specifically written for the city. the 3230 square foot space is a
collaboration between brazil-based firms estudio guto requena and atelier marko brajovic, whom envisioned the scenography and
art direction as a melodic ride evoking the symbols of the city, its skyline,  and urban furniture. the collection is the result of 22 years of
research by curator assis ângelo, which is composed of documents such as audio files, rare LP records, musical scores, pictures, drawings,
newspaper articles, interviews, testimonies, lyrics and songs. 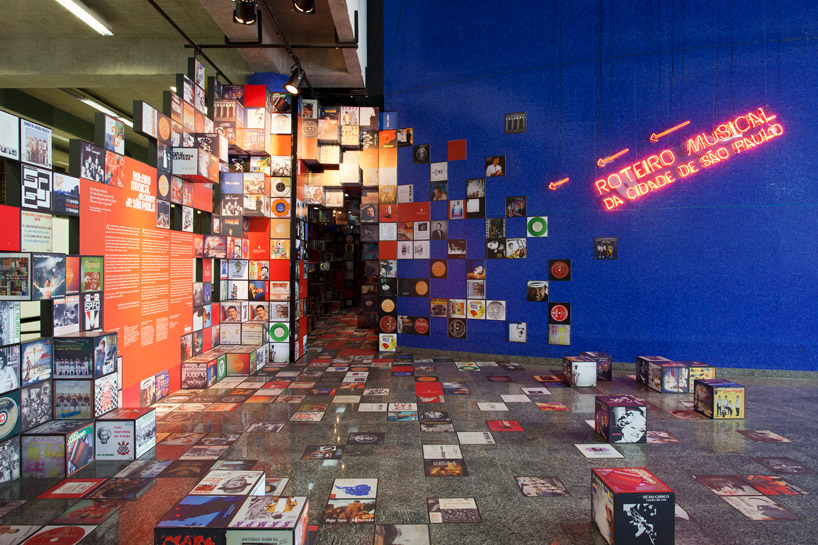 the narrative journey begins with a 56 foot long musical tunnel. a large neon sign and multiple neon arrows, reminiscent of rua augusta,
a traditional bohemian district of são paulo, invites visitors to enter the space and immerse themselves into the exhibition area.
produced of gramophones, radios, LP players, CD players and over 2600 historic album covers are displayed from floor to ceiling creating
a ‘pixel-LP record explosion’, guiding visitors through a historic passage of time. 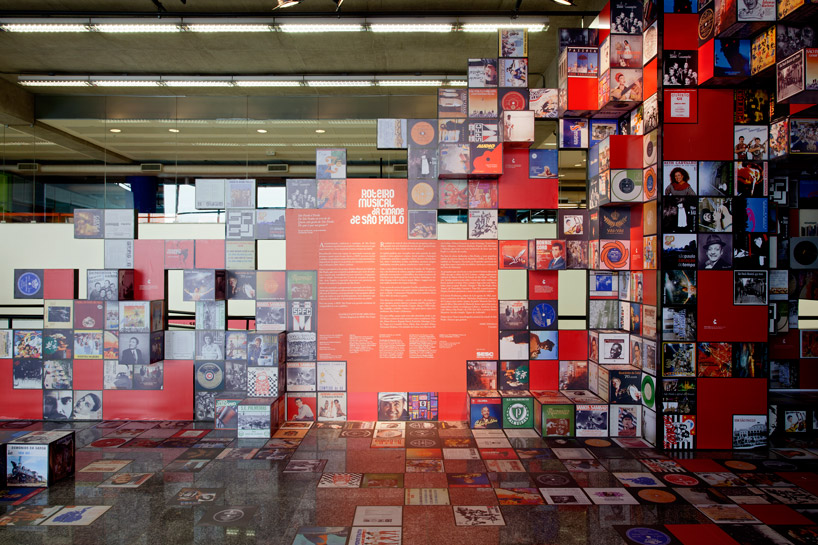 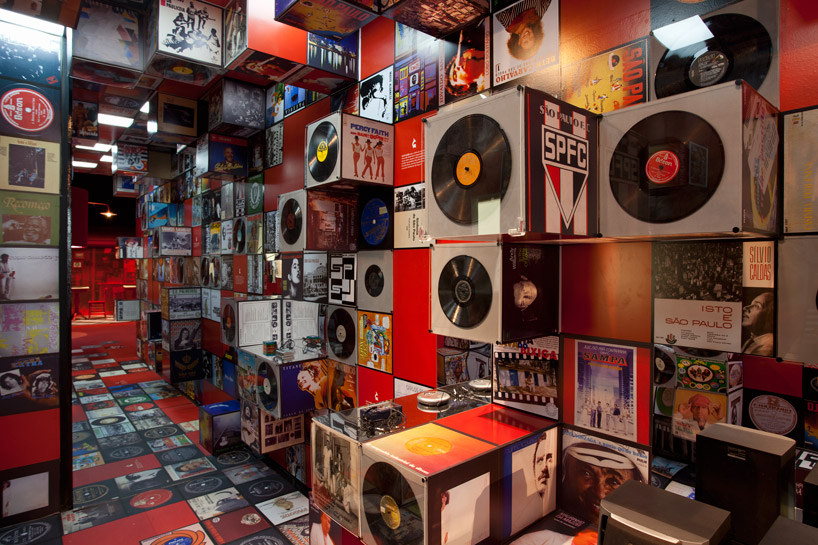 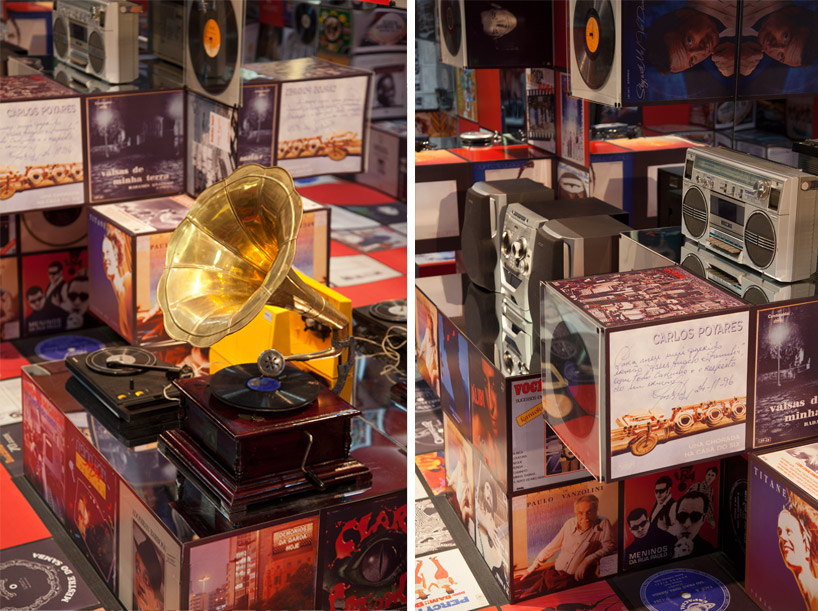 gramophones and stereos displayed in the space 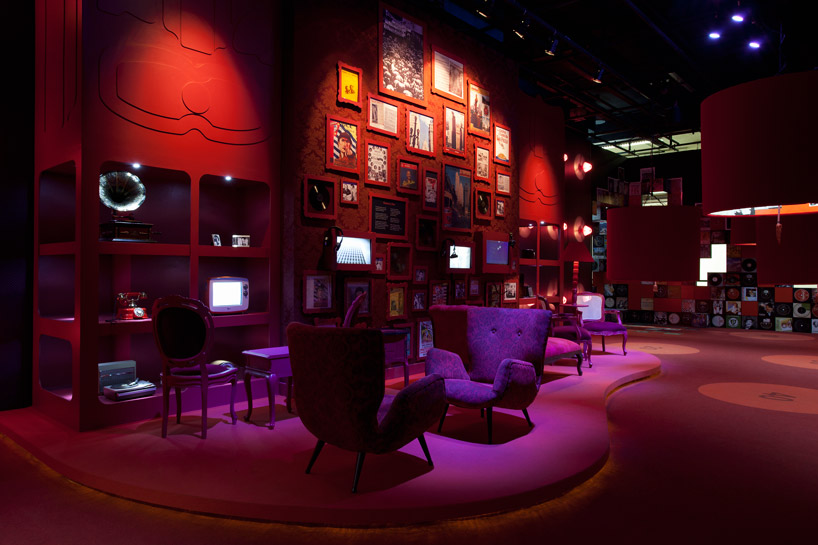 an elevated stage was designed to serve as debate arena resembling performance cabarets. the walls display laser-cut rococo-style frames which support
historic photos and headlines. flanking both sides of the stage are large cabinets influenced by old cupboards house part of the collection of objects,
such as old radios and newspaper articles. plasma TV’s and vintage radios feature historic footage and records of old radio programs.
the dimmed lighting combined with the interior decor suggest an intimate ambiance inviting people to sit, watch and interact with the content of the exhibition.

eleven domes organize chronologically the content which contain a celebrated musical summary of each decade from the 1910’s to the 2010’s.
the pieces are interactive, moving either upwards or downwards, allowing visitors the ability to experience specific set lists, texts and pictures.
the objects can also be pulled up to transform the space into a small auditorium fitting up to sixty people for lectures and talks. 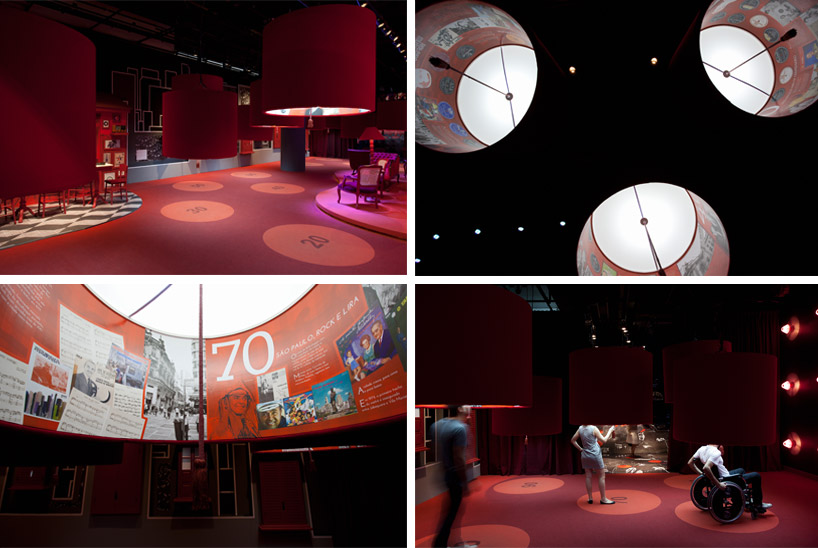 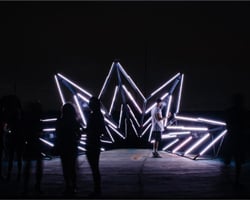 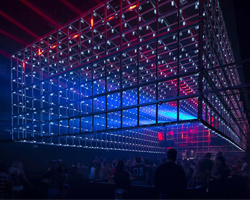 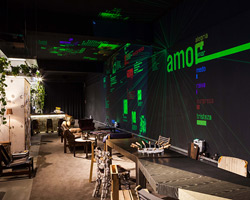 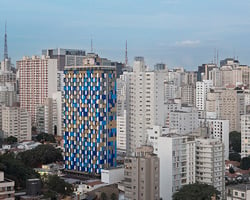