eugeni quitllet on his collaboration with kartell for 2015

eugeni quitllet pays tribute to president of kartell claudio luti, with a chair that expresses the capabilities of plastic production, for which the italian company is known for. ‘cloud-io’ is a play on luti’s name and speaks to a new approach to design, stepping away from what is physical, and deconstructing furniture down to a culmination of elements — light, water, air — rather than materials. quitllet has envisioned ‘cloud-io’ as a composition of ‘monocles’ that stands as a symbol of visual and physical lightness, ‘bringing voids to the forefront. designing the surrounding air rather than the material itself. sculpting emptiness, air and light to create new objects from it…’.

designboom speaks with eugeni quitllet at the kartell stand during salone del mobile 2015, who discusses the technological challenges he dealt with in realizing the collection of pieces:

‘cloud-io’ chair is a composition of elements, rather than a solid material 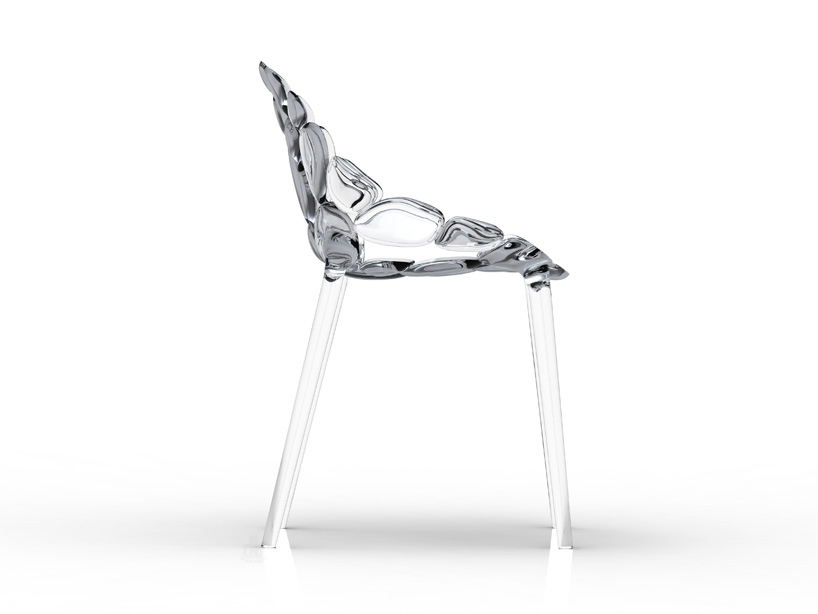 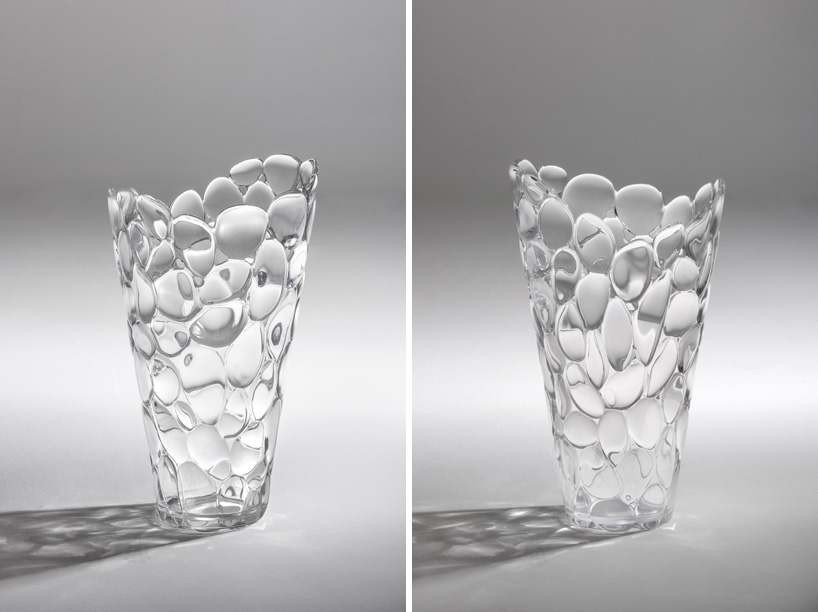 similarly, the catalan designer’s ‘vase-o’ for kartell takes these monocles to form a vessel that is vaporous and glimmering in its appearance. ‘its drops assemble harmoniously to give shape  to a chair, a table or a vase.’ 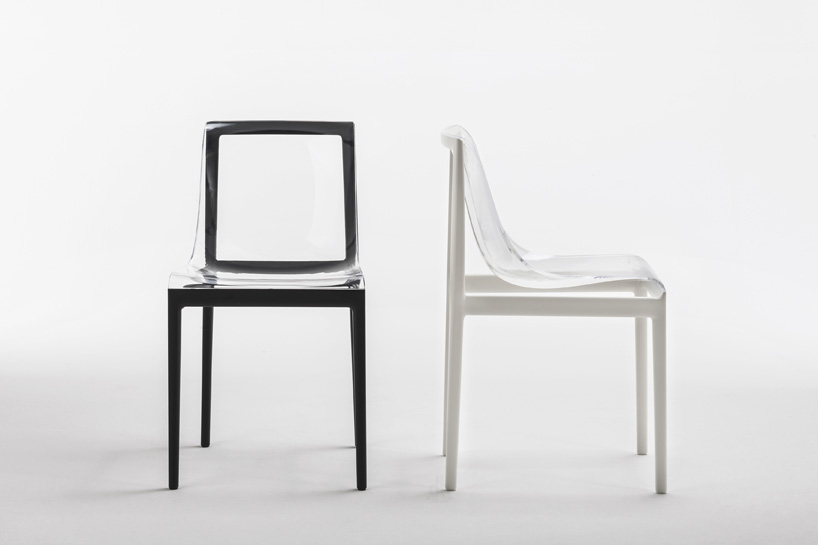 alongside ‘cloud-io’ and ‘vase-o’ is ‘dream-air’, conceived with the same meandering elegance. it is characterized by its opaque framework, in which a transparent shell of plastic is draped over it to complete the seating piece. ‘like a scarf in the wind, a dream suspended in air. ‘dream-air’ is a simple framework that captures the beauty of the body’s curve sitting in space.’ 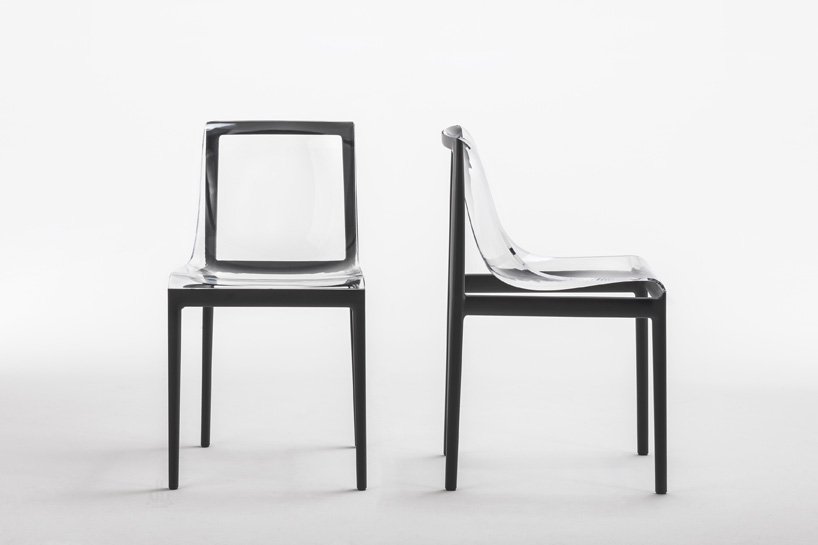 ‘dream-air’ chair is characterized by an opaque framework, paired with a transparent seat shell that drapes over it 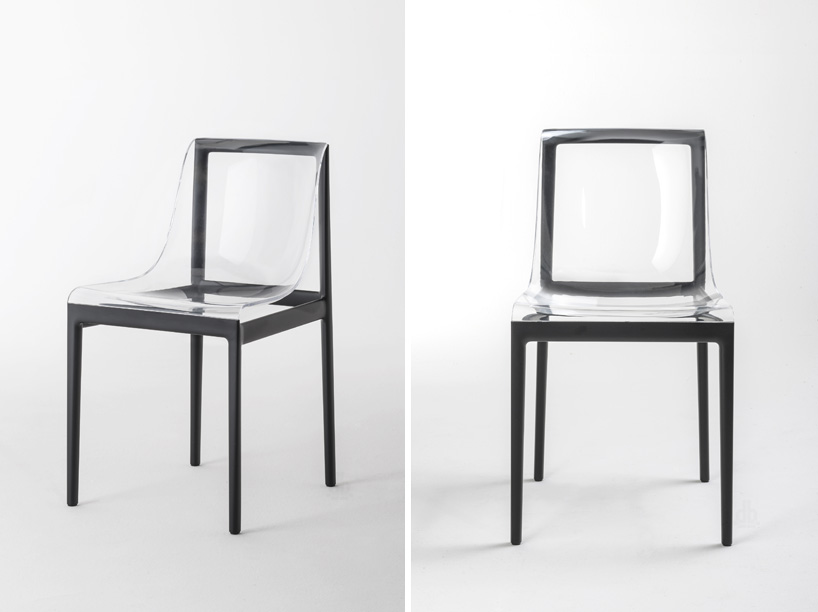 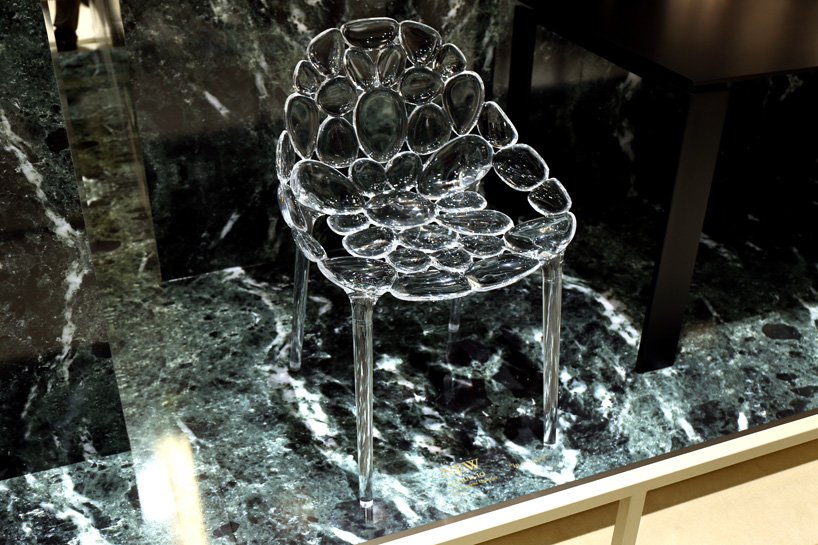 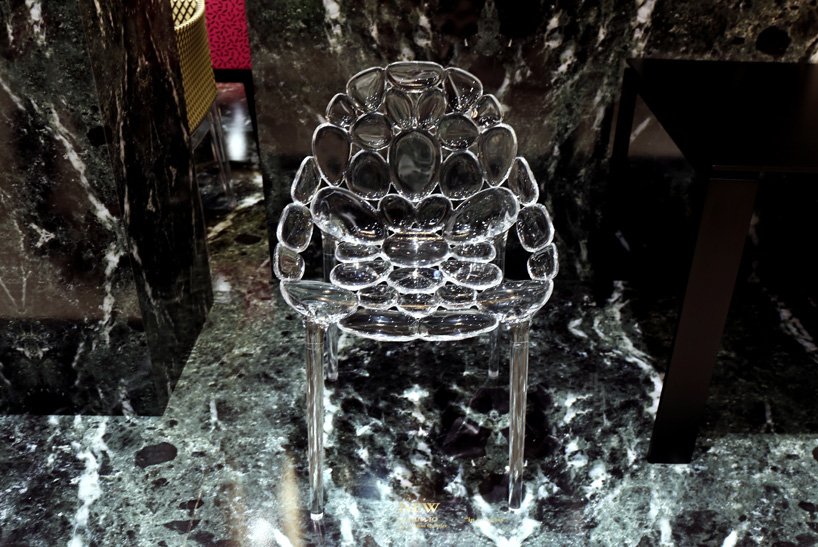 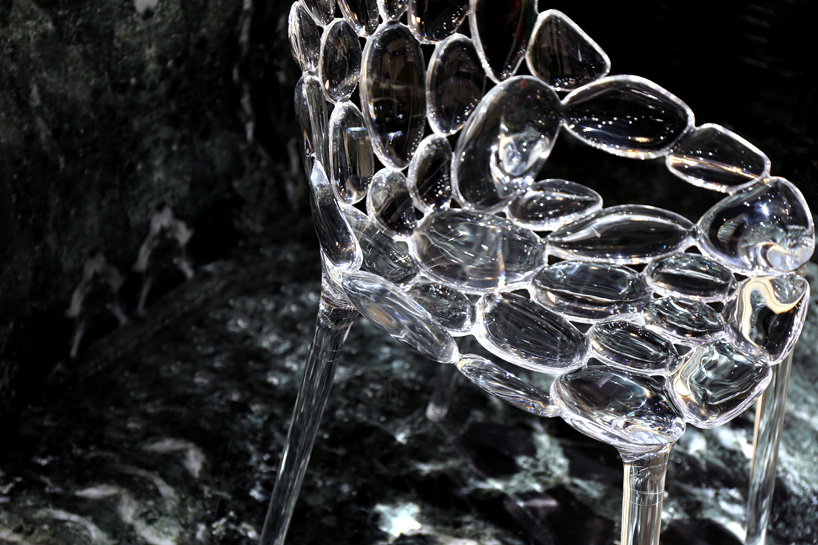 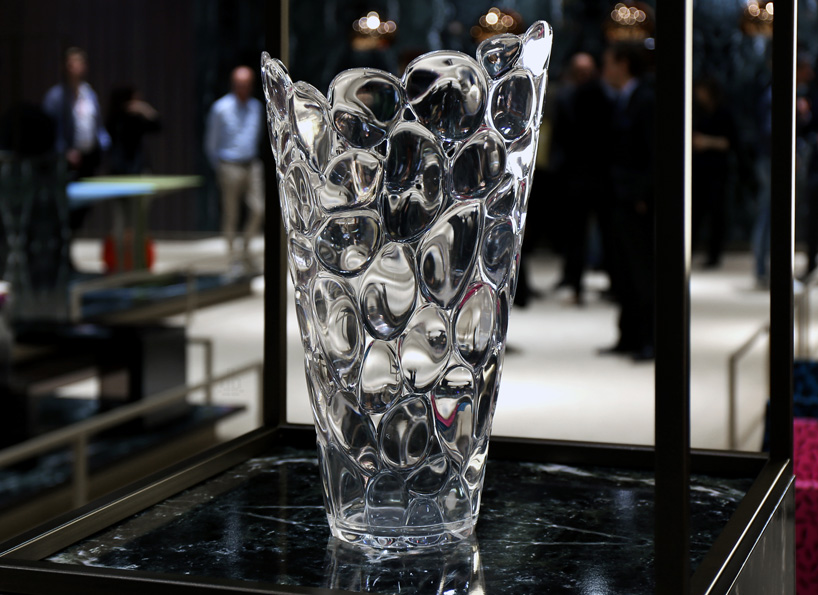 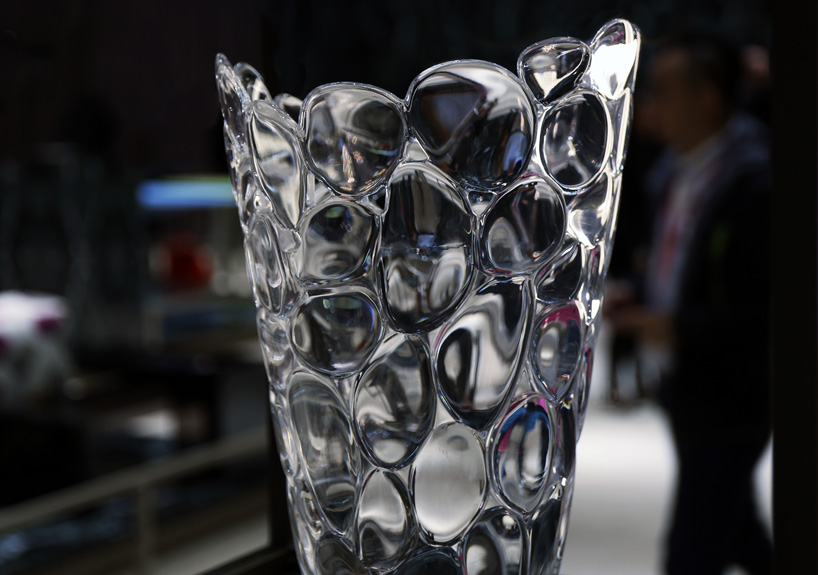 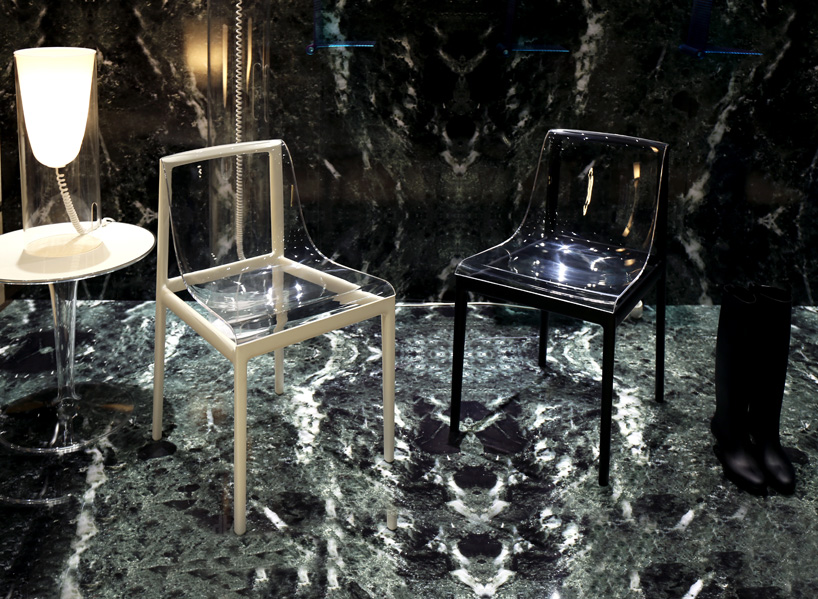 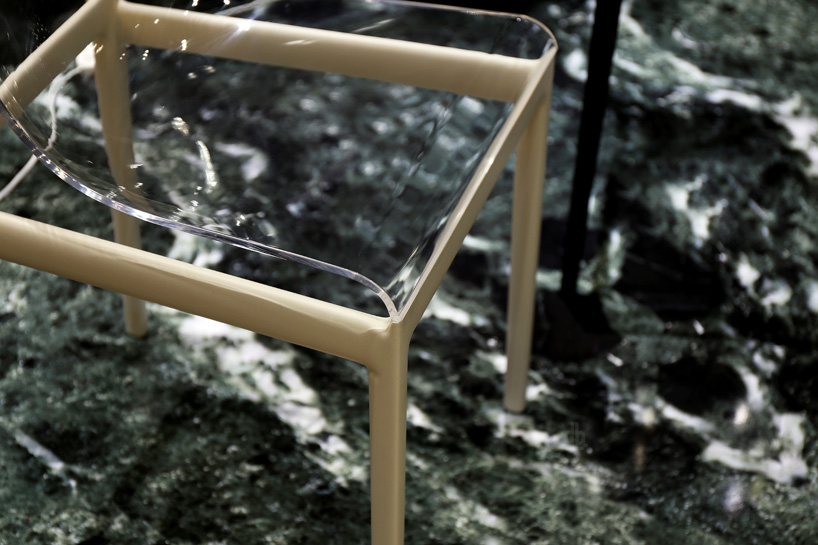 detail of the chair legs 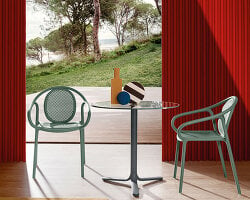 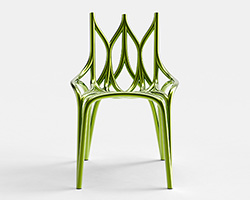 Apr 22, 2020
eugeni quitllet envisions a chair left out in the wild & taken over by nature 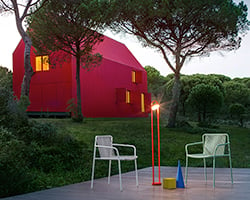