C-mask, a smart face mask that can translate and transcribe for you
35k views

greek designer eugenia antoniou referenced nature, the eclipse phenomenon and the analysis of light in the seven colors of the rainbow to design ‘eclipse of rainbow’, a luminaire with LED lighting technology. the floor lamp, when turned off, stands like a simple black lamp with a white plate close to the lamp shade. once it is turned on, the luminaire is completely transformed by the LED colored light and the white plate that resembles the eclipse creating a larger shadow on the floor. 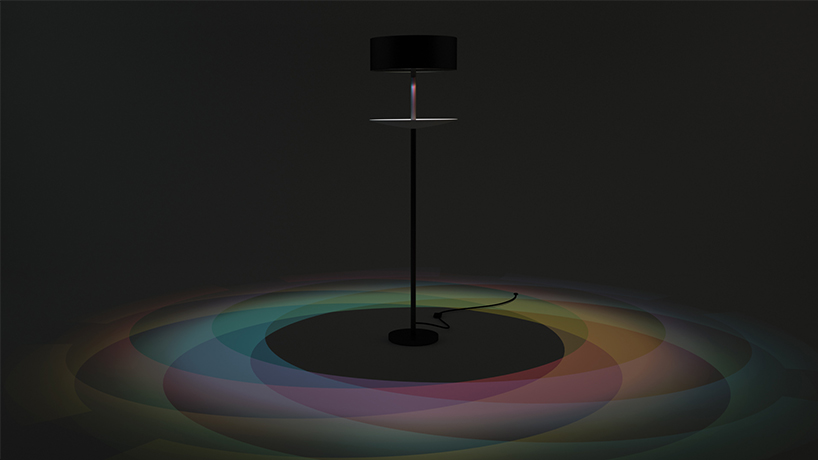 by placing seven different color LED bulbs on a disc, a rainbow pattern appears on the floor

by combining both the ideas of an eclipse and of a rainbow, the main idea arose, resulting in a unique object employing the qualities of light to encompass elements of playfulness and aesthetic pleasure.  the concept was practically conveyed by inserting a disc between the light source and the level of projection as it also happens with the eclipse phenomenon when a celestial body is interposed between another and the observer. the lamp is based on the principle of contrast — light and shadow, black and white creating a standing luminaire object with these two colors, that is simple in its shape, but once it’s turned on, all the colors create the contrast. regarding the functional part and the way the light is rendered by the light sources, seven LED bulbs under a particular angle and a compact disc were placed so as two optical effects would be extracted: a colorful pattern on the floor and a white light composition on the compact disc level. 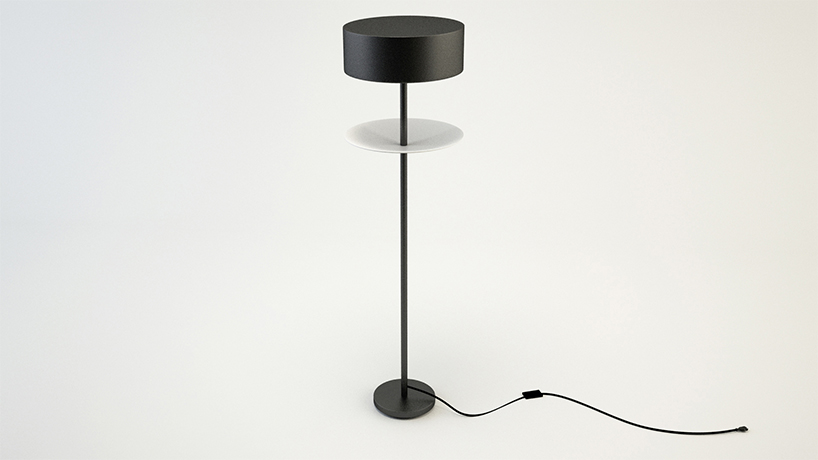 ‘eclipse of rainbow’ is still in its concept stage, but if the lamp is developed you can observe every day an eclipse phenomenon enhanced with the seven colors of the rainbow from home, anytime. 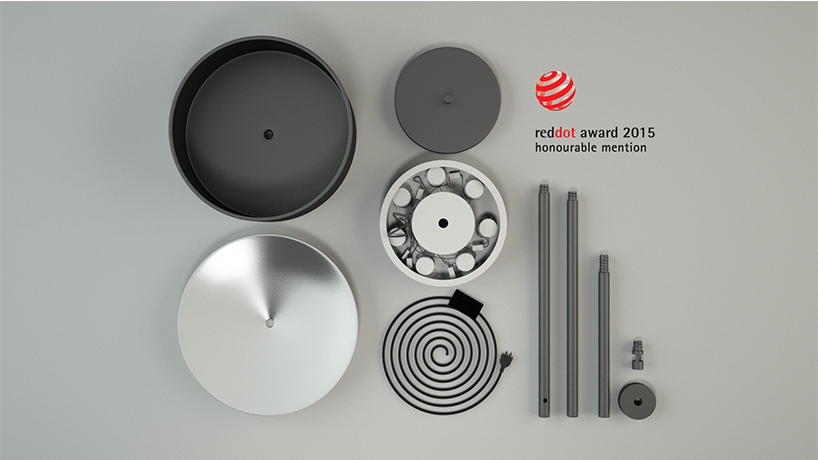