the winners of the eurobike award 2012 have been announced. organized by iF design, 439 entries from 28 countries were submitted into the competition under nine different categories: mountain bikes, cross bikes, racing bikes, urban bikes, special-purpose bikes, e-bikes/pedelecs, cothes, parts/components and accessories.

from august 29th to september 1st an exhibition of all the award-winning products are on display at the eurobike tradeshow in foyer west at the friedrichshafen exhibition grounds, germany. the eurobike award was developed to offer a platform in which people could present their ideas for the bicycle industry. 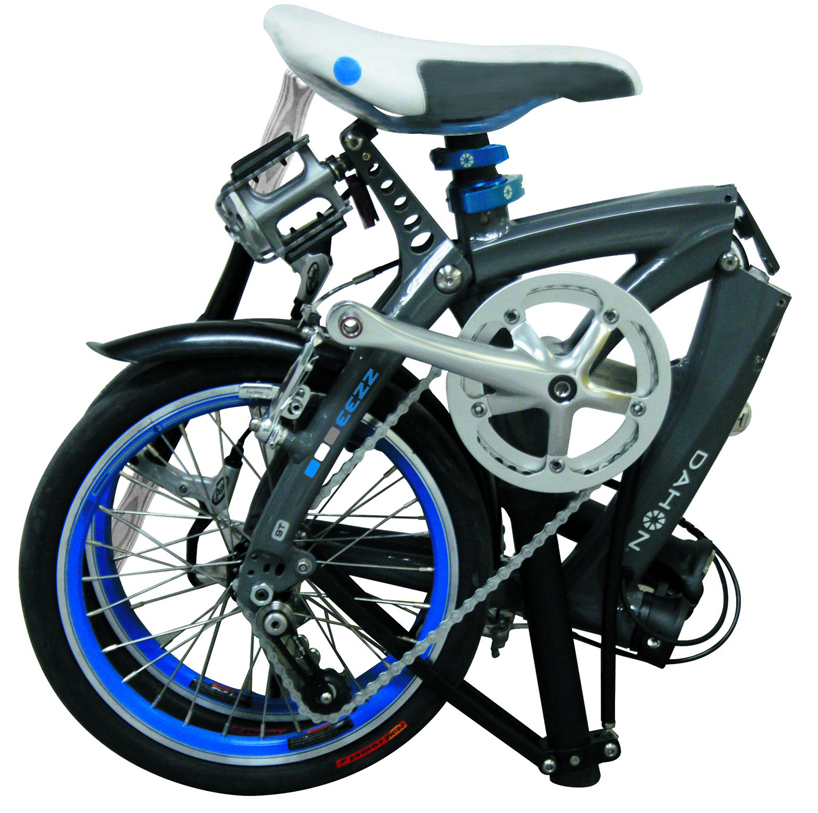 EEZZ in its folded state

designed and manufactured by ITMS marketing GmbH, bad nauheim, ‘EEZZ’ uses vertical folding technologies – hinges are hidden within the top of the hydro formed frame instead of its side – to make it a compact portable bike. twin pull rod systems on the seat post allow it to extend and contract automatically, reducing the amount of time needed for individual adjustment. weighing only 9 kg, the ‘EEZZ’ can easily be stored in the trunk of a car, apartment closet, its easy assembly offering a reliable means of bi-model transportation within a few seconds. 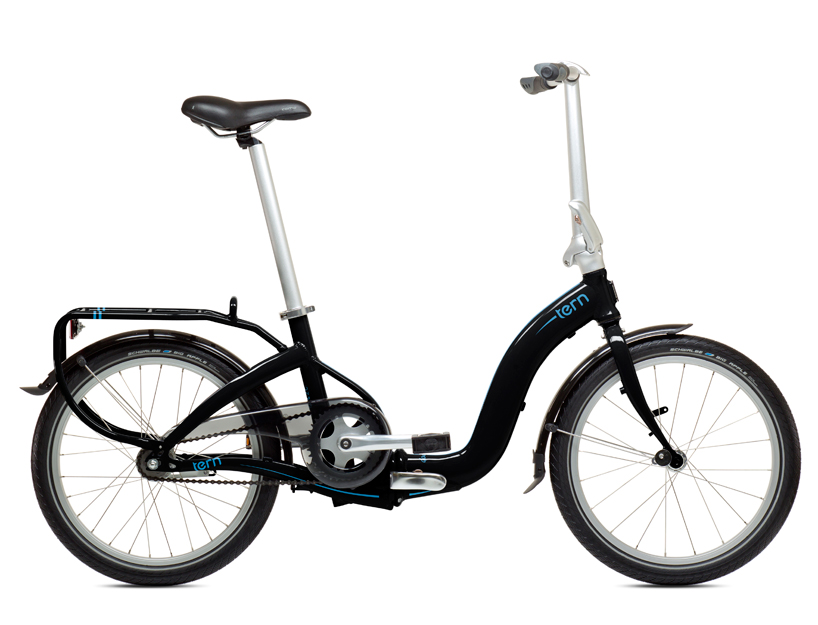 the ‘tern swoop duo’ urban bike is a cable-free, two-speed automatic shifting and super low-step design. manufactured by tern of taiwan, the two-wheeler has an OCL joint which makes one forget it is in fact a folding bicycle. other features include N-fold technology, a double truss, physis handlepost, detachable integrated rack and schwalbe big apple tires. 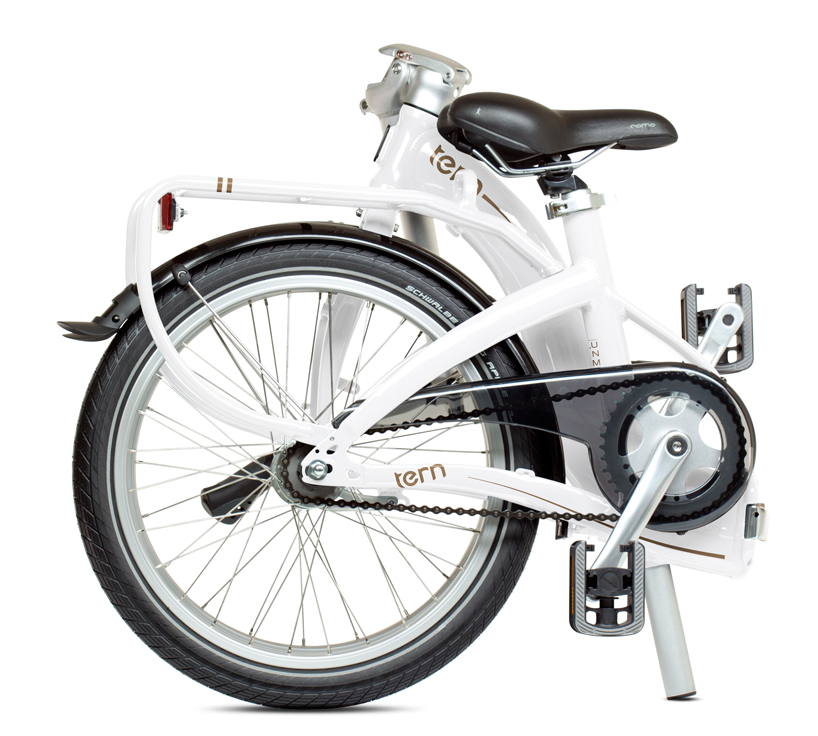 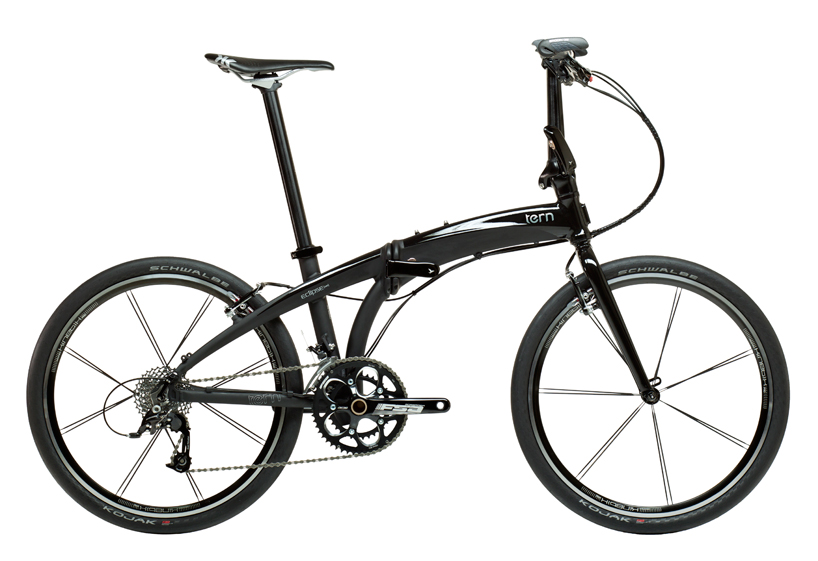 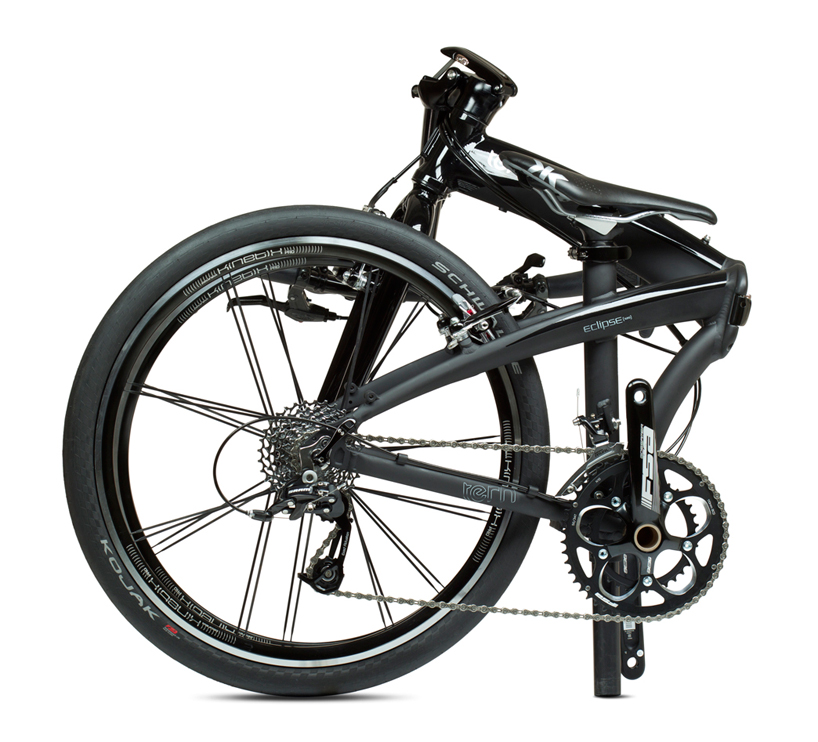 the sleek bike in its most compact form