netflix‘s new TV series squid game has taken the world by storm. the dystopian storyline, the intriguing characters, the surreal set design, and the retro-inspired costumes have everyone talking.

crowned as netflix’s biggest launch, the popular K-drama has stirred up a shared interest in taking up korean, as well as a ‘dalgona’ candy craze and a newly found fascination with …massive robot doll killers? however, the domination of the show doesn’t stop there, entering the collective cultural consciousness from multiple directions. the most recent takeovers include —but are not limited to— the worlds of fashion, toy design, and video games. 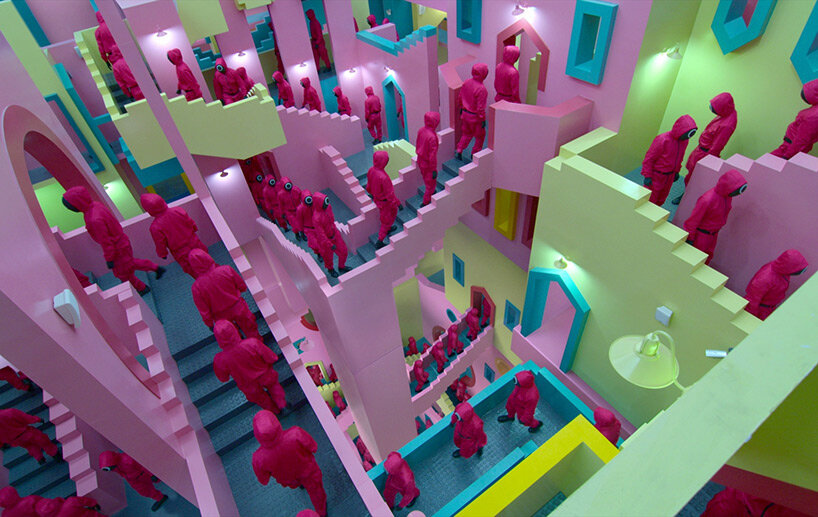 the fashion explosion of squid game

in the dystopian thriller, a divorced father with financial struggles is invited to a mysterious fight-to-the-death competition, in a chance to win a cash prize of 45,600,000,000 won (around 33 million euros). upon accepting the invitation, he is placed into a surreal (mostly) vibrant environment, where he meets the other participants. they are all dressed in identical outfits: a dark teal tracksuit labeled with a number, from 001 to 456, and a pair of white slip-on shoes. soon, they’re joined by the competition staff members, who wear hot pink jumpsuits, covering their faces with game-controller-button masks. 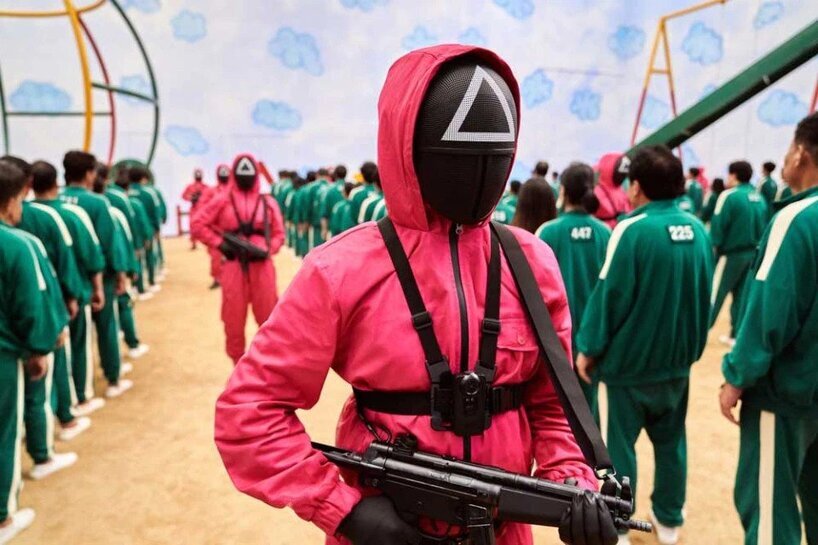 the popularity of squid game has led to a sudden enthusiasm about anything that has to do with the fashion displayed in the series, which certainly translates to many halloween costume ideas. an impressive array of squid game-inspired costumes has made its appearance on several popular e-commerce sites, with exact replicas of the show’s green tracksuit, boiler suits, and the soldiers’ eerie black masks being among the best sellers. 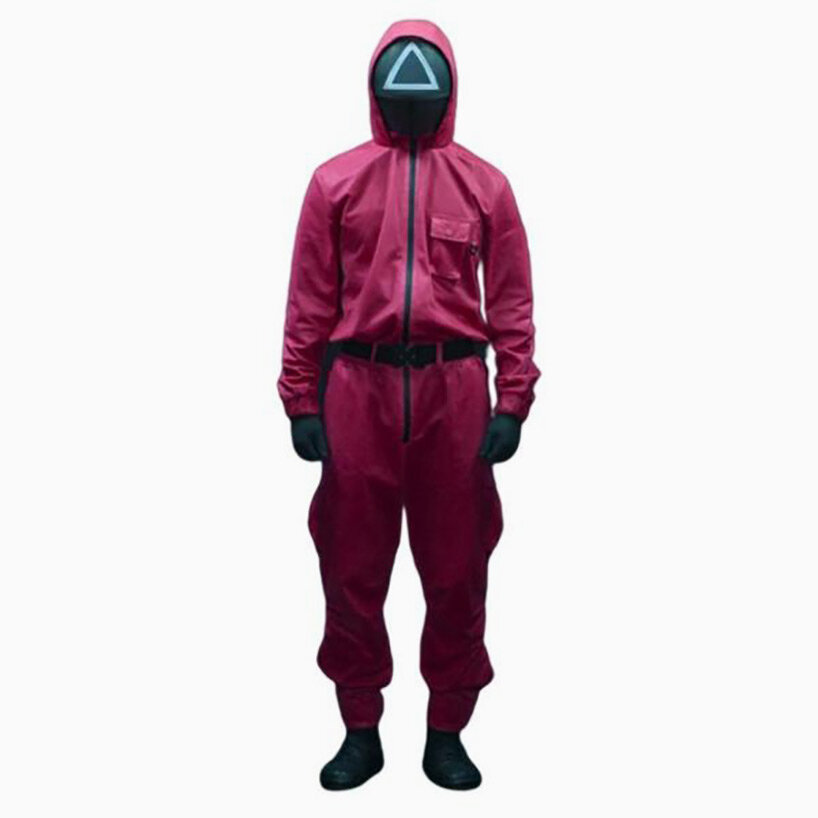 however, the squid game aesthetic influence goes beyond halloween costumes, and the clothing options displayed in the show are rapidly gaining popularity on online shopping platforms across the globe. for instance, the searches for white vans slip-on sneakers which all 456 game contestants wear, have catapulted 7,800 percent since the show’s release, according to british retailer sole supplier. the same applies to the retro-inspired tracksuits, whose searches jumped by 97 percent, as fashion search platform lyst states in a recent report. 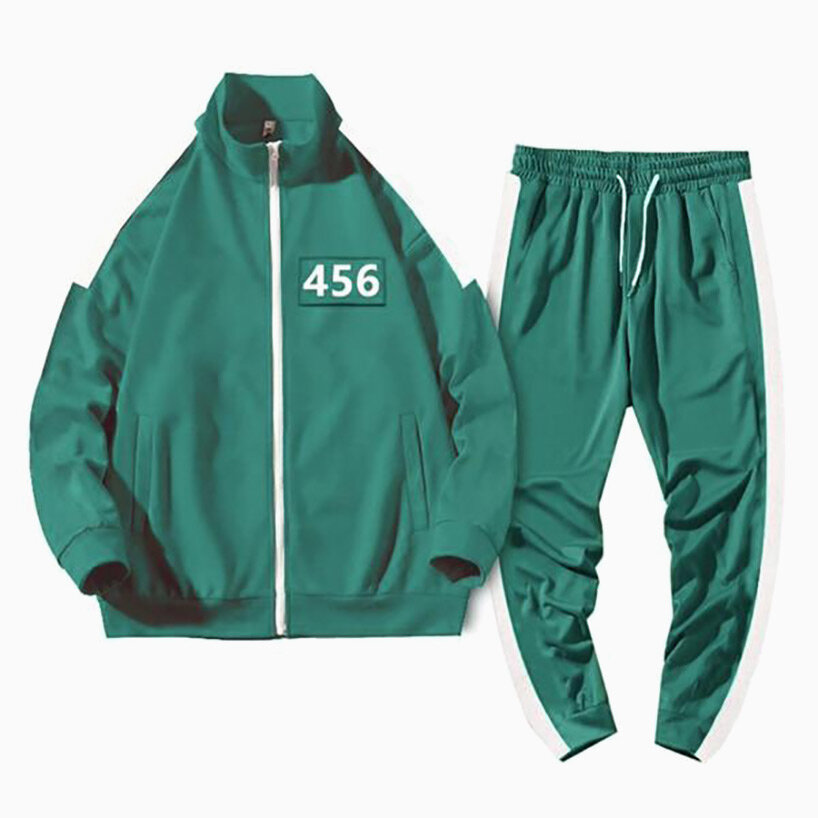 the viral K-drama has also seeped into the world of toy design, with various creators planning to launch their own squid game-inspired pieces. south korean toy designer hyun-seung rim, also known as twelvedot, has revealed a new collaborative project in the form of the notorious ‘red light, green light’ laser-eyed doll from the series. on their official instagram account, the creator has shared a sneak preview of the item, presenting an eerie head design with a lifeless gaze. although it’s not clear if these will be sold or they will be strictly used for promotion, many different merch figures from other creators are already circulating the markets, available to be purchased by squid game enthusiasts. 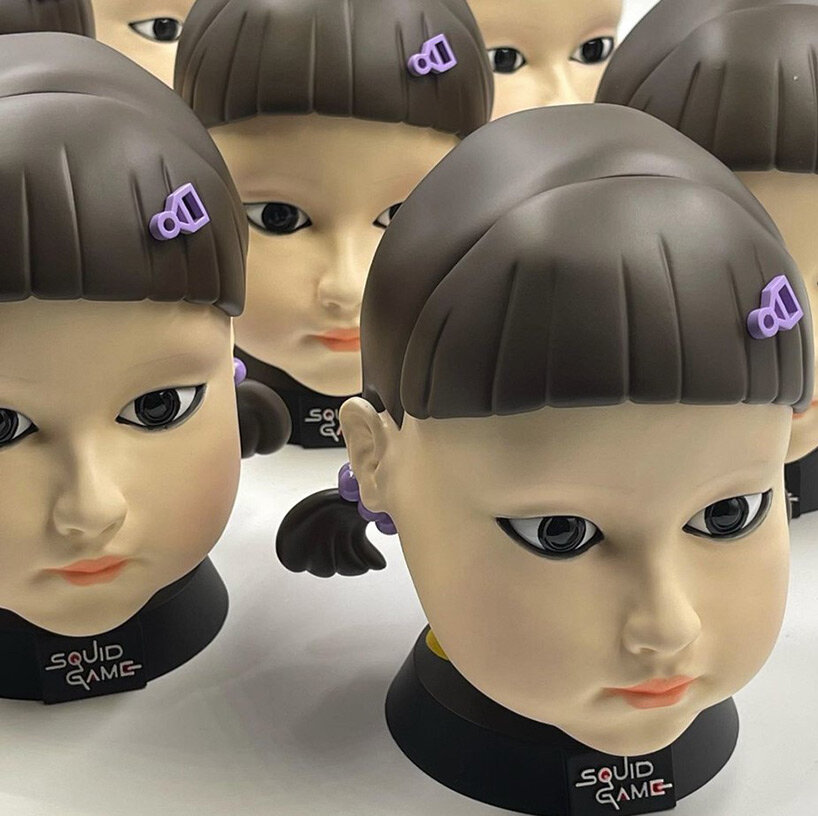 meanwhile, it seems like the giant murderous doll actually exists in real life. the iconic doll —which is the focal point of the bloody game of ‘red light, green light’ in the show— guards the entrance of a horse carriage museum called macha land in jincheon county, a rural area north of seoul. the squid game producers took her and used her for filming, but returned her back to the original location after wrapping up shooting. apparently, she’s now missing a hand, which adds to her creepy aura. 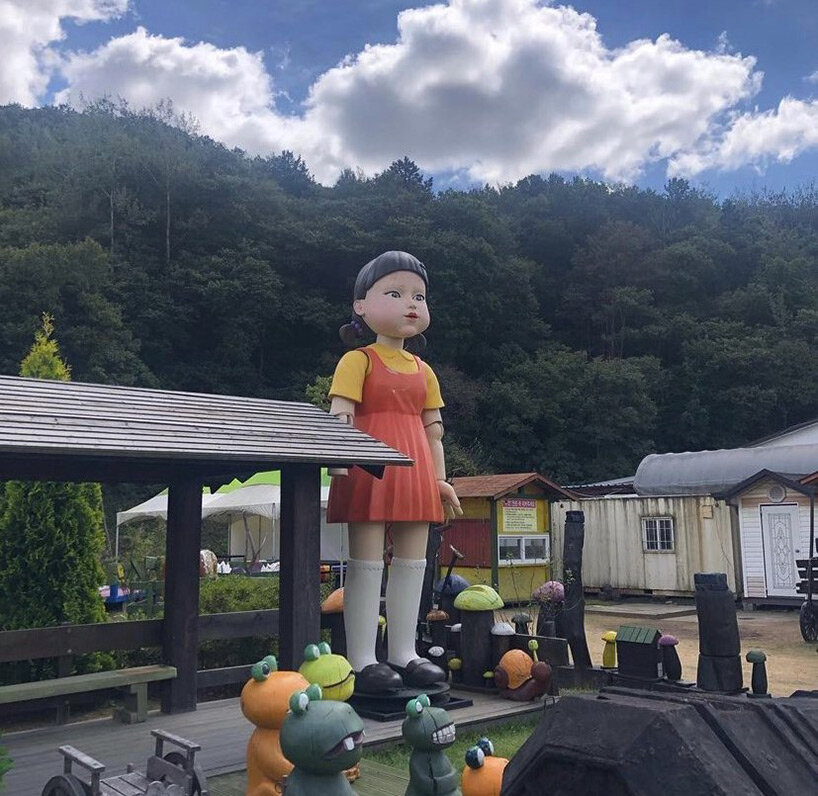 in addition, there’s actually one more squid game doll replica in the philippines, designed to discourage pedestrians from jaywalking. the doll scans passers-by and flashes her eyes if she spots somebody crossing against the ‘don’t walk’ red light. fortunately, she’s not laser-eyed like the robot on the show, but she’s still quite spooky. 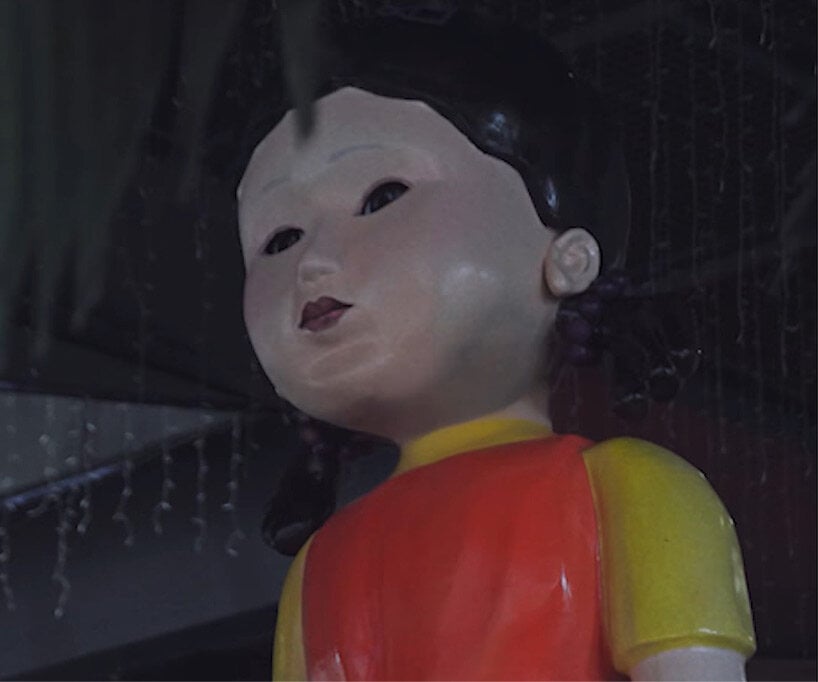 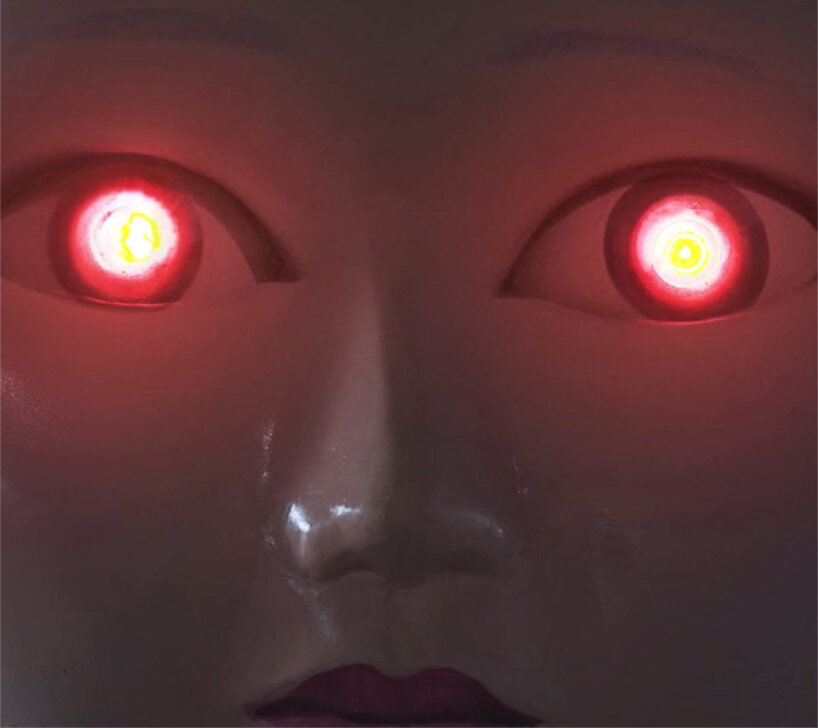 last but not least, the TV series is entering the world of computer games too, as netflix asia executive minyoung kim mentions that a squid game videogame is being considered. according to the circulating rumours, the game would have a ‘battle royale’ style, similar to fortnite and PUBG, which would be well suited to the plots of squid game. so far, there’s not much information about the idea, and it is not known what the title will consist of or even if it will really be launched. 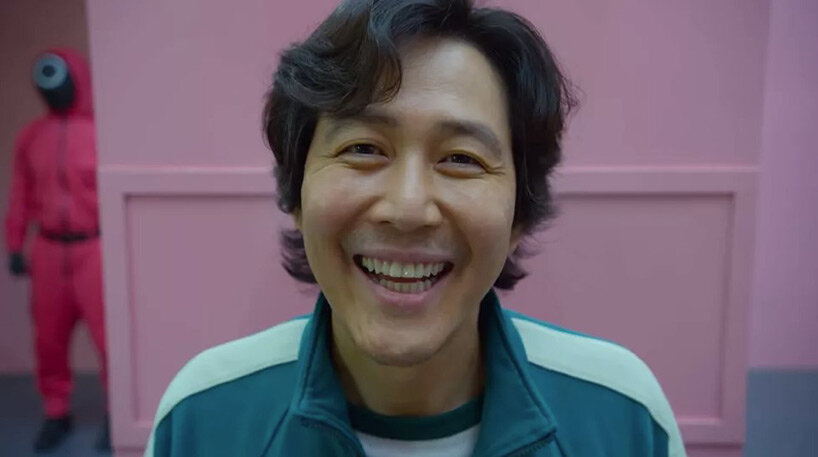 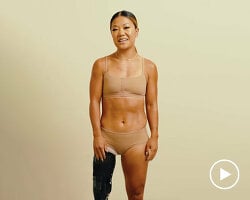 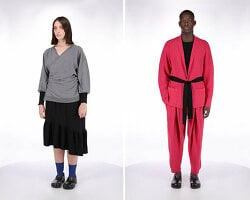 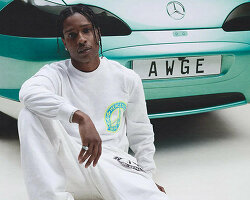