studio ward van gemert is based in rotterdam and primarily works in furniture design and installation art. one of their main projects is a series of chandeliers which appear to be exploding from their centre. in the spirit of designer ingo mauer, van gemert has modified a series of ordinary chandeliers in the series he calls ‘kroonluchters’. using wires to suspend each branch, the lights appear to be frozen in mid explosion like a hollywood special effect. on closer inspection, it is clear that simple wire and hardware is all that was used to create this illusion. van gemert has also produced a series of exploding chairs that exploit a similar effect. 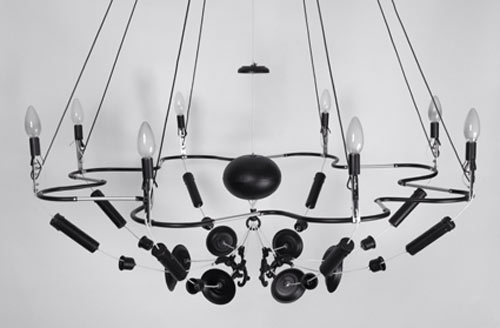 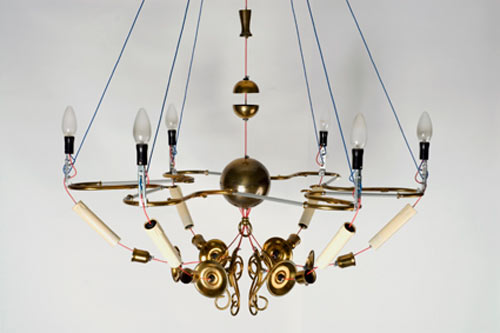 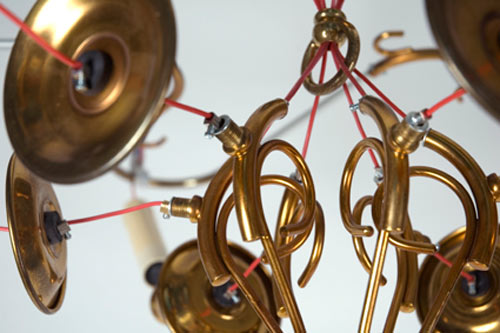 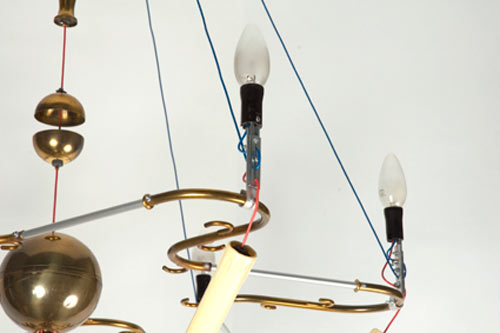