the micro lens uses similar technology as the company’s ‘go pano plus’ panoramic optic for digital cameras, which utilizes an equiangular mirror composed of aluminum substrate rather than glass to capture a complete panoramic image. the lens records all angles simultaneously, permitting users during playback to pan to different parts of the video.

the company already has a working prototype of the lens and software for iPhone 4. seeking funding through a kickstarter campaign, eyesee360 plans to ultimately expand the technology for use by other smartphones, mobile devices, and handheld cameras. 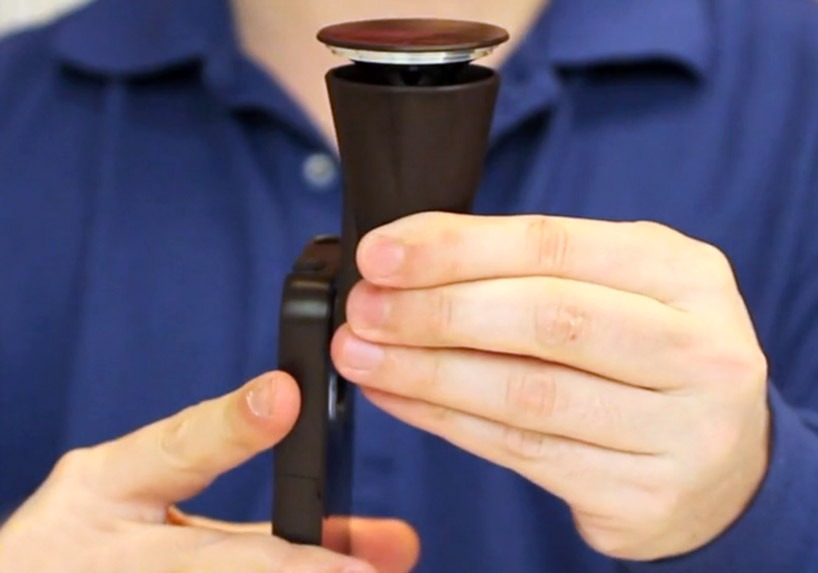 the lens fits easily onto the smartphone

example of panoramic video, as taken with the company’s ‘go pano plus’ lens for digital cameras: drag on the screen with your mouse to pan to different parts of the scene