designboom is currently in tel aviv as part of vibe israel, funded by non-profit apolitical social startup kinetis which strives to promote the culture, people, resources and creativity of israel through different events and organized tours of specialized areas, and this time it’s about design! throughout our trip we have been visiting various studios, museums and meeting a number of individuals – from those who have been practicing for some time to the up and coming creatives – as a means of experiencing and getting a behind the scenes look at what this middle eastern country has to offer in terms of design talent.

as part of our tour, we stopped off at paradigma design gallery which hosts a showcase of work by israeli designers including designboom’s good friend, the founder of studio tarazi ltd. and head of the industrial design department at bezalel academy of art and design in jerusalem, ezri tarazi. 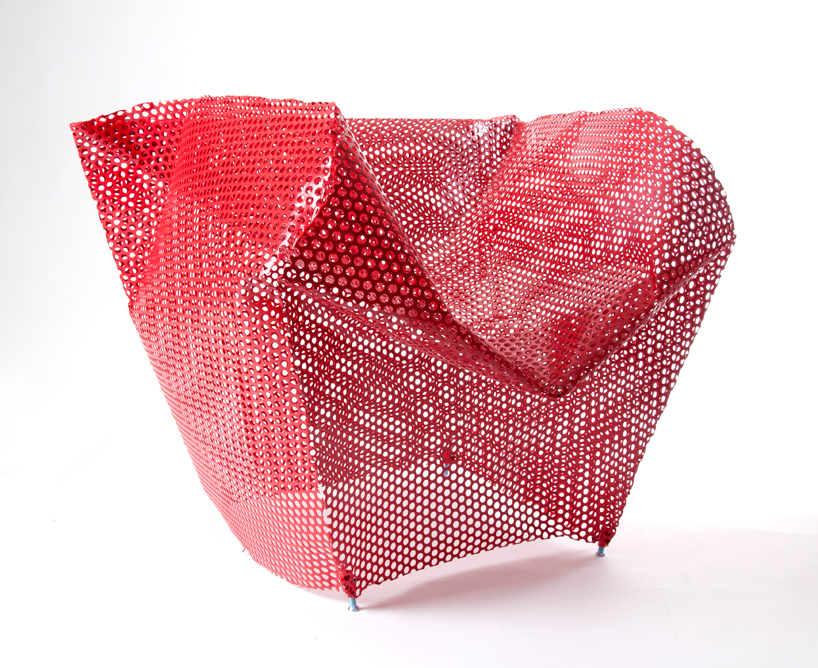 tarazi is presenting a new work, still in its prototype phase called ‘free falling’. the seating object is produced by transforming a trapezoidal box made from perforated metal sheets into a chair, as a result of a female mannequin filled with concrete, being dropped freely onto the three dimensional, hollow form. the action of dropping this 100 kg mannequin shapes the seat through air pressure that has been released through the material’s holes. tarazi’s concept for the piece was to create a chair made by the ‘human figure’ without any tools.

in design history, a number of metal chairs were produced by press of heavy industrial machines or hand tools, but ‘free falling’ was made solely by the sitting mannequin. the work is meant to suggest a number of interpretations, but above all to raise the question about the role of design and human interaction today. 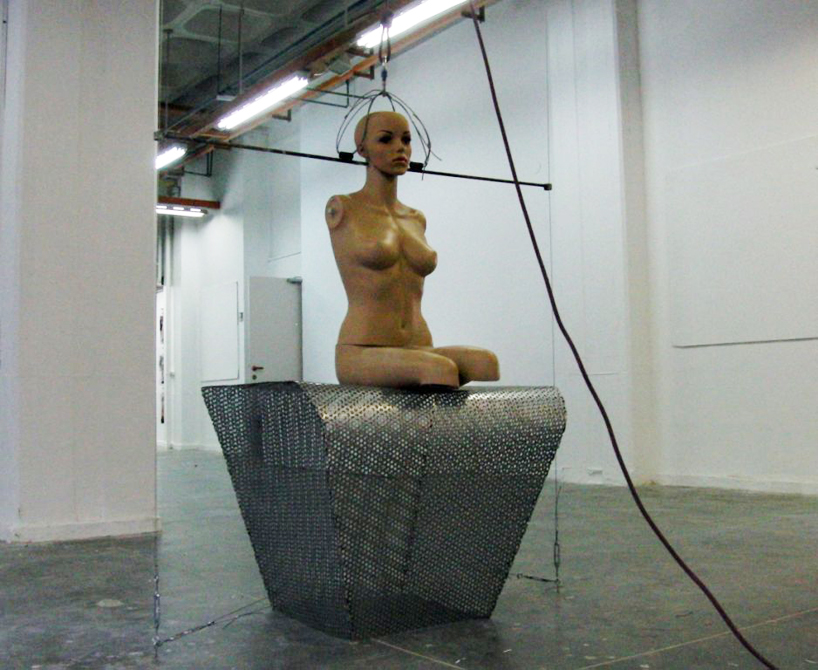 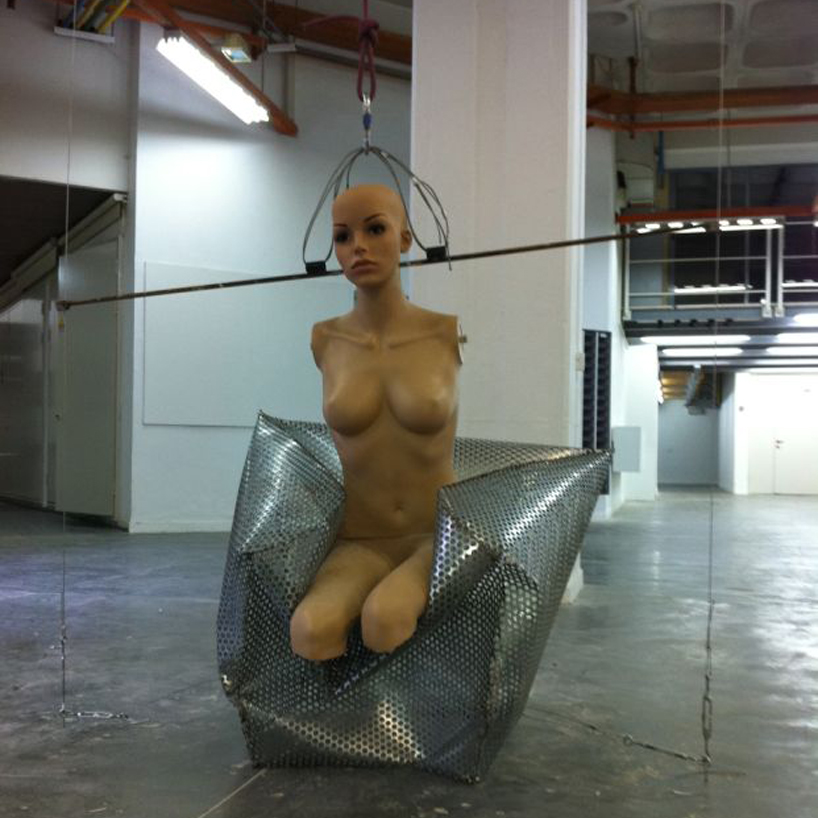 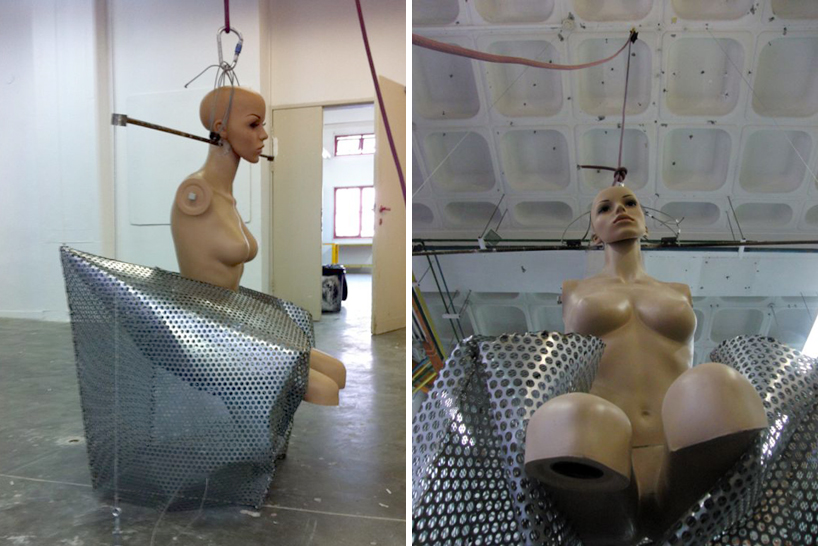 alternative views of the dropped mannequin 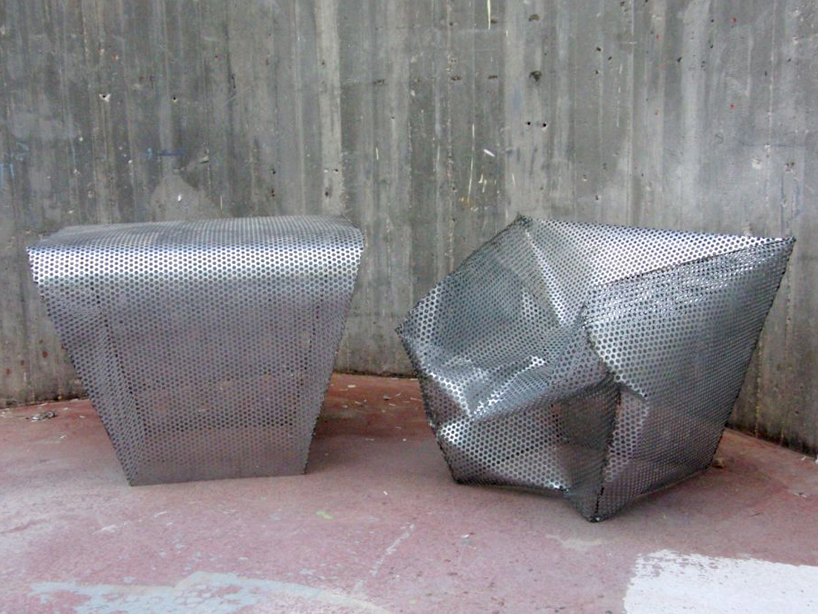 video of the process 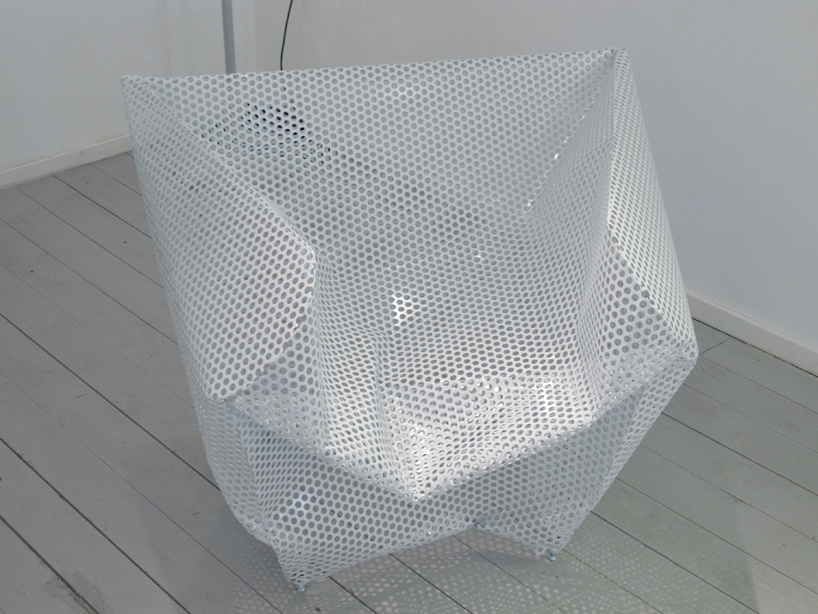 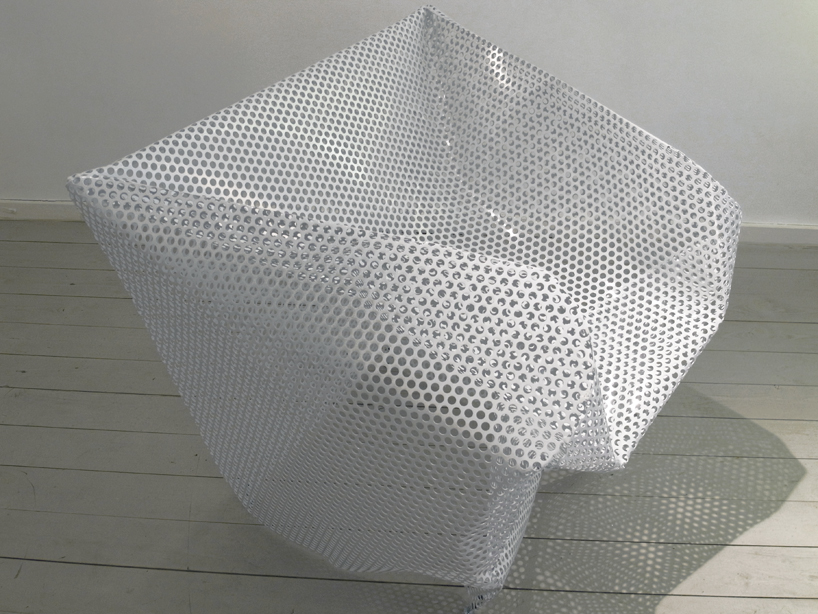 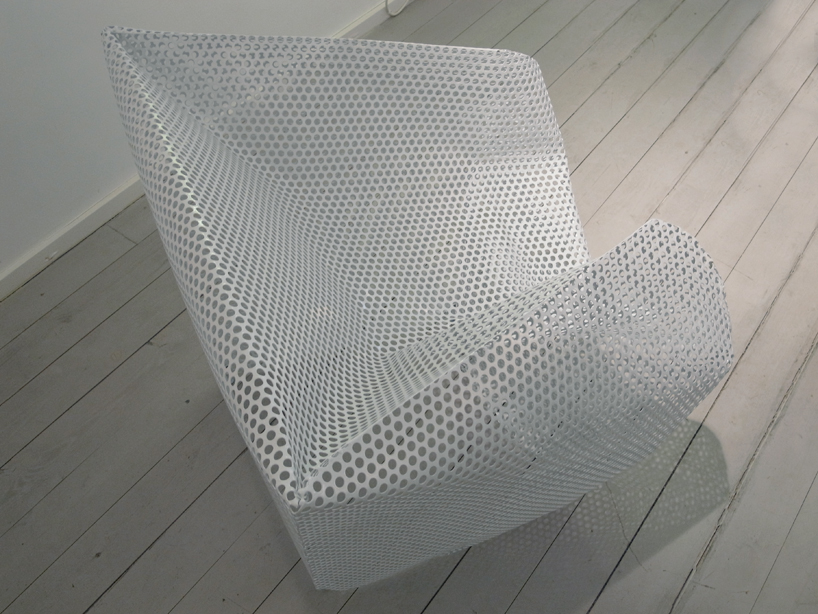 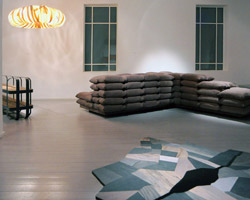