‘soft revetment’, one of the pieces in ezri tarazi’s exhibition ‘kalab’

‘kalab’, an exhibition of works by israeli designer ezri tarazi, creates a home-like space from the materials and vernacular of military engagement. army slang for ‘close to home’, the installation and its pieces create a visual juxtaposition of the blurring of the lines between civil and military life that has come to characterize the culture of the conflict-ridden country. 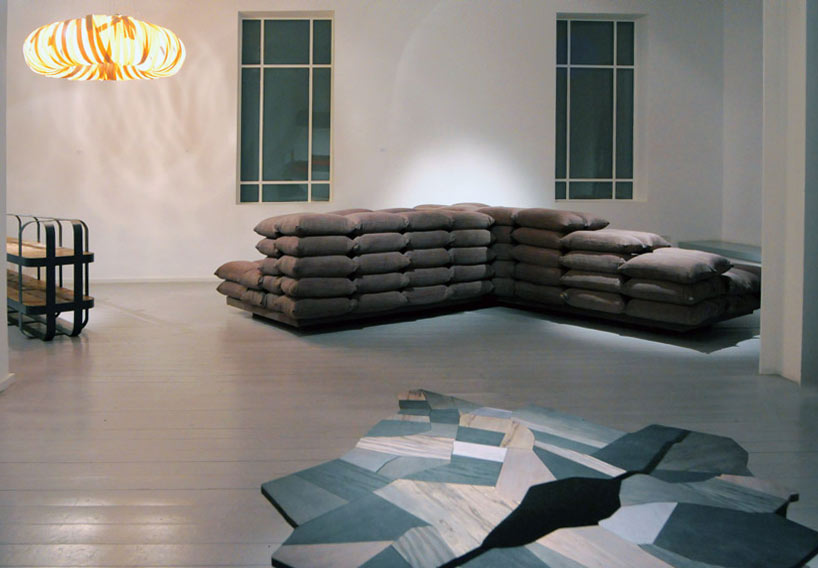 others adopt the visages of conflict. ‘soft revetment’ simulates sandbag fortifications, while ‘thermal earth’, a coffeetable, is designed to resemble a thermal aerial photo as taken from unmanned army air vehicle. 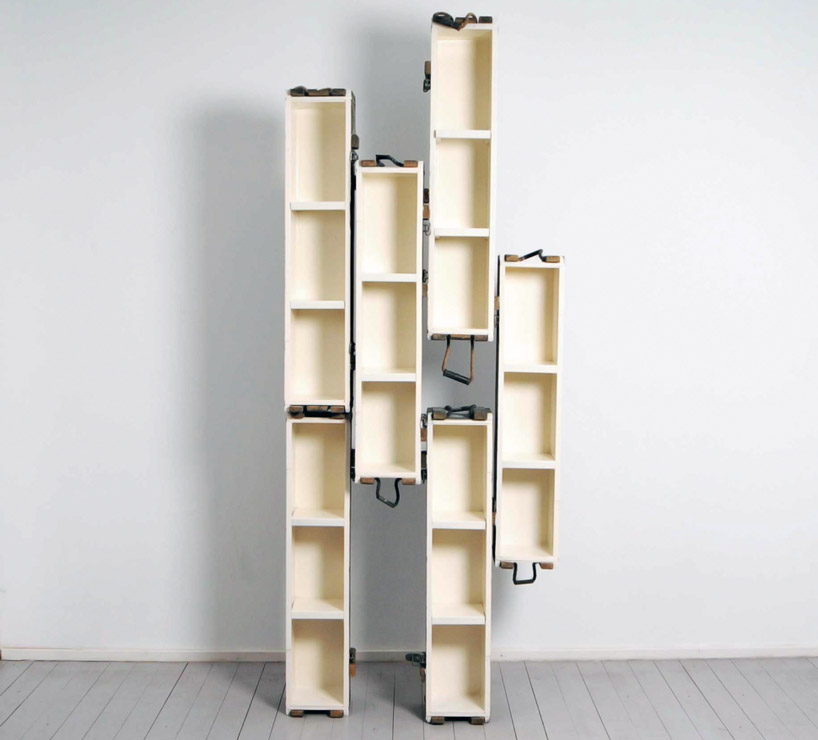 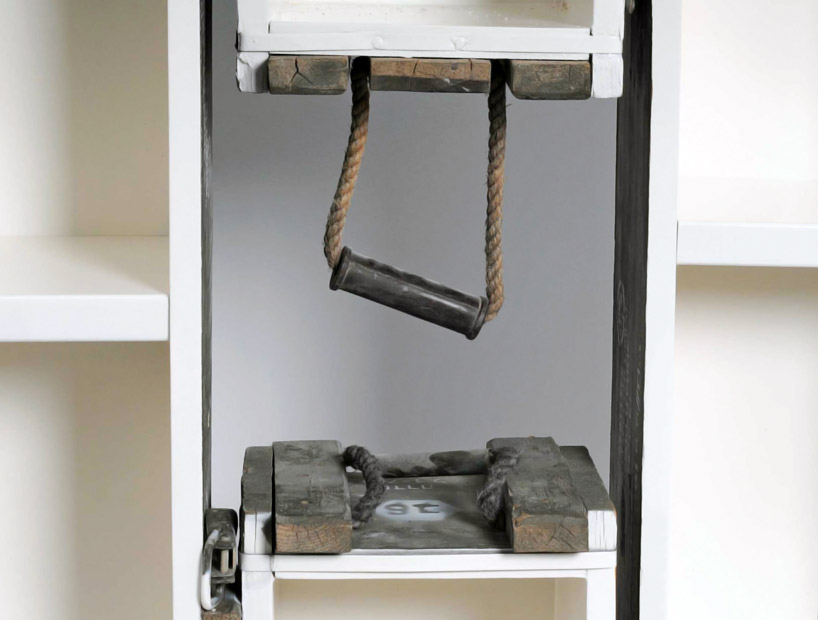 ‘the home becomes a ‘closed military zone’ that in its comfort can diminish the natural defense mechanism. this exhibition raises the questions of anxiety, home and sense of security, at times when soldiers and civilians play equal part in the confrontation. this could be the confrontation with our enemies or the confrontation within us, between our primal behaviors and the tamed ones.‘ 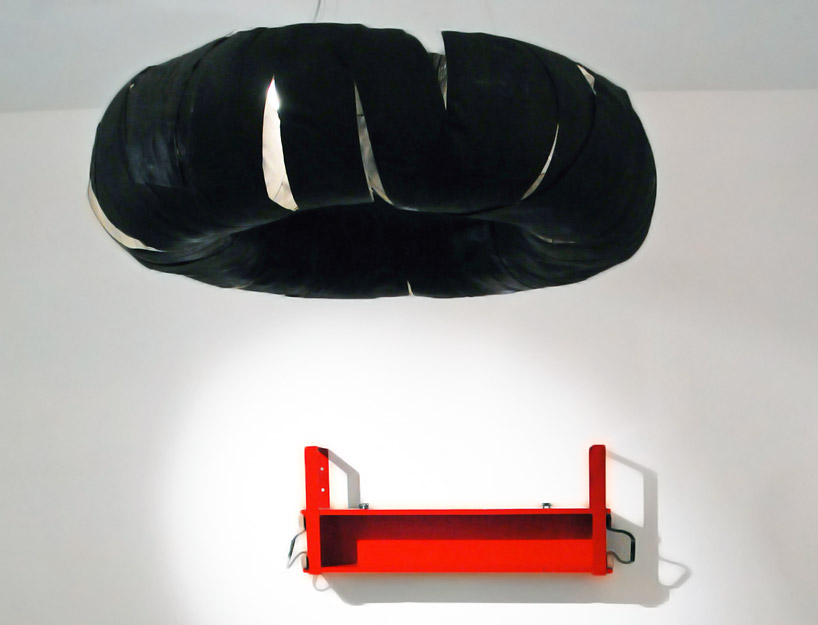 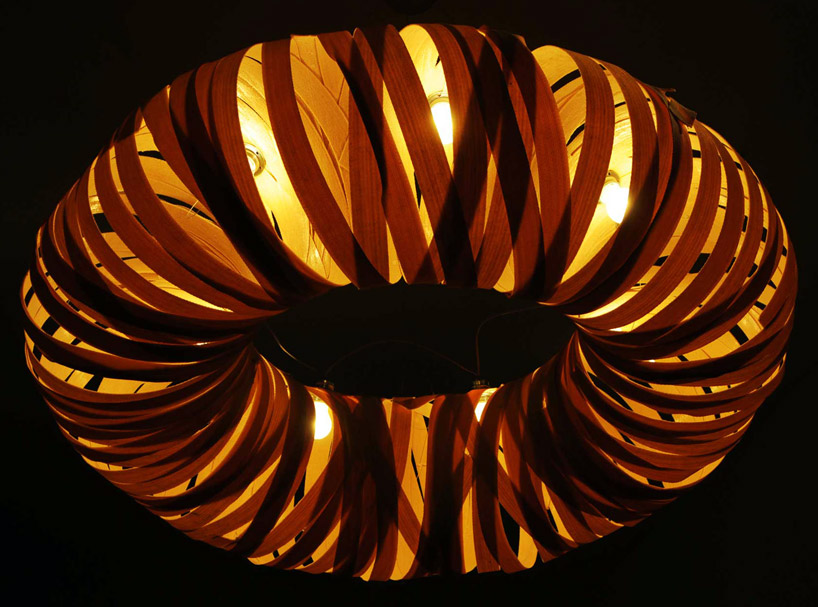 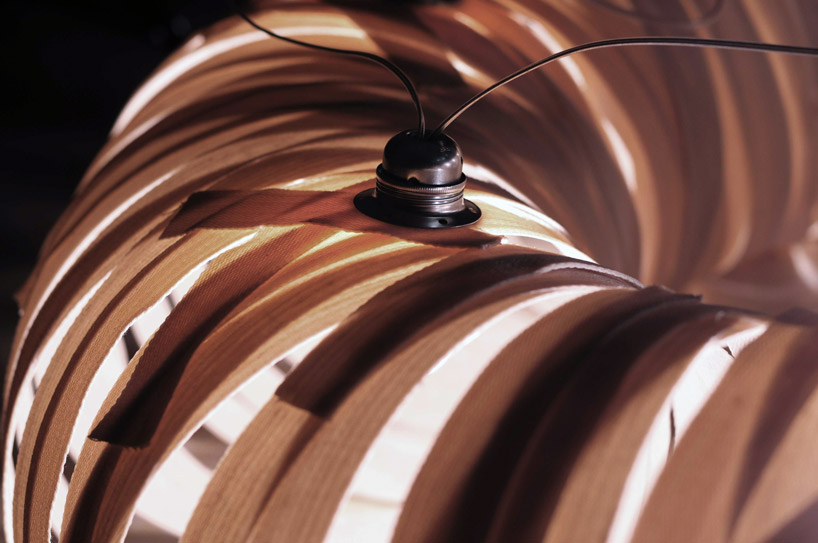 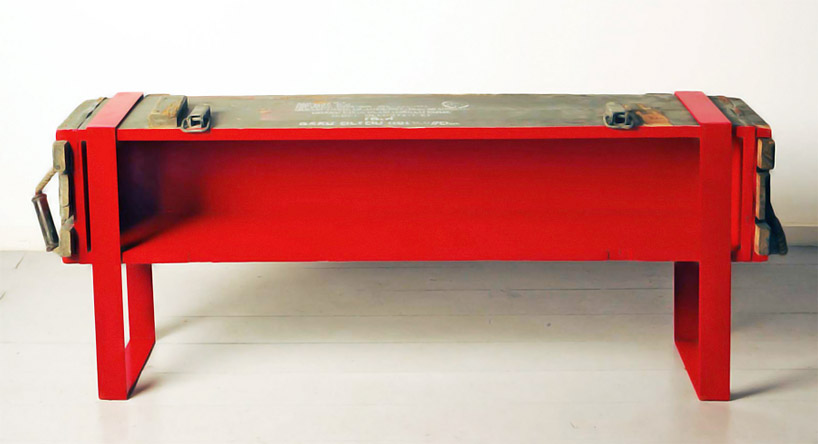 in the bookshelf series, tarazi uses the contrast in the polish and finish of the materials to highlight the difference between the flawless, artificial environments we often try to create for ourselves and the rough, unrefined world of reality. 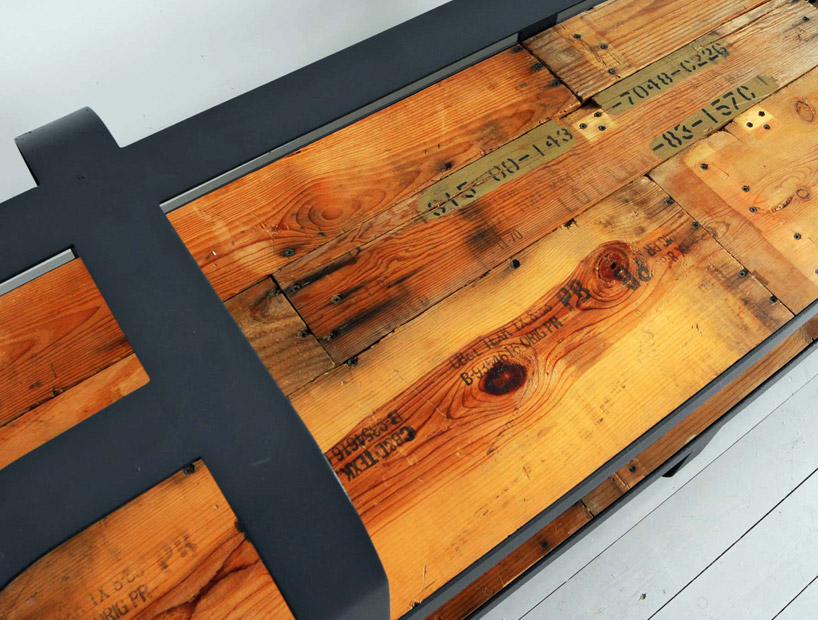 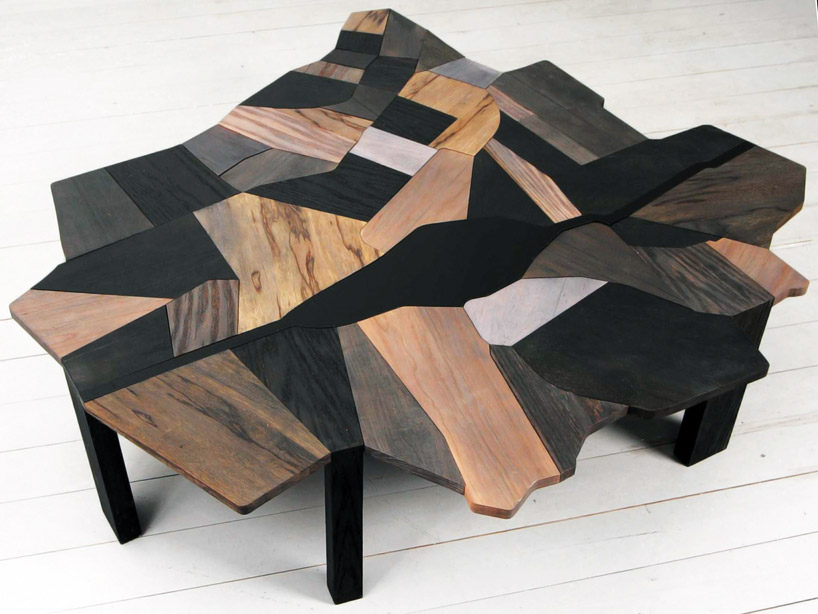 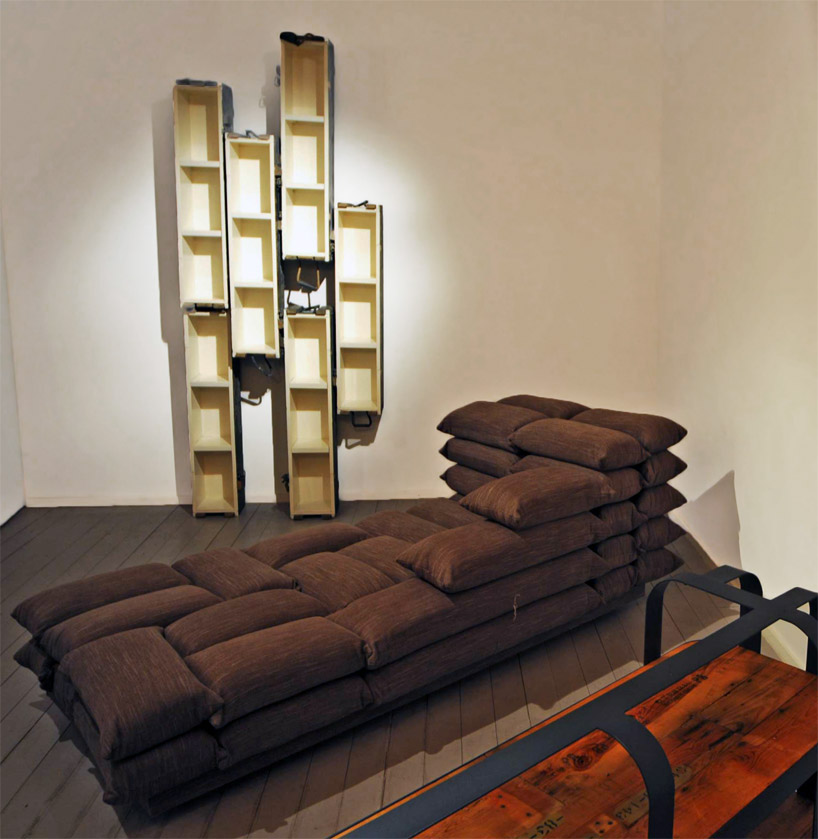 installation view of one of the rooms