milan-based designer fabio novembre has created an adaptive font for adidas. novembre was chosen by the sportswear giant to come up with a way of personalizing its new range of VRCT jackets.

adidas wanted to create a new dynamic and customizable patch that encourages wearers to show who they are. in response, novembre studio designed an adaptive font and custom-fitted patches that allow consumers to personalize their clothes with a specific value or significant word. 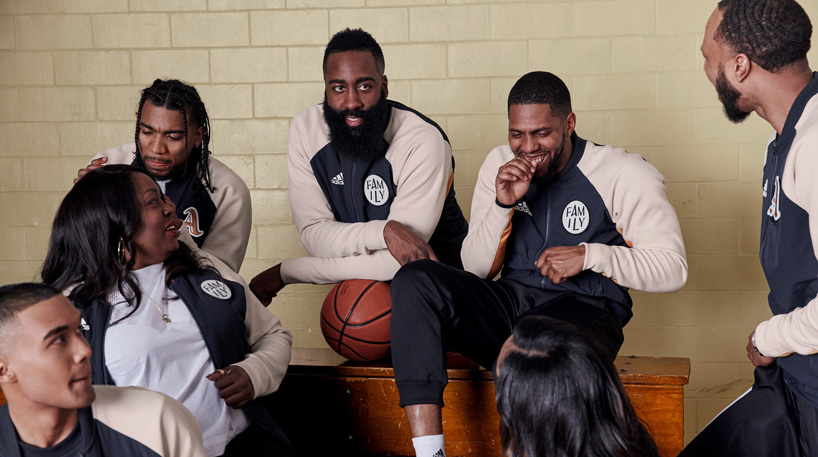 ‘the brief from the brand was to reinvent the classic collegiate sports jacket, born in the USA during the fifties, reworking on an iconic design of a classic bomber aesthetic with a sleek and contemporary touch, made for the modern landscape,’ novembre explains.

he studied a graphic font able to adapt to the rounded shape of the patches. there are twelve different widths that correspond to different weights — the larger the letter is the bigger its weight, a system that gives consistency and balance to the lettering. 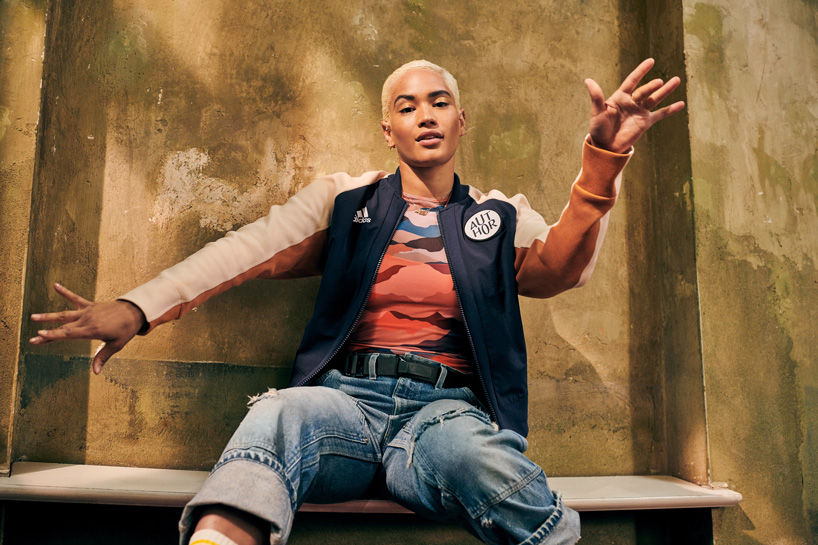 the word takes shape, blunting and twisting to remains well-proportioned and perfectly fitted into the rounded shape in a dynamic movement that is reminiscent of a sphere in motion. in the background of the patch, a drawn spiral focuses the attention of the viewer to the center.

‘the font takes inspiration from the style of the classical letters of the ‘50s not only linked to the world of sport but also to the culture of that time and, especially, to aviation.’ 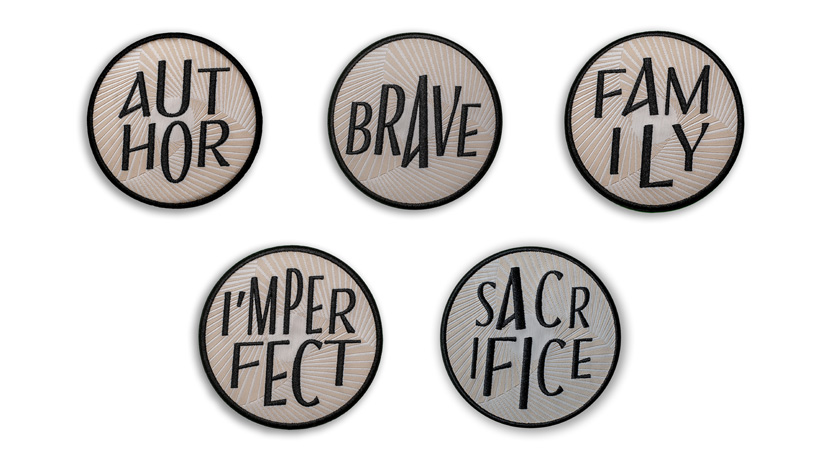 ‘these jackets had the peculiarity to have lots of patches on, making them super personalized. if you played a sport in the fifties, you probably couldn’t wait to get your letterman jacket and proudly strut the school hallways showing off the fashion that designated you as an athlete.’

collegiate jackets trace their origins to more than 150 years ago to letter sweaters, first introduced by the harvard university baseball team in 1865. originally worn by the student teams of many american universities, they used to represent school and team pride, as well as display students’ personal awards earned in athletics, academics or activities. 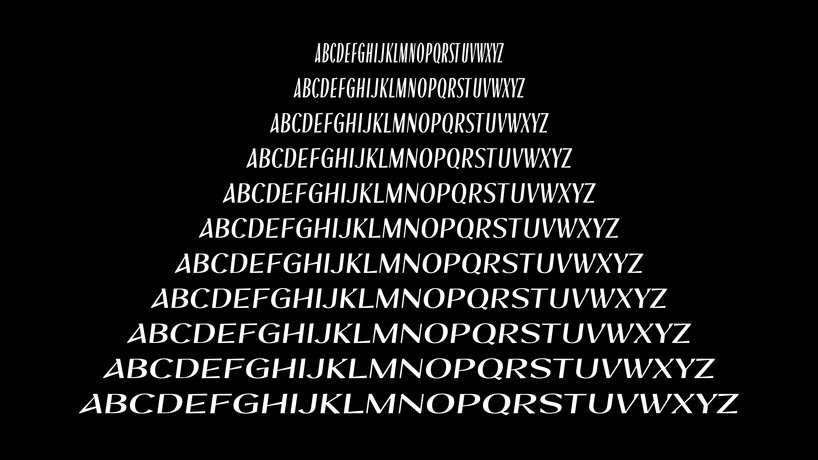 ‘every man, every athlete is a vector and acts like a force, bearer of a message with a huge audience,’ novembre adds. ‘the idea was to recreate into the patch a kind of storytelling looking back to the victories in college traditions into the battles happening in the present. everyone must be able to choose their own message to pin on the chest and wear it proudly, showing off a story.’

‘it was challenging to have the ability to collocate inside the patch any words people choose. upon that, the choice to create an adaptive font was necessary to be able to place all the letters inside.’ 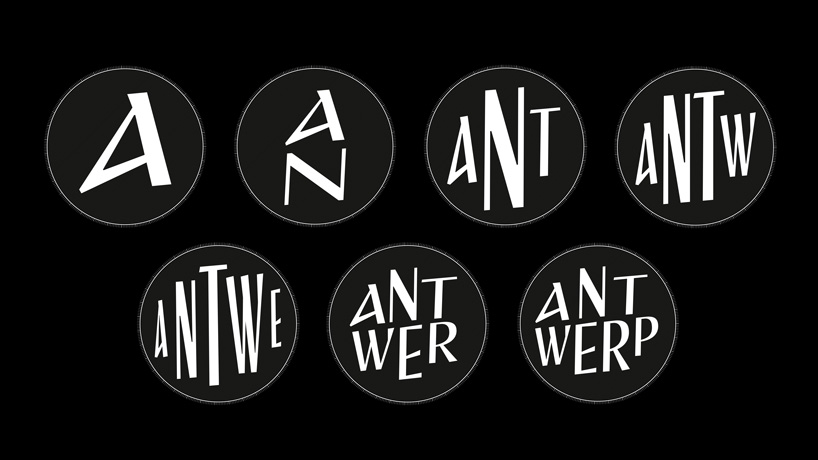 ‘the greatest thing was the opportunity to work with young and talented experts from a great visionary community, able to understand the project and its potential, as we did for the AC milan jersey shirt.’

in 2016, fabio novembre redesigned the AC milan jersey for adidas. the design was developed from an initial vision highlighting a special dripping graphic with bright red fading into black. 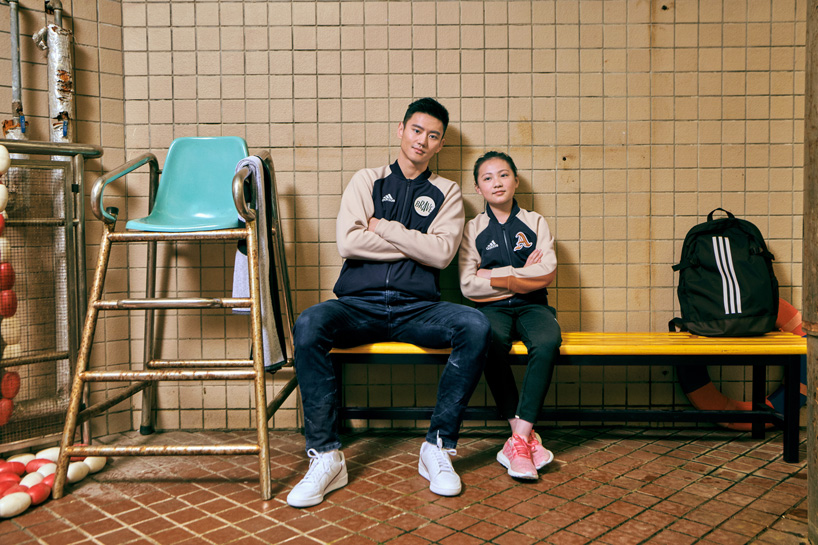 ‘another great opportunity was to work with the world’s leading athletes such as james harden, denise schindler, mette towley, paulo dybala, ning zetao and stefanos tsitipas and designing for them an ideal they do believe.’

each promoter has chosen a representative word for each patch, emphasizing the great message of how staying true to themselves and be proud of their individuality has played an important role in their success. you can see the series of messages in the video above. 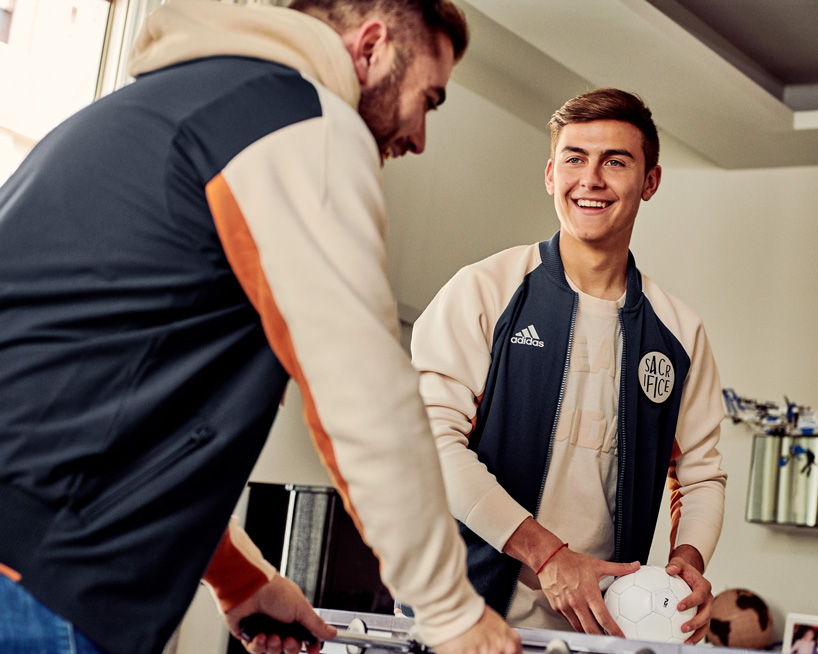