working together with tai ping, the leading manufacturer of custom handmade and woven carpets, fabrica‘s designers reinterpret traditional carpet design to craft unexpected narrative objects. from the rural chinese origins of the company to this parisian exhibition presented during designers days in paris, the works are influenced by natural elements such as raindrops, curtains and fallen trees. nine unique pieces are conceived as furniture pieces, shelter and illustrations – folded, rolled and suspended as imaginative extensions of what the carpet can become. altogether, the installations pay homage to the diversity of tai ping’s craft, interwoven with the creative spirit led by design director sam baron. residents dean brown, catarina carreiras, valentina carretta, mariana fernandes, charlotte juillard, david raffoul, ryu yamamoto and giorgia zanellato, dream up the rug of tomorrow, leaving behind the customary horizontally-placed typology. 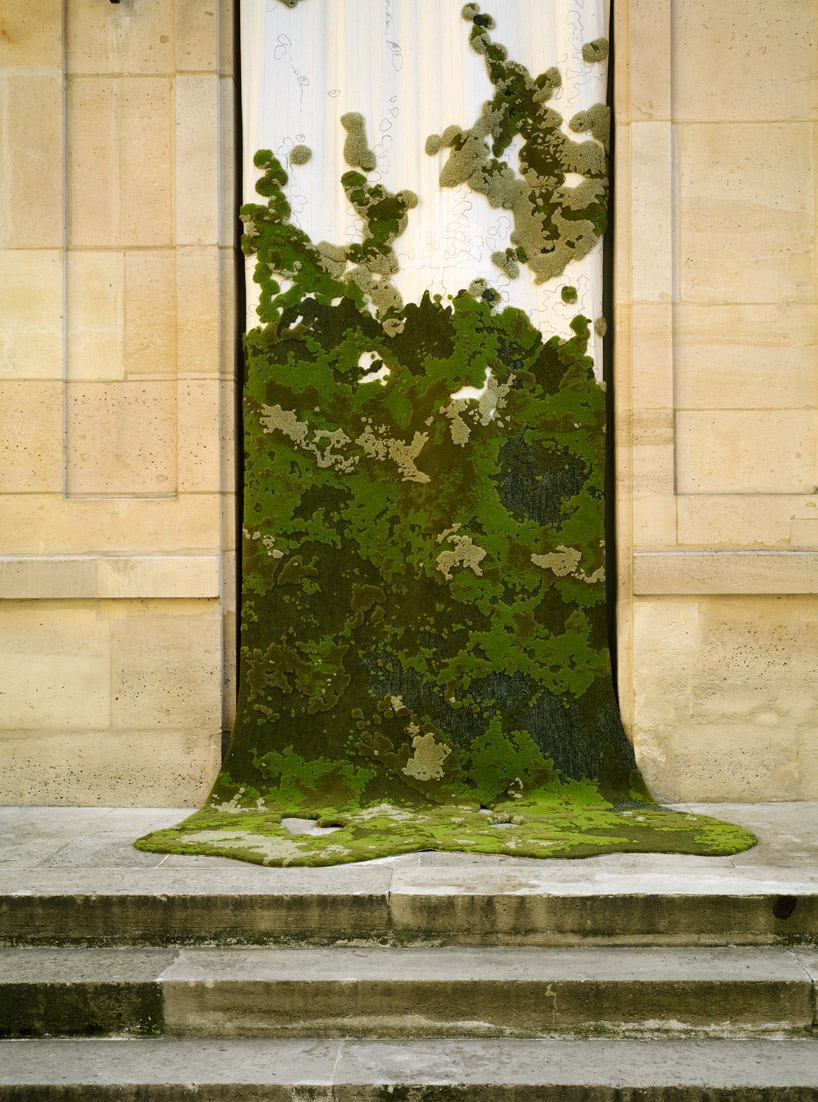 the team visited the tai ping factory in nanhai to work hand in hand with the artisans to understand the celebrated craftsmanship and process. ‘the work of the nanhai artisans often flirts with delirium, as each designer’s sketch represents a challenge which often borders on design madness,’ says sam baron. ‘but nothing is impossible at tai ping. no design, no curve, no colour, no seam resists the creative potential and the savoir-faire of the artisans of this extraordinary factory. when we went to work at the nanhai factory, we were surprised to see that in the first stage of the manufacturing process the rugs are hung up vertically. this inspired the creation of my rug-curtain concept,’ adds baron. ‘the vertical position is used by the artisans to create the imagined design, and with the hand-tufting guns, they begin working to bring the design to life.’ 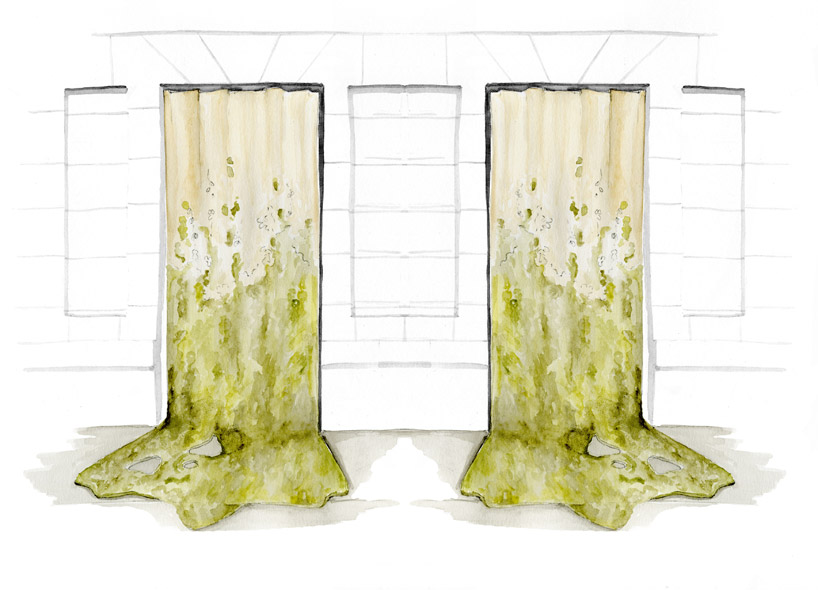 in perfect harmony with the stone building and its garden, his rug rises up the length of the windows like the growth of ivy and then skirts along the floor, adopting the usual horizontal rug position. 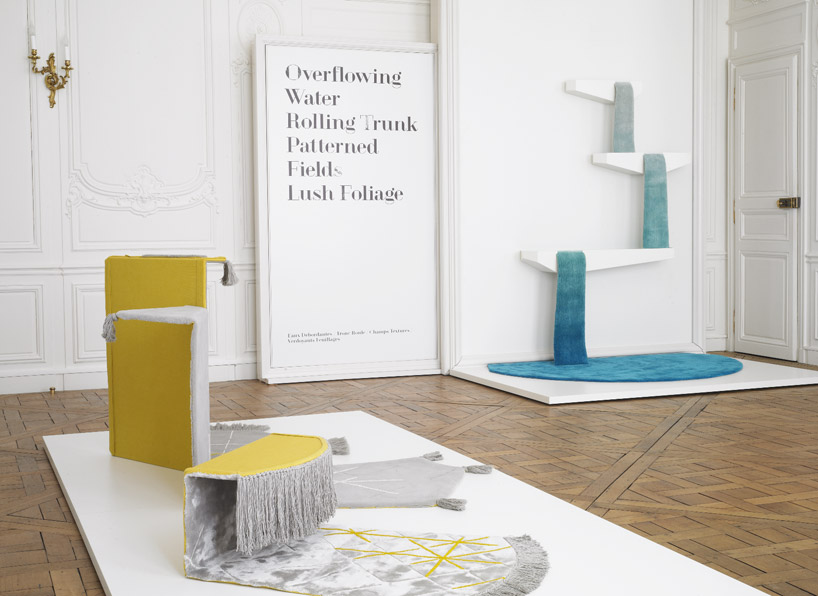 the concept features flat surfaces that fold, rise and reform to create three shelves of different levels and represents an invitation to slow down and relax. 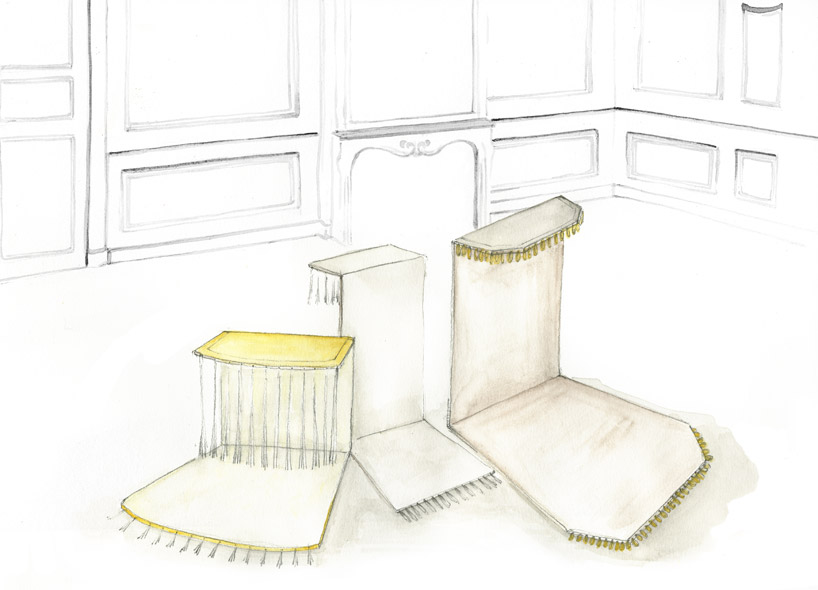 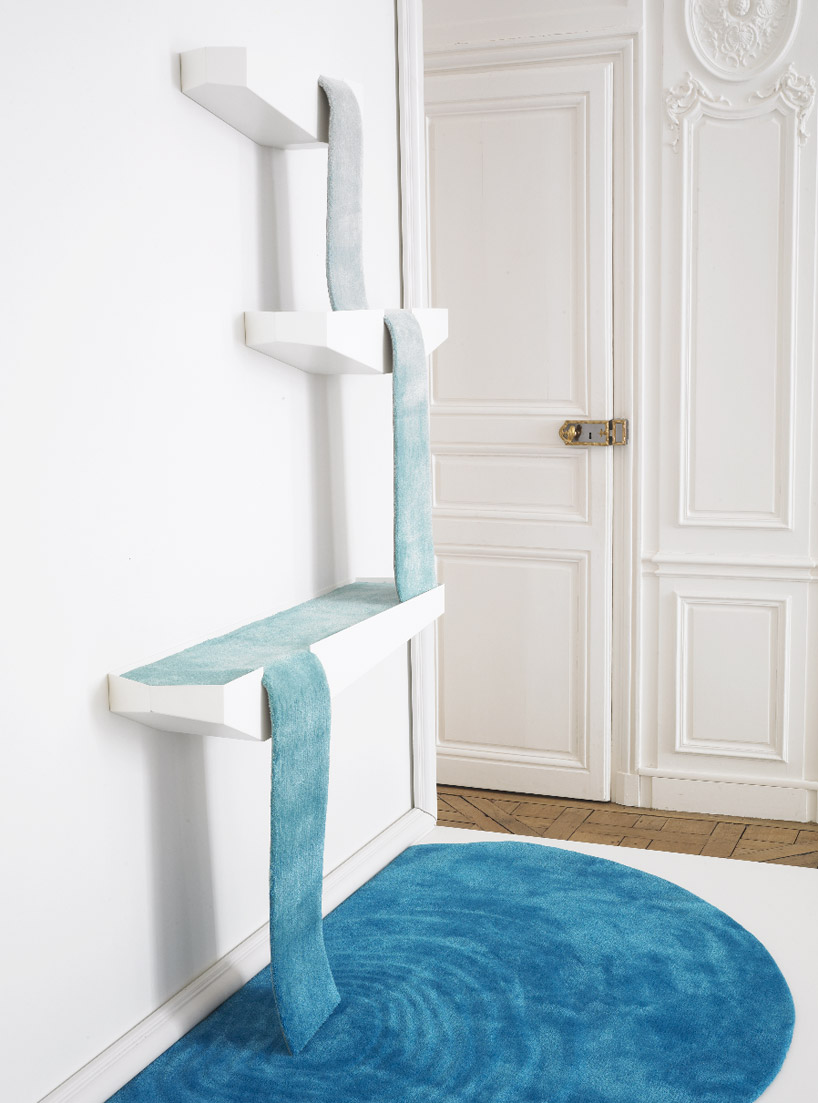 the creation is a waterfall with a series of wall-mounted containers, falling fluidly from one to the next, eventually pouring onto the floor and rippling into a deep pool. 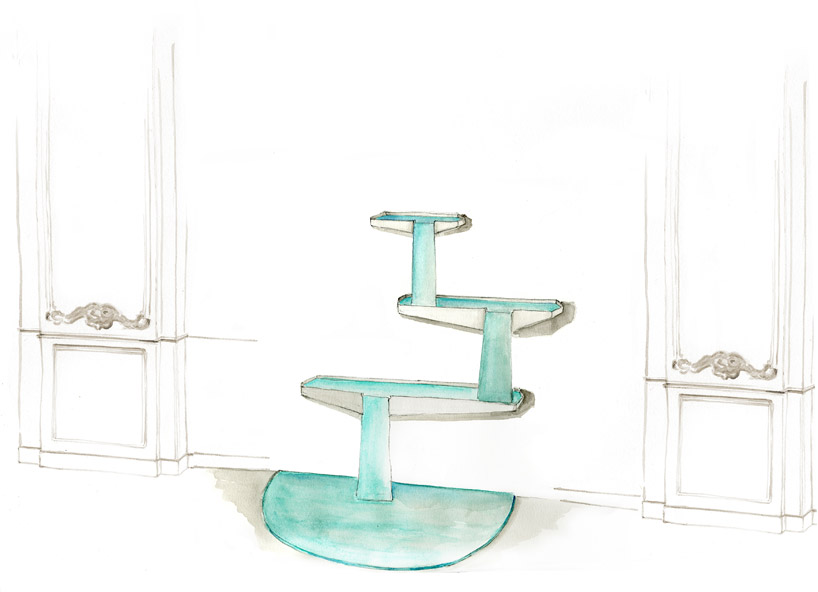 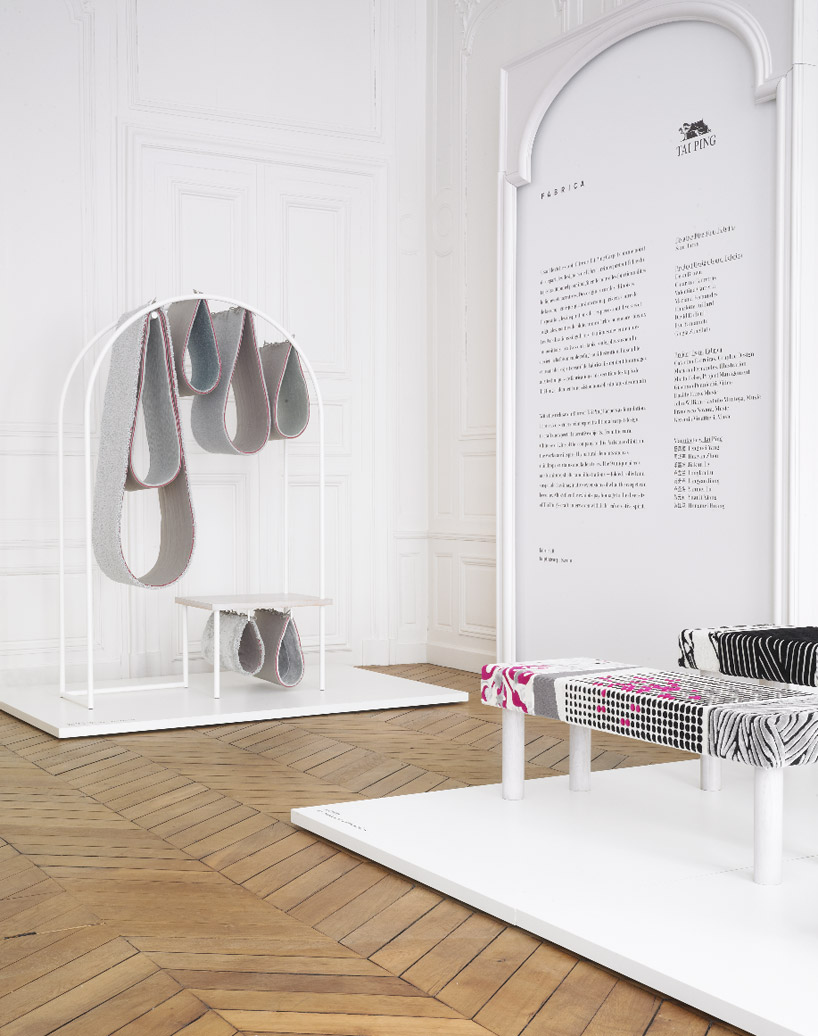 influenced by the rustic benches made by tai ping’s chinese artisans, the benches by mariana fernandes invites users to explore the carpet-finished seating. to the left, an arched, raindrop-shaped piece by giorgia zanellato acts as precious space for storage. 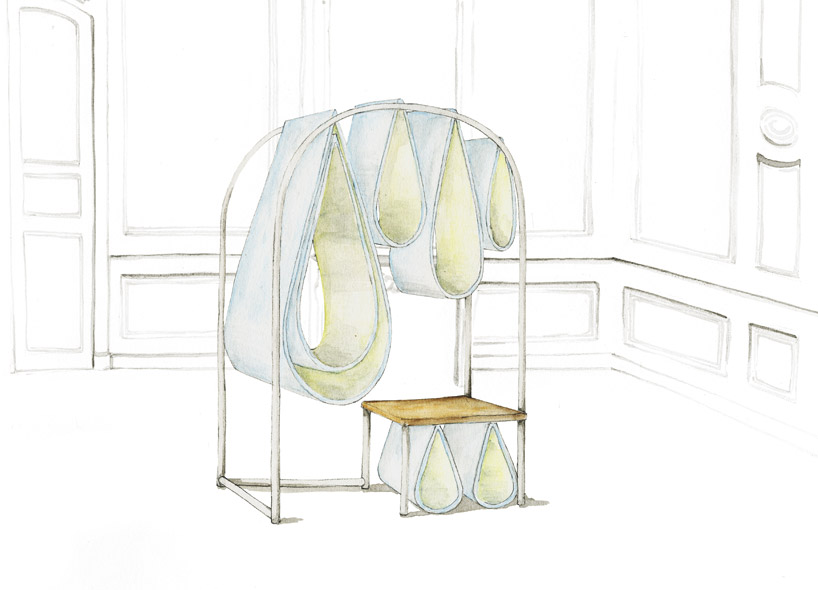 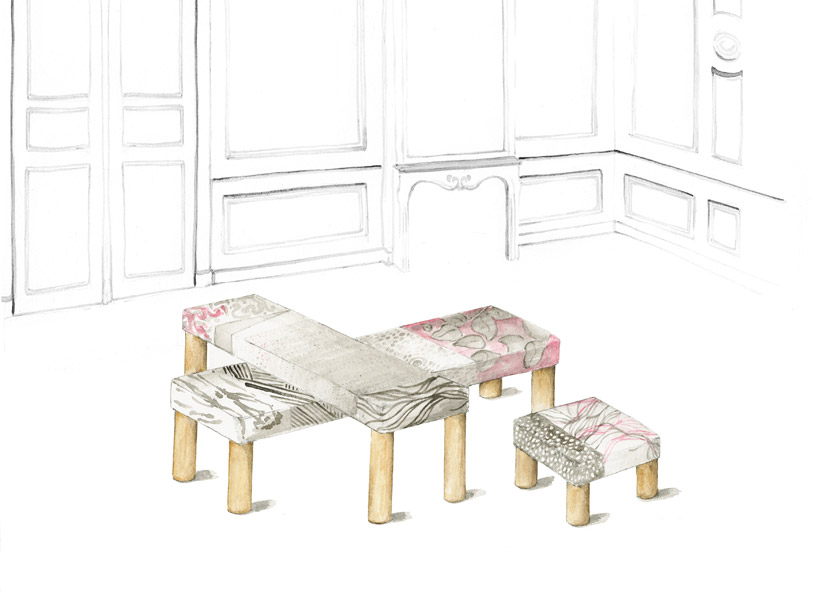 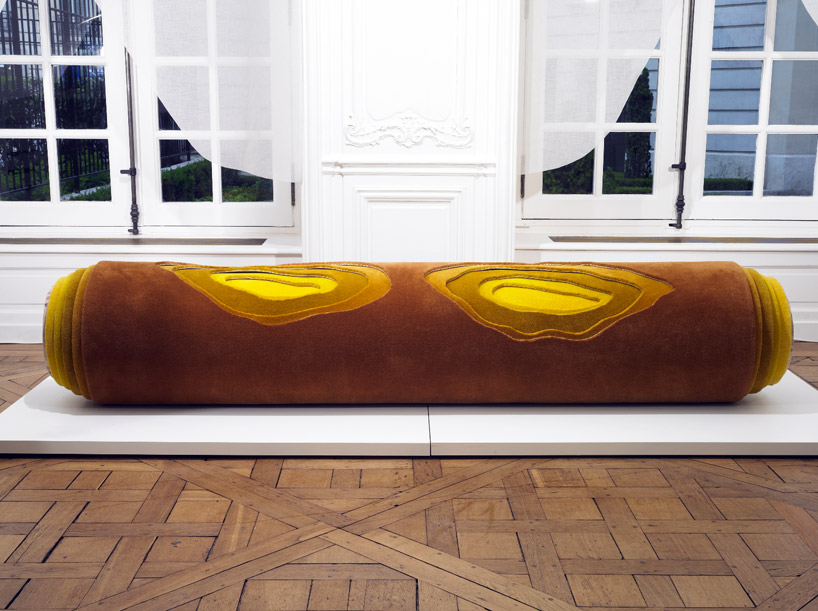 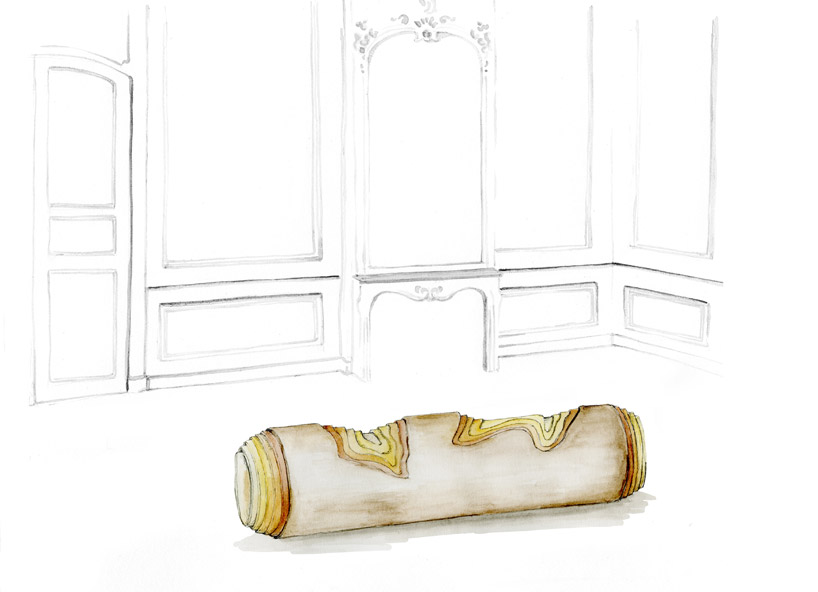 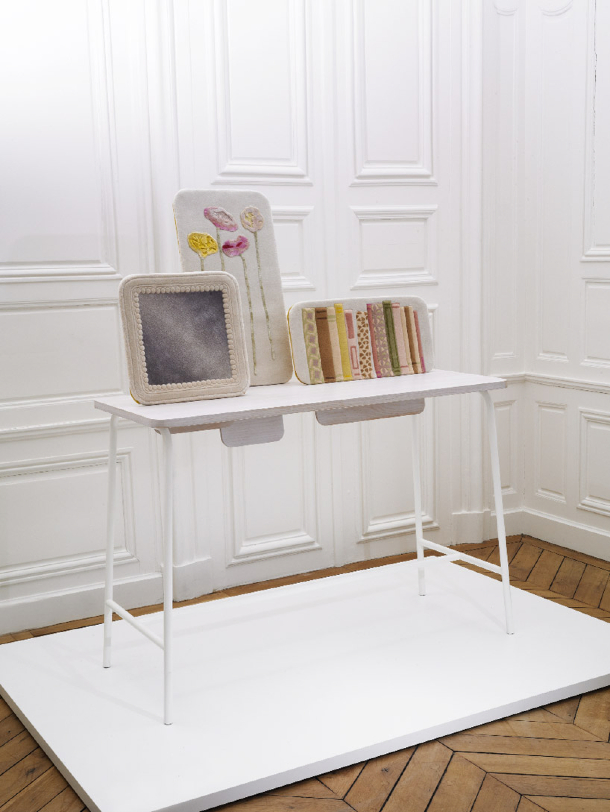 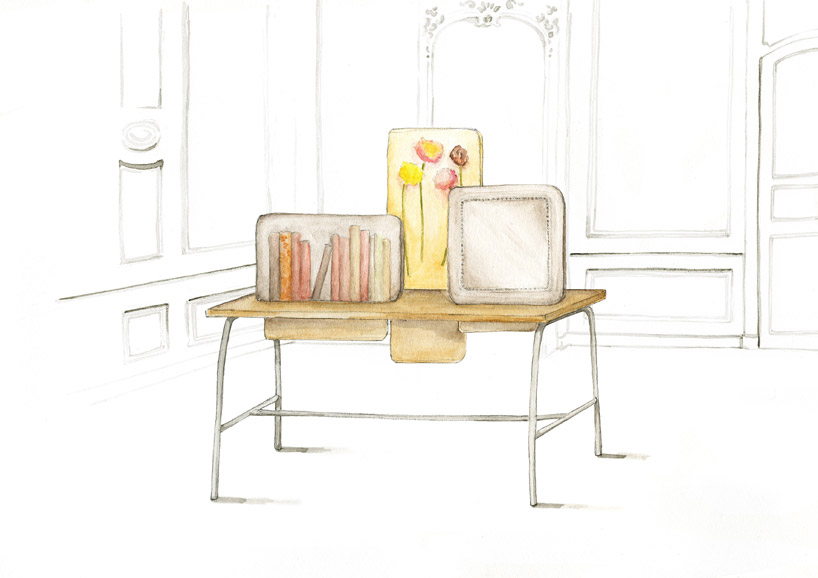 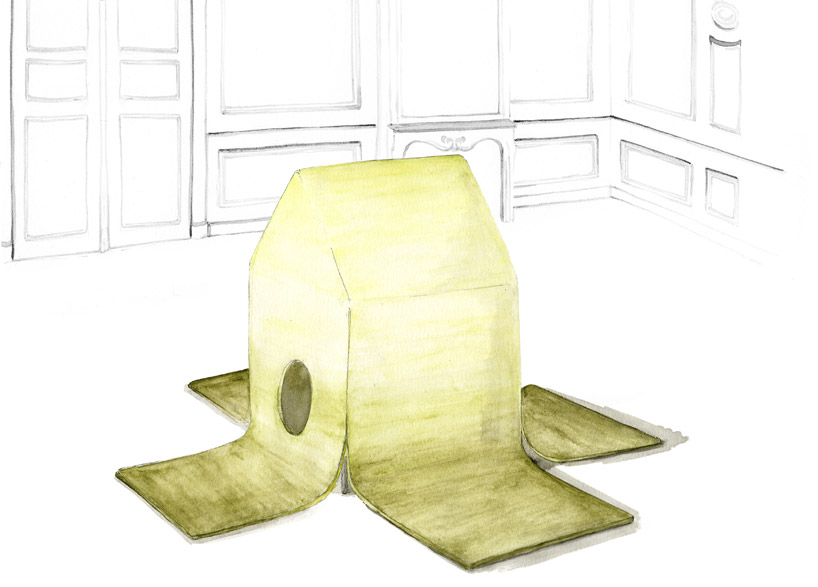 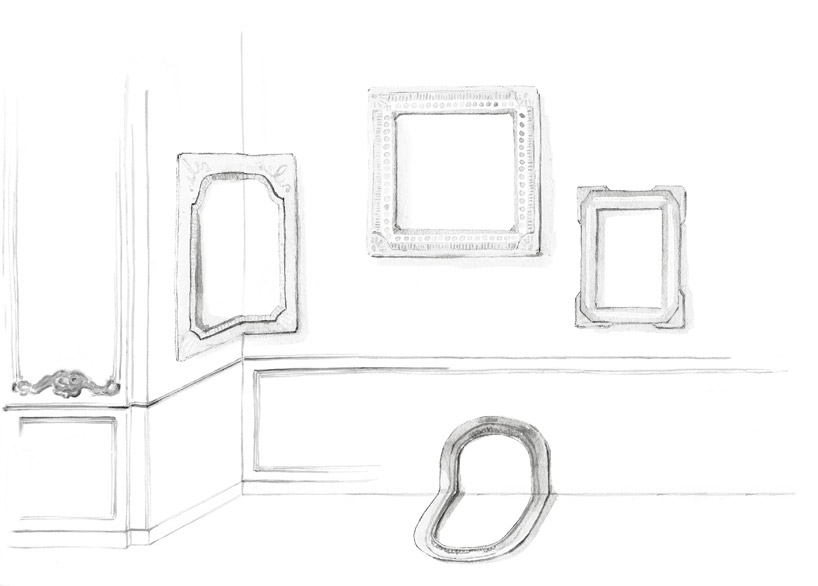