on occasion of international fetal alcohol spectrum disorders day, the european FASD alliance has revealed their ‘too young to drink‘ campaign, conceived by fabrica to raise awareness of the risks of drinking alcohol during pregnancy. the communication crusade aims to bring to light the range of potential problems caused by prenatal exposure to alcohol which can include birth defects, learning disorders, behavioral problems and mental illness.

the visuals are dramatic and intentionally alarming: the image of a real newborn baby is trapped within a bottle of an alcohol, immersed in beer, wine, rum, vodka, whiskey and brandy. an accompanying video and a short backstage film shows the parents of this baby and their reasons for supporting the campaign, each one symbolically representing an area of the world.

studies in the united states reveal that about 1% of children are affected by FASD; in europe show at least 2%; even higher numbers are evident in parts in south africa. ‘as the adoptive mother of three children with FASD, I see the daily struggles they face in school and in their social relations. I am working to prevent this ever happening to another child’, says diane black, chair of the european FASD alliance. 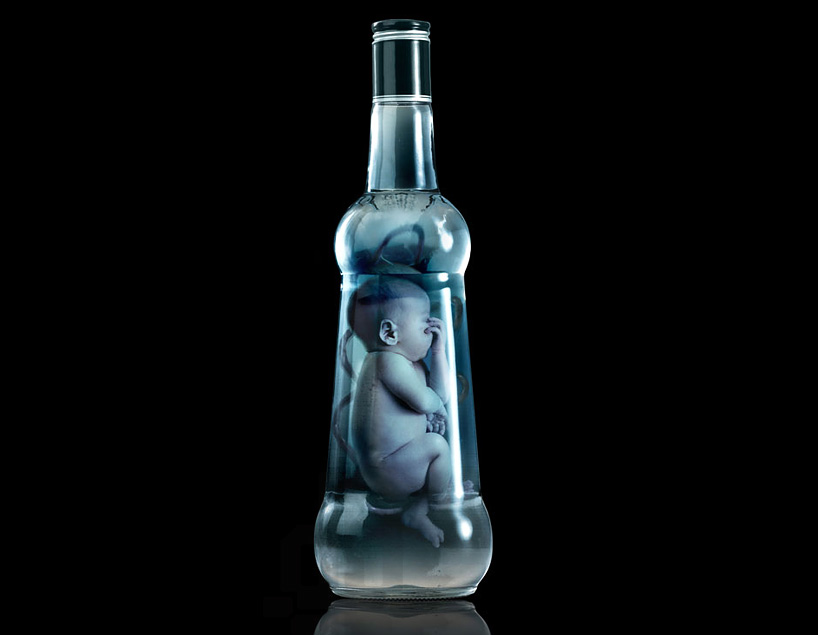 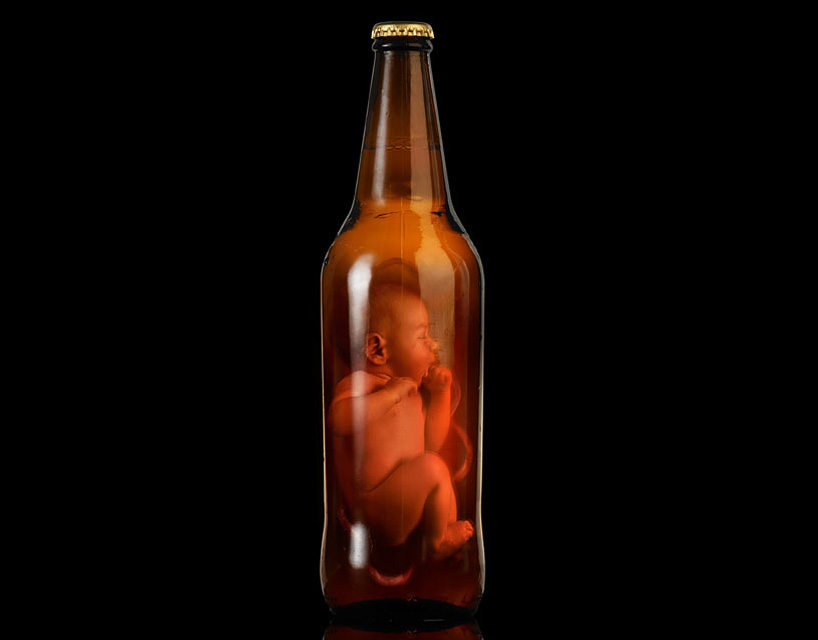 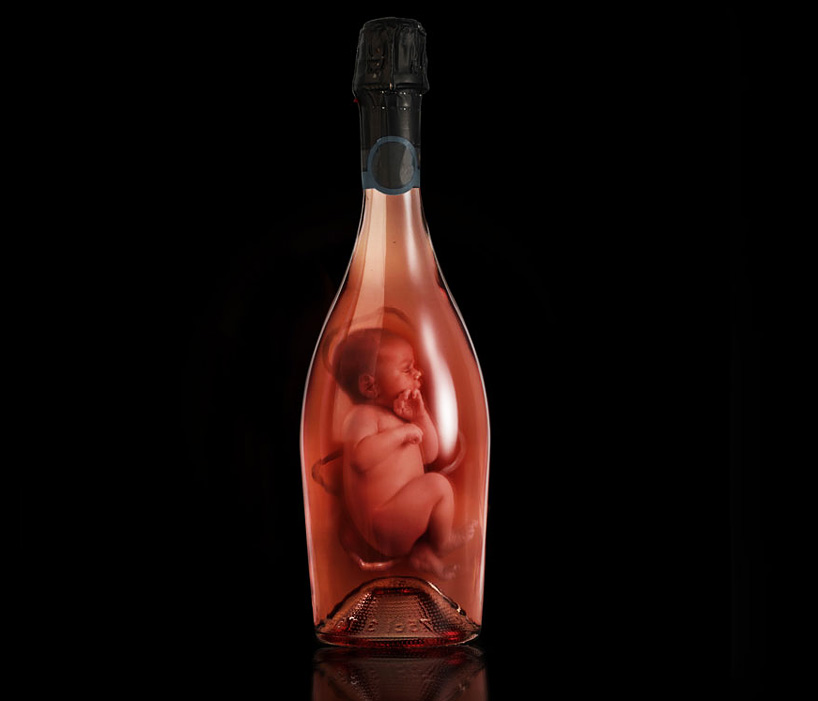 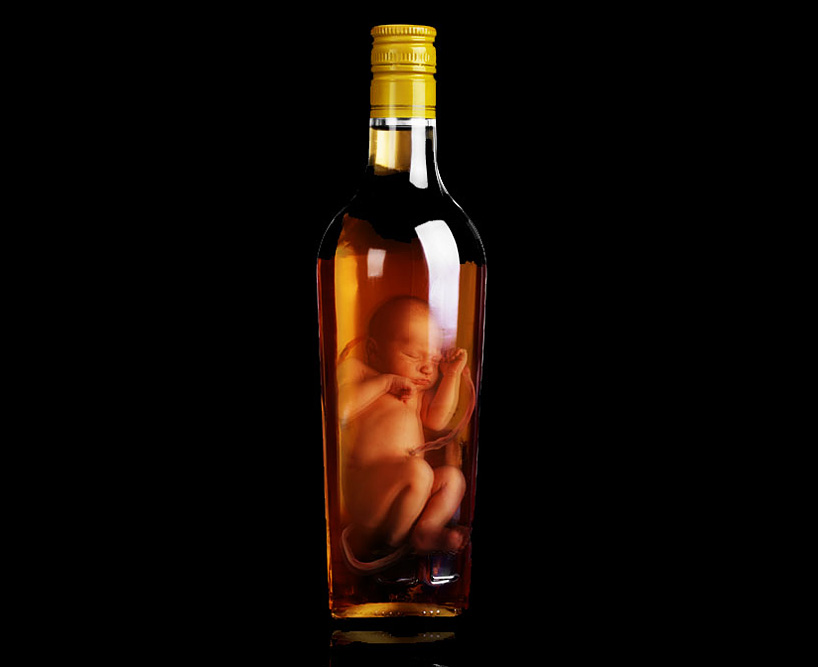 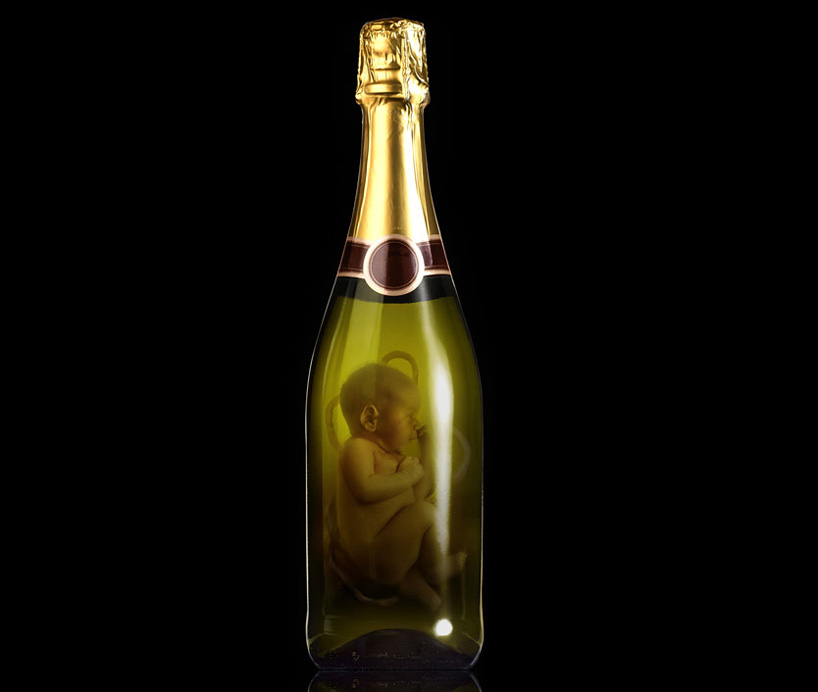