spanish designer fernando salas has recently finished work on the interior design of the newly renovated el molino theater in barcelona. with over 100 years to its name, the theater has now become a cultural institution and sentimental place for its citizens. however the new structure’s feel takes a step away from the expected retro and embraces futurist design with many state-of-the-art technical and lighting choices that act together almost as if the building were its own performance.

the lighting comes first. the theater has the ability to personalize its aesthetics, define spatial lines and create ambient moods through various different application of leds into the walls and facades. the main stage has no decoration and is illuminated through diverse formulas of the surrounding lights. the entire hall works to reflect what is being presented on stage with backlighting elements for chromatic control and a strong sense of light for spatial usage in service to each show. while the main lobby still holds its original woodwork facade and stained glass fixtures. 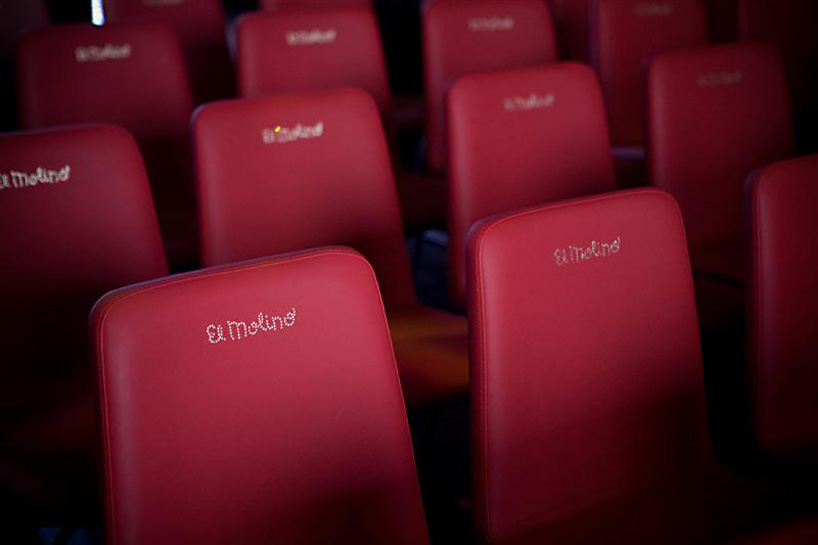 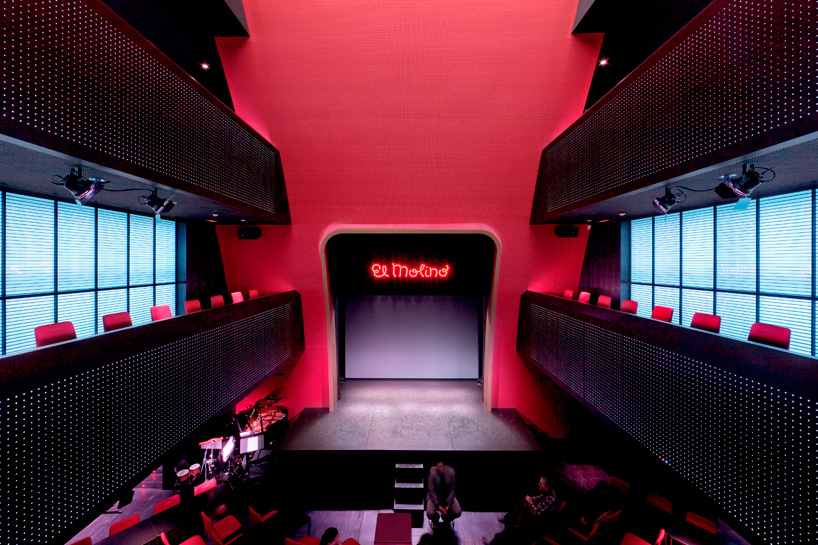 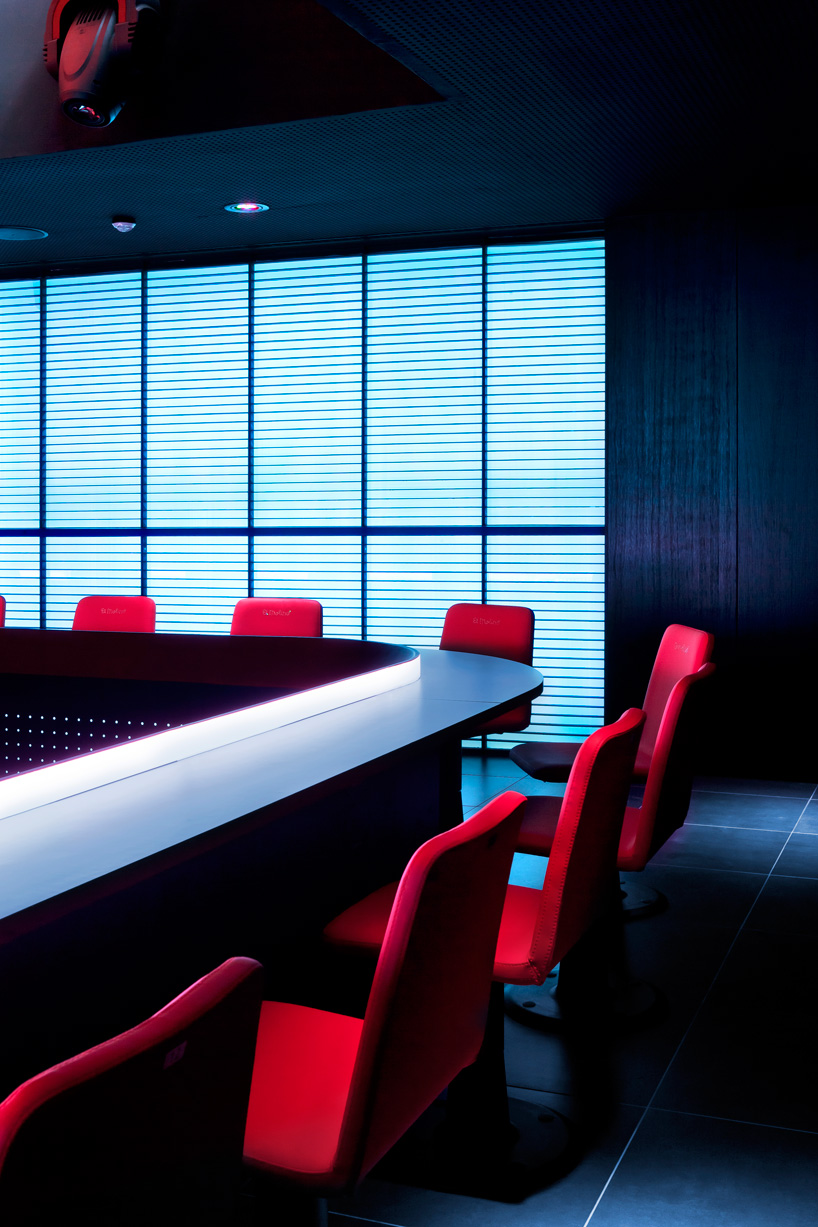 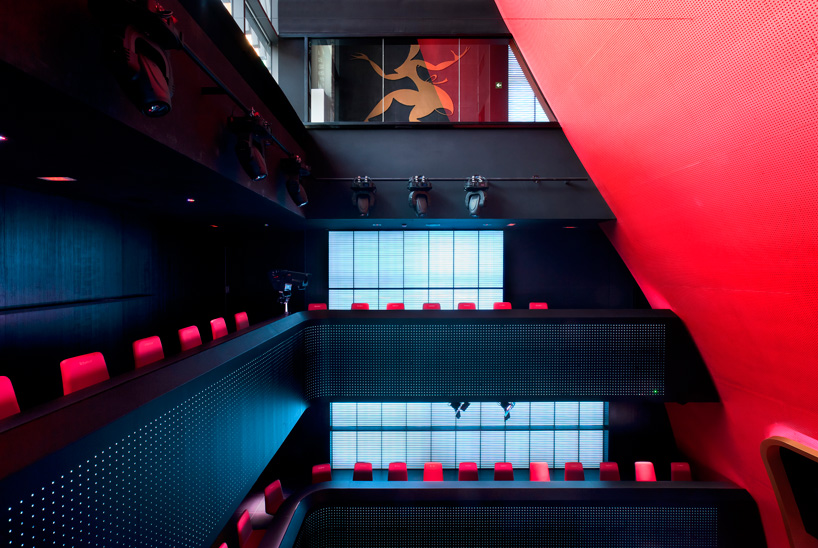 located in the third floor and independent of the main hall, the golden bar looks out over the audience image © rafael vargas 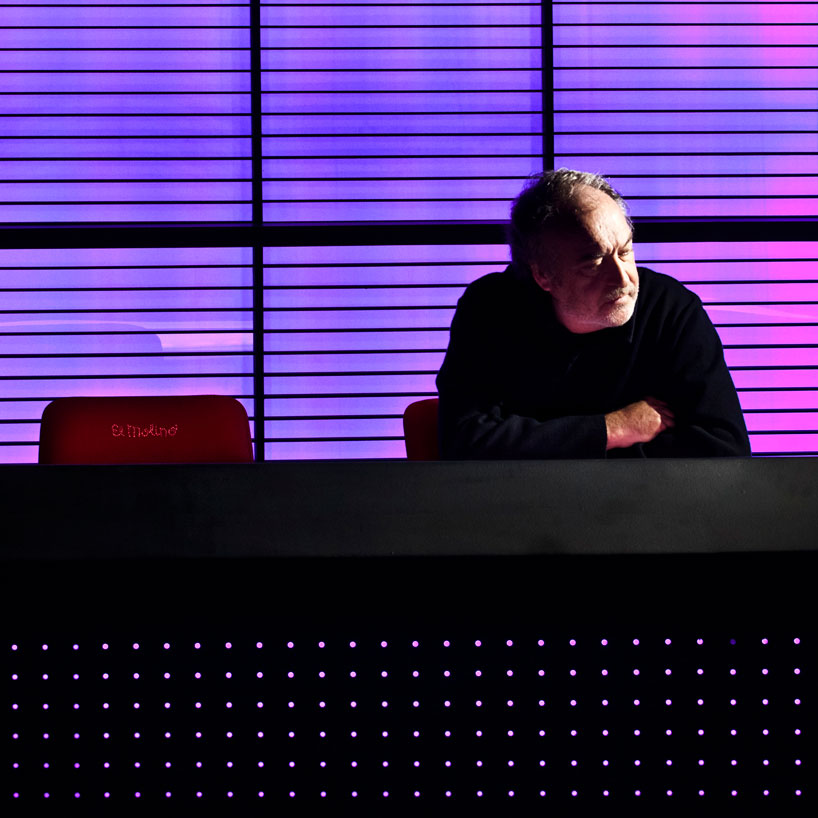 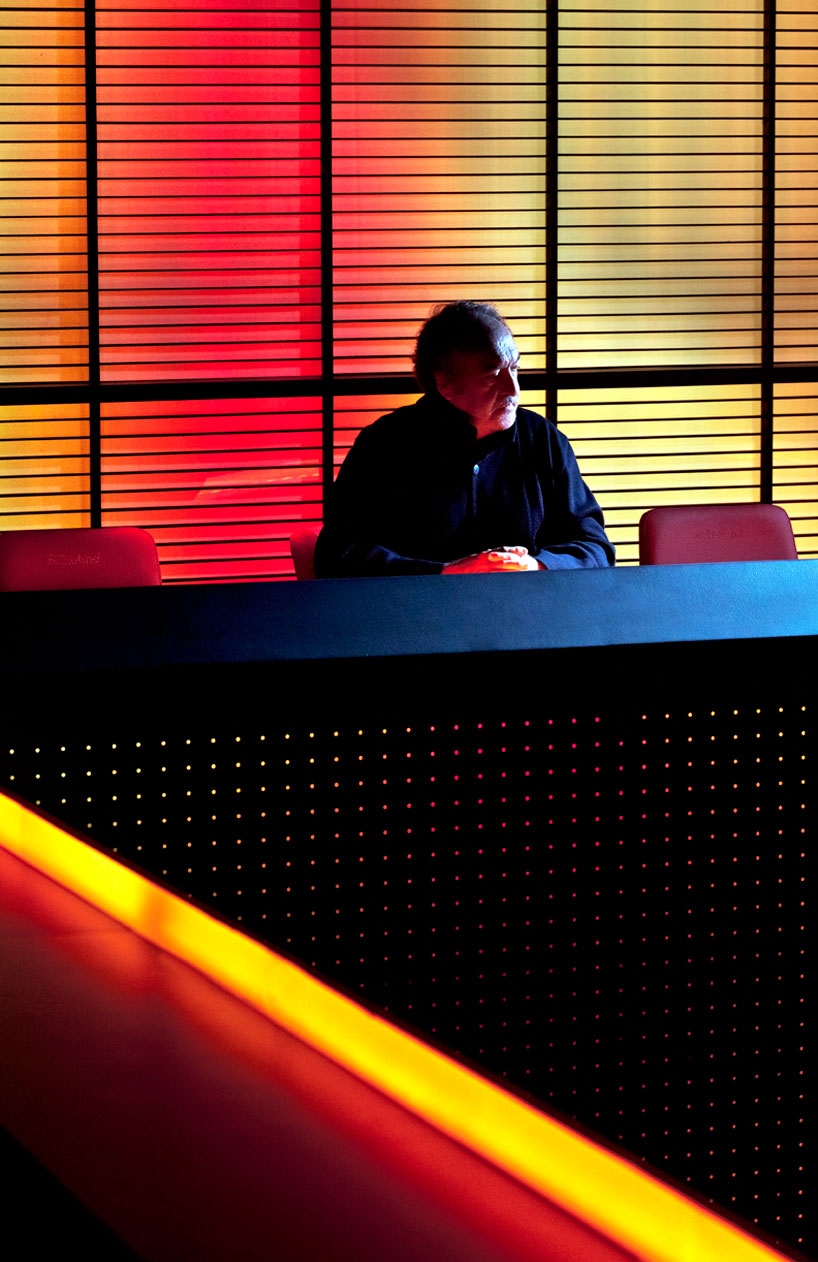 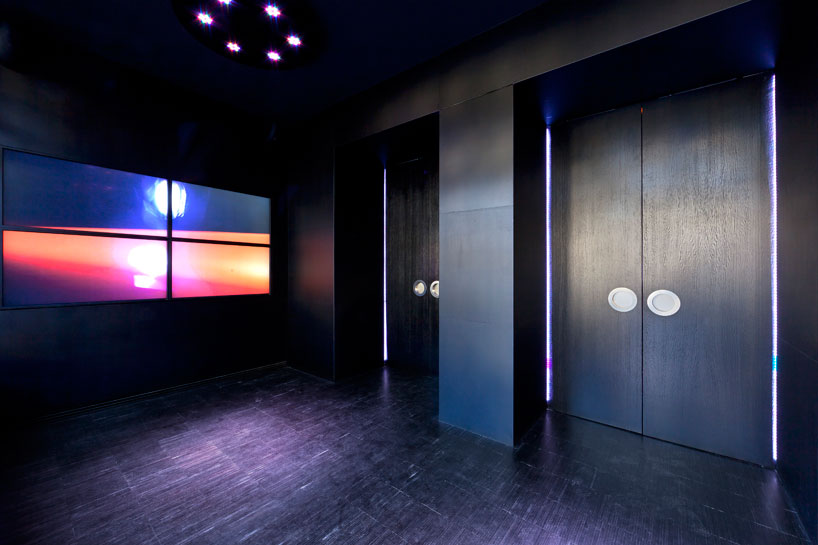 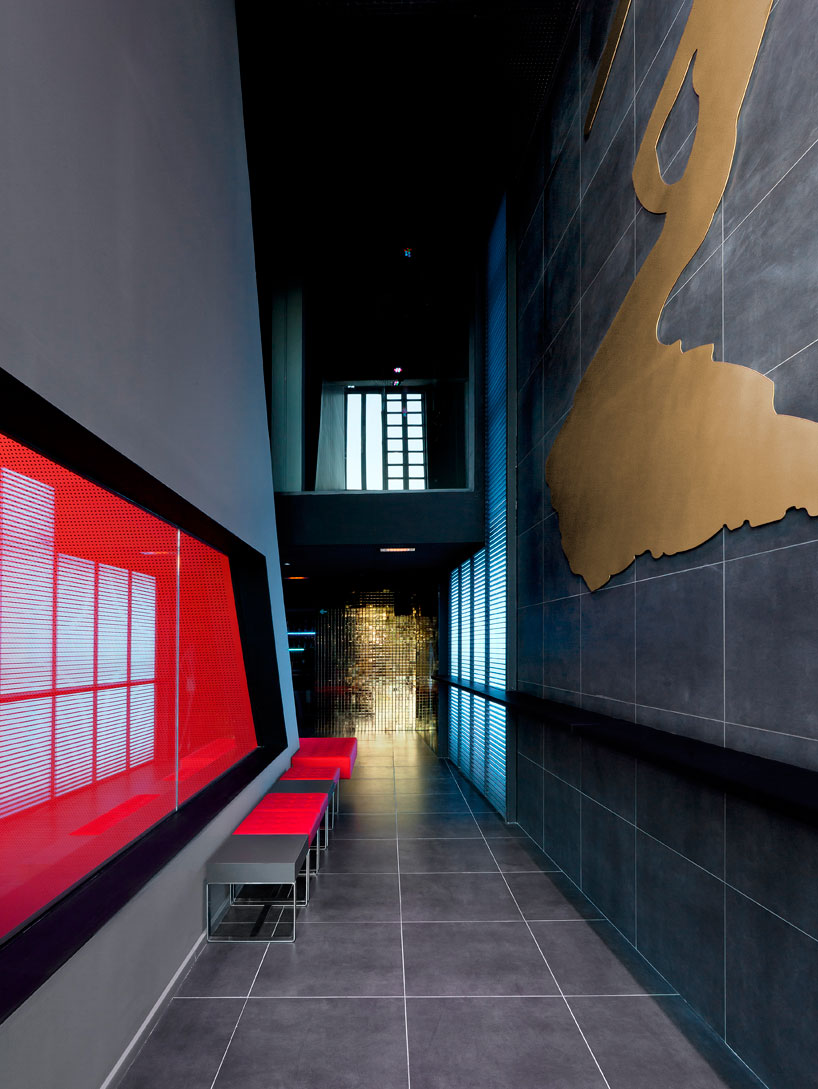 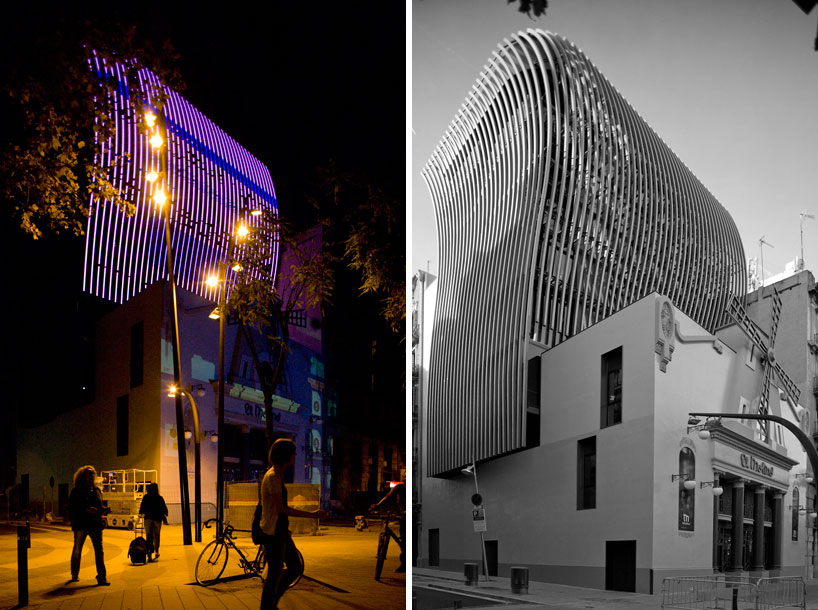