‘per fare un albero’ (create a tree), is a cooperative between the city of milan, fiat, and designer fabio novembre. the installation sees 20 fiberglass fiat 500 C replicas become planters for different types of trees, which run along the luxurious via montenapoleone, demonstrating the city and car company’s commitment to making our urban areas more liveable. the public artwork is on display until september 30th, 2009.

‘I believe that trees are our real guardian angels, not supernatural beings with wings, but dependable, lifelong companions  producing oxygen. spending almost more of our time in motorcars rather than at home is a result of our restless mobility. trees and motorcars, which increasingly compete with each other for space in our urban landscape, have merged into one single object to become the symbol of a new lifestyle.’ – fabio novembre 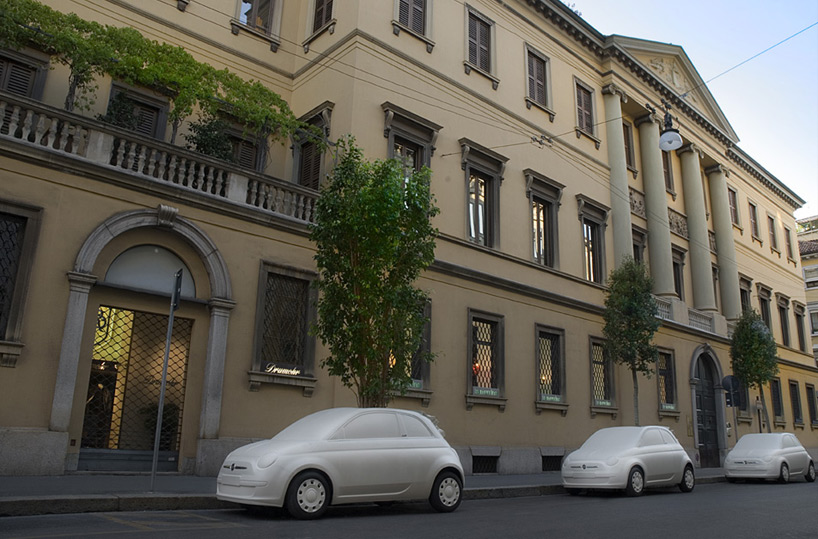 view of ‘per fare un albero’ along milan’s via montenapoleone 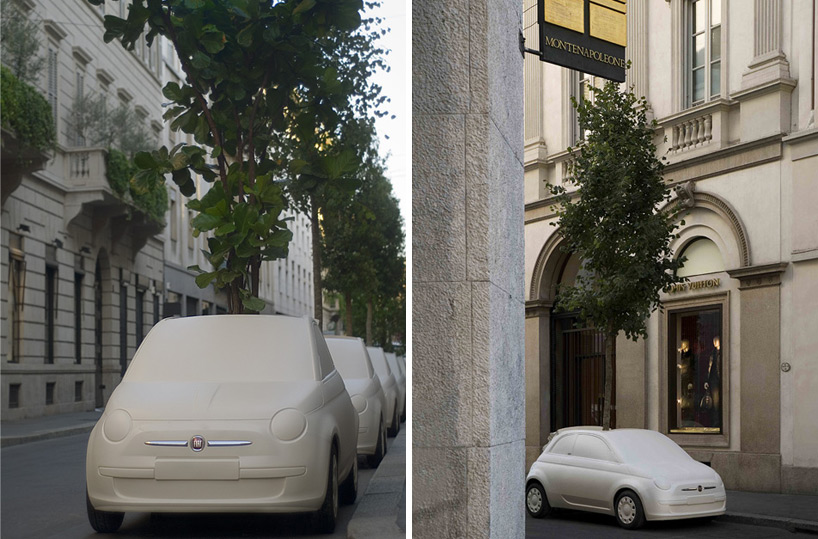 see designs from the design competition ‘fiat 500 wants you’ organized by fiat and designboom in 2007.