exaggerating the curve of the bottle with an unconventional concave form that gives it a light, tiptoeing footprint.
Read more at http://www.wallpaper.com/design/zaha-hadid-designs-a-bottle-for-austrian-winemaker-leo-hillinger/6831#Uke4eAZtwwMX1HPc.99

icon hill is an exceptional red wine cuvee of 2009 vintage, produced by the renowned austrian winemaker leo hillinger in a limited edition of 999 bottles that have been designed by zaha hadid architects to reflect the wine’s bold and distinctive character. 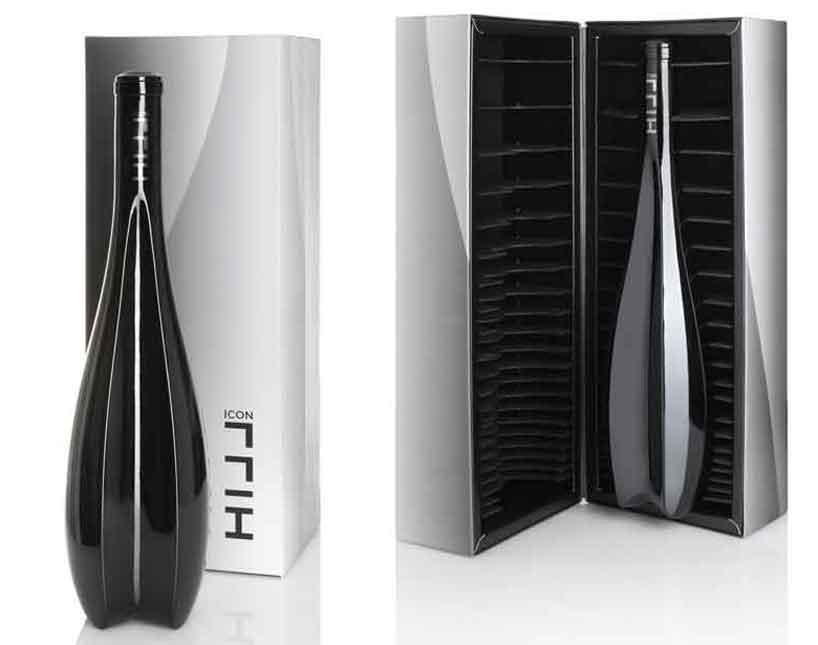 to achieve the precision and accuracy required for production, the shape of the bottle was created using NURB-based CAD software. The bottle manufacturer directly implemented this 3D master geometry to produce the cast iron moulds for the glass forming process. 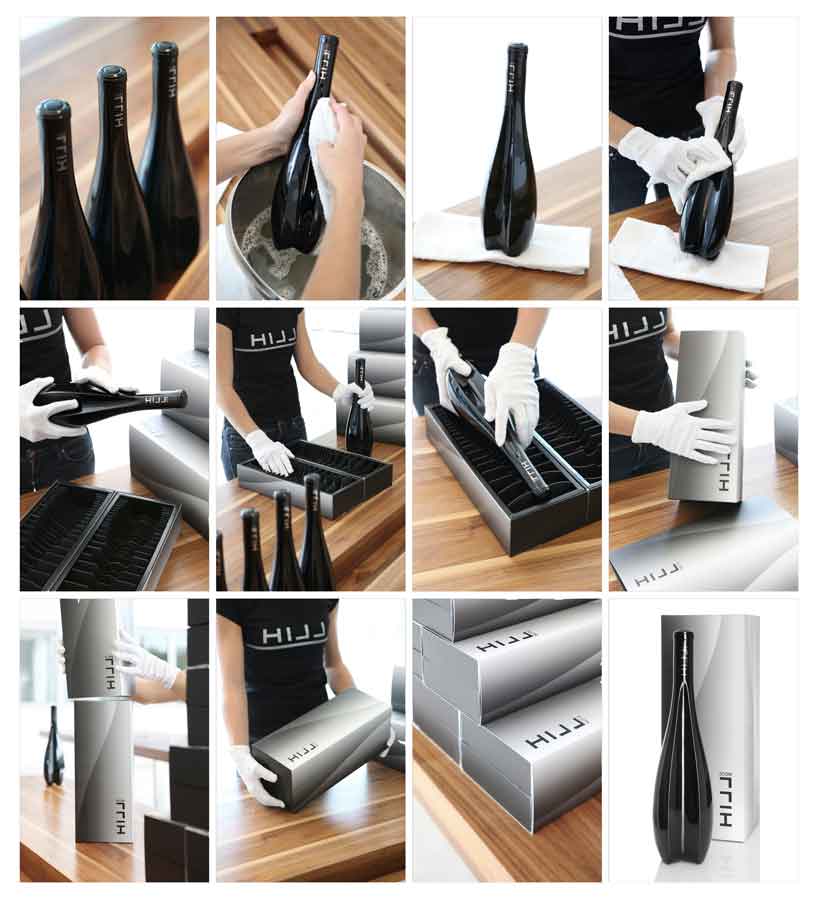 the elongated volume of the bottle has been derived from the profile of liquid droplets. a continuous spatial curve was then projected onto the bottle’s surface, defining areas for the concave indentation and suggesting the waves created when droplets break a liquid’s surface. 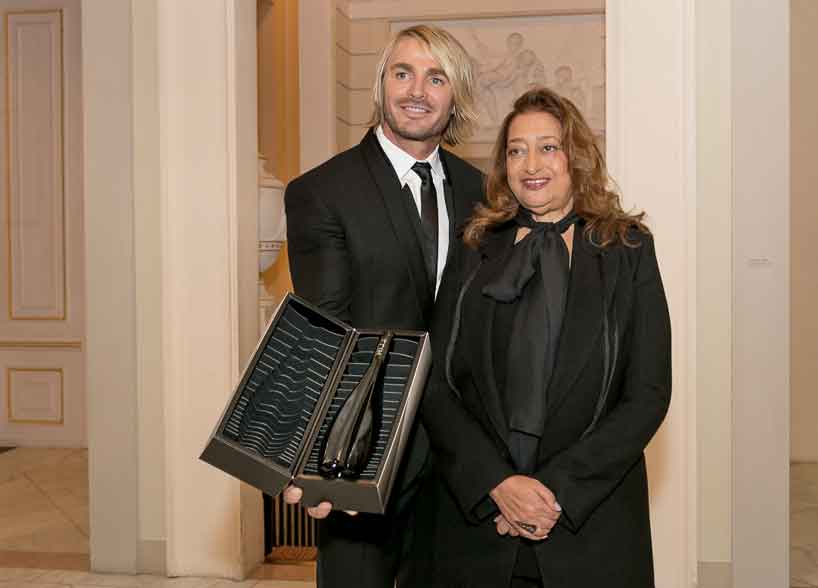 the concave indentation and the bottle’s surface have the same curvature, enabling a set of bottles to interlock and be perceived as singular whole. a smaller indent and volume has been created at the base of the bottle for correct handling and to accommodate any tartrates.